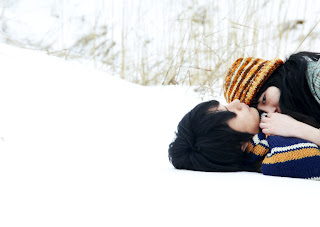 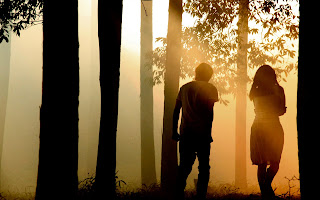 Tran Anh Hung is the only Vietnamese filmmaker to ever receive an Academy Award nomination in the Best Foreign Film category, received for his first film, THE SCENT OF GREEN PAPAYA (1993), though the filmmaker emigrated to France at age 12 following the fall of Saigon.  Known for his lush visuals and languorous pace, this film is no exception, adapted from the Haruki Murakami novel which is interestingly set during the student protest movement of the 1960’s along with the accompanying air of sexual liberation.  Feeling almost like two separate films, the first half establishes the characters and sets the tone for the rest of the film, beautifully shot by Hou Hsiao-hsien’s cinematographer Mark Lee Ping-bin, a visual extravaganza narrated by Watanabe (Ken’ichi Matsuyama), a socially aloof but conscientious and bright college student in Tokyo whose boyhood friend commits suicide, where he falls in love with the dead boy’s emotionally fragile girlfriend Naoko (Rinko Kikuchi) who mysteriously disappears after their initial sexual encounter apparently brings back painful memories, leaving no trace of how he can find her, so he writes letters to her known addresses hoping they would be forwarded to her.  Through the letters we get an understanding how deeply he feels for Naoko, believing he’s somehow responsible for her pain.  Living in a college dormitory, he is dragged along with others where he meets other girls, namely Midori (Kiko Mizuhara), who actually pursues him, where initially the audience feels this is a much better match for him as she’s so outgoing and confident, where the pair actually seem happy together, but in a startling confession, they each claim to love another, which places their aspirations on the back burner, which gives rise to letters from Naoko, who is living in a remote retreat of some kind in an attempt to heal her wounds.

Throughout the film is a remembrance and lavish tone poem to first love, where the extraordinary visual beauty interweaves with the irrationality of obsessive longing, where Watanabe and Naoko feel a desperate need for one another, both clinging to hopes of reuniting, yet there is an overriding sense of futility that accompanies their feelings, as if weighted down by the death of their friend.  There is also plenty of sexual experimentation, where much of the dialog attempts a kind of abrupt confessional honesty.  Featuring another superb musical score by Radiohead’s Jonny Greenwood, this is one of the quietest and youthfully tender film experiences in recollection, exceeded perhaps only by Naomi Kawase’s SUZAKU (1997) which is even more fragile, but both of these two lovers remain damaged goods throughout, where initially there is a spirit of hope, accelerated by the gorgeously optimistic presence of Midori, which offers Watanabe an option, but one he fails to recognize, as he insists he will not abandon Naoko as her deceased lover did.  This road is a perilous journey, as Naoko hasn’t recovered, needing the spiritual guidance of others to get through each day, where Watanabe can visit her, but only in the presence of others, as she still loses herself in her troubles, falling ever deeper into psychological turmoil.  One of the best scenes of the film is when her friend plays the Beatles song “Norwegian Wood” on the guitar, where Naoko is sitting on the floor with Watanabe lying next to her in a moment of quiet relaxation, but to Naoko the lyrics are simply crushing and overwhelming, creating a hyper-sensuous personalized moment, like an acid rush, where her past traumatic recollections come streaming into her head all at once leaving her devastated and alone.

As the audience begins to realize the seriousness of Naoko’s condition, this leads us into the second half of the film which could otherwise be called the descent, taking on maudlin, melodramatic aspects that will likely turn off many Western viewers as lengthy, over the top, and unnecessary, bordering on pretentious, as it remains bathed in such a luminously beautiful setting, featuring plenty of walks through green fields or forests in natural landscapes, also including similar ventures in the wintry snow, where every shot glows in an idealized light.  Despite the downward trend, a meandering turn towards futility and utter pointlessness, which becomes the pervasive theme, happening suddenly, like dropping off the edge of a cliff, this remains faithful to Japanese sentiment—when honor has been soiled, suicide remains a noble option—where Naoko waffles back and forth between appreciation for the attention paid by Watanabe, and her hints that it’s all a waste of time and that he should get on with his life without her.  The initial pangs of romantic love have evolved into pathos and paternal obligation, where he has a highly developed sense of responsibility which continually paints him in a good light, but he’s aboard a sinking ship, and while valiantly trying to stay afloat, he remains lost in a cloud of death and denial, where his life is a charade of pretense and make believe, putting on a happy face for the ever dour Naoko.  When the two talk of the happiness they bring each other, there’s simply no sign of it any more, drowning in a sea of sorrows and regret.  The exaggerated sense of doom has a heightened sense given this artful design, as it perfectly matches youthful idealization, where disappointment can be catastrophic when hopes and dreams are undone by the sheer inadequacy of reality, leading to an emotional paralysis, where one remains in a permanent, near catatonic state of heartbreak.
Posted by Robert Kennedy at 1:42 AM