The Story of Lover's Rock 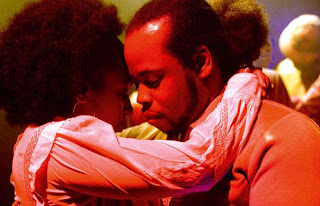 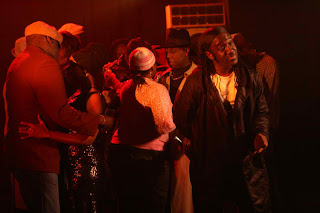 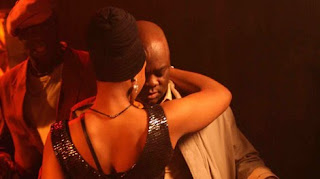 THE STORY OF LOVER’S ROCK               C
Great Britain  (96 mi)  2011  d:  Menelik Shabazz                     Official site
Set against the backdrop of riots and racial tensions in South London in 1981, Lover’s Rock identifies a uniquely British adaptation of Jamaican reggae music from the 70’s and 80’s, music that appealed to a large segment of Caribbean culture in London, but was basically banned from playing on the British radio airways.  One music industry commentator noticed that despite the passing of some 40 years, reggae is still not a style of music recognized at the British Music Awards, banned for no other reason other than its racial implications.  The filmmaker, from Barbados, captures the origins of the cultural awakening, where at that time “only the British” were allowed in the pubs, a code word for white, as many of these ex-patriots are British born, where perhaps their parents are from the islands, where they literally had no social outlet until the rise of these Caribbean clubs that catered to mostly all black audiences, accentuating dark lights, a hypnotic bass rhythm, a reggae beat, with romantic lyrics associated with love, creating a rare intimacy in these young teenage lives.  Perhaps the most amusing acknowledgement coming from both men and women looking back at their experience is that the house lights were so dark that you couldn’t identify who you were dancing with except by their body rhythms, where the joined-at-the-hips, rock steady method seemed to be the favored dance method, doing dips and pulsating up and down motions, where the intimacy of the experience was something to be treasured, something kids looked forward to every weekend.  But when the house lights came on and one got an unflattering glimpse of an ugly or unattractive partner, the dance was over.
Both the phenomena itself and the racial angle show rare insight, but the documentary shows little footage from the times and instead recreates modern era simulated dances through a kind of nostalgia-tinged vantage point, where the teenagers are now middle aged, and the musical performers are singing songs they made famous forty years ago.  Of course one would rather see the real thing instead of a re-enhancement, so instead it relies upon the commentary of various people in the music industry, as well as people who recapture the recollections from their youth, all of which has a way of continually looking backwards.  The music talking heads attempt to suggest there was a difference between British and Jamaican Lover’s Rock, but then provided no musical examples for the audience to compare, also offer a few musical explanations, such as American soul music tends to accentuate the mid-range bass notes, as that sounds better on the radio.  Lover’s Rock, on the other hand, was never played on the radio, but was featured as a kind of house music, so they accentuated a much deeper bass sound, as the rhythm is always led by bass lines, where during the week they may actually practice introducing deejay style reverberations that generate a unique sound over the blasting sound systems, where a sampling of the music might work better than the explanation.  This is the frustrating aspect of the film, as only snippets of the original music are ever heard, instead it’s a soundtrack laden with recreations.
Many of the original performers offer their views, where especially interesting is the impact of women singers, adding a softer side of the experience, as heard here:  Louisa Mark's (only age 14 at the time) Caught You in a Lie (1975) on YouTube (6:49), where young teens would wait for the deejays to play what was designated couples music, as this intimacy was designed to be shared.  Modern era deejays apparently don’t focus on this softer side anymore, as especially male lyrics tend to be harsh and brutal, showing a razor edge instead of a romantic notion.  Since this Lovers Rock music provided such a healthy outlet to the otherwise constantly harassing racial rejection and abuse of the era, especially since blacks were routinely targeted for crimes by the color of their skin rather than any suspicious or criminal behavior, it is one of the few positive memories of their constantly agitated youth.  Brief footage of the Brixton riots of 1981 is shown, said to be the birth of black rights in Britain as people came out in mass to protest the abusive actions of the policemen, finally standing up for themselves and the continual mistreatment of its own citizens.  The modern era racist inclination to continue to associate reggae in Britain with only black music and culture as a kind of second class status, still denying access to public airwaves, diminishes the international power of the music itself, which preaches one love and one heart, and a kind of universal interracial community living in harmony, beautifully expressed by young Japanese reggae singers who are popular in their own country, and where some of these original Lovers Rock artists are selling first time records to an enthusiastic Japanese audience after having been denied recording contracts in their own nation forty years ago.  One wishes this might have been more thoroughly explored, perhaps from experts outside the music community examining the social implications, as the film leaves a bitter taste of racism at the root of reggae in Britain, with little hope that this will change in the foreseeable future.
Posted by Robert Kennedy at 12:20 PM