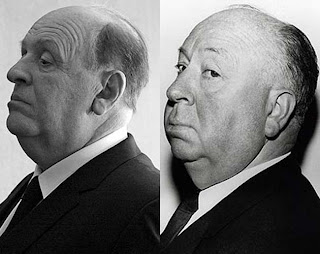 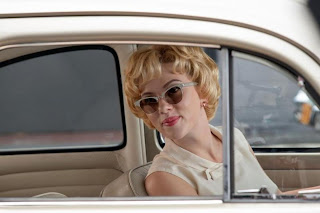 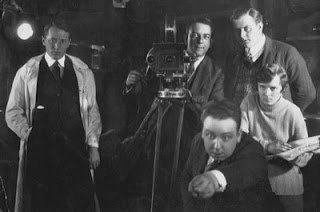 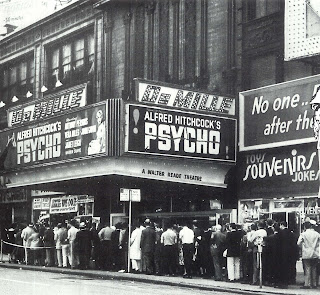 Interesting that a film about Alfred Hitchcock, cinema’s most legendary director, would be made by a director nobody’s ever heard of—not exactly the kind of ringing endorsement that would raise the dead from their slumbers.  Known for making a heavy metal rock ‘n’ roll documentary entitled ANVIL:  THE STORY OF ANVIL (2008), something of an offshoot of THIS IS SPINAL TAP (1984), this is quite a jump to a portrait of the Master of Suspense.  Adapted by John J. McLaughlin from Stephen Rebello’s 1990 book Alfred Hitchcock and the Making of Psycho, where he interviews virtually all surviving cast and crew members, the film is a behind-the-scenes look at Hitchcock’s personal life with his wife Alma on the making of PSYCHO (1960), a radical departure from his typical selection of sophisticated espionage or suspense stories, choosing instead to make a black and white, B-movie horror film based upon such crude and offensive material that all the other film studios had already rejected the story.  Working for Paramount Studios, his last film working with them was VERTIGO (1958), a box office flop, considered too downbeat and difficult for the viewing public, though ironically now a half a century later, the film has overtaken CITIZEN KANE (1941) as the greatest film of all time, a position KANE held for 60 years, according to a British film magazine poll of over 800 film critics polled once a decade, Sight & Sound 2012 Polls | BFI | British Film Institute, while NORTH BY NORTHWEST (1959) was a smash hit while Hitchcock was on loan to MGM Studios.  Paramount was looking to recoup their losses from Hitchcock, and when they discovered the crude source material for the film he wanted to make, they balked, refusing to finance his film.  Hitchcock was forced to borrow against his own home and finance the film himself (for about $850,000), putting his career and marriage at great risk, leaving him emotionally and financially spent, considering the continual pressure he was under to deliver a hit.

Hollywood loves these kinds of spoofs on real life, using actors that bear surprising physical resemblances to the real thing, where all one has to do is look at the Best Actor Awards of the last decade, Sean Penn as Harvey Milk in MILK (2008), Forest Whitaker as Idi Amin in THE LAST KING OF SCOTLAND (2006), Philip Seymour Hoffman as Truman Capote in CAPOTE (2005), Jamie Foxx as Ray Charles in RAY (2004), or the more recent attempt by Michelle Williams to play Marilyn Monroe in My Week with Marilyn (2011).  Unlike all of those movies, what makes this one different is the tongue-in-cheek humor expressed throughout, so it’s not so devastatingly serious all the time.  Since Hitchcock himself was possessed with such a delicious wit, this character trait seems to override all his other flaws, which are certainly on display, from the maniacal director who controls every aspect of each shot, to the over-controlling husband who suspects his wife is having an affair, to elements of psychological obsession and absurdity, as Hitchcock is a born sucker for that icy blond that continually eludes him, yet when he’s attempting to grasp how best to shoot his movie, the film literally inhabits him, like ghosts visiting Scrooge, where he often succumbs to an unhealthy dialogue with phantom spirits from his movies.  One might think Hitchcock was in touch with his subconscious, as that’s often such a prominent theme of his films, but with PSYCHO, he was playing with fire, where the devil often got the best of him.  Anthony Hopkins has no problem whatsoever making the transition from Hannibal Lecter to Hitchcock (“Just Hitch, hold the cock”), apparently relishing the perfect enunciation of every syllable, while the blunt outspokenness of Helen Mirren (never shy) is likely nothing at all like the real Alma Reville, Hitchcock’s more reclusive wife who almost always remained publicly behind the scenes, but her ability to match wits and hold the floor with her husband is a nice twist, especially the way she continually tried keeping him on a vegetable diet.  She was, apparently, Hitchcock’s boss when they first met in the London film studios of the 1920’s, with a sharp eye for finding mistakes and inconsistencies in the frame, an expert in both editing and writing, collaborating throughout her lifetime with her husband, though rarely receiving any credit.


Hitchcock believes the mainstream popularity of his TV show Alfred Hitchcock Presents (1955 – 62) has straightjacketed him into making films that the public expects instead of the kinds of films he wants to make.  One of the more questionable, but amusing aspects of the film is Hitchcock’s interaction with Ed Gein, the notoriously grisly killer upon which PSYCHO, as well as SILENCE OF THE LAMBS (1991), is based, whose continual reappearance suggests Hitchcock’s volatile interior psyche is spilling out onto the surface, where his own insecurities often get the best of him.  Nonetheless, it’s interesting to see how Gein’s mama’s boy personality manifests itself in the squirrelly nature of Anthony Perkins (James D’Arcy).  Scarlett Johansson plays Janet Leigh, apparently grateful to be working with someone other than the equally tyrannical Orson Welles in TOUCH OF EVIL (1958), where Welles put her through Hell, actually breaking her arm during the rehearsals but going ahead with the entire shoot anyway, only to discover she’s getting killed off at about the 45 minute mark in PSYCHO, something unheard of at the time for a lead character.  Johansson is a gamer and maintains her wits about her as another notorious Hitchcock blond, the object of his subconscious desires, where it’s suggested that Jimmy Stewart’s dark psychological disturbance in VERTIGO is the closest one comes to the real life Hitchcock persona.  He was adamantly unforgiving of Vera Miles (Jessica Biel), targeting her as his next star in the lead role in VERTIGO until her pregnancy put an end to that idea, still fuming over the subsequent delays in production costs, treating her coolly on the set, giving her “a thankless role for an utterly thankless girl.”  Toni Collette is almost unrecognizable as Hitchcock’s loyal secretary, and of course the overbearing Paramount producers are seen as the moral hypocrites and cowardly backstabbers that they are.  While the underlying humor is easily the best part, which is something this young director apparently brought to the film, but like most of these biographical portraits, there are flaws galore, like a needless side story with Mirren and Danny Huston that goes nowhere, and a wrongheaded suggestion that the shower scene was somehow saved in the editing room (it wasn’t—give Hitchcock credit for knowing how to shoot a scene), but while somewhat light on substance, it’s entertaining throughout and casts a glow on Hitchcock’s illustrious career, as the picture was enormously successful and instantly changed the face of horror films forever.
Posted by Robert Kennedy at 2:00 AM