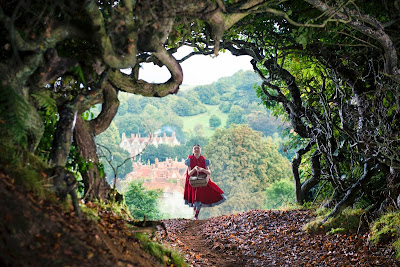 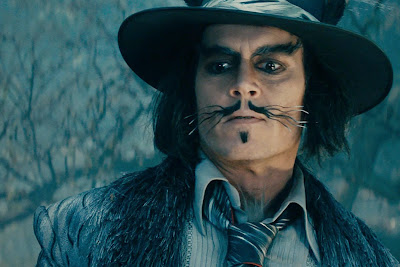 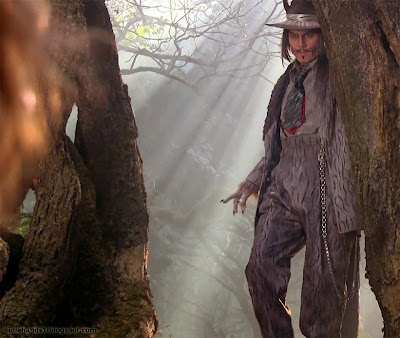 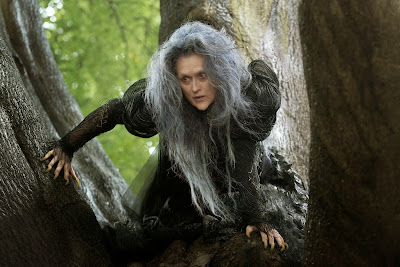 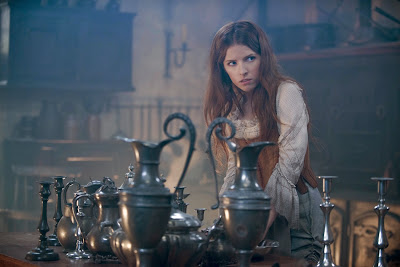 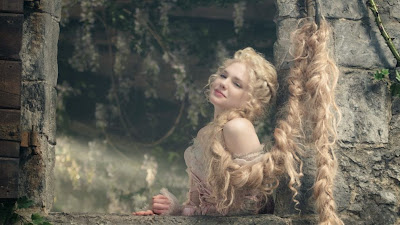 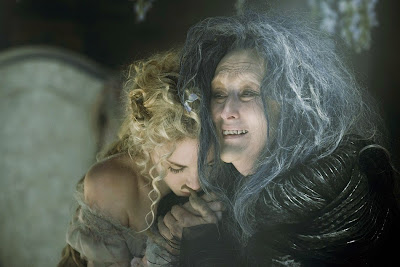 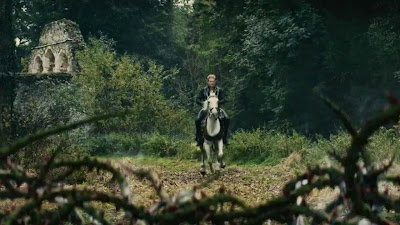 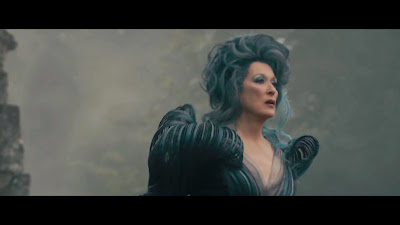 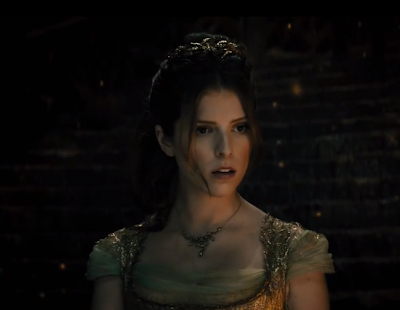 
One of the most beloved musicals in the Sondheim repertoire, one that inverts the childlike innocence of fairy tales, ingeniously combining several classic fairy tales into a single story, Cinderella, Little Red Riding Hood, Rapunzel, and Jack and the Beanstalk, allowing tragedy, heartache, and death to intrude, creating a post apocalyptic feel that mirrors today’s post 9/11 world where unspeakable horrors continue to plague and traumatize a harrowed worldwide population, especially each new generation of children.  Originally opening on Broadway on November 5, 1987, the production won three Tony Awards, Best Score (Sondheim), Best Book (or Story, James Lapine), and Best Actress in a Musical (Joanna Gleason as the Baker’s wife) in a year dominated by The Phantom of the Opera, winner of seven Tony awards, becoming the longest running Broadway show in history.  While the original film version, Into the Woods (1991), directed by Lapine was simply filming a live performance of the original Broadway cast in front of an audience, the original singers are far superior, especially Bernadette Peters, who simply exudes greater complexity, bringing more humor and anguished personality into the Witch, while the comic timing throughout is more free flowing as well, but this is a much more entertaining version as the camera isn't so suffocatingly confined to fixed positions, though the direction does feel distracting at times.  More importantly, in both productions the Sondheim complexity really does shine through, where the theatrical experience is not only among the best Sondheim productions of his entire career, rivaling West Side Story (1957) and Company (1970), but among the most transforming theatrical experiences ever.  Nonetheless, the film underwent many changes to be brought to the screen by Disney, which will invariably be questioned, especially by Sondheim purists who wouldn’t change a thing, but it does streamline a three-hour production, with an Intermission, into a two-hour film.  First off, it eliminates about ten songs, including two new songs written by Sondheim specifically for the film that were also dropped.  Additionally, there is no narrator standing off to the side of the stage, which is seen as more of a theatrical device, instead the narration is provided by the Baker (James Corden) from the opening scene, which adds a bit of symmetry as he is again telling a story at the end of the movie.


While Into the Woods (1991) *is* the definitive stage version, after the passing of 25 years, perhaps it’s due for a reassessment.  It’s worth noting that the legendary Bob Fosse took the stage version of Cabaret and completely changed it for the film, which won 8 Academy Awards, including Best Picture, Best Director, beating out Francis Ford Coppola in the process for THE GODFATHER (1972), Best Actress, and Best Supporting Actor.  Fosse cut two major characters, remade the lead into an American, and cut most of the material except for the songs in the nightclub, and for that the man is considered a genius.  Comparatively speaking, these are only minor alterations, none of which change the tone of the original, except perhaps it’s darker, as none of the characters who are killed off return to the stage for a rousing final number before the curtain falls.  As something of a quest movie, the opening ten minutes or so are a rush of exhilaration built around a single musical theme of “Into the Woods,” which introduces the central characters, the childless Baker (Corden) and his wife (Emily Blunt, probably the best thing in the entire show), who have been cursed by the Witch (Meryl Streep in a less comic, much meaner version), who has herself been cursed into ugliness, demanding that they retrieve certain items to reverse the spell in order to conceive a child, where they continue to interact with other storybook characters throughout their journey.  Nearby the poor and not so bright farm boy Jack (Daniel Huddlestone) is scolded by his mother (Tracey Ullman) when he hesitates to take his best friend, a cow named Milky White, to the market for needed money, while Cinderella (Anna Kendrick) is continually humiliated and mistreated at home as she dreams of attending the luxurious Prince’s ball, but visiting her sick grandmother is Little Red Riding Hood (Lilla Crawford) who gathers as many cookies from the Baker as she can, stuffing them into a basket before she skips along into the woods, meeting a devious wolf (Johnny Depp) who has other ideas along the way.  Often you can’t really tell where one musical number ends and another begins, continually moving in and out of dialogue, where film allows much of the story to be told in flashback, something you can’t do on stage.


Stage shows are notoriously difficult to bring to the screen, where Sondheim’s earlier A LITTLE NIGHT MUSIC (1977) fell short of audience’s expectations, while Tim Burton’s dark-themed SWEENEY TODD (2007) had flashes of brilliance but catered to a distinct few, quickly leaving the theaters after a short run.  But unlike earlier failed attempts, like CAMELOT (1967) or MAN OF LA MANCHA (1972), the inspiring magic of the Sondheim source material remains intact and can be enthralling, especially for those experiencing it for the first time.  The film is an alluring mix of absurdism and childhood fantasy with real life themes, where the stark seriousness can catch unsuspecting viewers off guard, yet the beauty of the music can literally be enchanting.  There’s a broad attempt to turn this into a Shakespearean Midsummer Night’s Dream, an exotic place where a little magic dust gets everything mixed up, including the two Prince Charmings, Star Trek’s Chris Pine as Cinderella’s Prince and Billy Magnussen as Rapunzel’s Prince, both hamming it up to excessively vulgar and distasteful delight while singing “Agony” like a cologne advertising shoot along some artificial waterfalls, each complaining bitterly about the difficulties encountered in their attempts at romance, eventually marrying their destined fairybook sweethearts before time creates a rift between them, where both cheat on their wives with little to no remorse.  This incident in particular plagues the Baker’s wife, succumbing to the Prince’s charms in a momentary lapse of reason, who feels as if a kind of madness has taken over, as the world around her is quickly coming apart at the seams before she finally comes to her senses, but it’s too late, a victim of the unpredictable violence of the times.  The film retains the brilliance of the original story, which has not only a fascinating interplay between what’s real and what’s imagined, but has another interesting dynamic where children are seen through the eyes of Little Red Riding Hood and Jack, while the emphasis on the Bakers shifts the importance to the views of expectant parents, where the disasters occurring throughout reflect a kind of imaginary world that they both need to navigate their way through together.  When the Witch sings “Stay with Me” to her daughter Rapunzel as she’s about to leave with her Prince, it’s one of the best songs about parental loss ever written.  Perhaps more emphasized in the film are the anxieties associated with parenthood, where the Baker encounters the spirit of his father more as a reflection of his own fear of fatherhood, which is paralleled later near the end when the Baker encounters the spirit of his dead wife, offering him tender but encouraging words of advice about his ability to handle such a complex situation on his own.


Perhaps no contemporary American composer has broken more rules than Sondheim, who views humankind as potentially problem solving.  To that end, the opening is stuffed full of complicated situations, with each character drawn into this internal whirlwind of the story.  But as the film progresses, the concept of time expands with age, becoming more contemplative, where the marvel of the story is how the characters interact with one another, where their shared conflicts help them grow as they ask questions about what to do.  According to Mark Eden Horowitz’s Sondheim on Music: Minor Details and Major Decisions, “wishing” is the key character in Into the Woods, wishing for love, for a child, for understanding, which connects the characters not only to one another but to the audience.  The initial fantasies are elaborated upon through a sophisticated musical score that initially charms and delights before growing more somberly reflective.  Sondheim was himself abandoned by his father at age ten and had a psychologically abusive mother, eventually becoming an institutionalized child having little contact with his original family.  When his mother died in 1992, Sondheim did not attend the funeral.  This dark world of feeling abandoned and disconnected from the world around you is the setting of the film, where the songs literally bring the viewer inside these fragile moments of tragedy and personal loss that become nothing less than heartbreaking in the song “No One Is Alone,” No One Is Alone by Bernadette Peters - YouTube (5:15), where Cinderella, separated from her Prince, comforts Little Red Riding Hood while the Baker, who has lost his wife, consoles Jack after he’s lost his mother.  The film is preoccupied by the tragedy of the times we live in, which has become a much more unstable and threatening world.  Visited by the spirits of the ones they (and we) have lost, it’s the Witch who uncannily sees through this myriad of missed connections, unraveling lives and broken dreams, and as if in a haze delivers one of the most hauntingly beautiful songs, “Children Will Listen,” Children Will Listen by Bernadette Peters - YouTube (3:05), that somehow magically and triumphantly reconnects us all to each other, from one generation to the next, literally transforming this fairy tale about inexplicable loss into a transcendent passion play on love, forgiveness, and human redemption.
Posted by Robert Kennedy at 12:00 AM