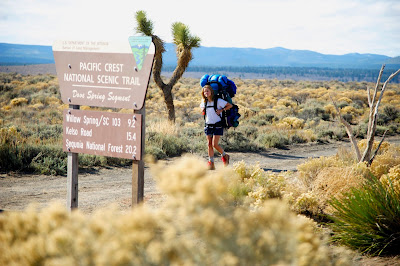 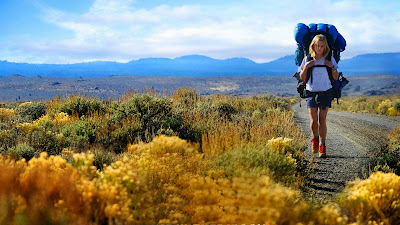 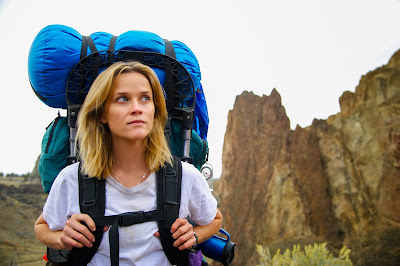 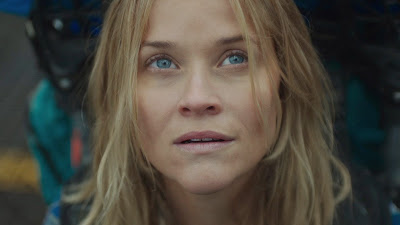 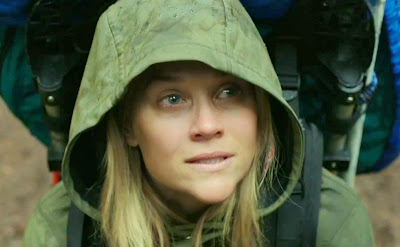 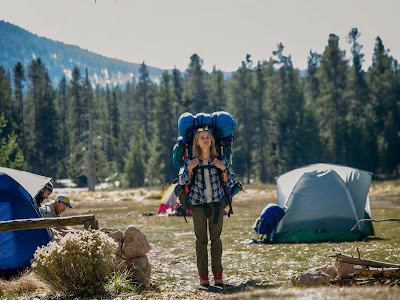 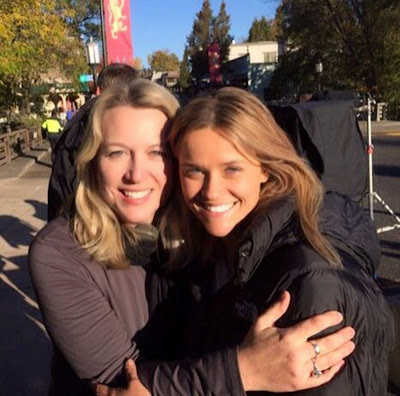 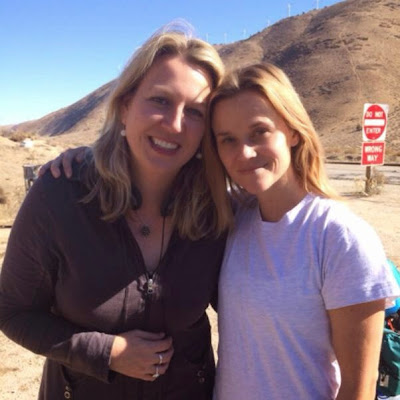 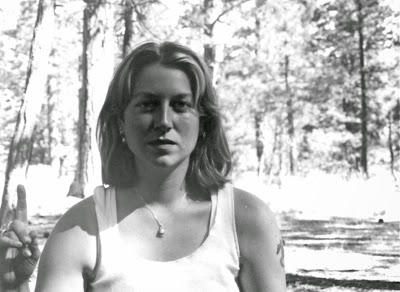 I chose to tell myself a different story from the one women are told.
—Cheryl Strayed, author of Wild: From Lost to Found on the Pacific Crest Trail, 2012

Adapted from the 2012 memoir, Wild: From Lost to Found on the Pacific Crest Trail by Cheryl Strayed, this is a case where literature is the better format than film, as most of the story is told through seemingly disconnected, stream-of-conscious thoughts that continually feel fragmented in the film, randomly pulled together through music and flashback sequences, but it all feels so cliché’d, especially the choices of music, which are mere snippets, where the audience never gets a feel for how or why this journey is so essential, other than on a superficial level.  It’s not unusual for people’s lives to fall apart from time to time, but this is certainly an unusual method to put the missing pieces back together again.  By the end, despite the grand poetic gesture, supposedly finding transcendence in the final moment, there’s little reason to believe this character is really any different, as she’s always been the sum of her parts.  The film pales in comparison to the male counterpart, Sean Penn’s Into the Wild (2007), where the characters throughout are more deeply fleshed out and complex, offering more memorable performances, where here it feels more like a mother and daughter film, where neither one is fully revealed, but remain abstract configurations.  Reese Witherspoon purchased the rights to the book, while Oprah listed it on her Oprah's Book Club 2.0 in June, 2012, becoming a #1 best seller for seven weeks, where Witherspoon plays the lead character (author Cheryl Strayed) and is also a producer on the film.  While the backstory is only revealed in flashback, the film counts off the days in 1995 as 26-year old Cheryl begins her journey alone in the Mohave Desert near the Mexican border and follows the Pacific Crest Trail through the mountainous terrain of the Sierra Nevada in California and the southern end of the Cascade Range in Oregon, where hikers have to make sure they complete enough miles every day to reach the opposite end of the trail before weather conditions make snowy sections impassable, targeting several resupply points en route to stock up on food and water, until reaching the Bridge of the Gods traversing the Columbia River at the border of Washington, the lowest elevation of the entire 1100-mile journey that took over 3-months.  While the feat is not to be minimized, something very few could actually accomplish, nonetheless the film itself minimizes the difficulty of the journey and instead attempts to reveal the unfolding narrative through the restlessness anxiety of her interior world.

While Cheryl Strayed is a novelist and essayist, someone extremely familiar with words and language, this adaptation by Nick Hornby is a poor substitute, as the various sequences never feel connected, but remain isolated moments, as people Cheryl meets along the road simply vanish from view without a word, where they, along with her memories, are like ghosts following her along the trail, where they never materialize into living, breathing human beings that matter to the audience.  Instead, the camera focuses entirely on Cheryl 100% of the time, where everything else is incidental, even the vastness of the wilderness, beautifully photographed by Yves Bélanger, where despite the continuing timeline, there is no real comprehension of time and distance, as the film really takes place inside her head.  While the experience is a document of mood swings, resembling Danny Boyle’s 127 HOURS (2010), it lacks that film’s intensity and sense of desperation as well as the degree of difficulty encountered, though both rely upon the interior world of flashbacks.  In the end it becomes a road movie, where Cheryl’s initial encounters with her own naiveté reflect just how angry and unprepared she is to make such an extreme journey, where the F-word is littered throughout, but she receives needed help and excellent advice along the way.  One of the more unusual scenes is seeing Cheryl and Paul (Thomas Sadoski), her husband of seven years, getting matching tattoos, something they can share forever even as it comes on the day they are getting divorced.  Their familiarity with each other is touching, especially when Cheryl acknowledges she cheated on him, obviously recognizing the cost at that moment, adding that she actually cheated on him a lot.  This may be their closest moment together throughout the film, though it only hints at her own personal descent into reckless drug abuse and a rampant proclivity for sleeping around with any man that so much as looks at her.  Much of these self-destructive experiences are narrated as she hikes along the trail, becoming a parallel world of soul searching through her past that she carries with her throughout her long and arduous ordeal.

Perhaps the heart of the film is her close relationship with her mother Bobbi, Laura Dern, who rescued her and her little brother from an abusive and alcoholic father, yet maintained her dignity and self-esteem throughout the ensuing years of struggle, sacrificing all to make sure her children had a brighter future than her own, suggesting she would never change a thing if it produced something as beautiful as her two children, but she dies quickly at the age of 45 after being diagnosed with lung cancer, fueling a period of rage and self-destruction.  Her own history of sexual violation leaves her even more exposed as a lone traveler through such remote territory, where she has to instantly assess her encounters with various men, where the possibility of sexual violence is always on the back of her mind, yet it’s the terrain she’s chosen to navigate on her own terms.  What’s perhaps most surprising is how few negative encounters she has, where most everyone she meets is helpful and overly friendly, except for a couple of leering, beer guzzling DELIVERANCE (1972) guys carrying bows and arrows, who find it most peculiar to run into a woman alone in the woods, though we never get a clear picture of just how much time is spent alone.  When she wanders into the heart of civilization, where a guy is passing out flyers for a musical tribute to Jerry Garcia, who just passed away, she jolts at the closeness of his physical presence, something she’s obviously not been used to for several months, where she has to recalibrate her bearings.  But apparently it’s like riding a bike, as in no time she’s hopped into the sack with the same guy, heading back out the next morning.  Particularly because she crosses through some of the prime real estate for pot growing in America, one wonders what might have been cleaned up for the movie, as drug use is not uncommon for back packers in that neck of the woods, but this subject is completely glossed over without incident.  While we assume Cheryl has gone through some psychological trajectory, this is never evident, though a final sequence attempts to grow increasingly transcendent without ever actually rising to the moment.  It recalls a more dramatically compelling bridge sequence at the end of Chris Eyre’s SMOKE SIGNALS (1997), where both films attempt to reconcile the violence and discord of their pasts with a Siddhartha-like moment of self-realization.
Posted by Robert Kennedy at 12:01 AM