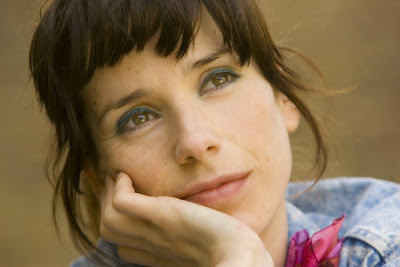 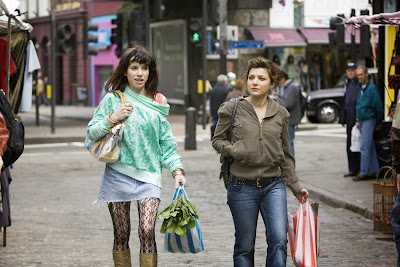 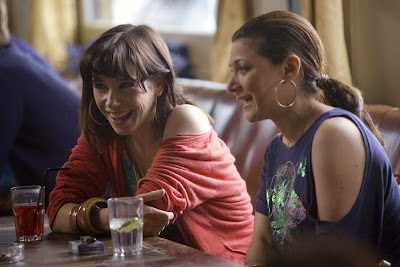 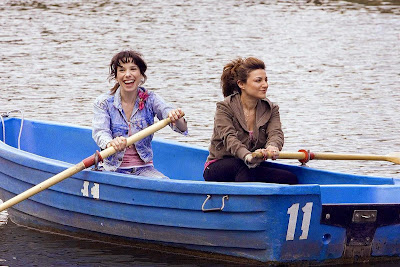 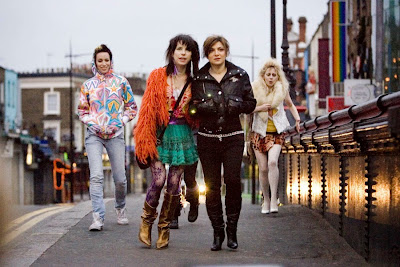 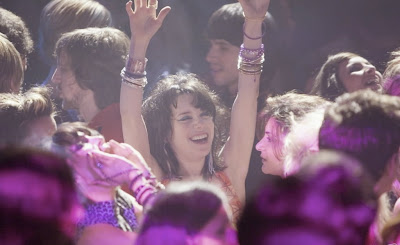 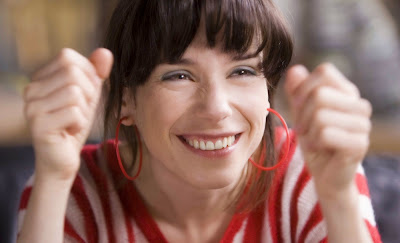 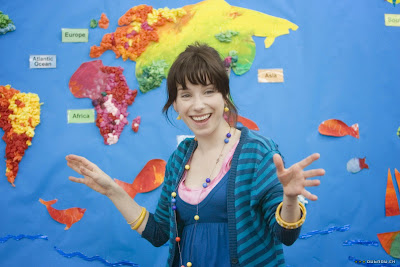 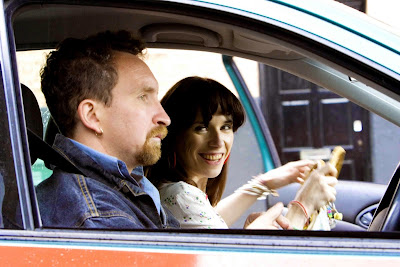 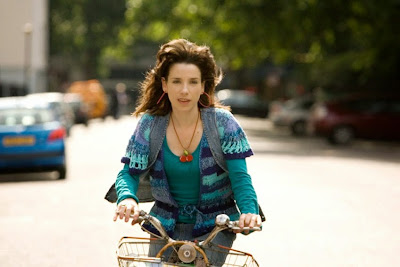 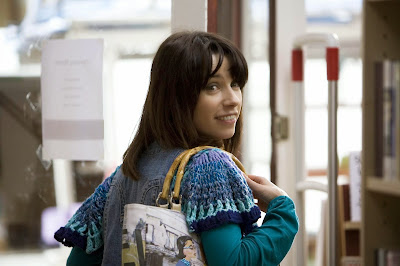 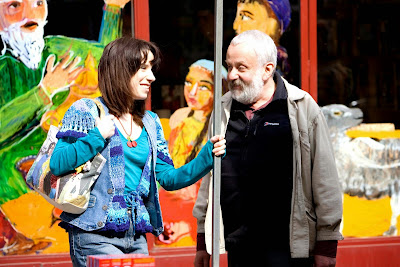 This question is asked several times throughout the film, almost as a throwaway line, as it can easily get lost in the continuous babble of the lead character known as Poppy (Sally Hawkins).  While she asks it of others, the question is more appropriately asked of her.  For the opening thirty minutes or more, it is impossible to wipe that smile off her face, as if it is artificially attached.  Whether good or bad circumstances, she simply exudes a dizzying good humor that feels more like a reflex action than the real thing, as if all the nervous chatter coming out of her mouth is covering up something that lies beneath.  She lives with a more grounded roommate Zoe, Alexis Zegerman, her best friend in the world, as they traveled through Australia and Southeast Asia together and now both teach inner city elementary school children in London, but the storyline implies there is perhaps more to their relationship.  Poppy, however, is also interested in men, as if bisexual curiosity offers a means to explore her own sense of unfulfilled identity, which at age thirty is still an open question.  It is as a teacher that Poppy finally gets serious, as her tendency to overreact to everything in general is in perfect synch to the world of first graders, as rather than berate an obviously troubled child who is starting to hit other children, she befriends him with the hopes of earning his trust.  Her affection is in earnest, but the audience wonders what troubled past of her own remains concealed.  This is exacerbated further in a somewhat surreal scene where she inexplicably puts herself in harm’s way and visits an obviously crazed homeless man (Stanley Townsend) and tries to connect with him, as if attempting to bring him some degree of warmth or happiness.  Some give their pocket change, Poppy gives her smile and good cheer.  But upon returning home, she conceals where she’s been, as if she can’t really explain it even to herself.

Leigh is known by his connection to theater and his rigorous improvisational rehearsals not only prior to shooting but prior to developing his story.  Unfortunately, much of this film feels like an attempt to string together several of these worked out sequences, never really creating a cohesive whole.  As a result, the story becomes a contrast in moods told in different segments, a visit to a book store, girls night out at the disco, Poppy’s stolen bicycle and her subsequent decision to take driving lessons from an irascible, pathologically uptight misanthrope (Eddie Marsan) who is the living personification of road rage, flamenco dance classes from an infinitely charming (“This is My Space!!!”) Spanish instructor from Seville (Karina Fernandez, who it turns out is not even Spanish), who encourages women to seek their flamboyant side, a gentleman caller, visits to her discordant family members, as well as scenes from school.  What these scenes all have in common is that they are revealed from the singular perspective of Poppy’s character, which becomes clearer and of greater interest over time.  Despite this development, Poppy continues to remain a mystery, as she obviously wants to please the world around her but the magical unanswered question is why?  What motivates her?  Behind the smiles and the giggles and the sarcastic, smart aleck comments, one wonders if she’s truly happy or simply pretending to be.

Throughout the film we wait for the other shoe to fall, for Poppy’s relentlessly cheerful disposition to be put to the test, but strangely, it never is, not seriously anyways, which is something of a disappointment, as it leaves us in limbo with the glass half empty and half full.  What are we to make of this?  While the look of the film is filled with bright cheerful colors, red and yellow cars and Poppy’s own psychedelically charged bohemian outfits, with a different pair of knee-length boots for every day of the week, there’s an overly strident string quartet from Gary Yershon’s  score heard throughout the film that has a carnival air about it, as if we are caught on a merry-go-round, whose somewhat pompous notes on occasion offer a sneer of disapproval, like the intrusion of gray clouds, perhaps the voice of the director or some smug I-told-you-so narration.  The constant theme of chamber music reminds us this is a chamber drama which offers a window into the typically intensely realistic Mike Leigh rendering of the human condition, dressed up here with bright sunshine and good cheer, but the picture of happiness on display here nonetheless borders on the artificially realized and the surreal, remaining equally elusive, hard to find, and arguably out of reach.
Posted by Robert Kennedy at 12:00 AM