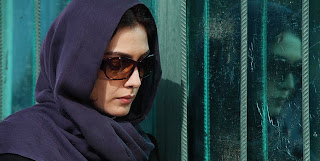 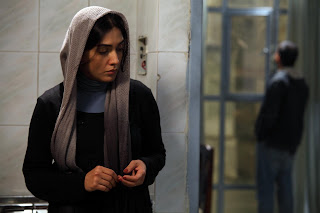 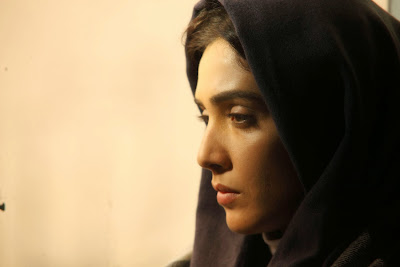 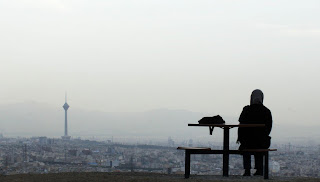 
Along with Jafar Panahi, this director was arrested in March 2010 after calling the election results of the June 2009 re-election of Iranian President Ahmadinejad a fraud, effectively calling it a dictatorship where artists in Iran may no longer speak freely.  Both were sentenced to six years in prison for “propagandizing against the regime,” where Panahi remains imprisoned while Rasoulof was released under house arrest.  This is a film that is a product of its political circumstances, as it was made while the director was under house arrest, seriously limiting the opportunities for filming on location, shooting nearly the entire film indoors.  This is a complete 360 degree turn from his previous film, The White Meadows (Keshtzar haye sepid) (2010), a near mythological experience filmed in the eerie white islands of Lake Urmia in the northwestern part of Iran close to Azerbaijan, the largest lake in the Middle East and the third largest saltwater lake in the world.  That film took full advantage of its surreal on location shooting, while this film is admittedly restricted, becoming suffocatingly cramped over time.  The entire film features the plight of a single person, Noora (Leyla Zareh), onscreen throughout the entire film, a human rights lawyer who has had her license pulled and is essentially out of work, also currently apart from her husband who is a journalist on assignment.  We follow her as she makes repeated trips to the doctor, as she’s pregnant, but necessary tests will not be authorized unless she provides signed permission from her husband, which is of course impossible.  She’s also attempting to get their passports in order for a possible trip abroad, again, impossible without the signed permission of her husband.  There are more inevitable complications while this same obstacle recurs multiple times in the film.


It’s an Orwellian film that reeks of the presence of Big Brother government constantly looking over her shoulder, as she’s actually visited unannounced several times in her home by a government team that removes her satellite connection, computer equipment, and anything else connecting her to the outside world, even some professional papers, where after awhile one suspects her entire apartment is bugged as well.  Her threat to the regime is that she’s an intelligent, well educated woman, where her growing exasperation is continually being treated like an elementary school child who is required to provide a permission slip from her husband to receive any social service.  Every visit to a different official also involves expected payments of cash, as the system is notoriously corrupt, where each level of the bureaucracy needs its own rewards.  Getting more fed up over time, she utters to a friend, “If you feel like a foreigner in your own land, it’s better to be a foreigner abroad,” an existential quotation that feels right out of The Stranger (L’Etranger) by Albert Camus, especially because the writer also explores the absurdism of human existence.  The only absurdity shown here is a government official’s closed covered window with a small hole at the bottom for people to bend down and speak into, never allowing anyone to view the official they’re speaking to, like something out of the dark days of Eastern Europe.


The film is reminiscent of an earlier film by Rakhshan Bani-Etemad, considered Iran’s leading female filmmaker, called THE MAY LADY (1997), which is another woman’s portrait, a modern woman in a modern city in a modern apartment, expressed as an existentialist essay in the emotionally detached manner of Godard, a lifeless and tiresome film that examines the life of a self-absorbed, divorced, middle-aged professional filmmaker who is attempting to raise her teenage son alone, manage her career, and respond to developing feelings in her life from a new relationship which appears to benefit her yet alienate her son, an emotionless film defined by an inertia of ambivalence.  But this movie never varies its gloomy, downbeat tone, dominated by a grayish color scheme, and never once offers even a hint of humor, feeling excessively fatalistic and downright morbid after awhile.  While it may take courage to release a film like this while under arrest, it’s a monotonous and overly repetitive effort where the theme of the movie is clear in the opening five minutes, a hastily put together portrait of a largely unseen totalitarian presence, where one can easily predict the outcome, but the director puts us through the grueling step by step routine of her harrowing existence, where her life is defined by the lack of freedom, stuck in the bottomless pit of Sartre’s No Exit.
Posted by Robert Kennedy at 12:00 AM