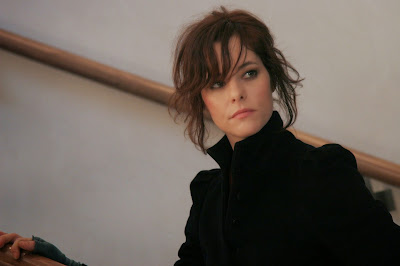 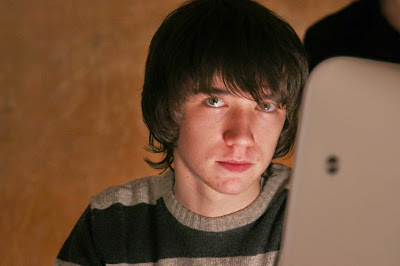 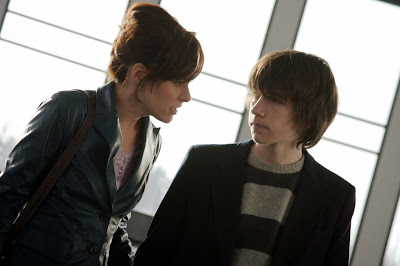 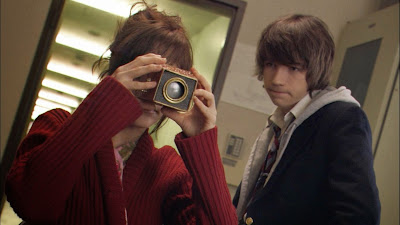 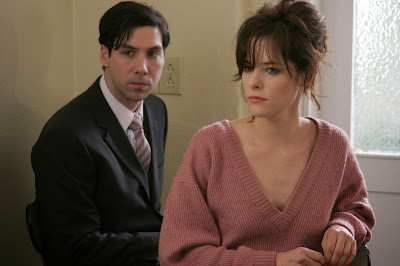 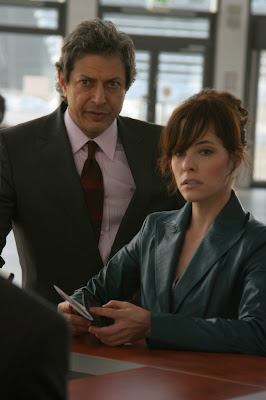 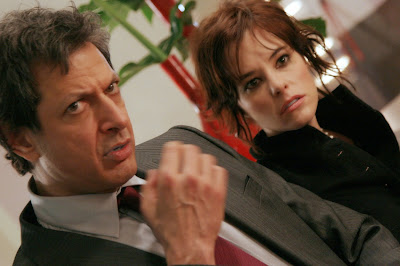 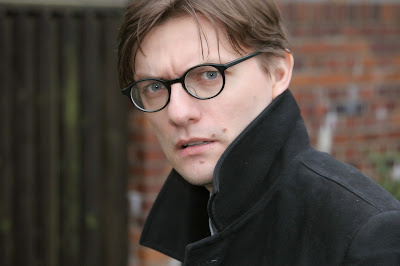 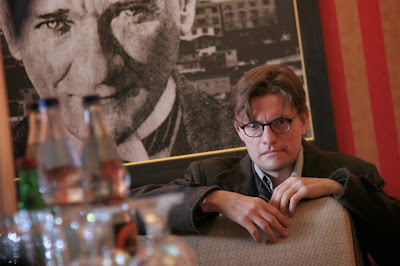 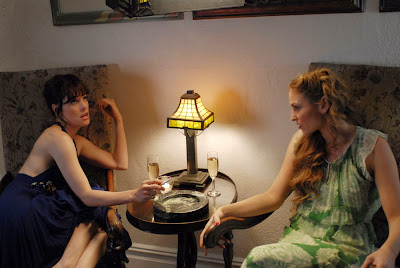 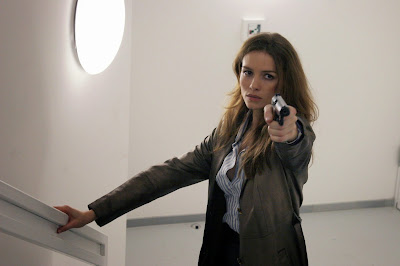 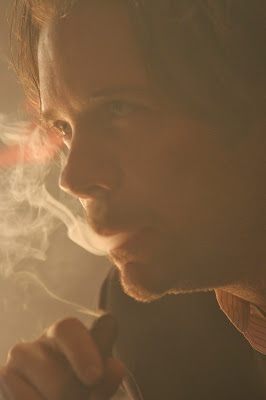 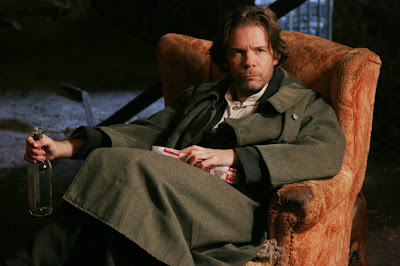 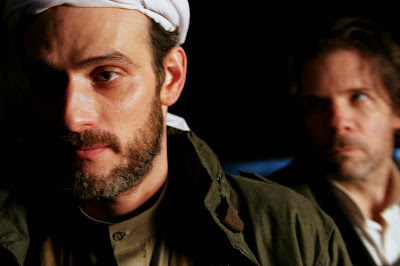 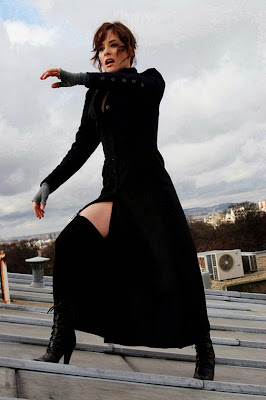 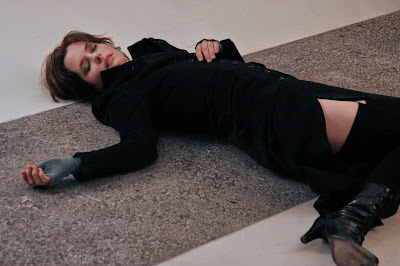 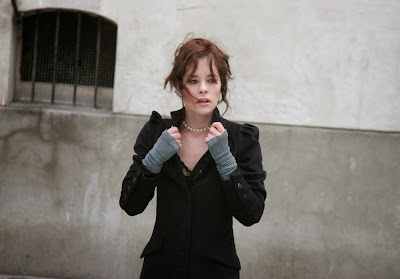 Another one of those inexplicably chosen Todd Wagner and Mark Cuban productions, men with questionable artistic resumés financing legendary American indie-film director Hal Hartley in this deliriously upbeat film about, like INLAND EMPIRE (2006)’s tagline, a woman in trouble.  Shot in New York, Paris, Berlin, and Istanbul, this film gives you no idea where it’s heading, even as it begins in the familiar neighborhood of Queens and extends outward to greater distances, eventually ending in the remote mindset of the entangled web of intrigue that resembles America’s current obsession with the murky underworld of terrorism.  What Hartley does do, besides write his own film music which blends perfectly with the changeable mood of his films, is write some of the best dialogue in films today, and through the skills of Parker Posey, see The House of Yes (1997), who provides a startlingly complex and risqué performance, he has crafted a wonderful balance of savage Team America-style subversive hilarity with the dramatic breadth of Posey’s ever changing persona where “she is not what she seems.”  Everyone underestimates Parker Posey, critics and audiences alike, as do all the men in this film, with the possible exception of her own family, led by the cynical CIA foil Jeff Goldblum, who fast and furiously spurts out the latest Agency plans which continually turn on a dime based on a series of their own catastrophes.  A comment on our modern day governmental quagmire you think?  Possibly, but think again, as this film invariably spoofs spy thriller films, including the exaggerated use of giant titles cutting into the action reminding us just where we are in place and time, in case we forgot, while poking a little fun at Hartley’s own 1997 film Henry Fool, which he uses in the musical prelude and fugue variation, starting with a restatement of the theme, combining updated elements from that theme, and then breaking into a jazz riff that all but obliterates any resemblance to the original except Posey, who always works within the framework of that film, while everything around her changes.  Lest we forget, Posey had a tiny role in Henry Fool, but made so much of her brief appearance that here it has expanded infinitely.

In a role resembling Gena Rowlands in GLORIA (1980), Posey makes a fashion statement as an ultra sophisticated woman dressed all in black whose composure is tested on every level, especially in a scene where she hides a cell phone set on vibrate in her pants.  Opening at home, Fay (Posey) is called to school to meet with authorities after her 14-year old son (Liam Aiken) is caught with a small hand-cranked moviola that reveals pornographic material, a device that he recently received anonymously in the mail, a gift that keeps on giving as it’s mined for more comedic material throughout the film.  “”It’s an orgy,” he matter-of-factly tells his mom when she peers into it.  But all is set right in the world as he’s eventually expelled from school for getting a blowjob from two classmates, but not until this knowledge has been perfectly set up by a single shot of two short skirted girls silently staring down the school staircase at him, like hawks about to swoop down on their prey.  But that’s the least of her problems, as waiting for her at home are a couple of CIA operatives led by motor-mouthed Goldblum who pesters her with questions about the supposed disappearance of her long lost husband, missing in action for the past seven years, the notorious conman Henry Fool (Thomas Jay Ryan), who they suggest may have dabbled in previous secret espionage missions involving governmental overthrows in Nicaragua and Chile, also rumored to have been seen in Israel, Iraq, China, and even the Vatican where the Pope threw a chair at him before disappearing into the friendly confines of the Middle East.  Of course, this all feels ridiculous to Fay, but her son confirms his own 5-year old memories of his dad’s bedtime stories which he still vividly recalls were a whirlwind of political intrigue.  All this leads to their report that her husband is dead, and there is a serious need to collect his previous series of notebooks, previously viewed as a series of deluded rantings, but now thought to be a secret code filled with potentially embarrassing international intelligence secrets.  As his widow, they want to send her on a mission to Paris to collect some of the known missing material, a mission that should she choose to accept, she makes contingent upon their releasing her imprisoned brother, Nobel Prize poet laureate Simon Grim, the ever dour James Urbaniak who was found guilty of conspiring to falsify documents which led to Henry’s escape from the country.  Fay’s overriding concern here is that her son needs a good home schoolteacher now that he’s been expelled from school and Simon is certainly up to the task.

This sends Fay unwittingly into the frenetically paced, cryptic world of international espionage, cover ups, false identities, wrong turns, double crosses, forged identities, and assassination attempts, as things don’t go precisely as planned, all set in motion by clues found in the moviola and the suddenly unraveling mysterious secret life of her missing husband, where bodies start piling up, but so does her collection of his missing notebooks.  As she gets deeper involved in the CASABLANCA (1942) like political charade, she discovers her husband may still be alive and meets a partner in crime, Elina Löwensohn, a Chechen punk rocker refugee on the run, “I’m not a spy! I’m a stewardess—sometimes a topless dancer!” who may have love connections to her husband, where the flashbacks of their hotel lovemaking reminds us of what an insidiously amoral creature Henry is, later describing himself to the Osama bin Laden-like terrorist and former friend who has been quietly keeping him under wraps:  “It’s just the way I am, I gravitate to the lowest common denominator on principle.”  But it’s Parker Posey, who begins the film as a distraught, deer-in-the-headlights mother, a clueless American abroad who sets the tone of the film by adapting to every situation presented to her, becoming ever more ballsy in her leggy slit skirt and high heeled boots, devising incredibly well-thought-out, on-the-spot strategies, planning harrowing escapes, making an eloquent plea for her husband’s life, adding real emotional weight to what might otherwise be seen as a Get Smart-style sideslapper comedy.  And while this may be the funniest film seen all year, it’s also one of the smartest and best written, filled with highly sustained deadpan, yet always intelligent dialogue that audiences are simply not used to, shot through oblique angles by Sarah Cawley Cabiya that straighten out at the end, changing its tone in the final reel, giving the film a novel inventiveness, utilizing the continuing presence of quirky characters and what is easily the performance of the year from Posey as well, a criminally underused American indie-film icon who is simply phenomenal in the extension of her dramatic range, who couldn’t be more perfect in this film, whose bewildered poignancy in the final shot is nothing less than sublime.
Posted by Robert Kennedy at 12:00 AM