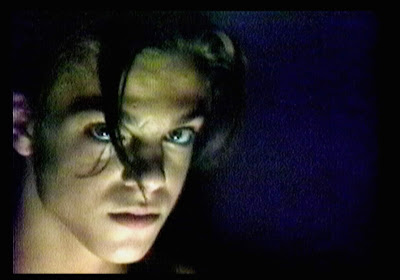 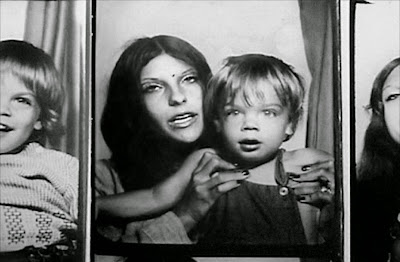 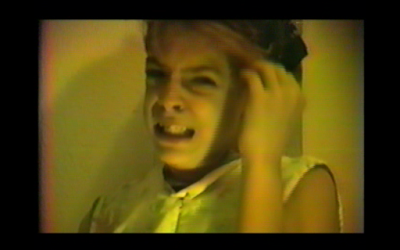 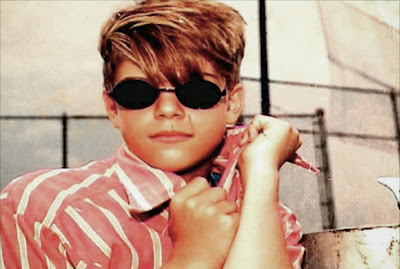 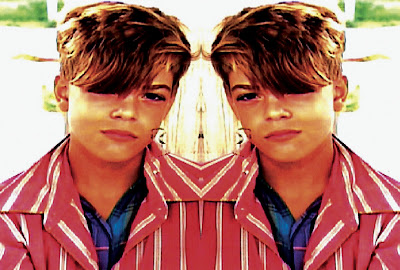 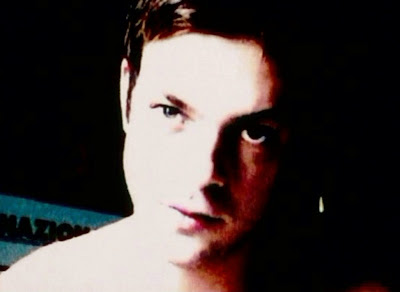 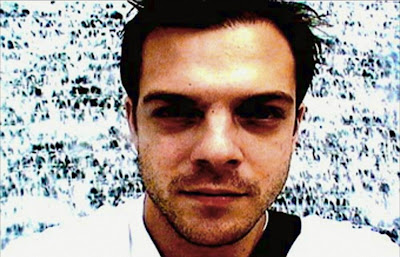 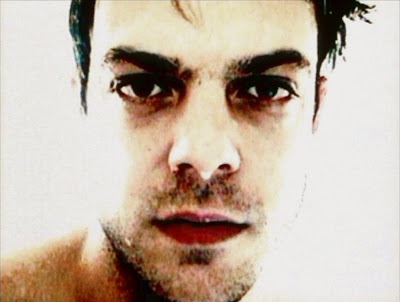 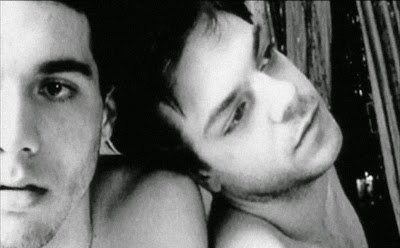 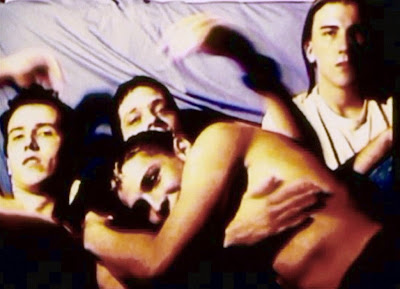 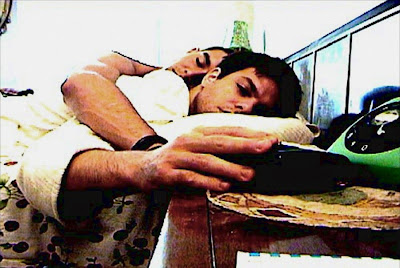 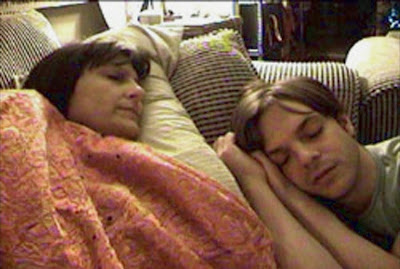 
What─documentaries never looked like this before?  Perhaps, for some, this style is not sufficiently underground, and for others, too stylistically exaggerated, as the film just doesn’t fit into the accepted genre of today’s films.  As a result, it’s not getting the kind of public response it deserves, as it’s being relegated to small, unattended theaters.  At least that’s the response here in Chicago, playing only in the small theater at the Music Box, it may as well have been given the kiss of death, which is a shame, as this is a radically different work that breaks the mold on what a documentary film should look like, which deserves be seen on large screens.  Instead it’s getting labeled as a gay film by some, ridiculed by others for being too self-indulgent, too much about one guy and his family, using home movies for Christ’s sake, so why is it relevant to me?  But the boldness of style here takes one’s breath away.  Despite its avant-garde reputation, this is one of the most tender, unapologetically unique films about love and self-affirmation that you’ll ever see.


What seems to be overlooked in evaluating this film is that it is, ultimately, a transforming love story through art.  And it is an opening for the viewers to question our own abilities to accept, as one of us, the mentally challenged.  The mentally ill are all too often relegated to the back rooms somewhere, out of sight, out of mind.  Here, Caouette has the courage to place his mother Renee LeBlanc front and center, showing us the woman he loves, Tarnation - Naked As We Came by Iron And Wine YouTube (2:37).  And brain damaged as she is, if he’s not ashamed of her, then why should we be of anyone who is similarly afflicted?  If we’re ever to bridge the gaps of intolerance, doesn’t it begin within our own dysfunctional families?  That is the ultimate challenge of the film.


What immediately stands out is what a beautifully structured, heartfelt, and eye-opening film this is, using a highly confessional, experimental, style that is punctuated by neverending streams of light, making incredible use of color, narration, editing, and very soft, intimate music that offers the viewer a glimpse of how Caouette feels about the various stages of his life, becoming an excruciatingly personal, autobiographical coming-of-age film, where he is credited as actor/writer/editor/producer/and director.  Initially put together for $218 using iMovie, Apple’s DV editing program, Caouette combines hyper-expressive film elements from his own family history, particularly his mother, who lost the use of her legs after a fall from the roof of her house, later diagnosed with a dead nerve, regaining her ability to walk, but at the time she received electric shock treatment, twice a week for two years, emerging with bipolar and schizo-affective disorders, where for the next 35 years Renee would be institutionalized more than 100 times, Diviner Sequence from Tarnation - Music by HEX, Steve Kilbey and Donnette Thayer YouTube (3:47).  During a distressing bus ride across the country, she suffered a psychotic episode in Chicago where Jonathan witnessed his mother’s rape at the age of 5.  One of the more traumatic moments at the center of the film is awaiting her recovery from a lithium overdose.  Nonetheless, the brutal harshness of these memories is contrasted by early photographs when she worked as a model, using a recurring theme of beauty and joy, which is how he continues to think of her even now.


Caouette blends parallel images of his own adolescent development, including his experience with abusive foster parents mixed with attention grabbing drug use and suicide attempts, acting out imaginary characters of his own creation, seen here at age 11 tarnation YouTube in English with French subtitles (2:53), his discovery that he is gay growing up in Houston, masquerading as an older goth girl to get into gay clubs, set to the music of the Cocteau Twins "Ice Pulse" TARNATION -clip de la vida de jonathan caouette YouTube in English with Spanish subtitles (3:20), much of which has the feel of low-grade horror films, his first boyfriend, also unusually creative spurts, such as starring in his own horror films or directing his own high school musical production of David Lynch’s BLUE VELVET (1986), lip-synching to the music of Marianne Faithfull.  There is an especially moving sequence of meeting and discovering his true love in New York, which is accentuated by the Magnetic Fields song “Strange Powers,” Strange Powers - YouTube (2:37), which feels so hopeful and optimistic, not in a dreamy sense, but realistically.  With much of the film shot in his own apartment, we see film posters of Fassbinder’s QUERELLE (1982), or Kubrick’s THE SHINING (1980), along with other artworks hanging on the wall.  Of noticeable interest is how effortlessly the filmmaker expresses the fact that he’s gay, so matter of factly.  It is the one aspect of his life that has not been tarnished, where he feels comfortable and relaxed about himself.  This is easily the healthiest aspect of his life.  What’s more unsettling is the front and center staging of some of the more incoherent and unglamorous sides of his mother, turning so much of the spotlight on her that many viewers come unhinged and start calling it exploitive.  However, as this film is largely a valentine “to” his mother, then showing us who she is, in totality, is showing us who he loves.


Again, every color has been overly saturated, images stretched and reformulated to create new art forms, all blended together with an intensely personal 3rd person narration that is unspoken, but is instead read like subtitles on the screen, using such eloquently simplistic methods to allow a distance, a detachment in describing tortuous realities that have an inner life of their own, eating and gnawing at him, even entering his dreams, but which drives him to create a stunningly unique work, a transforming artistic experience.  While Caouette’s experimental style is not completely new, certainly underground filmmakers from Andy Warhol to Stan Brakhage have devised similar looking films, but his use of such a gorgeously compelling experimental style as a cathartic means of excoriating such intensely personal and very real demons from his life in order to create a sense of being normal does seem revelatory.
Posted by Robert Kennedy at 12:01 AM