As We Were Dreaming (Als wir träumten) 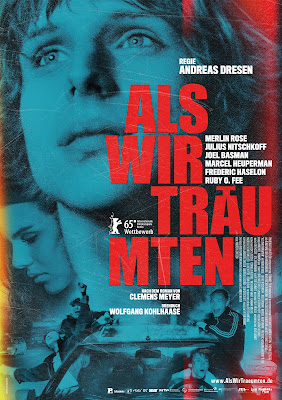 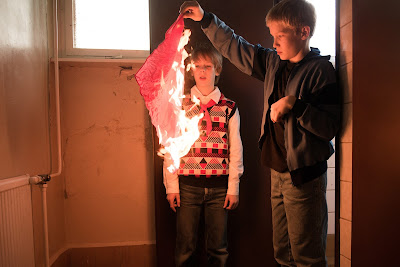 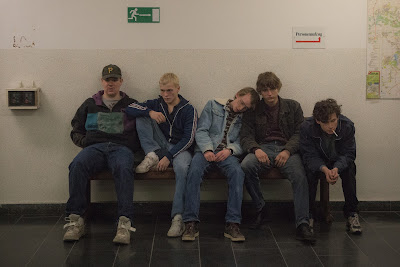 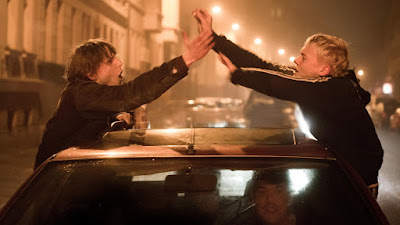 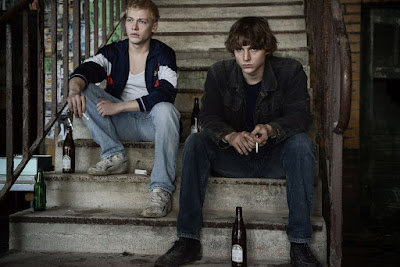 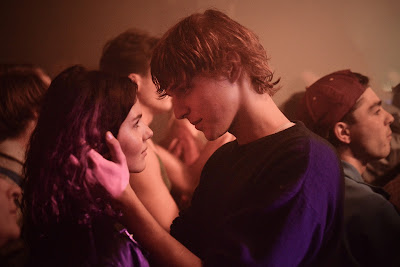 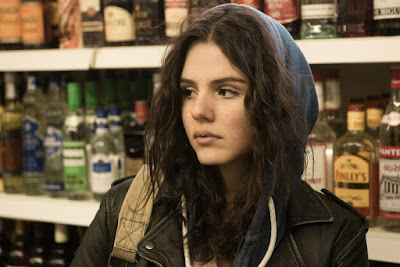 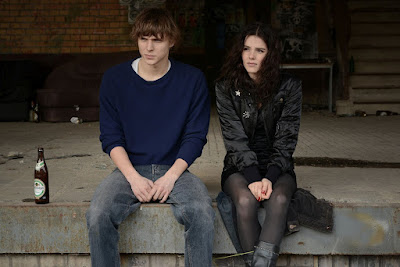 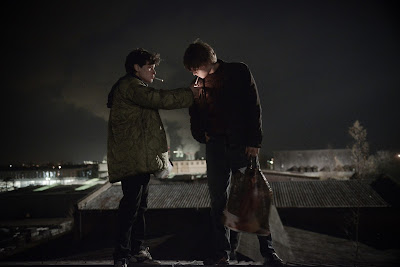 
While it’s unusual to find East German stories before the fall of the Berlin Wall, this anything but subtle film is adapted by Wolfgang Kohlhaase from the 2006 Clemens Meyer award-winning novel by the same name that covers the evolving lives of five friends from the East in Leipzig where the reunification has an unwelcome effect on each of them.  From the outset, one might question the director’s use of a heavily commercial stylization, featuring an in-your-face, high octane adrenal rush amped up by a pulsating techno beat, becoming a coming-of-age, punk rock anthem about a group of hell-raising friends that ends in shattered dreams and despair, as one by one each is on a collision course with destiny.  The relentlessly bleak narrative erupts with such an extreme degree of violence that the film is more of an assault to the senses, excessive to the point of gratuitous, causing a major disconnect between the audience and any of the characters, as the slick stylization supersedes any emotional involvement with the story.  Using strobe lights and bold chapter headings like “Gutter Hound,” “Street Dog,” “Murder in Germany,” “Always Ready,” “Rivalry,” or “Thunderstorm in the Brain,” the film literally revels in delinquent behavior followed by brutal fight scenes where the overall viciousness is hard to describe, where it’s difficult not to think much of this is brought on by their own adolescent stupidity, as a good part of the film is devoted to drinking, stealing, heavy drug use, hot-wiring cars, continual joyrides with drunken screaming and bottle-throwing, even wrecking an entire street full of cars, as these seem to be youthful expressions of rage, rebellion, and a perceived liberation.  The author Clemens Meyer has described himself as a “child of the street,” spending time in and out of youth correctional facilities, as does a featured character in the film, but writing offered him a way out, something that is altogether missing in this film, which is more about a stagnated path to alienation and destruction.


As a 13-year old in the late 80’s, during an era of the young Pioneers all dressed in red scarves, a new generation indoctrinated with the socialist ideals of Soviet-style communism, Dani (Chiron Elias Krase) wins a poetry competition, raising hopes that he may one day be a reporter, while Rico (Tom von Heymann) dreams of being a boxer, and Mark (Nico Ramon Kleemann) a musician.  The rest are ambivalent about their future, where a depressed economy greets them four years later after the Soviets are gone, leaving behind a crumbling infrastructure of a city in decay, while whatever authority was once present has all but disappeared, where gangs and anarchy fill the void.  Not sure how historically accurate this picture is, though the director was born in East Germany not far from Leipzig, as the film has absolutely no political presence whatsoever other than a reference to the fall of the Berlin wall, as if the entire city is seen as a black market underground where everyone is forced to fend for themselves.  In the absence of an existing political and economic structure, what was East Germany became an open market free for all, where this group decides to open an underground music club in an abandoned building, which is merely an excuse to gather in one place for parties and large scale alcoholic binges.  The story concerns Dani, Merlin Rose from Wetlands (Feuchtgebiete)  (2013), the central figure and unofficial leader of the group whose interior voiceover guides us through the action, along with Rico (Julius Nitschkoff), a bruiser on the streets and in the ring who sees it as an opportunity to fight his natural enemies, Porno Paul (Frederic Haselon) who loves stealing cars, drug addict and official group anarchist Mark (Joel Basman), and Pitbull (Marcel Heuperman), the bouncer of the club who also deals drugs on the side.  Their dilapidated hell-hole of a club becomes the target of a neo-Nazi skinhead group headed by gang leader and neighborhood terrorizer Kehlmann (Gerdy Zint), who after a few street skirmishes decides to annihilate this group once and for all, overwhelming them with superior force and beating them up badly in a graphically raw and protracted fight scene while demolishing their club, suggesting an era of complete lawlessness.


In the grim aftermath, Dani spends time in a youth detention center while Mark becomes strung out on heroin, leaving their splintered group a somewhat tattered remnant of what it once was.  While Mark tries to pick up the pieces after his release, the entire focus of the film changes from a chaotic group effort of misspent youth to solitary moments of otherwise abandoned souls who are struggling to survive.  Accordingly, Dani shifts the focus of his attention to Sternchen (Ruby O. Fee), the sexy girlfriend of the skinhead leader who remembers him from the neighborhood growing up, as he was the one who supposedly had potential.  But even they have little chemistry together, where their relationship is distant at best, reflecting the disjointed overall feel of the film, where there’s little connection between who they were as children and what they’ve become as young adults, where the hyperkinetic style prevents any identification with any of them, as it’s more a collection of isolated incidents than a coherent storyline, all thrown together in a jumbled mess of anarchy and rebellion.  While they all fail miserably in attempting to make a decent life for themselves, adults or authority figures are noticeably absent, where there is no one showing them the way, while connecting family members are equally missing.  All of which suggests the film is really a portrait of a lost generation of children at the end of the Cold War that were abandoned and neglected, literally hung out to dry by a Soviet government that simply packed up and left, leaving them to live or die on their own.  While their explosive teenage energy is misdirected and problematic, there is nothing to suggest anyone ever came to their rescue and offered them half a chance at a better life.  Instead Leipzig is portrayed as a desolate post-war city in ruins, the last vestiges of a crumbling political system that has failed in its entirety, leaving behind a landscape of abandoned warehouses and empty factories, a wasteland of streets that are continuously void of life, as no one shows their faces except to hurriedly get where they need to go, where there isn’t an ounce of joy anywhere to be found, instead only dark, deserted streets that may as well be an expression of their sadly relinquished futures.
Posted by Robert Kennedy at 12:01 AM