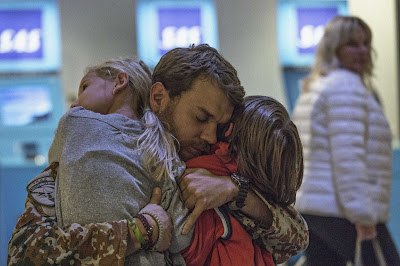 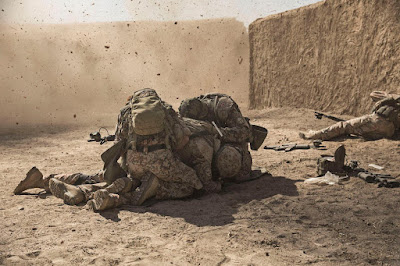 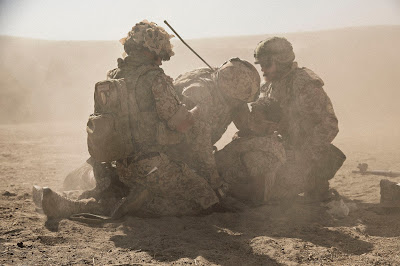 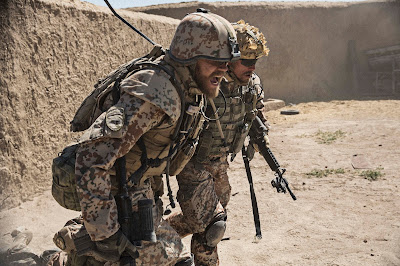 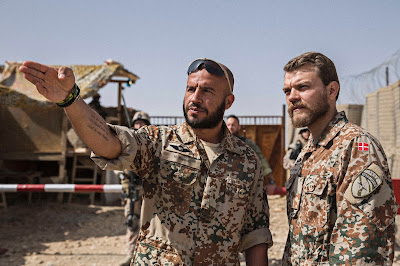 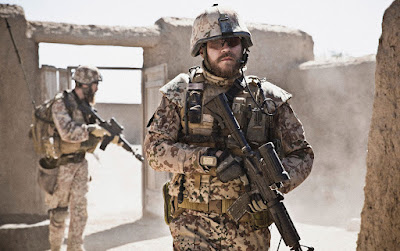 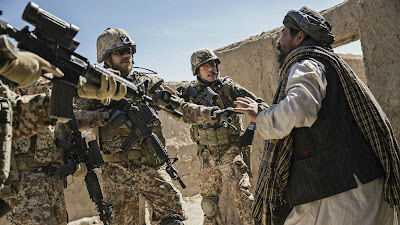 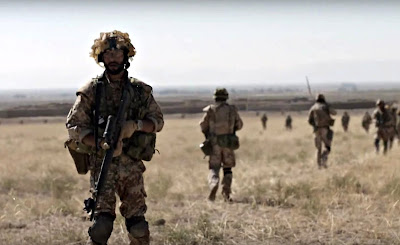 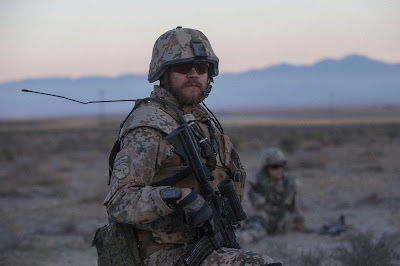 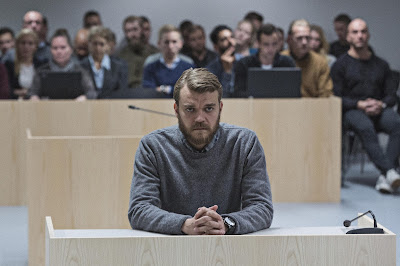 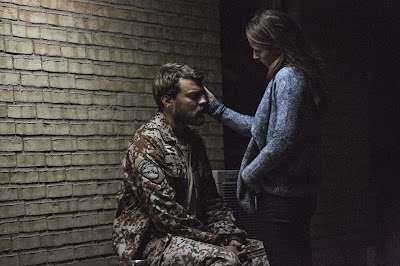 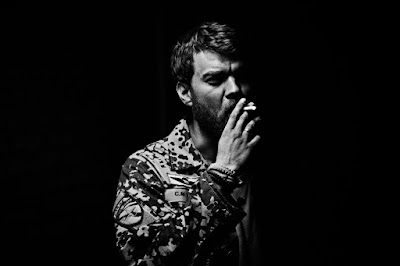 Denmark sent 9,500 military personnel to Afghanistan between January 2002 and July 1, 2013, according to Danish reports, which totals more than 60% of their entire military force, where 42 soldiers were eventually killed, more per capita than any other European country.  Making matters worse, Denmark aired a blockbuster TV drama series that was screened throughout Europe that was entitled The Killing (Forbrydelsen) (2007, 2009, 2012) where in the second season the story veered into a mass cover-up of civilian killings in Afghanistan involving Danish soldiers, which was further accentuated by the release of Janus Metz Pedersen’s incendiary documentary film ARMADILLO (2010) that won the Critic’s Week 1st Place Grand Prize award at Cannes in 2010.  Armadillo was the name of the operating base in Helmand province in southern Afghanistan where the filmmaker spent six months with Danish soldiers who were situated less than a kilometer away from Taliban positions, where at one point they are caught in a hellish firefight with insurgents that was partly filmed by a camera strapped to one soldier’s helmet, where the dire situation they found themselves in only resolved itself following the success of a hand grenade.  What shocked the Danish public were the comments of a young soldier who claimed they were exhilarated afterwards, high on adrenaline, and just sprayed the vicinity with machine-gun fire, killing everyone, wounded or dead, then posed for pictures (reminiscent of Abu Ghraib torture and prisoner abuse) that portrayed themselves as boastful heroes next to piles of dead bodies, which led to a political inquiry and opened up questions back home about the morality of their mission.  While there have been American films depicting the nightmarish psychological effect on soldiers sent to war regions, like Kathryn Bigelow’s The Hurt Locker (2008) and Tim Hetherington and Sebastian Junger’s Restrepo (2010), and prior to that, DEER HUNTER (1978), showing the destabilizing effects of the Vietnam War, this is one of the few films depicting what is essentially a Danish view of the war, something not really seen since the devastating ethical dilemma of Susan Bier’s BROTHERS (2004).  As the co-writer of Thomas Vinterberg’s The Hunt (Jagten) (2012) and the writer/director of A Hijacking (Kapringen) (2012), Lindholm has established himself as a guardian of emotional authenticity, never overdramatizing situations that are intensely real and bracingly uncomfortable.

A welcome relief from the overly simplistic, hero worship trends that have defined American war movies of late, which are little more than patriot adulation, where Michael Bay’s latest, 13 HOURS: THE SECRET SOLDIERS OF BENGHAZI (2016), has been referred to in political debates and played in rented stadiums by Republican candidates running for President (namely Donald Trump in Iowa), generating some chilling comments by Christopher Hooks from Gawker, January 15, 2016, who witnessed the world premiere at the AT&T Stadium in Arlington, Texas, home of the Dallas Cowboys football team, often referred to as “America’s team,” I Watched Michael Bay's Benghazi Movie at Cowboys Stadium With 30,000 Pissed-Off Patriots:

Bay has an almost pornographic feel for the physics of modern war: The cartoon arcs of RPGs in flight; the swiveling, passionless eye of a Predator Drone; expensive, bullet-riddled cars careening through city streets; planes and helicopters and technicals and men with guns, all in hues bordering on the psychedelic. But the human element is less firmly in his grasp, and the moral landscape of the movie is poisonous.

In the first decade after 9/11, Hollywood didn’t really know how to handle America’s new wars. To the extent films addressed them at all, they tended to focus on how they damaged ordinary people. Movies like Home of the Brave, In the Valley of Elah, and The Hurt Locker were not uplifting—at their worst, they could be moralizing and turgid. And they were not successful. The broader culture honored the rank-and-file men and women who sacrificed to fight America’s wars: Support the troops.

In the last few years, as the wars changed shape and expanded, a strange thing happened. The culture began to focus not on ordinary soldiers, but on extraordinary ones—Navy SEALs, special forces operators, military contractors. The movies changed—Act of Valor, Lone Survivor, American Sniper. They celebrate heroes, they take place in a vacuum of political context, and they’re hugely profitable. Strangely, they cater to people who think Hollywood hates them. Film studios, suddenly, learned to love the wars.

13 Hours fits neatly in this new genre. It’s a story told from the perspective of men of extraordinary martial prowess in a deeply unfamiliar and hostile place, surrounded by faceless and unknowable enemies, desperate to survive. It’s a siege movie, and the major plot points would make just as much sense if they were transposed to a movie about a zombie attack, or an alien invasion.

Perhaps in response to bombastic Hollywood overkill, this Danish film, among the five finalists in the Best Foreign Film category at the Oscars, is instead a more measured and intelligent approach, scrutinizing the effects of the Afghan war on multiple fronts, not just the frontline soldiers, but their families back home, while also evaluating the overall impact this has on a rapidly developing, modern European perspective.  The wars in Afghanistan and Iraq have been the first wars Denmark has fought since the Second World War, immersing a new generation of youth into combat situations, where families become invested in the wounded or the dead, where in a small nation of 5.5 million, it’s hard not to know someone who was affected.  Using real soldiers instead of extras, Lindholm’s insistence upon unflinching realism places the viewers on the front lines in another film about normal people stuck in abnormal situations.  We see the war largely from the Company commander’s viewpoint, Claus Pedersen (Pilou Asbaek), who’s attempting to establish trust with the locals of Helmand province in a peace-keeping mission, but it’s a difficult proposition, as the villagers are caught in between opposing forces, where they are visited by the Danish NATO peace-keeping forces by day, while the Taliban make threats against them by night.  Even those with good intentions may feel paralyzed, rather than emboldened, by this seemingly futile power struggle.  Early on Claus loses one of his men when a young soldier strays slightly off path and gets blown up by an IED, or hidden roadside bomb that is buried just below the surface.  This has a way of unnerving Claus’s men, in particular one soldier named Lasse (Dulfi Al-Jabouri) who was particularly close to the deceased.  As a way of calming his men down, he steps outside of the commander’s tent and accompanies the men on daily patrols, where his daily presence has a way of reassuring them.  This is ironic, as back home we see his wife Maria (Tuva Novotny) struggle with raising three children alone, especially the oldest son who has been getting into fights at school, clearly missing his father and in need of the same reassuring guidance that Pedersen provides his men.  Despite the distance between them, Claus tries to call home at regular intervals, maintaining personal contact, where there are parallels between the difficulties encountered with communicating with his family and the challenges of maintaining good relations with a local community that is highly suspicious of their presence.  In each case, the family and the villagers get shortchanged, while the soldiers themselves end up being stuck someplace in the middle of nowhere.

Spending the majority of the time with Pedersen and his unit, they have the feel of familiarity when all hell breaks loose, as the unit comes under attack during a routine patrol, initiated by the deaths of an entire family that was last seen talking to the patrol, setting a trap for their ambush.  With bullets and grenades coming from all sides, Lasse is seriously shot, where they are able to pull him back into the safety of their position while remaining pinned down behind a wall unable to see the source of incoming fire.  Pedersen’s courage under fire is severely tested, as headquarters refuses to send a medical helicopter until they can identify the location of the enemy, while a young man’s life hinges in the balance.  The intensity of the moment is ratcheted up by increasingly claustrophobic, handheld cinematography by Magnus Nordenhof Jønck, where the viewer is pulled directly into the heart of a frenzied battle zone.  With screaming profanity as the only recognizable language in their chaotic predicament, life and death choices have to be made under the worst conditions imaginable.  With no musical cues or heart-thumping beats of percussion, Pedersen orders air support to take out a building compound where they believe the enemy is hidden.  In the aftermath, Lasse receives the necessary medical care and his men get out alive.  But shortly afterwards, his unit receives an unexpected visit from military officers investigating Pedersen’s conduct, where he’s immediately shipped home and charged with killing eight civilians without proper military authorization.  What has been a harrowing story out in the field changes course completely, where instead we get a glimpse of the Danish military court system which is systematically expressed in meticulous detail, instigating a somber reflection and accountability for what seemed like a few crazed moments of nerve-wracking combat.  In stark contrast to American films, which readily resort to exaggerated stereotypical depictions of heroism, accentuating extended battle scenes, this film only spends a few instantaneous moments in furious combat, then spends the rest of the film sorting out the consequences.  Using a cool and detached style reminiscent of Jan Verheyen’s Belgian courtroom drama The Verdict (Het Vonnis) (2013), the court offers what amounts to a truth and reconciliation committee on Europe’s involvement in foreign wars, where what appears to be good intentions eventually becomes a humbling experience that spells disaster.  While Pedersen’s men are present in the courtroom, much like the way police fill courtrooms involving one of their own, it becomes an open-ended yet somewhat absurd question for judges and prosecutors in Copenhagen to grasp the harrowing conditions under which soldiers in Afghanistan operate, where one man can’t be held accountable for the madness of war, yet the film was largely instigated by just such an incident in 2012, Danish officer faces trial over alleged killing of civilian, a case that probably never went to trial.  Instead this is more likely a supposition, asking if preserving the lives of your own men in combat is worth the calculated risk of killing civilians.  Certainly your own men are appreciative and can point to your actions for saving their lives, but those that were killed have families as well, where their perspective often goes unheard.  In this film, at least we consider the far-reaching and long-term consequences, which is certainly a more conscientious and healthy way to approach the subject.
Posted by Robert Kennedy at 12:10 AM