Requiem for an American Dream 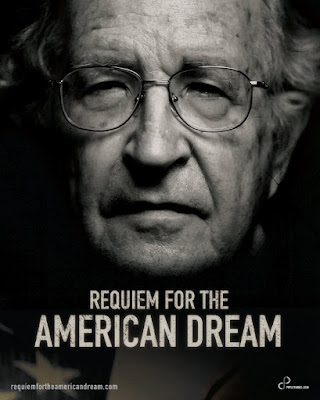 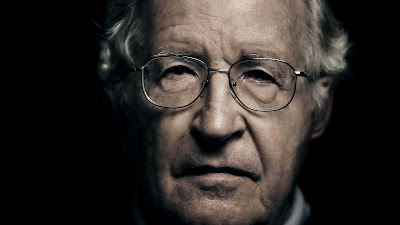 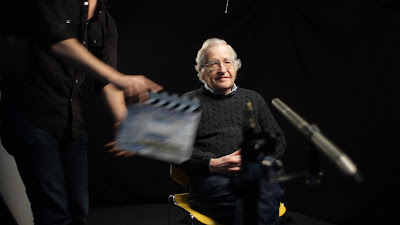 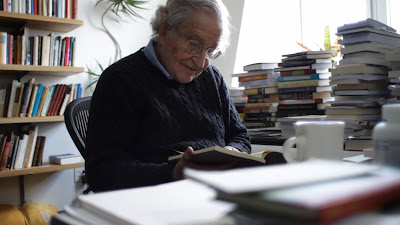 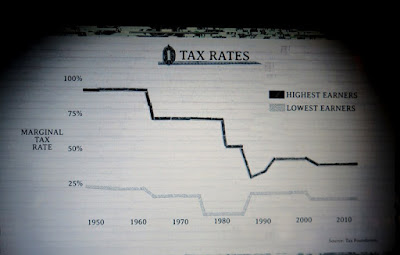 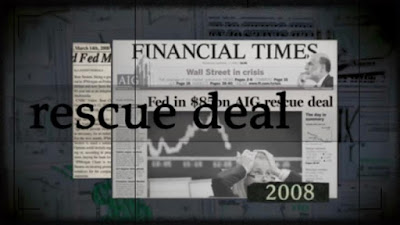 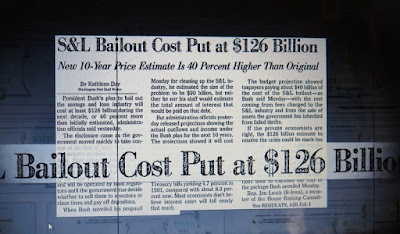 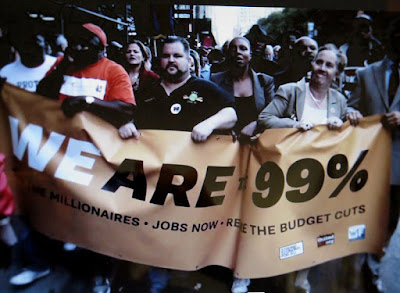 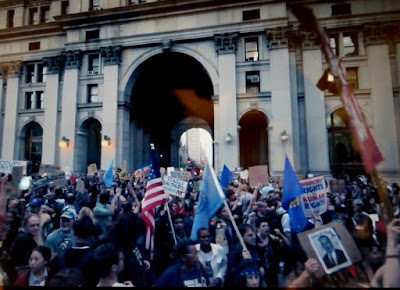 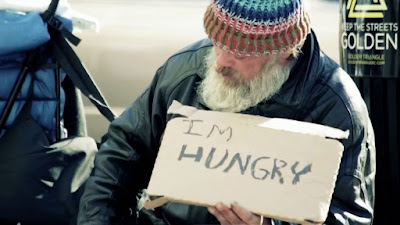 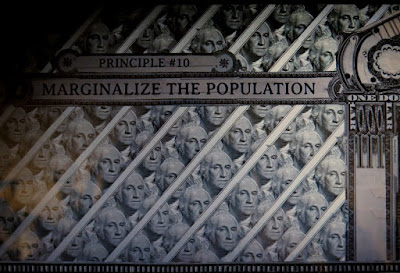 
While this is an ordinary documentary format, consisting almost exclusively of frontal close-up shots of Noam Chomsky, legendary 87-year old MIT professor emeritus who is a linguist, political philosopher, world renowned intellectual and writer of over 100 books, the complexity and far-ranging impact of the various subjects discussed is anything but ordinary.  Shot over the course of four years, Chomsky has free reign to provide an overview of what specific events led America to this particular point in history, seemingly mired abroad in a decades-long war against terror while remaining embroiled in a seemingly endless worldwide financial crisis.  It actually has the feel of being in a college lecture class, where Chomsky expounds as only he can, condensing an entire semester of history into a streamlined 73-minutes.  Personal and thought-provoking, it’s a brilliant analysis, irrespective of one’s political leanings, explaining how we got ourselves into this mess, where policies designed to favor the rich have created a concentration of wealth and power in the hands of a select few, where American society has never been more unequal since its inception.  Constructed around Ten Principles of Concentration of Wealth and Power, originally drawn from Scottish economist Adam Smith’s book The Wealth of Nations published in 1776, suggesting:  “All for ourselves, and nothing for other people, seems, in every age of the world, to have been the vile maxim of the masters of mankind.”  Never speaking over our heads, while avoiding academic overkill, Chomsky concisely illustrates each principle, lucidly providing background information and supporting facts, while drawing upon his own experiences in a life committed to social activism and political engagement.


The age-old struggles between the rich and poor are nothing new, going back to the days of Aristotle, who believed democracy was the best form of government, yet the wealthy had to control the disaffection of the majority who had less wealth and power, where democracy allowed them to utilize their majority status to shift the power to themselves.  To prevent this, the Greeks maintained the use of democracy to shrink the divide between rich and poor by creating a welfare state that reduced economic inequality and provided an acceptable standard of living.  This is similar to the existing democracies in Scandinavian nations that promote a robust enough economy that lower wage workers such as waitresses don’t need to rely upon tipping to make a living.  In addition, the CEO’s of these countries are not making 2000% more than their lowest paid employees, so there is less economic discrepancy between the haves and the have-nots.  America, on the other hand, was founded on reducing democracy, where power existed only in the hands of the elite, who were exclusively white men of property and privilege.  According to James Madison in the debates at the Constitutional Convention, to give the vote to those with property was to “protect the minority of the opulent against the majority.”  As a result, women, slaves, Native Americans, or other ethnic groups that were not property owners could not vote.  The original senate was not elected, but appointed, where power remained in the hands of a few, mostly ignoring the poor and lower classes, suggesting the Constitution was written to prevent, not promote, democracy.  Similarly, Adam Smith believed that the “principal architects of policy” are those wealthy enough to own the businesses within the country, the merchant class, irrespective of the harmful impact on others.  Accordingly, the first giants of industry, Cornelius Vanderbilt, with steamboats and railroads, John D. Rockefeller, oil, Andrew Carnegie, steel, and J.P. Morgan, finance, were known for their undemocratic, tyrannical rule, forming monopolies, where they accommodated favor and influenced presidents in order to maintain a healthy advantage for their businesses.  In this way, the original manufacturing giants amassed personal fortunes, very much like the present era, where stifling unions and worker dissent is the first order of business, demonstrating how the American system of democracy has essentially been hijacked by corporate interests with the aim of maintaining a divide between the super wealthy and everyone else.  To a large extent, the creation of political parties supported these views, aligned with the rich, becoming part and parcel with a vision promising an American Dream while maintaining economic inequality.


With the rise of industrialism, the willful exposure of factory workers, including children, to hazardous conditions resulted in a series of horrific accidents and recurring deaths, altering the mindset of the public, which began questioning the authoritarian rule of industrialists, leading to a rise of union participation and an era of socialist influence, which was probably at its greatest peak during the Great Depression of the 1930’s when President Franklin Delano Roosevelt’s New Deal legislation created Social Security, the WPA, a GI Bill of Rights, and even federal legislation providing collective bargaining rights for unions, allowing them to organize and strike.  World War II changed the focus of the nation, where part of the war effort at home was working for and contributing to the public good, with postwar conditions leading to a middle class in the 50’s with unprecedented opportunities, where average workers of all races earned paychecks that allowed them to buy a home, support a family, and educate their children with a free or low-cost education available to most students.  This unrivaled prosperity led to a tumultuous decade of democratic activism in the 60’s, where the civil rights, antiwar, and feminist movements transformed society by reaching ordinary citizens in their homes through the medium of television.  What followed afterwards is the crux of the film, the conservative backlash to the social protests and democratic advances gained in the 60’s, where in the eyes of conservatives democracy was running amok, forcing private business to take back control, beginning with the Powell Memo (pdf) in 1971, where Lewis Powell, just months before his nomination by President Nixon as a Supreme Court justice, was a hired gun for the tobacco industry, writing a confidential memo to the Chamber of Commerce, which did not become public knowledge until well after he was confirmed, warning about the “threat to the American free enterprise system.”  It was a call designed to shift attitudes and public perceptions by expanding corporate privilege, which led to the Heritage Foundation, the Manhattan Institute, the Cato Institute, Americans for Prosperity, Citizens for a Sound Economy, and other conservative based organizations promoting a carte blanche, “hands-off” business philosophy.


A new federalism policy was instituted during the Reagan era of the 80’s returning federal power to the states, increasing the power of lobbyists and corporations in Washington, then consolidating an extension of business and free market strategies that loosened the grip of governmental oversight, where bankers and financial institutions actually wrote the new deregulated tax laws, shifting the burden away from businesses paying their fair share of taxes onto the backs of the middle class and the poor, who can’t afford it, allowing corporate America a return to an era of free reign, including government bailouts, where profits for the wealthy have skyrocketed.  After more than 40 years of now-entrenched, business-friendly tax policies, a perceptible shift in the country has occurred, with government programs continually underfunded, producing an ever-widening wage gap, which includes the defunding of public education and the staggering cost of higher education, leaving today’s students with an accumulated debt 260% higher than their parents’ generation, where thoughts of upward mobility has all but vanished.  Instead of career stability, with thoughts of owning a home, a new generation of workers are placed in a precarious position, faced with having to patch together a living from a string of part-time jobs, with little hope of ever receiving a pension.  A 2010 Supreme Court decision, Citizens United v. FEC, has reshaped the political landscape, concentrating even more power in the hands of well-financed lobbyists and special interests, as there is no limit on the flood of money individuals or corporations, seen as one and the same, can pour into a political election, undermining the influence of average Americans.  The clout of corporate advertising in politics and modern culture cannot be overstated, literally overwhelming citizens, turning consumers into blind followers of products, where common sense is twisted and distorted in order to fit conveniently into political spin, leaving viewers prone to making decisions that are increasingly irrational and contrary to their own interests, where rational discourse is a thing of the past.  Simply put, Chomsky suggests the 1% of richest Americans believe in consolidated power, refuse to share the wealth, and despise democratic principles that benefit the interests of the other 99%.  Blatant corporate greed, according to Chomsky, is the enduring legacy of our times.
Posted by Robert Kennedy at 12:03 AM