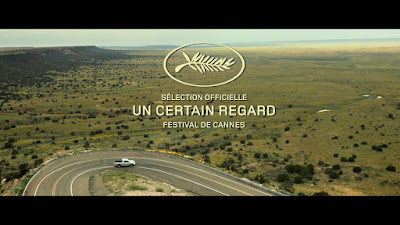 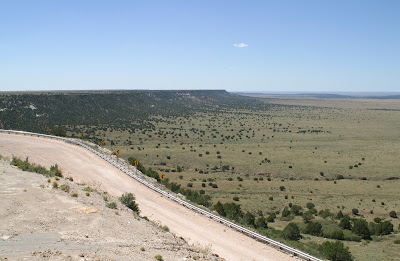 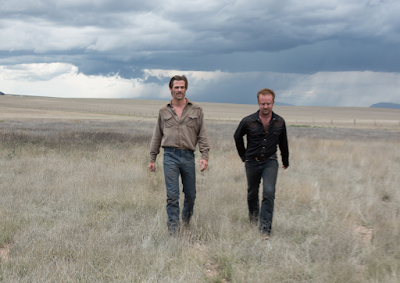 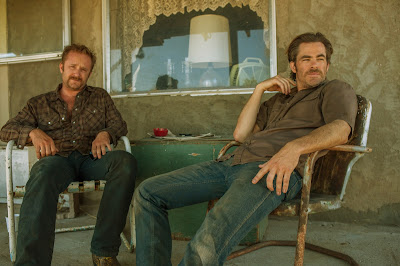 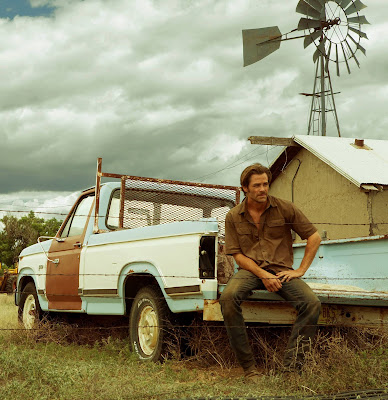 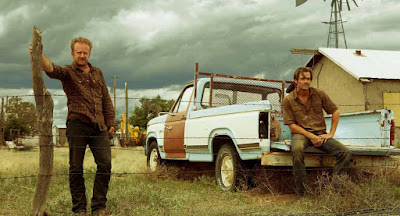 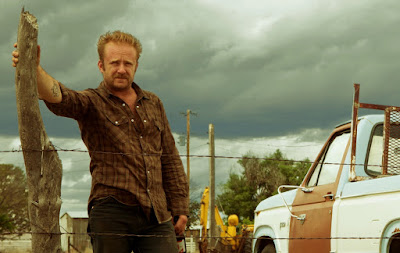 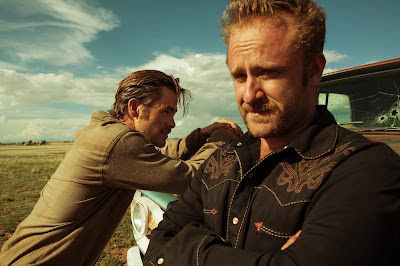 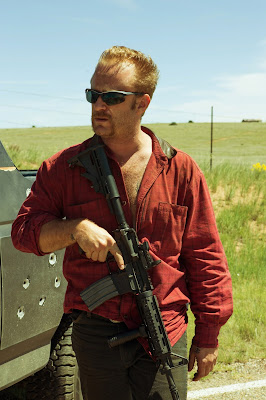 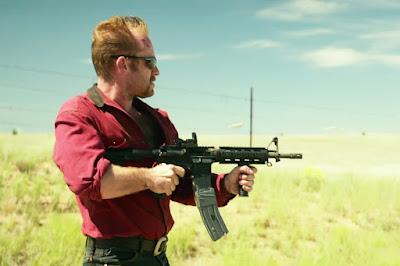 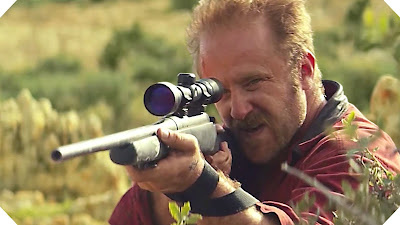 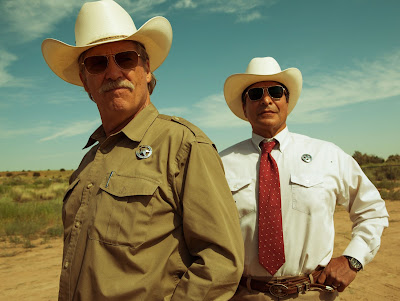 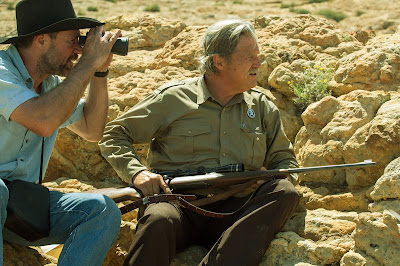 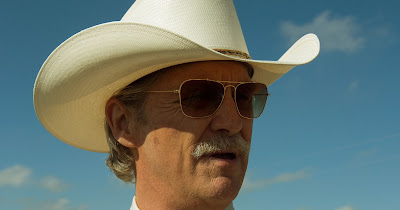 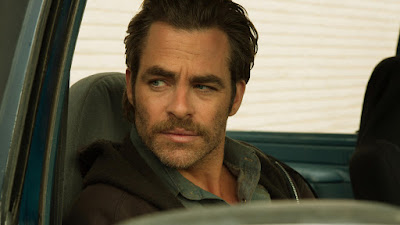 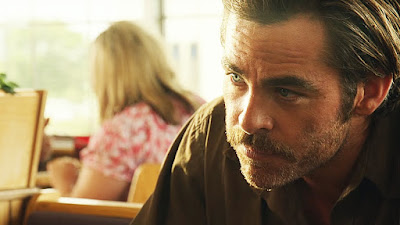 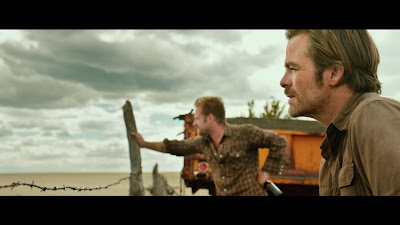 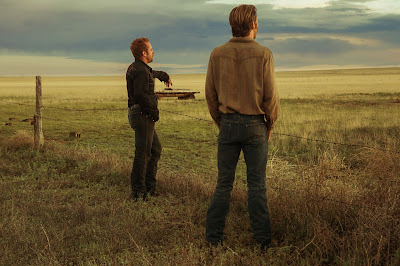 Three tours in Iraq but no bailout for people like us.
—graffiti written on a wall near the bank in the opening scene


Mysteriously premiering at Cannes in the Un Certain Regard section, this film flew under the radar in the bright lights and glamor of the Cannes Film Festival.  Finally receiving its American release during the height of the summer doldrums, it comes as a pleasant surprise from a Scottish director borrowing heavily from the Coen brothers and Cormac McCarthy, Inside Job (2010), pointing out the ivory tower sanctuary of those privileged and protected few whose actions led to the crisis and then remained insulated from any of the consequences, Andrew Dominick’s Killing Them Softly (2012), a gritty working man’s portrait describing how the American Dream for ordinary citizens came to an abrupt halt when the economic meltdown forced the government to bail out the banks, Wall Street brokerage houses, and the auto industry, leaving them flailing on their own, satirically contrasting that approach with the way the mob handles its own debt relief crisis, to Martin Scorsese’s exaggerated and wildly outlandish fever dream The Wolf of Wall Street (2013), few have captured the human cost and economic devastation quite so skillfully as this film.  Coming on the heels of the mortgage crisis, adding a uniquely American historical perspective that goes back to the land grab from Indians during the Manifest Destiny era of the mid-19th century, the film exposes the predatory lending policies of local banks across the country that seemingly have the best interests of customers in mind, while behind the scenes making legal maneuvers offering loans to financially starved and desperate people who have no conceivable way of paying it back, allowing banks to foreclose while taking their property and land, where one person’s misfortune is another person’s economic opportunity.  It’s a sickening display of how the system works, designed to allow powerful interests to prey on the most vulnerable among us, revealing how the banks stockpile their financial reserves at their own customer’s expense.  While this is a nasty business practice, it happens with an almost invisible presence, where the only signs are foreclosure notices left on the locked doors and shuttered windows of abandoned businesses and homes, along with giant “for sale” signs or a series of highway billboards offering quick “debt relief” that dot the landscape, while longstanding family-owned businesses quietly disappear.

With elegiac music by Nick Cave and Warren Ellis, along with the downbeat road music of Johnny Cash, Waylon Jennings, and Townes Van Zandt, not to mention Blakwall - Knockin' On Heaven's Door (Hell or High Water ... - YouTube (4:03), the film is set in the blisteringly raw and aching loneliness of smalltown Texas, a world depicted so brilliantly in Martin Ritt’s Hud (1963) and Peter Bogdanovich’s  The Last Picture Show (1971), both based upon the literary works of Larry McMurtry, with the latter starring Jeff Bridges 45 years ago, where the common denominator is the vast emptiness of long, dusty roads that stretch across a desolate West Texas landscape that is flat as far as the eye can see, showing a land the economic recovery has never reached, revealing instead an economically collapsed world crumbling in decay, a desert wasteland with no signs of life from grazing animals or even human habitation.  That is the blank canvas from which this film emerges, poetically shot by cinematographer Giles Nuttgens with a regional focus, with particular attention paid to authenticity and detail, becoming one of the surprise films of the year.  A character study told through subtlety and dramatic understatement, where the range of the actors is captivating throughout, the driving force behind the film is the extraordinary screenplay written by Taylor Sheridan, a television actor who also wrote Sicario (2015), whose colorful dialogue allows plenty of regional personality to develop between characters, becoming intimately familiar to the audience over time.   Wasting little time, following a car creeping through the back alleys, the film opens with a bank robbery in a small Texas Midland branch location, but because they got there so early the money’s not even out of the safe yet, where only the bank manager has the key, and they have to wait for him to arrive.  This adds a kind of folksy touch to an otherwise awkward situation, where it’s actually more humorous than suspenseful.  Getting away free and clear, the two brothers are ecstatic afterwards driving out into the endless expanse of the countryside to their isolated ranch in the middle of nowhere.  Meet Toby (Chris Pine) and Tanner (Ben Foster), seen sipping beers on their front porch after burying their getaway vehicle, a couple of small timers not looking to make a name for themselves, content to take small bills so as not to draw attention to themselves.  In this way, they avoid detection by the FBI who are only called in on the big scores. This leaves them in the hands of local law enforcement, with Jeff Bridges as U.S. Marshall Marcus Hamilton, so relaxed and comfortable in this role, getting into the very soul of the character just days before his retirement, leaving him one last crime to unravel, along with his faithful partner Alberto (Gil Birmingham) as two Texas Rangers, where this has the feel of an extended The Andy Griffith Show (1960 – 68) episode, especially the back and forth banter between the sheriff and his deputy, as Marcus incessantly needles his partner about his Mexican-Comanche heritage, where racist jokes are more of a clue to the closeness of their friendship, with Alberto teasing him right back about his eminent demise after retirement. Even as Alberto detests every snide remark, his willingness to take it speaks volumes, as he’s a man with extraordinary pride, but always keeps it to himself, reminiscent of the classic battle of wits between white sheriff Rod Steiger and black police detective Sidney Poitier in Norman Jewison’s IN THE HEAT OF THE NIGHT (1967).

Behind the scenes there’s more than meets the eye, as the brothers recently lost their mother, who was forced to sell all their livestock, as the family ranch is one the verge of foreclosure by the end of the week, where they suspect some back-handed legal maneuvering by the bank took advantage of her position, a situation they mean to rectify, and what better way than to do it than with the bank’s own money?  As a result, they make a series of bank runs, where the impulsive, always out-of-control Tanner can’t help himself, even robbing one branch by himself during lunchtime while his brother is sipping coffee in a diner next door.  As they haul ass out of there, it’s clear the division of labor needs some work, where Toby asks his brother, a career criminal known for his outlandish recklessness just how the hell he’s managed to stay out of prison for the past year, to which he replies, “It’s been difficult.”  Like Arthur Penn’s Bonnie and Clyde (1967), robbing the rich to feed the poor during the height of the Depression, part of the intrigue is the likeability of these two characters, who keep a low profile, though one’s high strung and the other’s low key, coming across as just ordinary folks, never hiding from the fact they have problems like everybody else.  Like mirror images of the two brothers, the older, more mature lawmen trying to hunt them down have their own quiet appeal, where the more loquacious Marcus has some great dialogue while his Lone Ranger sidekick, Alberto as Tonto, always remains stoic, the picture of dignity.  Once inside the bank, Marcus looks for the bank manager for questioning, whose apt response once tracking him down, “Now that looks like a man who would foreclose on a house!”  As the string of bank robberies continues, this duo tries to anticipate the robbers’ next move, staking out a bank in a dying town where literally nothing happens, where they just sit and wait, veering into Sergio Leone territory.  In this lingering pause, Alberto reminds Marcus that land was stolen by force from the Indians, while nowadays hard times and poverty have only increased the unrestrained greed of the banks, allowing them an excuse to go after everyone, including whites, “This was my ancestor’s land, the lease folks took it, and now it’s been taken from them, except it ain’t no army did it, just those sons of bitches right there.”  One of the best scenes of the film happens when the lawmen enter a small town diner called the T-Bone.  When considering their options, the bossy, world-weary waitress, Margaret Bowman, described as a “rattlesnake of a waitress,” who played a motel clerk in the Coen brothers’ NO COUNTRY FOR OLD MEN (2007), who has seemingly lived in this rotgut town all her life and seen it all, instructs them that they’ll be getting T-bone steaks, as that’s what everybody who walks in the door gets, where all she needs to know is what NOT to get for a side dish.  Succinctly put in their place, their authority stripped from the outset like schoolkids getting a scolding, both men readily accept her conditions.  As the lawmen wait for a robbery, the outlaws make a run across the border to Oklahoma to visit an Indian casino to launder their money, making sure there are no traces left behind.  Toby has two kids from an ex-wife, and though he barely sees them, he makes sure they will be taken care of, depending on what happens in the final reckoning, leaving the deed to the property in their names, claiming “I been poor my whole life.  My parents and their parents before them.  It’s like a disease.  Infects everyone you know.  But not my boys.”  Of course it’s always the final score that goes haywire, with unexpected circumstances including bank customers carrying guns, where it literally becomes every man for himself, with vigilante justice chasing the men out of town with a caravan of heavily armed pick-up trucks on their tail.  As they head out into the open expanse of the wilderness, this one leads to a typical western showdown with tragic consequences, where taming the lawlessness of the Wild West is viewed as a work in progress, where the success, or lack thereof, completely depends on your point of view.
Posted by Robert Kennedy at 12:13 AM