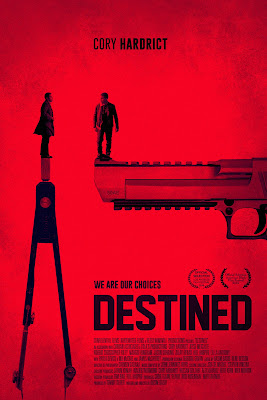 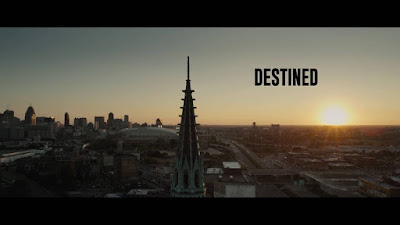 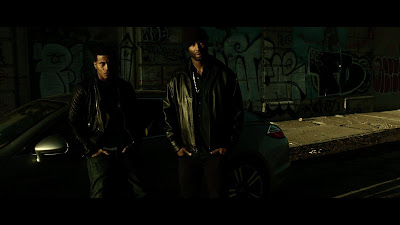 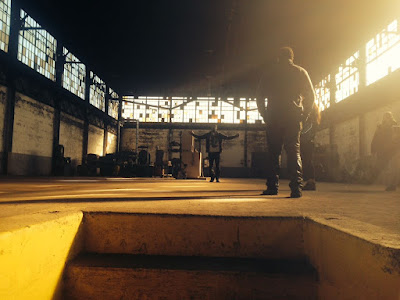 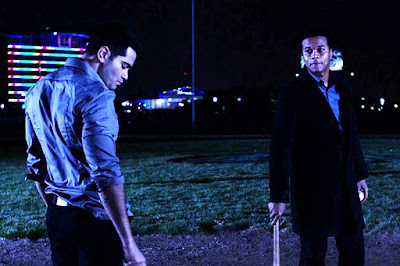 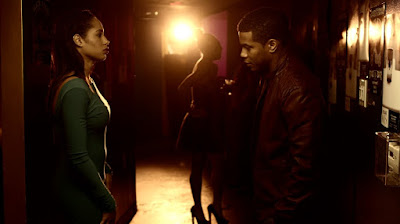 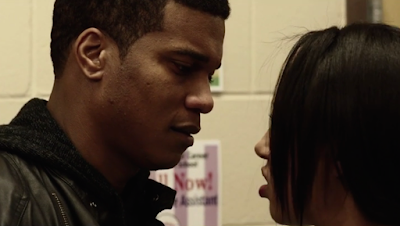 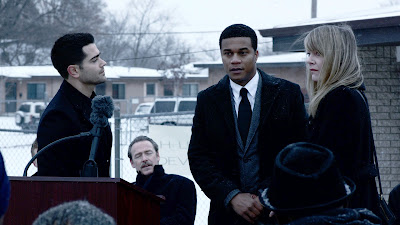 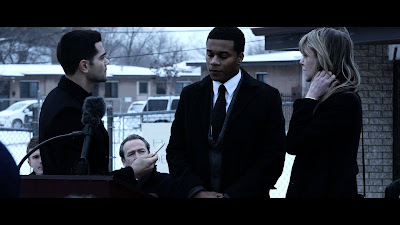 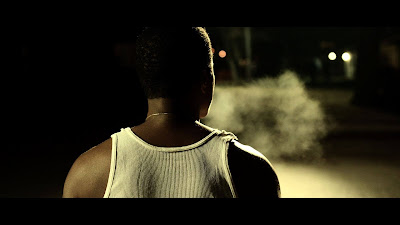 Winner of the Best Director award for Qasim Basir and Best Actor for Cory Hardrict at the 2016 American Black Film Festival in June, the idea for the film was inspired by a British film starring Gwyeneth Paltrow called SLIDING DOORS (1998) which explores alternate realities for her character. Similarly, Basir, who wrote the script, found a clever way to explore two parallel lives diverting from a single childhood moment, using the same actor, Chicago’s own Cory Hardrict, portraying each option, with complementary players also playing dual roles in each scenario, suggesting what a tenuous thread our lives are balanced upon, as had things gone just a bit differently, our lives could be entirely different.  It’s always fun to imagine these scenarios, what if I had gone out with that girl, or gotten that job, or never been hit by a car, or never met someone we are so intricately linked to, but also, from a black perspective, what if I was never shot or arrested, or studied harder, or had made different choices, would my life be significantly different?  This film takes great joy in examining alternate paths, where either one is realistically possible.  First and foremost there is Cory Hardrict, who comes into his own in this film, showing the full extent of his range, as he’s a pleasure to watch.  Playing Sheed and Rasheed, one kid is left to run the streets, get involved in gang violence, eventually becoming a drug lord, where he’s the kind of brooding, unrepentant guy who probably deserves to be in prison, while the other has secret dreams of becoming an architect, dreams that can be realized, though at a price, as he’d have to sell out his community to make money for white corporations that would be happy to pay him handsomely, as their profits would skyrocket.  Both are powerful men who own and command a room with their burning intensity.

Rather than divide the film into two parts, Basir brilliantly interweaves the narrative, using other actors in dual roles as well, which opens up the film, adding plenty of side by side exploration, where they both feel like the same guy.  In fact, it almost feels like two different films that have been carefully edited together fusing the characters down to the bare essence, where by the end we’ll determine their real character and discover who they really are.  No such luck, as Basir goes all-in with both possibilities, where you’d be hard pressed to determine which one is more realistic, as both feel authentic.  So is Robert Christopher Riley as his longtime friend and sidekick, Cal and Calvin, the kind of guy you can trust, who, had things been different, could easily have ended up in Sheed’s position.  Nonetheless, these guys intrinsically know and understand each other, as they have similar instincts, both able to anticipate what’s going to happen before it does, where they beautifully complement one another.  What’s interesting is the use of Jesse Metcalfe in both segments, playing a dogged white detective who’s always on Sheed’s tail, but also one of the young execs of the architecture firm, the guy who has to step aside temporarily to allow a young black light to shine, but does so willingly because of the anticipated reward it will bring, where he is driven, even obsessed, by financial success.  Much of it shot in Detroit, some in Chicago, the scale of abandoned buildings adds an extraordinary texture to the film, as it’s literally a world falling apart right before our eyes, where the people that inhabit the condemned territory feel like they don’t belong there, that no one deserves to live like that, as if they’re stuck in a labyrinth with no conceivable way out.  Yet some of the scenes in the snow have a special power, as it feels especially nasty in the bitter cold.

Shot by cinematographer Carmen Cabana, initially the seedy world of Sheed appears in sepia tones with washed out colors, adding an especially ominous look that looks a bit creepy, while Rasheed’s world is set in vibrant colors, as the world around him is immediately more inviting.  While the two worlds don’t remain totally distinct, over time they do blend into each other, sharing common characters, but also obstacles that need to be overcome.  Two women play significant roles in the film, Margot Bingham as Maya, who figures prominently in the outcome of each, adding a bit of a twist to the story, being more than what she initially seems, yet she more than holds her own in some of the most powerful scenes, but also Zulay Henao, in a smaller, less defined role as a reporter, still makes an impact, sometimes just by being on the scene witnessing extraordinary transformations.  Hardrict has to fight against himself the whole time, as the stakes are high, where one small mistake could alter the outcome.  While he attains power and respect in the drug business, he may actually come to regret what he’s built, while as a black rising star in a mostly white architecture firm, these opportunities don’t come around too often, so he should probably make the most of it, yet he’s being used to tear down and destroy his old neighborhood, with no affordable housing units to take their place, where gentrification is a tactic to drive blacks out of a neighborhood.  As James Baldwin once suggested “Urban renewal is Negro removal.”  In each case, there’s plenty on the line.  The slo-mo finale is a bit much and feels overly repetitive, as both fates seem to merge into one, where it’s never too late, it seems, to make a decision to change your life, even as you’re barreling down the wrong track, as you can always correct it and do the right thing.  That may seem like empty platitudes, but that could be the difference between spending twenty or thirty years in prison separated from family members or having a life that includes them.  One decision can make the difference.
Posted by Robert Kennedy at 12:07 AM