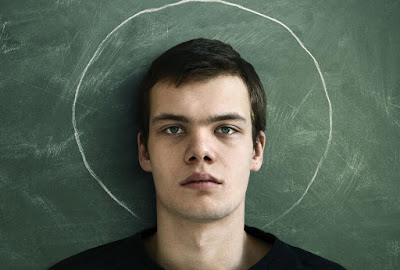 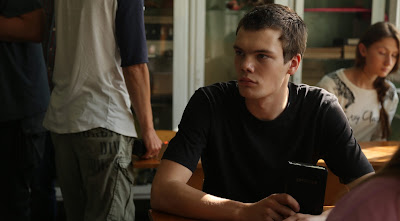 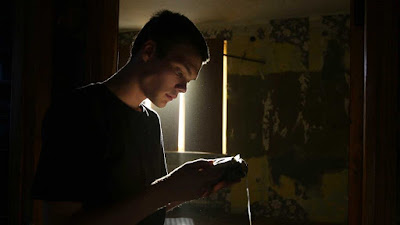 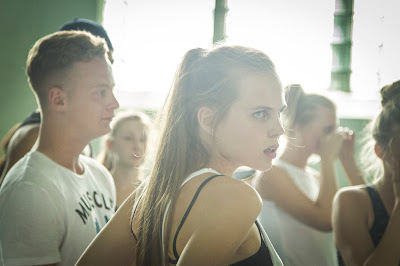 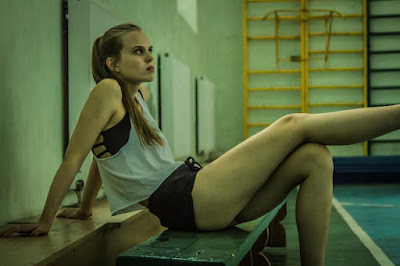 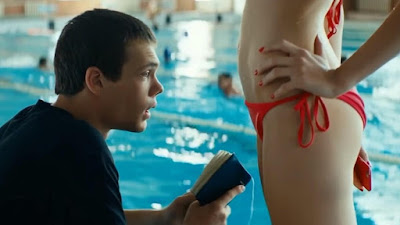 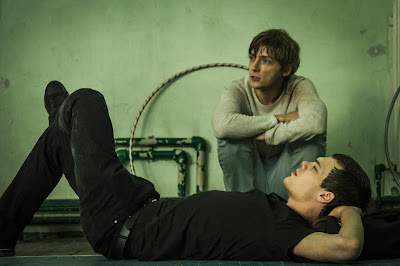 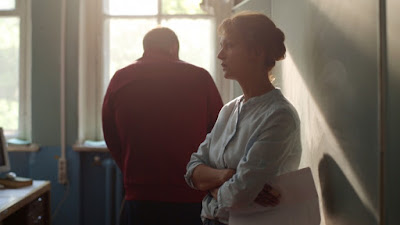 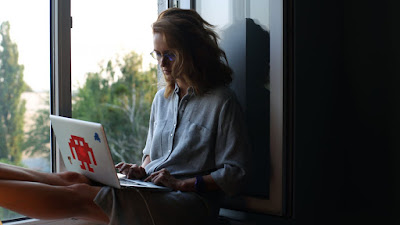 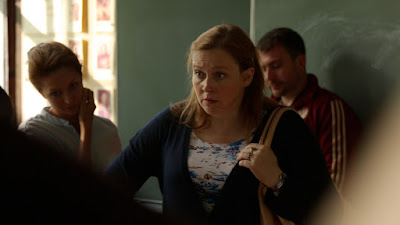 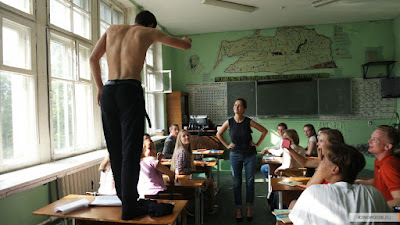 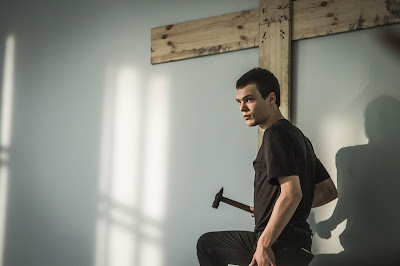 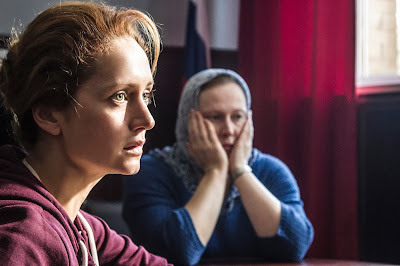 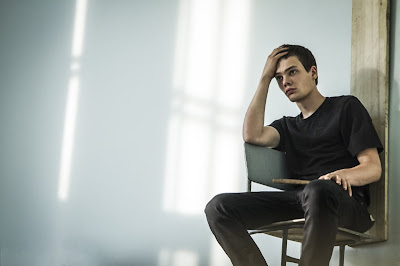 Without a doubt the worst film of the year, bordering on hysteria, as it’s poorly constructed, increasingly pretentious, becoming little more than an overblown mouthpiece for an ill-conceived authoritarian state, a metaphor for Putin’s Russia, as it fails to deal with any of the significant issues raised, religious freedom, a separation of church and state, as they’ve merged and become one conglomerate, including an alarming rise of homophobia and anti-Semitism, instead casting blame on whoever questions the authority’s handling of affairs.  Without an ounce of subtlety, this film rams the Biblical scriptures, as exemplified by the teenage rebellion of a religious zealot still in high school, through the administrative authorities of the Russian state who have adapted religious orthodoxy into their political platform, so are too weakly divided to stop him, none of which prevent this student from denouncing his teachers and fellow students, taking over classrooms at will, dominating the discussions, and literally bullying his way through school by extended rants of quoting Biblical verse at the top of his lungs, with onscreen titles acting as footnotes, reflecting the Biblical origins of each text.  Adapted from the German play Martyr by Marius von Mayenburg, the whole thing has the feeling of sermonizing and being preached at throughout, though the school’s tepid, near comical reaction reflects a satiric condemnation of the social conservatism that defines Putin’s rule, such as the passage of anti-gay laws.  Nonetheless, while it resembles Lynne Ramsay’s We Need to Talk About Kevin (2011) in the way a single child shows such utter contempt for his simple-headed mother and the world around him, finding vengeance in the wrath of God, hoping to force them all into the flames of hell, while he and only he is the mouthpiece for the Lord.  What makes little sense is his total transformation to a religious ideologue seemingly overnight, where the school and teachers have little clue how to deal with this volcanic force of Biblical hormones out of control, though anyone else that disrupted classrooms would be singled out and thoroughly dealt with by authorities.  But not this kid, who is treated with kid gloves, as if he actually is the coming Messiah.

With parallels to Dietrich Brüggemann’s German film Stations of the Cross (Kreuzweg) (2014), another film about religious fundamentalism, it’s clear no matter what political system, liberal German or authoritarian Russian, authorities are ill-prepared to deal with overly exaggerated cases of fundamentalism, where the adherence to a single set of extremist religious beliefs, and an intolerance for anything else, overwhelms the existing societal structure, as it defies the aims of any modernized educational system, which is to provide as broad-based an education as possible.  Most schools would not tolerate any student taking over classrooms, period.  The only solution is to remove them as a disruptive force unless they can learn to behave themselves, and if not, they are free to seek alternative educational measures.  In free democratic societies, religious fundamentalists exist in small like-minded sects and aren’t integrated into mainstream society, as they would be thoroughly denounced by a majority of citizens who would not allow the manipulation of religious beliefs being forced upon them, which is why the Amish don’t run the public school systems of Pennsylvania, and al-Qaeda or Isis theocracy are not taught in schools across Europe.  But in an authoritarian state that may already be infused with religious doctrine, the idea that they would be stifled and handcuffed to do anything about it is simply ludicrous.  Nothing could be further from the truth, yet that is the premise of this film.  While dramatic enunciations might work on stage, the exaggerations onscreen clearly undermine the entire film, as audiences don’t tend to like being shouted at for two hours, unless the literary dialogue is brilliantly original, as is the case in Mike Nichols’ Who's Afraid of Virginia Woolf? (1966).  But there’s nothing original about this, as it plods on in purely amateurish fashion, especially the use of blaring heavy metal music, Laibach - God Is God - YouTube (3:50), which punctuates the film like a hammer to the head, making little connection to audiences.

The film pretends to be a satirical look at the dysfunction of Putin’s Russia, but most of this is so laughably bad that it’s awful, as its own narrow scope refuses common sense solutions, yet the system’s paranoid reaction is as telling as the bizarre behavior of the student himself, mirroring the major institutions in Russia that have become increasingly dominated by small-minded reactionaries and bigoted political followers, where in 2013 Putin made faith-based culture mandatory teaching in secondary schools.  The heavy-handed style, however, is its own undoing, as it’s hard to take anything seriously simply by the predictable and overly simplistic way it’s being presented, revealing little about the current state of high school education or religious orthodoxy in Russia.  Petr Skvortsov is excellent, however, as young Veniamin (Venya), the only developed character in the film, as the rest are all caricatures.  Spouting condemnation at every opportunity, where he envisions himself as the lone voice of the Holy Spirit, his spontaneous outbursts provide a literary text for the film.  After witnessing the bullying of a disabled young gay student, Grigory (Aleksandr Gorchilin, who played the role of Venya in the stage version), he takes him under his wing as his lone disciple, but is thwarted in his attempts to faith heal him by mimicking the miracles of Christ, eventually turning on him with a vengeance.  Similarly, Venya mocks his biology teacher Elena (Victoria Isakova), refuting her scientific teachings of evolution with the scripture’s view of Creation.  At an administrative hearing, the head authority (Svetlana Bragarnik) acquiesces to his demands and brings Creationism into the classroom alongside Darwin, while also caving in on his demands that girls be more modestly dressed, leaving Elena on her own as the sole voice of dissent against this young rabble rouser, yet she loses her grip as well, going off on her own deranged and often pathetic rants.  Rather than elevate the material, the Biblical scripture becomes the means to incite anti-gay and anti-Semitic rhetoric, where instead of inspirational, it serves a destructive purpose.  While there is interspersed humor throughout (as it is supposed to be a satire), not enough, apparently, as it bogs down in its own chosen rhetoric, a toxic, scorched earth, religious crusade leading to a somewhat frantic and ridiculously discombobulated ending, becoming gloomily fatalistic, as there are no forces standing in the way.

While the director has been an outspoken critic of Putin, his dissident views have landed him under house arrest, accused of corruption, making him the second director (after Iran’s Jafar Panahi) banned from attending the 2018 Cannes Film Festival due to government charges filed against them.
Posted by Robert Kennedy at 12:24 AM