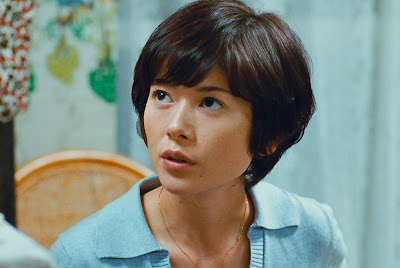 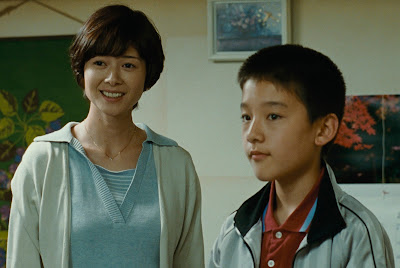 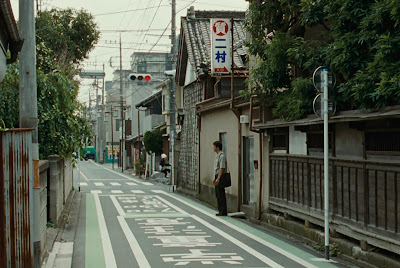 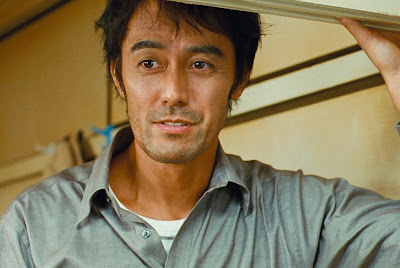 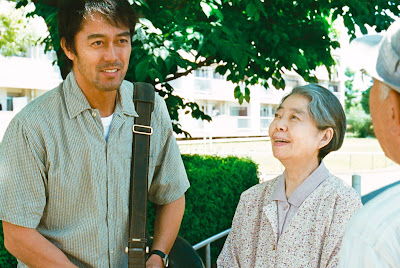 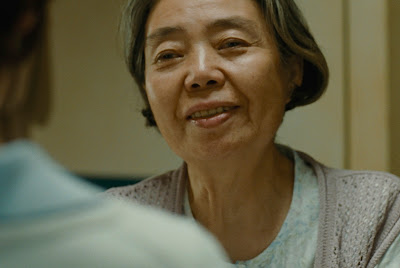 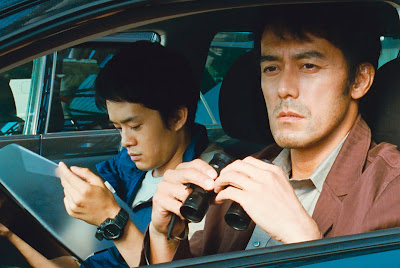 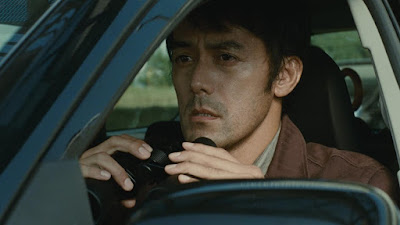 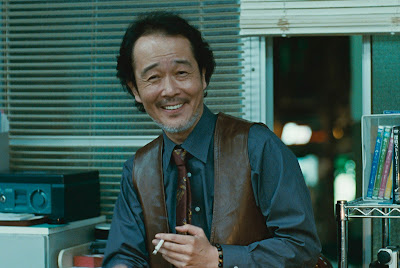 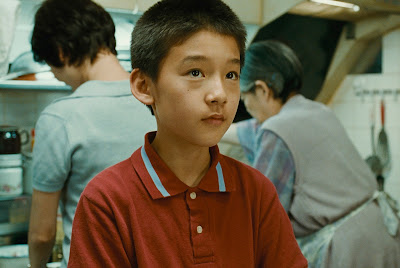 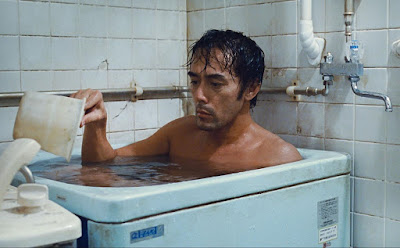 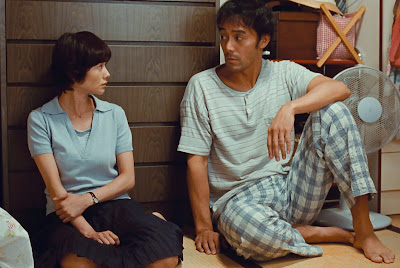 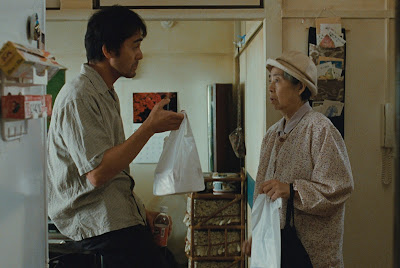 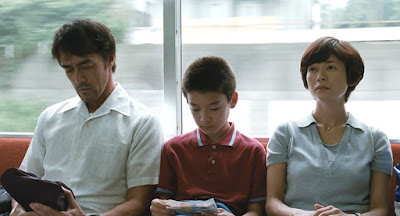 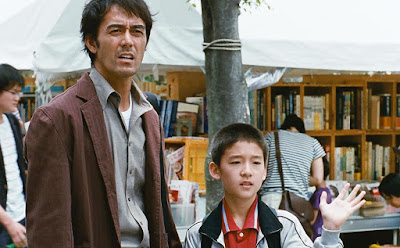 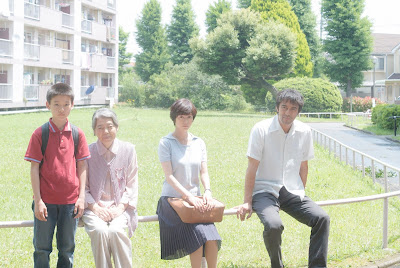 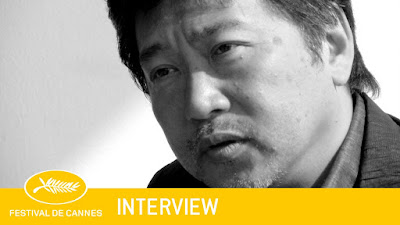 A director that seems driven to summon up the characteristics of what it is to be Japanese, often doing so by recalling the works of great Japanese directors of the past, especially Ozu and Naruse, though the director is quick to throw in Ken Loach as well, claiming he is a stylist of working class dramas, using a similar style and structure, where the goal appears to integrate the present with the past, offering a single, unbroken line in the observance of family life.   With a history in documentary film, including a recent made-for-TV tribute to Hiroshima entitled ISHUBIMI (2015), the director eschews sentimentality, preferring to film quiet human observances that are rendered in stark detail, where his family oriented films of late are surprisingly lyrical and gentle, documents of almost elegiac depictions of small but impactful moments, the kind of thing ignored by other directors, perhaps the antithesis of Eugene O’Neill slugfests, family dramas that feature plenty of shouting and incendiary personal confession.  Kore-eda’s father was a soldier in the Kwantung army in the Japanese puppet state in Manchuria, defeated by the Soviet army in 1945, one of 500,000 men sent to Siberian POW labor camps, where a tenth of them died in prison, and not all were released until the early 1950’s.  As a result, his father lost a good portion of his life, where it was a real struggle for him afterwards, while his son, perhaps because of it, makes films where every precious moment matters.  His characters are by no means perfect or idealized, but in this case, extremely relatable, as they resemble ordinary people we know.  Once again he’s developed one of his own stories, an intimate domestic drama centered around a divorce, where various family members have to reassess the damage while attempting to put the collective pieces of their lives back together again.  Interestingly, the Japanese title comes from a line, “even deeper than the sea,” from a 1987 pop song Wakare No Yokan from Taiwanese singer Teresa Teng, Japanese song : 別れの予感 Wakare no Yokan, Teresa Teng - YouTube  (4:01), though the original romantic sentiment has been transformed to invoke family ties that transcend love and death.

Set in Kiyose, a city on the outskirts of Tokyo, much of it is shot in the low-rent housing compound where the director grew up, we’re initially introduced to Ryota, Hiroshi Abe from I Wish (Kiseki) (2011), a down-on-his-luck character still living on the reputation of a successful novel written fifteen years ago, who hasn’t written anything since, yet mooches off others to scrape up money for the track, as his propensity for gambling squanders much of his earnings.  As a result, he’s on the outside looking in on his family, divorced from Kyoko, Yōko Maki from Like Father, Like Son (Soshite Chichi Ni Naru) (2013), who’s had enough of his nonsense, threatening to forbid him from seeing his 11-year old son Shingo (Taiyô Yoshizawa) until he catches up on his child support payments, putting him in even more desperate straits.  Ryota is charming and witty, an extremely likeable kind of guy you would like to spend time with, yet is something of an incorrigible con man as well, working part-time at a detective agency with a partner (Sôsuke Ikematsu), mostly missing pets and extramarital affairs, with both displaying questionable ethics, yet he continually tells others he’s simply gaining material for his next book, though he spends a good deal of his time spying on his ex-wife, taking special interest in the rich guy she’s currently seeing, a bit perturbed at his smug stability, fearful he will take his place in the family.  Haunted by his own bad habits that bear a strange similarity to those of his recently deceased father, it leaves him continually dwelling on the past, stuck in limbo, unable to move forward in life, mostly wracked by the guilt he feels for causing his wife Kyoko to divorce him.  Scrounging through his father’s belongings, pathetically looking for something valuable that he can pawn, he discovers a stack of old pawn slips and lottery tickets, habits he’s inherited, exactly the kinds of things that prevented his father from ever moving his mother out of this broken down housing complex.  Though he only gets to see his son once a month, he genuinely enjoys their time together and regrets not having more of an influence in his young life, though Shingo seems surprisingly unaffected by the drama and appreciates the warmth and honesty he feels from his father.  What separates this film from other more maudlin works is the biting wit and humor to be found throughout, as these characters are familiar with one another, where by now there are no secrets, openly dispensing criticism or opinions, where Ryota’s elderly mother Yoshiko (Kirin Kiki), the unsung hero in the film, cleverly sees through everyone’s flaws, yet always remains upbeat and optimistic.

Father and son enjoy their day together, where Ryota, of course, tries to buy his affections, splurging on things he cannot afford, while at the same time pestering him with questions about his mother’s new boyfriend.  Shingo sees through a lot of this, showing more maturity than his still adolescent father, who tries to introduce his son to rebellious activities, as this is what he remembers from his own youth.  Knowing a storm is about to hit, he decides to have a family dinner with Grandma, whose mood and energy immediately grows more robust at being included, joined by his non-nonsense sister Chinatsu (Satomi Kobayashi) who sees through this personal scheme, calling Kyoko to come pick up Shingo just as the storm hits, a deluge of wind and rain, the 23rd typhoon of the year, according to reports, leaving them all stranded in Yoshiko’s home for the night, much to her delight.  While it’s all a plot to reconcile with his former wife, in the claustrophobic environment of Ryota’s childhood home everyone has private moments together, allowing Ryota a few moments with Kyoko, who suspects a conspiracy afoot, but as her son is happy with the idea, she doesn’t make a fuss.  But when Ryota tries to make his case that he wants to be a better father for Shingo, she wants to know why this never got into him until now, and if his own father’s failings bothered him, why didn’t he provide a better home for his mother, as instead he wasted plenty of years, something she’s not likely to forget, adding a bit of sting to her firmness, all but quashing his dream.  At the height of the storm, Ryota runs outside with Shingo to hide inside the plastic octopus in the play area, completely protected from the rain, something he used to do as a kid.  As he’s reliving old times, suggesting he wants to lead a better life, be a better Dad than his father was, his son asks him, “Are you who you want to be?”  Somewhat caught off-guard by the directness of the question, he can only express his belief that he’s still working on it, that he’s not there yet.  Back inside afterwards, some of the best shared moments are between Kyoko and Grandma, where it’s clear Yoshiko values and appreciates what she’s endured, thinking of her as one of her own, even if her deadbeat son blew his once-in-a-lifetime opportunity with her, always chasing some elusive dream that never comes, wondering aloud, “Why can’t men love in the present?”  In this enclosed space, Ryota and his family must confront their deepest failures and the haunting truth of unrealized dreams.  With the realization that you can’t get back what you lose, there’s really no magical resolution, but there’s always an opportunity to be a better person, to heal the self-inflicted wounds, and provide a more sustained and responsible effort in becoming someone worthy of admiration from those we love.
Posted by Robert Kennedy at 12:01 AM