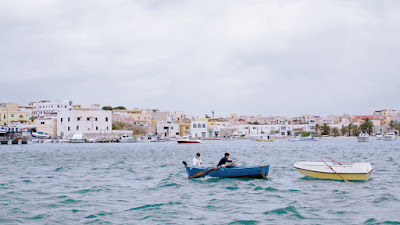 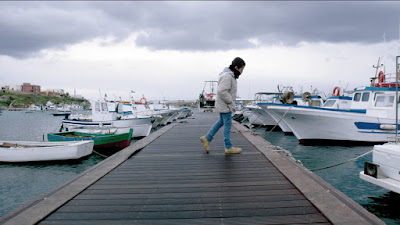 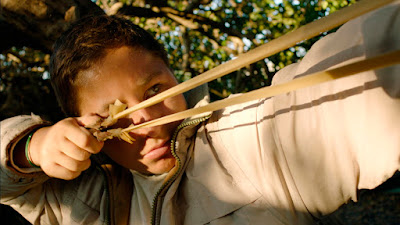 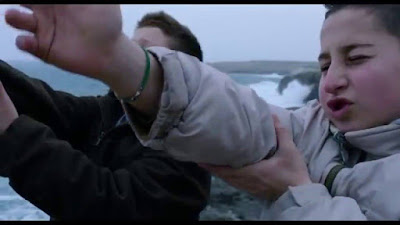 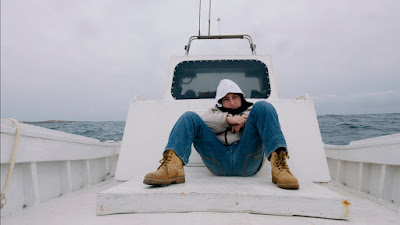 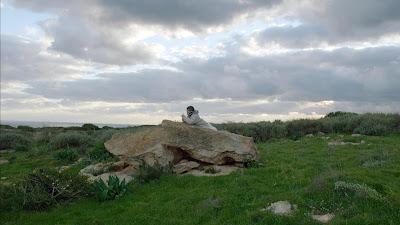 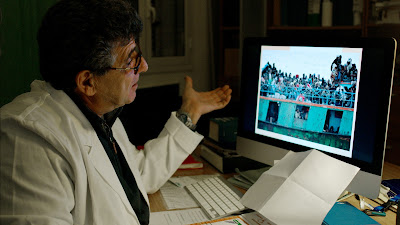 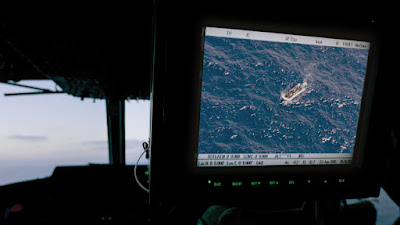 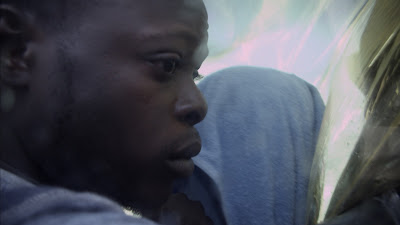 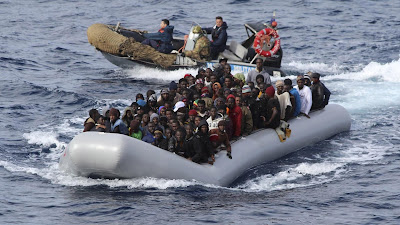 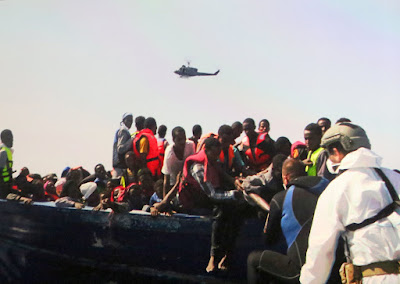 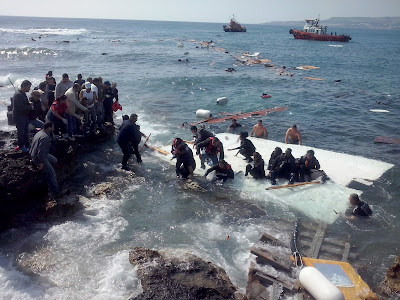 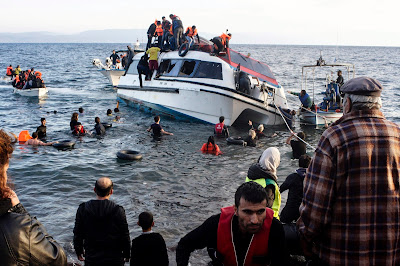 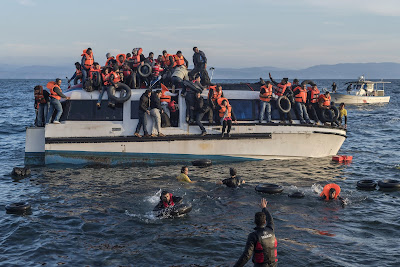 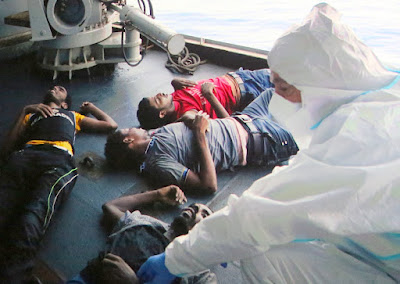 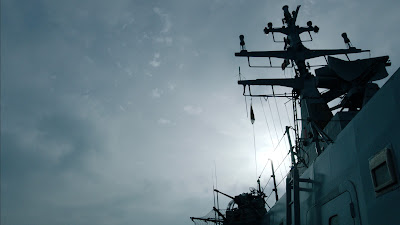 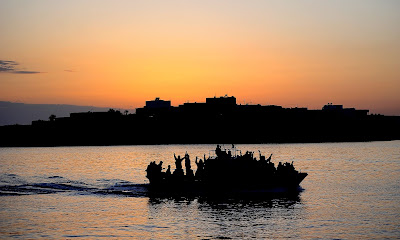 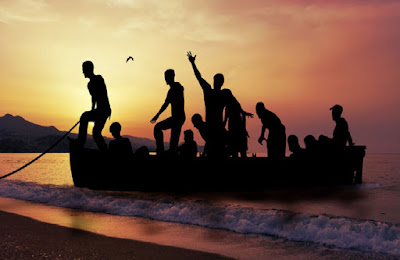 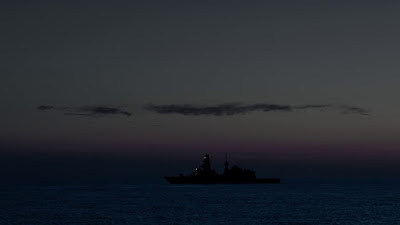 The island of Lampedusa has a surface area of 20 square km, lies 70km from the African coast and 120 miles from that of Sicily.  In the past 20 years 400,000 migrants have landed on Lampedusa.  In the attempt to cross the Strait of Sicily to reach Europe it is estimated 15,000 people have died.              —opening innertitles

While it’s impossible to see this film and not think about Rossellini’s Stromboli (1950), this is the kind of film that infuriates some, adding obvious fictional aspects into what is ostensibly a documentary film, where some do it well, like Jia Zhang-ke in 24 CITY (2008) or I WISH I KNEW (2010), or Haskell Wexler who invented the mold in Medium Cool (1969), creating a documentary-fiction hybrid that has become more prominently used today.  While this is more of an impressionistic film essay that often loses its way, what ultimately catches the viewer’s attention is the artful manner in which this film addresses the refugee crisis, arguably the biggest humanitarian crisis in Europe since World War II, with more than 60 million forcibly displaced people around the world by the end of 2014, where nearly 20 million were refugees flooding out of Syria, Libya, and Afghanistan, where at its peak nearly 60,000 refugees per month were arriving in Greece by sea (curtailed significantly by the implementation of the EU-Turkey Deal on Migrant Crisis in March 2016), yet there were also record numbers of deaths from those who drowned while attempting to cross the Mediterranean Sea, often on flimsy, home-made crafts or overloaded boats with poor equipment.  Looking exclusively from the vantage point of Lampedusa, a tiny Italian island between Sicily and the African continent, only about 45 miles from Tunisia in Africa and 120 miles from the southern Italian coast, with a population of only 6,000, they are on the front lines in the attempt to rescue refugees arriving in ships at risk, mostly from North Africa or the Middle East, providing rescue teams of helicopters and patrol boats, though often they arrive too late, with reportedly as many as 15,000 people having lost their lives just off the coast of the island.  But this doesn’t provide newsreel coverage like one can view on nightly news broadcasts, but instead creates a glimpse of life in a faraway part of the world that is disrupted by harrowing events occurring just off their shores.  Many will likely be disappointed that there is not more footage devoted to refugees, perhaps only 20% of the film, with the camera continually wandering elsewhere, mostly following a young kid, and while this remains the heart of the picture, the filmmaker takes the unusual steps of making only tangential references to the crisis, showing how easily it gets lost to the banality of everyday existence.

On 16 June when I asked Rosi whether he felt any affinity with neorealism he denied it.  Yet while digesting Fuocoammare I kept thinking about Visconti (La terra trema), Rossellini (Stromboli) and Antonioni (he started as a documentarist, there is a strong documentary impulse in L’avventura, and late in his career he made documentaries such as Ritorno a Lisca Bianca, and Noto, Mandorli, Vulcano, Stromboli, Carnevale). All three directors had a documentary impulse and a strong social consciousness.

Rosi’s answers to the morning discussion’s obligatory questions: 1) the first film you saw: he said that the first film that really impressed him was Antonioni’s La signora senza camelie, 2) the desert island film: Buñuel’s Los olvidados. His summation of a documentarist’s calling was of anthology quality.
Posted by Robert Kennedy at 12:01 AM