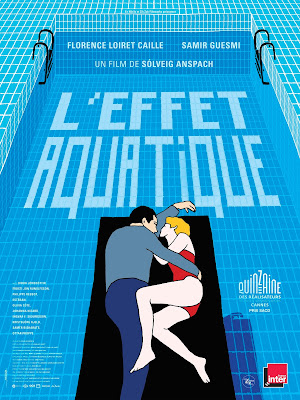 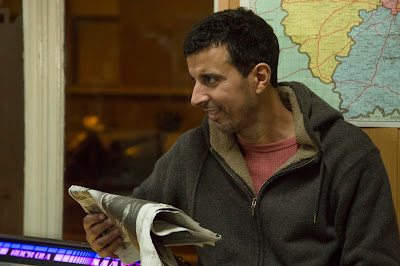 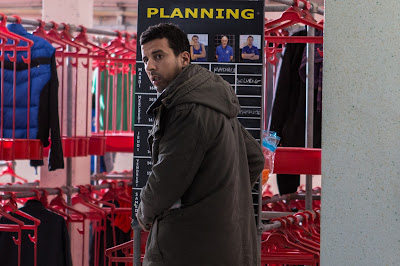 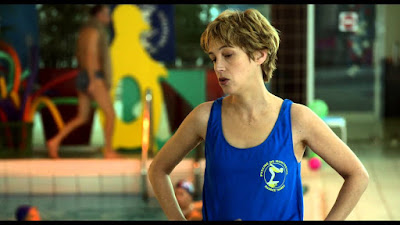 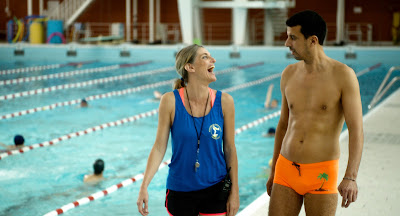 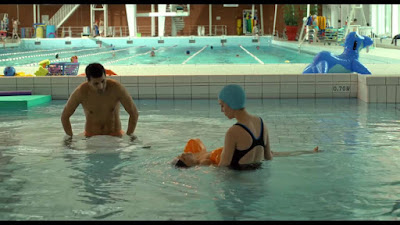 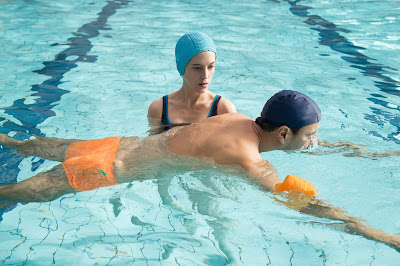 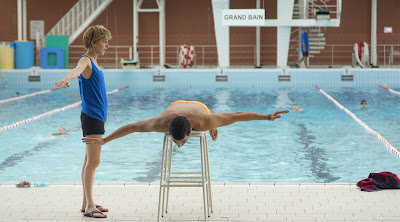 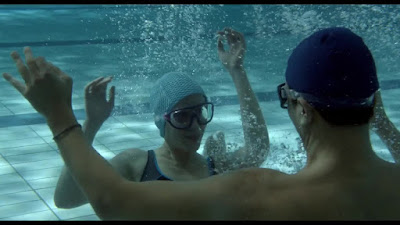 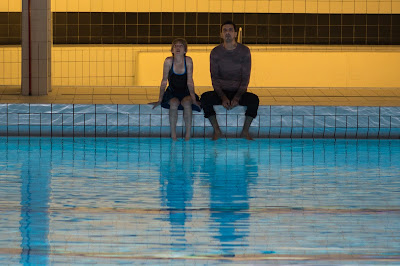 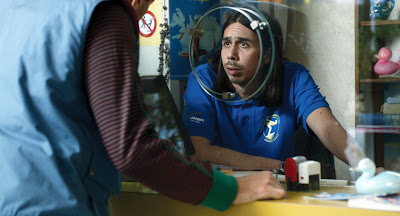 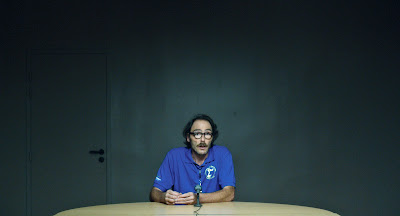 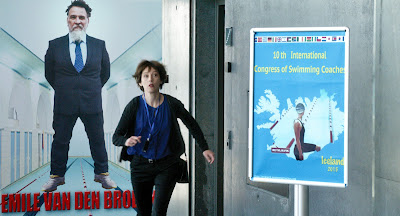 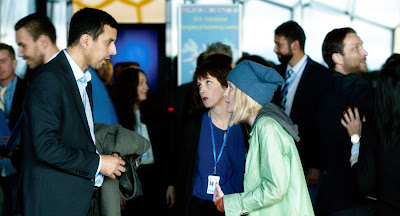 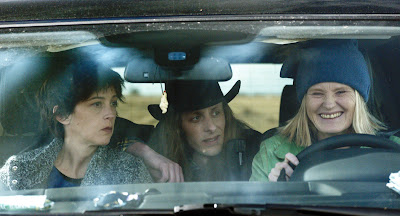 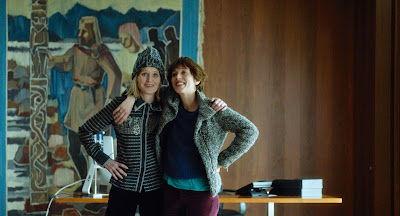 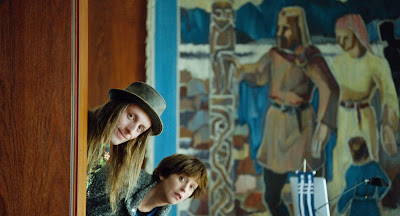 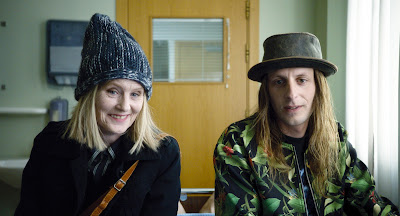 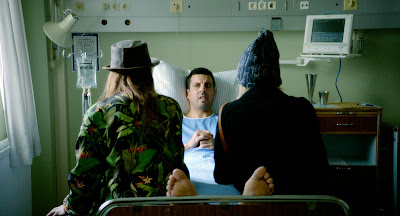 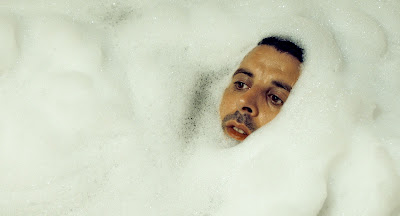 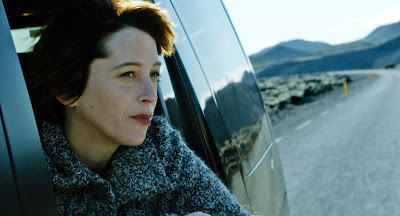 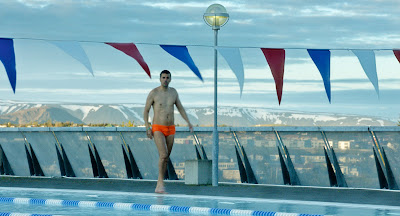 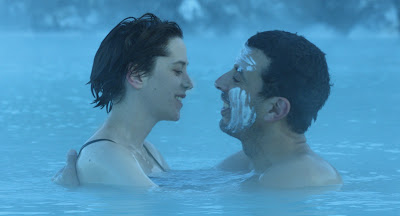 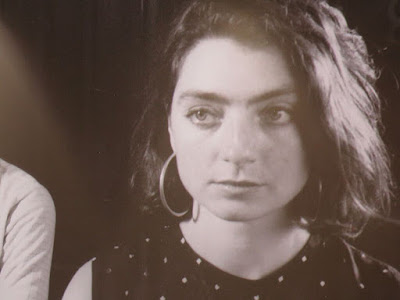 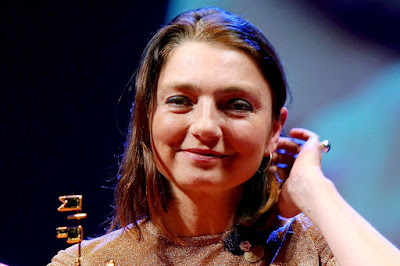 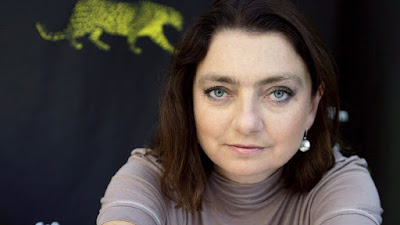 One of those quirky films that deserves to be seen, featuring oddball humor at its finest, yet it’s a rare style not easy to replicate, much of which must be attributed to the director Sòlveig Anspach, who unfortunately died of breast cancer in August of 2015, about a year prior to the release of this film, completed by co-writer and co-director Jean-Luc Gaget.  Having an Icelandic mother and an American father, yet raised her entire life in France, Anspach has a unique international perspective on life, one that is truly borderless, where in her wacky sense of humor and upbeat Voltairian manner she utilizes the best of all possible worlds.  Thriving on absurdity, sight gags, eccentric characters, and screwball comedy, she also creates wonderful characters that you won’t find anyplace else, carving out a unique niche in the world of cinema, awarded the SACD Award (Society of Dramatic Authors and Composers) in Director’s Fortnight at Cannes in a jury headed by Bertrand Tavernier.  The third of her Trilogy of Comedies, following BACK SOON (2008) and QUEEN OF MONTREUIL (2012), this film picks up where her last film left off, in the Parisian suburb of Montreuil, featuring returning characters Agathe, Florence Loiret-Caille, who is utterly brilliant, unflappable in her calm assurance, yet fiery when it comes to things she doesn’t like, such as liars and phonies, and Samir (Samir Guesmi), a somewhat shy and aloof, yet quizzical French-Arab crane operator and construction worker with a hangdog expression who is immediately blown away by the way Agathe undresses a guy in public with a verbal tirade of incensed fury, where she blows her stack in a bar at a guy’s lame tactics to get into her pants, thoroughly brushing him off and leaving in a huff.  Her sense of indignation is classic, and her headstrong style unforgettable.  Wanting to see more, he learns she’s a lifeguard and swimming instructor at the Maurice Thorez municipal pool, signing up immediately for lessons.  His impeccable taste in Speedos catches the eye of another instructor, however, Corinne (Olivia Côte), whose offensive body humor and intrusive shower etiquette suggest sadomasochistic dominance, where he needs the help of a sorry looking ticket seller Daniel (Estebán) and eccentric pool manager Reboute (Philippe Rebbot) to help guide his way into Agathe’s class.

Pretending he can’t swim, he enters at the introductory level, where he’s very impressed by her hands-on approach, growing a bit delirious at the thrill of it all, beautifully expressed in underwater scenes with both wearing goggles, yet he carefully conceals his glee until one night when he awkwardly gets locked inside the building.  Miraculously discovering Agathe alone in the pool, things go swimmingly, so to speak, as they both open up to one another, leading to a trip up to the high board where they share a kiss and an embrace before they are rudely interrupted by Reboute with a boombox, a bottle of champagne, and designs on impressing two young floozies by pretending to be the owner of the pool.  When one of the girls sinks to the bottom of the pool, Samir jumps into action off the high-dive, literally saving her from drowning.  Of course, Agathe realizes the deception and quickly exits, leaving Reboute to face the charges of his misconduct, where the investigation is led by none other than the film director herself.  She has a charming way of getting him to realize the error of his ways, as Reboute sheepishly tries every which way to squirm out of it.  By the time the storm has passed, Agathe is gone, having flown to Iceland for an international lifeguard congress in Reykjavík — only in this film would they invent such a thing, identified as the 10th International Congress of Swimming Coaches, where she is the chosen representative of the Seine-Saint-Denis region of Paris.  Not knowing what else to do, Samir heads for the airport.  Life in Iceland is decidedly different, as evidenced by the alternating schedule of City Counselors, Anna (Didda Jónsdóttir, an Anspach regular) and Frosti (Frosti Jón Rúnólfsson), where they switch who is in charge on consecutive days, with each thoroughly enjoying being the boss of the other, making them perform the most humiliatingly trivial jobs.  The sleek, modern look of the conference center has an inviting style of architecture that accentuates glass windows, creating an unusual sense of open air and unlimited space, providing a friendly atmosphere that breathes openness and understanding.

With Agathe at the podium delivering introductory remarks, her eyes become fixed on the Israeli delegate, none other than Samir, where she decides to put him on the spot and cede the floor to him.  In halting speech, after a bit of stuttering and stammering, he comes up with the idea of meeting with the Palestinian delegate to build a joint Israeli-Palestinian swimming pool, accent on the often repeated word “together,” a peace gesture that he decides to call “The Together Project.”  The auditorium goes wild with enthusiasm, where he’s immediately heralded the celebrity of the day, with everyone wanting to shake his hand, or take selfies together, with a skeptical Palestinian delegate, a real estate developer, handing him his business card suggesting they meet, where overnight he’s the most popular guy in town, where all the girls want to share a drink with him.  Agathe, on the other hand, is stupefied by the trickery on his part, knowing it’s all an act.  But in Iceland, it’s all about Anna and Frosti, an exaggerated comic routine of hyperbole, slapstick, and personal ridicule, each continually making fun of the other.  But it’s also a glimpse into Anna’s extended family, viewed as a picture of complete dysfunction, where her son turns out to be a foie gras smuggler, stealing a farmer’s geese to manufacture his own product line, while at the same time Agathe fumes about the Israeli delegate’s deceit.  But when she describes how this guy lied to her and then traveled all the way to Iceland just to see her again, the others find it a terribly romantic gesture that subjected him to extreme ridicule, a French-Arab character pretending to be Israeli at an international event, yet he somehow landed on his feet, where all the Icelandic women now want to flirt with him.  Veering into totally unexpected territory, Samir loses his memory from a freak accident, leaving him neurologically compromised, as he can’t even remember his name, where he may or may not be faking it.  Who knows?  It ends up being a goofy love story that is hilariously offbeat, always providing the unexpected, yet it has the ability to capture characters at their most vulnerable moments, providing a window into their true selves, where they’re really just a couple of lonely people.  Totally implausible throughout, none of that matters, as it’s a touching film that is a delight throughout, where the zany experience feels like a breath of fresh air, where it will be extremely hard to fill the void left behind from the loss of this director.
Posted by Robert Kennedy at 12:00 AM