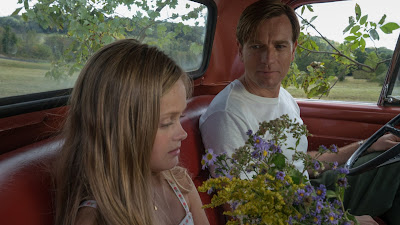 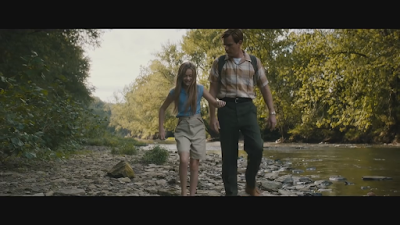 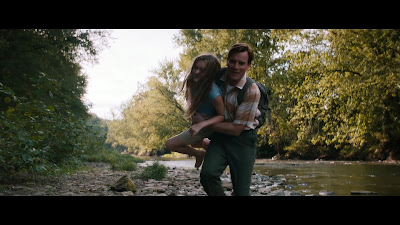 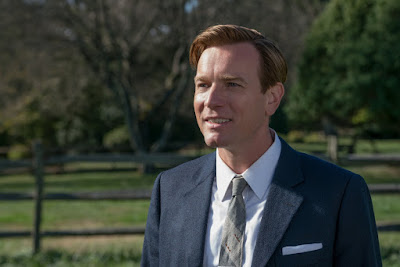 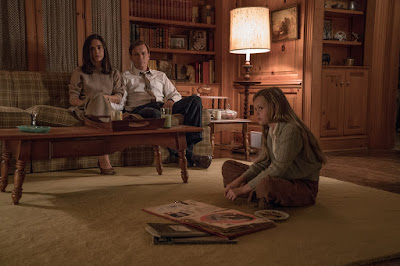 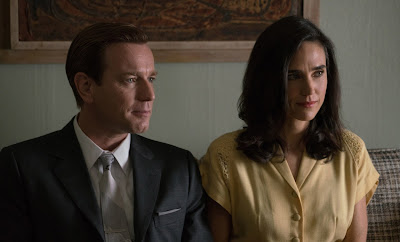 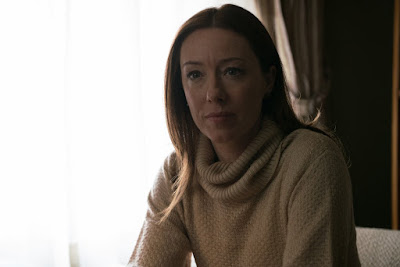 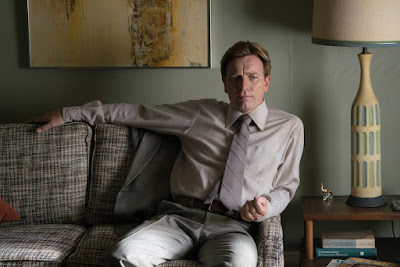 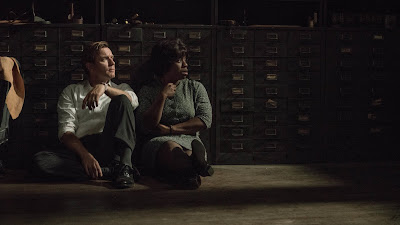 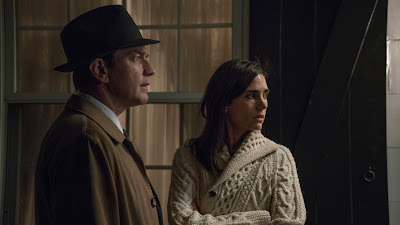 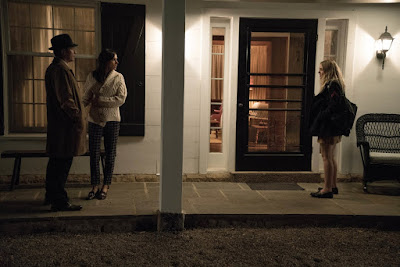 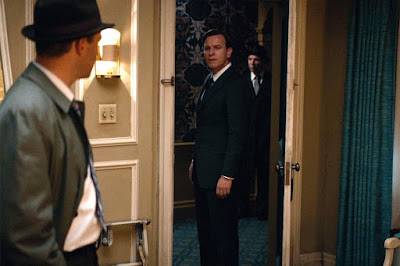 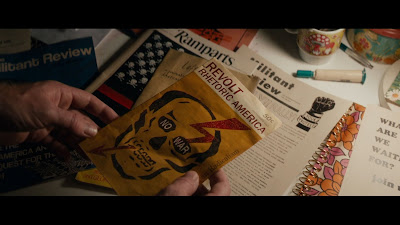 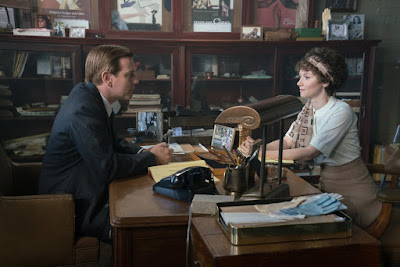 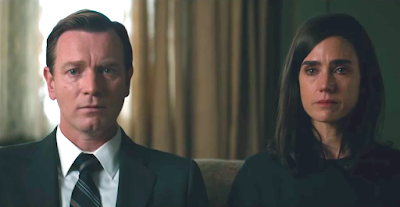 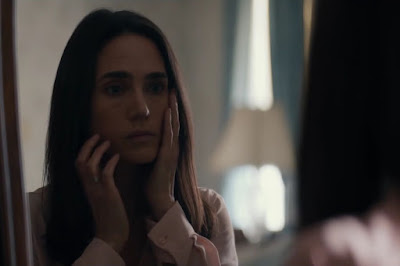 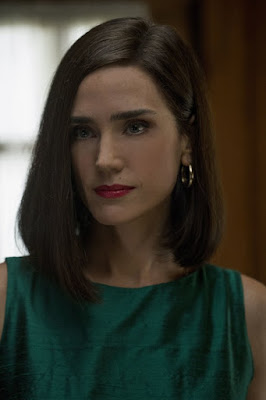 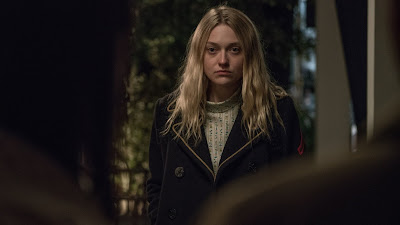 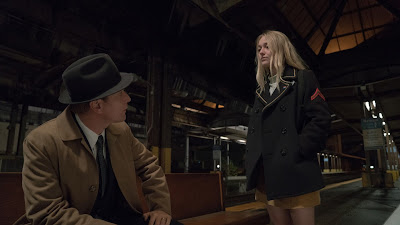 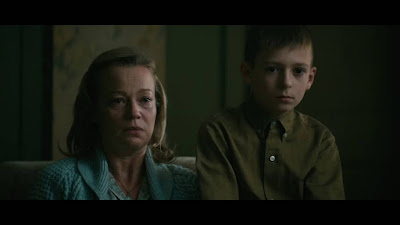 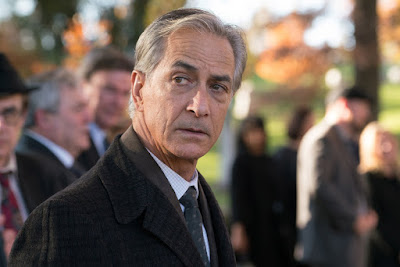 We are against everything that is good and decent in honky America.  We will loot and burn and destroy.  We are the incubation of your mothers’ nightmares.
—John Jacobs, Weathermen co-founder, December 1969

A downward spiraling, extremely exaggerated sad and somber affair, and clearly an overreaction to the failed ideals of the tumultuous 60’s, which provides an underlying context for the film, adapted from the Pulitzer Prize winning 1997 novel by Philip Roth, suggesting what lies underneath the outward veneer of human behavior remains an unending mystery, something no one ever seems to get right.  Coming out of the optimism of the postwar WWII generation that saw new and expanded economic opportunities, the film reflects the tragedies of an American Dream gone sour, where living the perfect life takes on new meaning, as the ungrateful offspring turned on the economic prosperity enjoyed by their parents, blaming them for all that is wrong with the world, suggesting too much comfort and complacency allows societal horrors to continue unabated, similar to what happened in China, by the way, in their Cultural Revolution happening simultaneously from 1966 to 1976, where children turned government informants on their parents, with dire consequences, exiling their parents to agricultural farm re-education camps, like some kind of Twilight Zone episode, except it really happened.  While this isn’t quite so dire, it is a variation on the Paradise Lost themes, suggesting the journey that began with the riots and racial unrest of the 60’s Civil Rights movement and the anti-war fervor against the Vietnam War led to the Black Panther Party and the radical acts of the Weathermen, eventually exposing the lies and cover-up of the Watergate scandal, which led to the subsequent anti-government cynicism that plagues our nation today, where one can only conclude America’s age of innocence is over.  This film takes a look at one middle class family that chose to live in a beautiful old stone house out in the country in Old Rimrock, a fictional pastoral community a half hour from Newark with a history that goes back to the Revolutionary War, where the small town becomes a microcosm for the larger issues affecting the nation, as described in the novel:

Let’s remember the energy. Americans were governing not only themselves but some two hundred million people in Italy, Austria, Germany, and Japan.  The war-crime trials were cleansing the earth if its devils once and for all.  Atomic power was ours alone.  Rationing was ending, price controls were being lifted; in an explosion of self-assertion, auto workers, coal workers, transit workers, maritime workers, steel workers—laborers by the millions demanded more and went on strike for it.  And playing Sunday morning softball on the Chancellor Avenue field and pickup basketball on the asphalt courts behind the school were all the boys who had come back alive, neighbors, cousins, older brothers, their pockets full of separation pay, the GI Bill inviting them to break out in ways they could not have imagined possible before the war.  Our class started high school six months after the unconditional surrender of the Japanese, during the greatest moment of collective inebriation in American history.  And the upsurge of energy was contagious.  Around us nothing was lifeless.  Sacrifice and constraint were over.  The Depression had disappeared. Everything was in motion.  The lid was off.  Americans were to start over again, en masse, everyone in it together.

What’s never made clear in the film, though it’s the book’s central premise, is that the protagonist Seymour Irving Levov, played by Ewan McGregor, who also directs the film, does not look or behave like a Jew, one of the few fair-complexioned Jewish students in the 1940’s from a preponderantly Jewish public high school in Newark, New Jersey, who became known as “the Swede” for his blond hair and athletic stature, star of the baseball, football, and basketball teams, often leading the school to city and state finals, becoming the envy of everyone in his high school and a legend throughout Newark, spawning fantasies almost as they imagined Gentiles, where you could forget about work or building a career and instead place all your hopes on athletic prowess.   The opening narration comes from Nathan Zukerman (David Strathairn) while attending his 45th high school reunion, as he still idolizes the Swede even after all these years, never really knowing what happened to him, but at the reunion he runs into the Swede’s younger brother Jerry Levov (Rupert Evans), who had just attended the Swede’s funeral.  Rather than the dream of what was supposed to happen to him, filled with all manner of heroism and success, we learn from Jerry what actually happened to the Swede, which plays out in a flashback.  Despite being a natural at sports, defying the Jewish stereotype that Jews are not athletic, the Swede passed up an opportunity to play professional baseball with the New York Giants and instead, like a responsible Jewish kid, went to work in his father’s business, where almost effortlessly he becomes equally successful manufacturing women’s gloves.  Yet the embodiment of his success is marrying a shiksa, Dawn Dwyer (Jennifer Connelly), a good Catholic girl who is also a beauty queen, named Miss New Jersey in 1949, where the pre-nuptial, face-to-face discussion with the Swede’s father Lou (Peter Riegert, boldly honest, easily the best thing in the film) about how to combine the mixed faiths on birthdays and holidays is positively hilarious, as they wrangle about “making concessions” like it’s some sort of business deal.  In order to enjoy their success, where we assume he’s a millionaire, he moves out into the country to lead that perfect, idyllic existence that most Americans can only dream about.

The apple of his eye is Merry (Ocean James as an 8-year old), a Daddy’s girl, his over-privileged daughter and the source of parental pride and continual extended family satisfaction, although she speaks with a stutter.  As this appears to be more than a phase, they eventually seek professional help from a speech therapist, Sheila Smith (Molly Parker), who believes the problem stems from deep-seeded psychological issues where she’s expected to live up to the idealized perfection of her mother, a beauty queen, suggesting the deck’s stacked against her, a rather amusing and unexpected personalized diagnosis that leaves both parents squirming in denial.  All this happens in the opening fifteen minutes of the film, a beautiful set-up, but it’s all downhill from there.  By the time Merry (Dakota Fanning) reaches adolescence, she hates her mother, hates their upscale life, and rages against the capitalist exploitation of the mostly black workers in her father’s factory, becoming a budding radical who lines her bedroom with political posters and slogans.  When Newark goes up in flames from the race riots of 1967, with roving gangs destroying much of the city, most white businessmen bail out during the rising tensions, but not the Swede, who keeps his factory open, maintaining the jobs of his workers.  But this isn’t enough for Merry, inspired by radical groups in New York, waging war against America’s war in Vietnam, “bringing the war back home,” an infamous Weatherman slogan, where she’s the lead suspect in a local 1968 bombing of the Old Rimrock post office that killed an innocent civilian, disappearing afterwards where she’s not heard from since, apparently joining the Weather Underground.  While her parents continue to deny their 16-year old privileged, upper middle-class daughter could have anything to do with this, this incident shatters their life and their marriage, blowing to smithereens any concept of the American Dream.  The actual timing is out of whack, as posters discovered in her room suggest Merry is following the rhetoric of the Weathermen a year before they were actually formed in the summer of 1969.  While there’s reason to believe a lot of students and workers around the world felt this way, for more on that, please see Chris Marker’s definitive work The Grin Without a Cat (Le Fond de L’Air Est Rouge) (1977), but Merry is simply a stand-in for others, Mark Rudd, Katherine Boudin, and Jane Alpert, all in their twenties, Jewish, middle-class, college-educated, yet somehow turned violent in their anti-war radical stance committed to revolutionary action, and determined to change the direction of the United States government.  While this may seem unfathomable even to this day, the film’s trajectory simply defies belief in attempting to explain this “abnormality,” growing more pathetic with each subsequent scene, yet Roth, the author of the book, remains equally perplexed, where he goes so far as to suggest the Swede was destroyed because he wasn’t a very good Jew, that he passed for a WASP (White Anglo-Saxon Protestant) in society, something that in his mind he could not escape, opening him up to God’s wrath, inflicting a terrible Job-like punishment.  These are all terrible reactions that miss the mark, as they still fail to understand the underlying context of what drove the radicalization of the 60’s.  Believe me, it was not God’s wrath, and might be better understood by reading Frantz Fanon.
Posted by Robert Kennedy at 12:01 AM