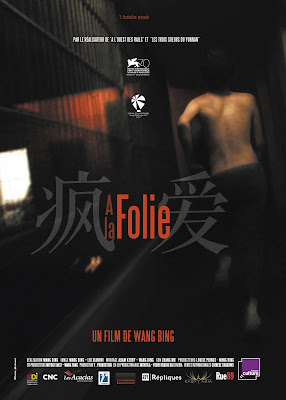 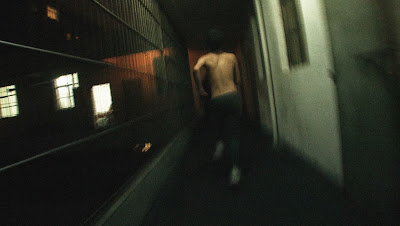 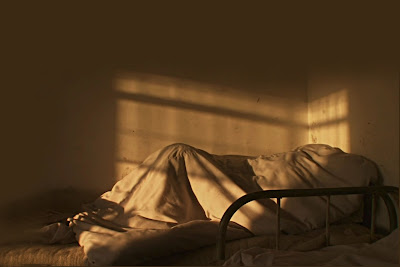 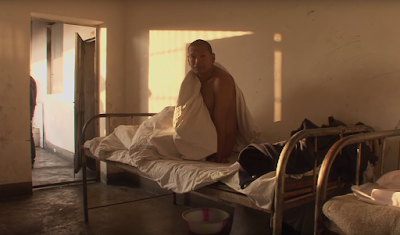 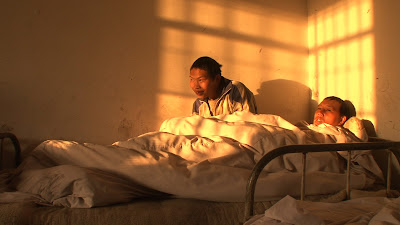 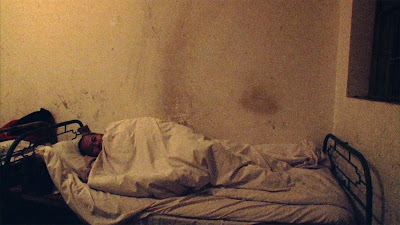 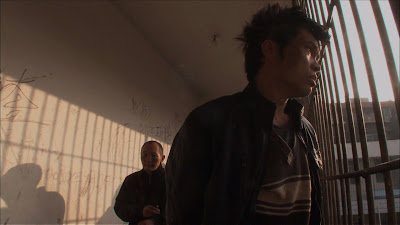 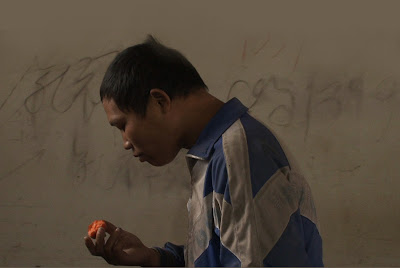 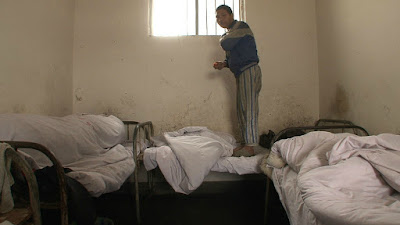 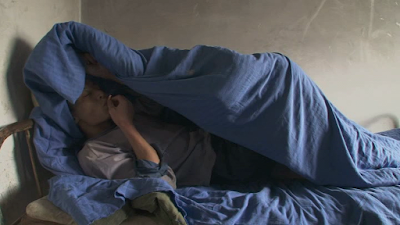 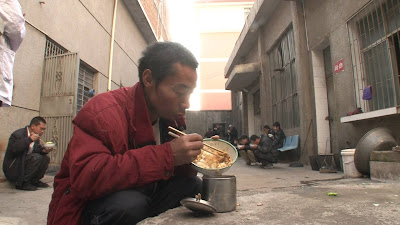 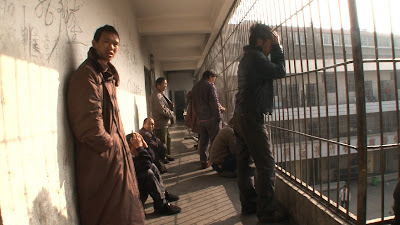 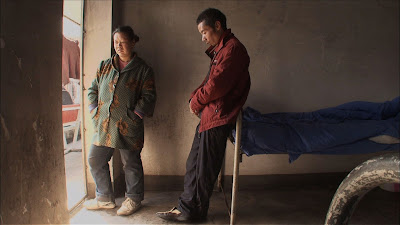 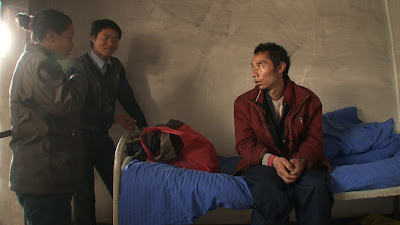 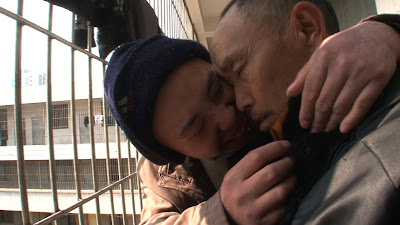 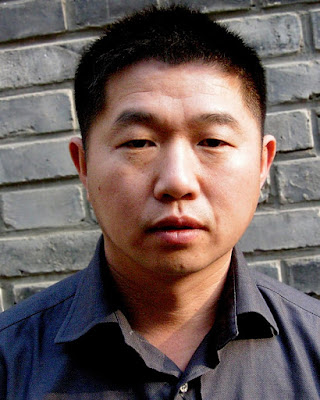 
I wasn’t sick until you locked me in here and made me sick.


Truly one of the saddest, most bleak experiences one could possibly imagine, as often documentary films may be evaluated based on the unfamiliarity with the territory, where here Chinese filmmaker Wang Bing takes us inside a locked Chinese mental institution in rural Zhaotong, located in China’s southwest Yunnan province, offering no commentary whatsoever, where in this film there’s little need for explanations.  Instead, he allows viewers from all over the world exclusive inside access to one of the world’s most troubling aspects, what to do with a country’s undesirables, where a nation may often be judged on how it treats its lowliest citizens.  Is there such a thing as auteurism in documentary film?  If there is, this kind of grim look at the raw edge of humanity is a rare human endeavor, as few would walk this same path.  What elevates this film is the uncompromising nature of the artist who made it, much like American documentarian Frederick Wiseman, as he continually holds himself to the highest standards, refusing to allow even a hint of artifice, creating a challenging and thoroughly demanding experience, which makes the film all the more relevant.  Admittedly the film is not for everyone, but it’s a beacon of light in the commercial wasteland of slight entertainment films that aren’t really worth a damn.  The degree of difficulty encountered is what sets this film apart, as it starts out with major obstacles to overcome.  Except for one brief sequence, the entire film takes place inside the cramped, claustrophobic confines of a locked institution, where few if any of the inmates would be considered certifiably crazy, but instead they remain locked up due to the difficulty they pose to their families or to the state, where it’s simply easier to remove them from conventional society and place them out of harm’s way.  It’s a frightening prospect, where few if any of these individuals feel they actually belong here, as all feel victimized by a terrible injustice to be involuntarily placed inside a locked facility that resembles a prison compound.  What crime did any of them commit to get there?  There are no lawyers or judges seen arguing their cases, or even therapists or counselors found anywhere on the premises.  For that matter, there are frightfully few doctors.  Instead the inmates are medicated daily by a medical team so that they are not a burden to the staff, where they are drugged to intentionally make them more compliant, spending much of their time sleeping, day and night, where there’s absolutely nothing to look forward to or feel good about, as these are the throwaways of Chinese society.


Some 200 men and women are housed in this enclosed facility that resembles a concrete prison block, men and women on separate floors, with open space in the middle, with inmates kept behind giant iron bars staring off into the distance, where the men house the top 3rd floor where there are sometimes 5 and 6 to a room, a chamber pot placed beneath each bed, where they are free to roam aimlessly through all hours of the day and night, circling the narrow grounds over and over again with no real place to go, as they are confined to one floor where they are largely ignored unless they’re found causing a disturbance, at which time they may be temporarily removed from the floor.  While other inmates suggest beatings take place off camera, one man is returned in handcuffs placed behind his back which clearly limits his ability to sleep it off or even go to the bathroom, contending his arms grow numb after awhile, but he is left to stew in his own discomfort well beyond the appeasement point despite his incessant pleas with authorities, signs of a sadistic, old-fashioned practice that remains thoroughly barbaric.  Indifference is the state of mind one constantly confronts, as inmates calling out for doctors are routinely ignored, while those sitting in a common TV room show a similar state of apathy and personal detachment, perhaps the most common affliction on the premises.  Another receives a potent shot that leaves him dazed and zombie-like afterwards, where at one point he remains fixed to the floor, barely able to move, despite constant ribbing from other inmates who tease him on his passivity, claiming he can’t handle the medicine.   What we see are men in soiled clothes, sleeping under heavy comforters in wool caps and heavy jackets, never once seen changing their clothes, where there’s no concept of personal hygiene, no one seen washing their hair or brushing their teeth, where we never once see any evidence of soap.  On the floor there is a common spigot of water for the entire floor to use, where at one point we see a naked man stroll past others to fill his chamber pot with water and splash it over himself, leaving a giant puddle on the floor, which is the closest thing we ever see to a shower.


Mostly we see men huddled under heavy blankets, which is where they spend most of their time, where heads pop up from time to time to see what the commotion is all about, as the presence of a filmmaker on the floor does generate attention, where some in the TV room just stare straight at the camera, where there isn’t an ounce of emotion expressed on their faces, instead they are simply blank, expressionless faces.  The men hardly seem human much of the time, as the length of time spent with these inmates feels like an eternity, where the duration of their endless purgatory is an indicator of how their lives are spent, literally wasting away in this hellhole, where the facility is seen as a way station for ghosts passing in the night with no outlet or release.  The only director comment is the written identification of the name and length of time various inmates have spent in this facility, which are occasionally seen alongside certain individuals, where some have been there for as long as ten or twenty years.  Perhaps the ones that have it the hardest are the newest inmates, as they can’t believe how they ended up here, utterly stupefied by what lies in store for them, where one man stands alone looking out over the empty space whimpering in tears all night long.  One man is heard to confess that most men end up here due to fighting, where the police or a family member may have them permanently sent away.  One never sees any assessment of their sentences, instead they seem to be forgotten souls who are locked up and forgotten about, languishing alone for years or even decades.  One woman is seen regularly visiting her husband, but he’s so outraged that she would do this to him that he doesn’t want to have anything to do with her, remaining belligerent throughout each visit, though clearly he’s aware of his thought process.  The man simply can’t forgive her for what she’s done.  She’s immune to the plight of his dehumanization, claiming he’s better off here, bringing him fresh fruit, then making him share with other hangers on, even some that he obviously despises, but what can he do?  In this facility, each inmate uniformly has no possessions.  When a package arrives from home, others hover around these lucky few like vultures, just waiting for their opportunity to take what they can, where the men are forced to guard and consume nearly everything all at once for fear it will be taken away from them.  There is simply no concept of privacy, instead what’s yours is also mine.


What remains off camera are the sexual practices of the men, where one would expect a great deal of forced homosexual sex, especially taking advantage of the weakest and most vulnerable among them.  One can only imagine the extent of this practice, which is likely identical to a prison population, as adult men of all ages are seen on the grounds.  One inmate has a regular conversation with a female inmate on the floor below, where they discuss sex regularly, often initiated by the woman, where he is able to walk down a stairway to a locked entranceway where she is housed, and they can kiss and touch each other through the iron gates, presumably even have sex.  The tip-off that this is happening is he removes the light bulb in that corner, where they can fondle each other under cover of darkness.  Throughout this lengthy film, lights are seen turning on and off in distant corridors, seemingly at random times, where one wonders how much of this is related to similar behavior.  No one ever seems to sleep in the dark, as lights remain on even at night while everyone’s sleeping, though one might expect lights are a necessity for filming, revealing the filth and constant grime, where part of the brutality is the stark ugliness, including the graffiti written on the walls.  Occasionally men cohabitate under the covers, where it appears some are regular partners, which are among the only moments of tenderness or affection seen throughout the film, while at other times men wishing to climb under the covers are soundly rejected.  In a rare inexplicable moment, one man goes home for the New Years holiday, which feels so out of place as inmates are routinely seen talking about family visits, but this feels like wish fulfillment, as no one ever actually leaves.  It’s the only moment where the viewer is spared having to share confined space with the inmates, feeling like a breath of fresh air, but once home with his wife, living in what looks like an open aired, abandoned building, they have absolutely nothing to say to one another.  Instead he’s forced to take long walks, where it’s apparent the camera is expanding the existing space, opening up to a world outside, but one that has little to offer, as his wife nags him that it might be time for him to return to the asylum.  Instead he walks away, obviously with no place to go, but he walks anyway, seen walking down a desolate highway late at night, where even in freedom, his only destination is to lose himself in utter oblivion.  Returning back to the facility afterwards, we briefly follow what appears to be a couple, showing an awkward, unorthodox nature, but also a unique closeness, where even in this dumping grounds, friendships develop.  In scrolling intertitles at the end, we learn that some of the men confined were caught murdering friends or family, yet they co-exist with alcoholics, men brought in by the police, or those with physical or mental impairments, including one who is obviously a mute, yet they are all treated with the same indifference and disdain, as the state doesn’t recognize a difference in their criminal history other than they are all considered undesirables, unfit to mix with society.
Posted by Robert Kennedy at 12:12 AM