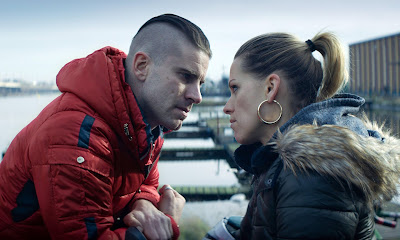 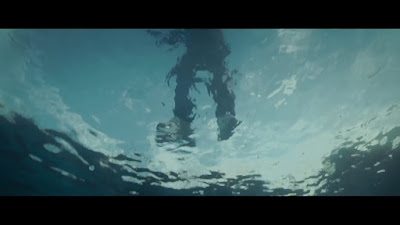 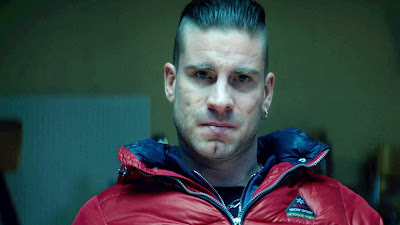 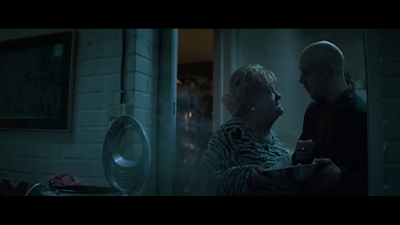 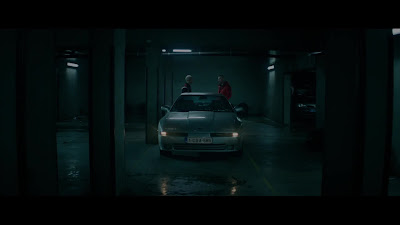 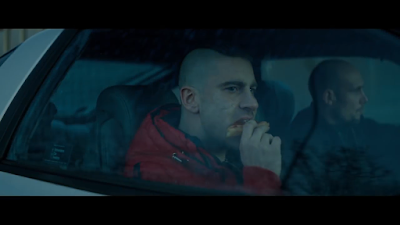 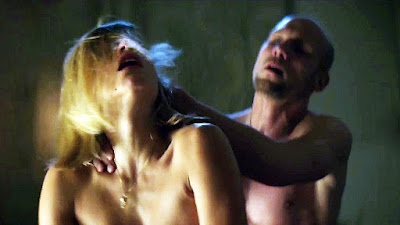 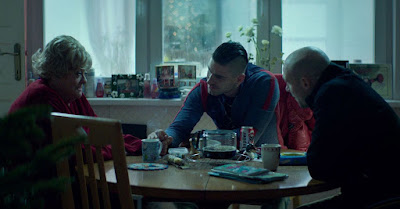 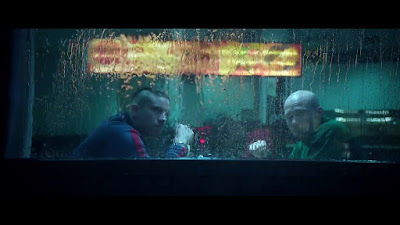 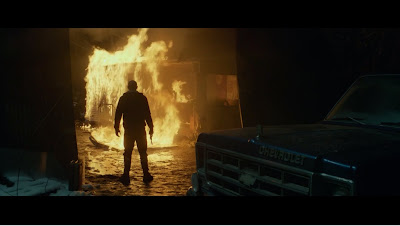 A tone poem of malice and wounded masculinity, reminiscent of several iconic neo noir thrillers, recalling the Coen brothers’ Blood Simple (1984) and Fargo (1996), David Michôd’s Animal Kingdom (2010), Justin Kurzel’s Snowtown (2011), and Michaël R. Roskam’s 2012 Top Ten Films of the Year: #6 Bullhead (Rundskop) , yet instead of demonstrating that kind of dazzling cinematic flair, first time director Pront has created a style over substance film, where he seems to love to rub our noses in the mud and murk of Antwerp, filling the screen with typical low-life characters no one gives a whit about.  And therein lies the problem, as we’ve seen this sort of film before, elevated to much greater heights than achieved here, yet because of our familiarity of the genre, we kind of like what it’s trying to do, but it just never gets there.  While BULLHEAD director Michaël R. Roskam was initially on tap to direct the film, instead he ended up as an associate producer, BULLHEAD star Matthias Schoenaerts was initially chosen to star, but dropped out when one of the co-writers was given the go ahead to direct his first film, where these choices make a sizeable difference.  The other co-writer is one of the leads in the film, where they both may be too closely stuck to the material, unable to offer improvements, which eventually undermines the film.  While it has a hyper-masculine, super aggressive style, the story itself is fairly generic and overly fatalistic, where it’s all gloom and doom from the outset, opening with an adrenal surge of a man in a mask crashing into a pool of water, making his way to the getaway car, informing the driver, “Just drive.  There was nothing I could do.”  While we immediately think he may have left a dead partner behind, subsequent courtroom sequences reveal his brother Kenny (Kevin Janssens) has taken the rap for a bunged burglary, sentenced to seven years in prison.  Dave (co-writer Jeroen Perceval) managed to get away scot free, taking advantage of his brother’s absence by moving in on his girlfriend Sylvie, Veerle Baetens from The Broken Circle Breakdown (2012), aka the driver.  Not only that, both have gotten sober in the interim, straightened out their lives, and are trying to lead respectable lives.  All that changes when Kenny gets out after four years.

The brothers are polar opposites personality-wise, as Kenny is a high-strung hot-head with a hair-trigger temper, the enforcer, afraid of no one, while Dave is more reserved and inwardly introspective, the more deliberately thoughtful of the two, most likely the planner of their earlier crimes.  While Dave lives separately with Sylvie, he’s never gotten the nerve to tell his brother about their relationship, forced to keep it secret, which eats at him every day, even as he has sworn to his mother that he would look after his little brother.  Sylvie on the other hand fends off Kenny’s initial advances, reminding him things have changed, even though she works as a waitress in a risqué strip club for Moroccan owner Khalid (Rachid El Ghazaoui).  This announcement shows signs of racial contempt, as the alpha-male Kenny still sees Khalid as a punk kid unworthy to hold an outranking position, though obviously jealous he maintains any kind of existing relationship with his former girl.  As the boys rehash old times under their mother’s roof (Viviane de Muynck), an all-too-familiar reminder of Jackie Weaver in Animal Kingdom, Kenny is already exhibiting out of control and abusive behavior, but the more mild-mannered brother seems to think he still has influence, though he is constantly ignored as Kenny simply violates all rules of conduct, getting in all manner of mischief, including a well-choreographed fight scene inside an activated car wash that gets them both fired from the job, a reminder of what a destructive force his brother really is.  Dave has to invent a lie, creating a girlfriend that doesn’t exist, which greenlights Kenny’s desires to go after Sylvie, even after she decisively shuts him down and refuses to answer his phone calls, where building tension comes to a head when he visits her on the job, getting a little too close for comfort while dissing Khalid, ridiculing him in front of his patrons while drinking too much, getting high on drugs, being out of control and just generally running amok.  When he breaks into one of Sylvie’s recovery meetings, just generally being an abusive ass, all bets are off, as the story only spirals downward from there.

When Kenny meets Dave in an underground garage with a dead body in the trunk, both are pulled into an amoral morass that leads only to hellish consequences, like an involuntary journey into Dante’s Inferno, as there’s only one place to dispose of bodies, apparently, and that’s the Ardennes, a rugged terrain of dense forests and hidden rivers, a popular locale for hunters, so it’s an interesting intersection of natural beauty and guns, while also a place the two brothers fondly remember visiting as kids, perhaps one of the few happy memories they both share.  But this is a distinctly different occasion, where the force of Kenny’s criminal acts has pulled his brother into the same toxic wasteland, where they sit around in a bar waiting to meet with Stef.  Of course, it’s never as easy as that, as they’re only being sized up by a zealously closed-minded community that instantly recognizes strangers in their midst and has an inherent mistrust.  When someone other than Stef arrives, a giant hulk of a man dressed as a woman, named Joyce (Sam Louwyck), the atmosphere immediately turns creepy beyond description, like a turn into a dark alley with no way out.   Both brothers are out of their element and out of their league, as Stef, Jan Bijvoet from Borgman (2013) and as the European intruder into the Amazonian forest in 2015 Top Ten List #8 Embrace of the Serpent (El abrazo de la serpiente) , seen earlier in the film as Kenny’s cellmate in prison, turns out to be a barbaric psychopathic who, by contrast, makes Kenny look like a boy scout.  Crudely disposing of body parts for sport, his particular specialty is played for laughs, as he has such a good time doing it, yet he maintains a folksy, down home style, exhibiting little to no emotion, but his beady little eyes seem demonic, capable of just about anything.  His über masculinity maintains control through utter calm, though the hatefully misogynistic dialogue coming out of his mouth permeates danger, where the tension rises accordingly.  Of course, nothing goes as planned, but instead falls off the rails, turning into an apocalyptic vision of hell on earth, as if Pandora’s Box has been opened and all the demons unleashed.  It’s a bit preposterous, unintentionally humorous in its hubris, and indescribably contrived, designed to raise eyebrows, yet exists in a hollow universe of emptiness, where there’s little character development, no attachment to any of the less than appealing characters, so let them have at it.  At the end of the day, none of it means anything, but it’s viciously conceived, most of it in dimly lit space, with an element of testosterone eye candy.
Posted by Robert Kennedy at 12:00 AM