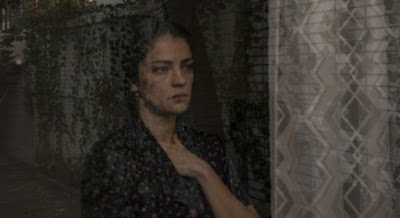 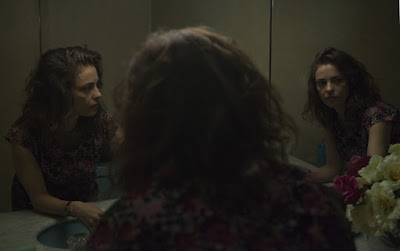 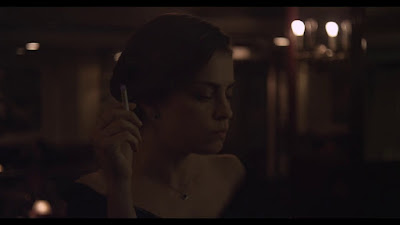 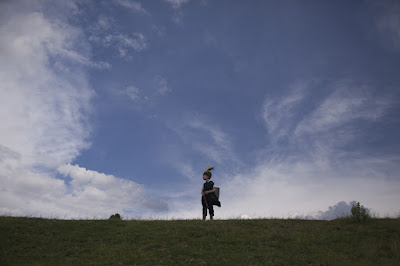 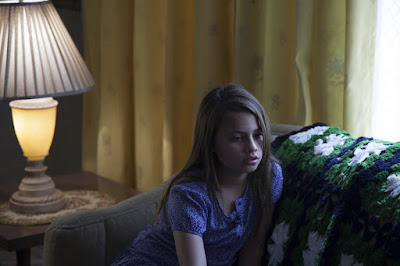 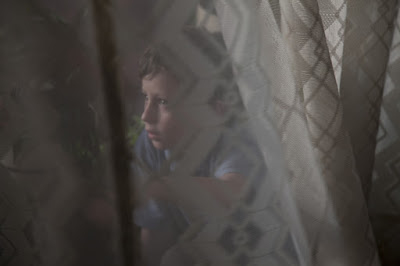 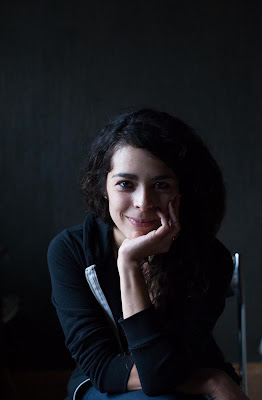 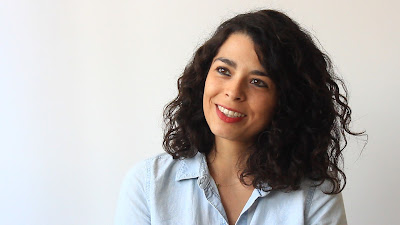 One of the best examples of child acting seen all year, reminiscent of Jim Sheridan’s IN AMERICA (2002), where in each the common denominator is an indescribable death in the family, allowing greater space for these children to evolve.  Ana (Paulina Gil), the older child, is usually placed in charge of younger brother Daniel (Diego Aguilar), while their mother Carmen, the remarkable Dolores Fonzi from PAULINA (2015), languishes in her own world of confusion and pain, unable to comprehend life without her husband who dies mysteriously before the film begins.  While little backstory is ever provided, the film is set in the 70’s, largely so that it is a period of time audiences will universally view as the past, as times were different then.  When their mother oversleeps, the kids are late for school, so she just allows them to stay home, initially hoping they can do something fun together, but it’s clear their mother is a bit unsettled, never really getting it together, where she drinks too much and continually pops pills to keep her going, wandering in her own confusion.  As a result of her aloofness, these adorable kids are on their own, free to pursue whatever they please, much of it spent in their imaginations.  In one of the first remarkable sequences, which reappears in different variations, Daniel can’t sleep, envisioning some apparition in the house that resembles a mix of Native American mythology, an antlered head, a face mask, with arms that look like tree branches.  What’s perhaps most intriguing is the brief inner narration by Daniel that accompanies the vision, as he seems to be reading from a school book about the history of Navajo Indians, who believed in a blend of the spiritual and natural worlds, that everything on earth is alive and their relative, worshipping the winds, the sun, and water.  While the Navajo are also cautious about death, they rarely talk about it.  Similarly, Carmen initially tells her children that their father is not really gone, that he’ll be coming back.  Daniel’s vision seems to be the returning spirit of his father.

While the writer/director is Mexican, shot in and around Mexico City, Fonzi is an Argentine actress, which contributes to her feeling of detachment and being out of place.  According to the director, if she was Mexican, there would be family intervention, as relatives would come look after the mother and children during their loss.  But in this film, beautifully shot by María Secco, the family appears to be isolated, where the only friend the kids have is another young boy without a father, as they are viewed and treated as outcasts by other children, who have a rude way of handling any signs of vulnerability.  The two kids are priceless throughout, showing changing emotions and a remarkable assuredness, while each exhibits their own unique personality, yet the relationship with their mother couldn’t be closer, as she heaps hugs and affection on them both, perhaps loving them too much.  In this way she resembles Gena Rowlands in A Woman Under the Influence (1974), both films about a woman in trouble, where each seems to love the idea of being with children, allowing themselves an abandoned, carefree spirit, as it’s the world of adults that gives them problems, retreating into some dark place, succumbing to the depths of depression.  Some of the stand-out scenes involve flashbacks, showing Carmen in slow motion walking into a bar, dressed elegantly, holding a cigarette in a proudly distinct fashion, becoming a fascinating sexual force to reckon with, looking around the room, knowing she commands attention.  Fonzi’s outstanding screen presence is overshadowed by the downbeat nature of the film, where her character struggles with daily mental lapses, finding herself out of sorts, not really being there for her children, who for the most part must fend for themselves.  Because of this less than heroic view, she is not really recognized in awards consideration, yet she provides one of the most devastating performances of the year.

There are repeated trips to the bar, as Carmen can’t really keep herself away, always drinking heavily, but none more precious than when her kids help her get dressed, picking out a necklace, brushing her hair, just hovering over her with an intense purpose, knowing she’s about to leave them alone again.  One of the saddest scenes is watching Carmen sing karaoke, already reeling from alcohol, choosing a lush Mexican ballad about remorse, being lost in time, a stand-in for her own deteriorating psychological state, where minutes and hours slip by without notice, lost in a haze, where an uncle does try to intervene, witnessing her rambling and incoherent thoughts, bringing her home safely.  Among the more powerful moments of the film are the extended wordless scenes, filled with a kind of personalized, cherished intimacy as viewers recognize how they are deeply impacted by sorrow and loss, with the kids showing greater resilience, more capable of expressing their feelings than their mother, who is completely overwhelmed, tragically haunted and continually stuck in a temporary paralysis.  Carmen retains her dignity throughout, however, despite her internalized wounds, and transfers enormous pride to her children.  Ana is the one that recognizes the full extent of her mother’s addiction, emptying liquor bottles, awakening her mother when Daniel thinks she might be dead, where viewers have enormous empathy for these children, who show such heart in the way they look after each other.  Innocence is a predominate theme throughout, much of it seen through a child’s eyes, traipsing through forests, connecting to wind spirits, where they are sensitive enough to see and hear things that others miss, like the Navajo spirit world, which builds to a beautiful climax, accentuated by inventive music by Emiliano Motta, where the mother seems to snap them out of their reverie, bringing them back to their senses, finding, at least for a moment, some restorative balance in their lives.
Posted by Robert Kennedy at 12:00 AM