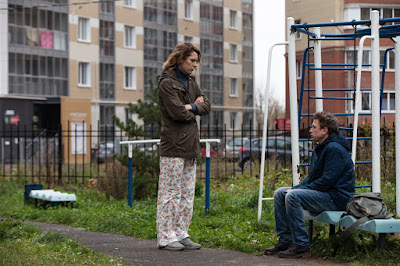 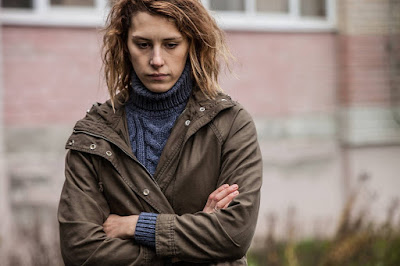 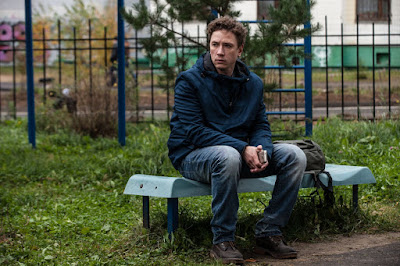 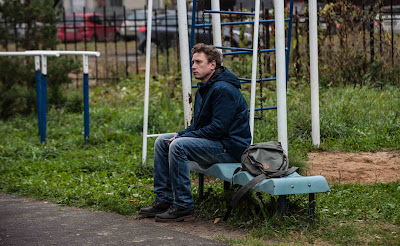 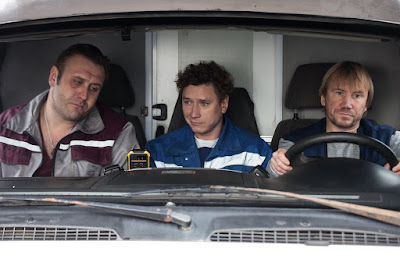 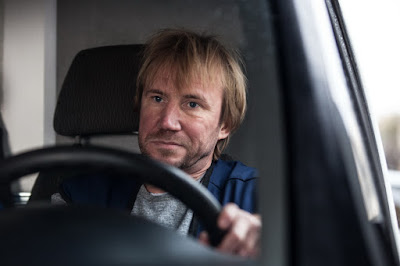 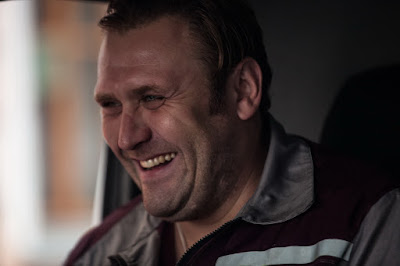 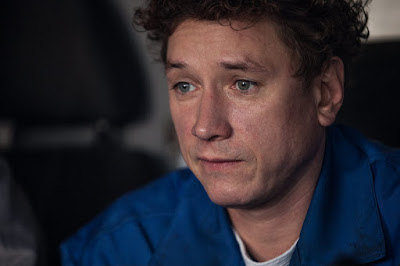 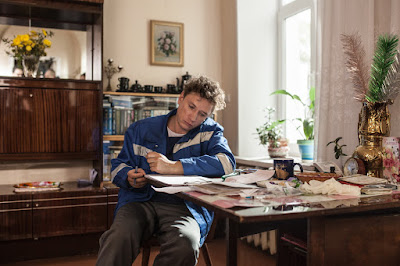 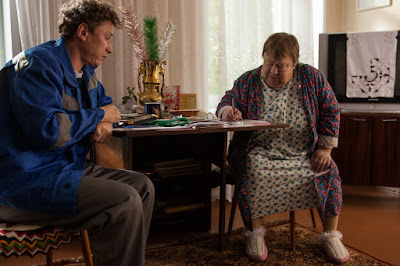 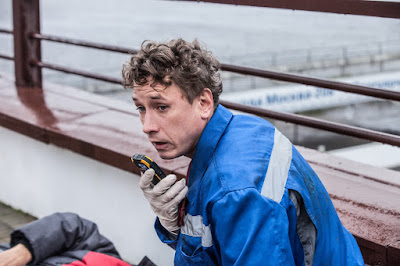 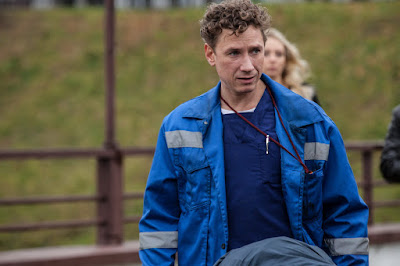 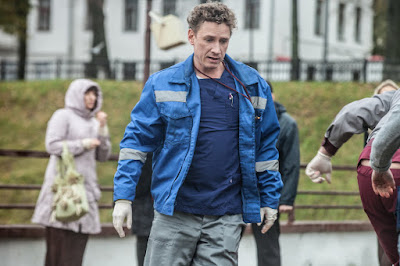 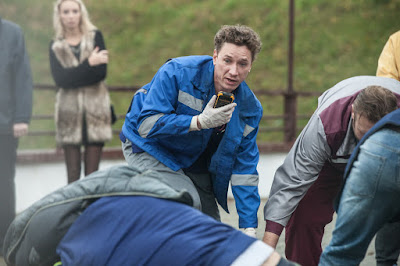 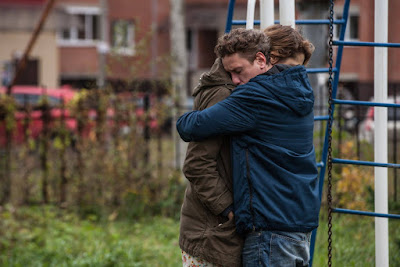 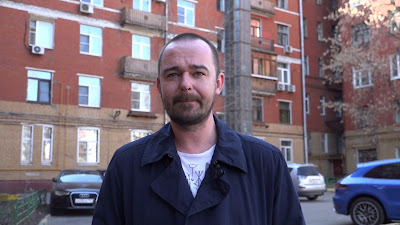 From the maker of A Long and Happy Life (Dolgaya schastlivaya zhizn) (2013), which was a much more intriguing film as it was set in an isolated rural locale above the Arctic Circle that was breathtakingly beautiful, but it starred the same lead actor as this film, Alexander Yatsenko as Oleg, an overqualified hotshot ambulance paramedic with a penchant for drinking, who seems to know as much or more than the doctors, and who stands out like a renegade lone wolf as he routinely provides medical treatments that are well beyond his position, always justifying it by the medical crisis at hand, but nonetheless it draws the attention of his superiors.  His personality is so recklessly abnormal that he resembles a field physician in times of war, who hardly practice the refined techniques of doctors with modern medical equipment, instead improvising and using whatever is available to him at the time, always learning how to be creative, with families both appreciative and aghast at what they see.  His attractive wife Katya (Irina Gorbacheva) is an emergency room doctor at the hospital, with both working long hours under considerable pressure, where drinking seems to be the standard release.  Russian films make drinking seem like the national pastime, where overindulgence is quite common.  That said, Oleg takes it to another level altogether.  Opening with an amusing scene at the birthday party of Katya’s father, with Oleg clearly arriving late, which was rude enough, then gobbling down everything he sees still left at the table, while downing glass after glass of vodka, getting completely smashed in the process, and he was already drunk when he arrived, making a literal fool of himself, becoming such an ugly spectacle that Katya texts him on the spot that she wants a divorce.  Welcome to the dysfunction of his world, a stand-in for Mother Russia.

While there’s nothing here to rival Cristi Puiu’s The Death of Mr. Lazarescu (2005) or Scorsese’s BRINGING OUT THE DEAD (1999), starring a maniacal Nicolas Cage, views of paramedics facing adversity from both the East and West, this is a much more conventional film, where both leads exude powerful performances as this is a character driven film, though it was initially intended to be a comedy, exaggerating the circumstances to absurd levels, though upon further examination of the lives of actual health professionals, this becomes a darkly probing work with more ominous overtones.  Almost immediately, they bring in a new bureaucrat from Moscow to run the paramedic department, including a new set of rules, prioritizing efficiency over patient care, minimizing the time spent with each patient, with the new goal intending to move them quickly to the next destination, suggesting “They can die on another person’s watch.”  No longer having the freedom to decide what to do, everything now requires prior approval, which only creates a logjam of unrealistic expectations that could never be met.  As the chief offender, Oleg becomes the poster boy for violating the new rules, where he’s also singled out for the most complaints filed against the department, yet viewers are immersed in the real-life horrors of their daily rounds, where he and his enormous medical assistant (Nikolay Shrayber) continually face life or death moments, shot with a naturalistic, cinéma vérité style, seen patching up victims of a knife fight that is still in progress when they arrive, or deciding the fate of a young girl who is unresponsive after being shocked by an electrical live wire, with decisions continually being made on the fly, circumventing all bureaucratic oversight, where Oleg is even dedicated enough to follow patients into the emergency room to make sure the doctors don’t screw things up.  In no time, however, he’s fired from his job for getting into an altercation with his new boss, like an accident waiting to happen, but he’s dealt a double whammy by also being dumped by his wife, which he initially thought was some kind of joke.  Ordering him out of their apartment, she gives him time to find someplace new, temporarily sleeping in the tiny kitchen on a futon, where of course he’s always in her way.
Because both characters are so well developed, viewers actually come to sympathize and understand each point of view, as Oleg (given more screen time) is like a grown-up child who continues to vent his frustrations through alcohol, ignoring Katya altogether, as he’s too busy screwing up his own life, while all the more level-headed Katya wants is some attention, to be reminded that she’s a woman by a guy that cares, if only he could devote the same attention that he does with his patients.  Oleg is a charmer, however, apologizing profusely, acknowledging “I’m a loser and you’re right for hating me,” as he’ll never make as much money as she does, which only infuriates her even more, as materialism has nothing to do with it, demanding to immediately be let out of the car in the middle of a busy highway, stomping away in disgust.  What they have in common, however, is intelligence, as both are good at what they do, excelling under duress, maintaining their composure under the most difficult circumstances, but they receive no support whatsoever from their employers, who are more inclined to crack the whip and blame them for every little misstep, though the clueless bureaucrats in charge are thoroughly satiated in their own incompetence.  The Kafkaesque absurdity of their working lives extends to their private life as well, with Katya returning home late from a harrowing shift only to find Oleg in the kitchen with a drunken gang of friends singing and carousing until all hours of the night, which is symptomatic of exactly what’s wrong, as he exhaustively shows her no respect.  The back and forth interaction between the two is always believable, and is actually more credible than the work scenes, as it’s a continual work in progress, where she obviously still has feelings for him, the lovable dope, but can’t stand being continually victimized by his thoughtlessly crude and rebellious ways.  While they at least stand a chance at recovery, perhaps more absurd is the continual traffic jam that seems to exist out on the highways, a metaphor for the mindless bureaucratic quagmire that Russia always finds itself in, where progress is stymied and the future looks grim.
Posted by Robert Kennedy at 12:01 AM