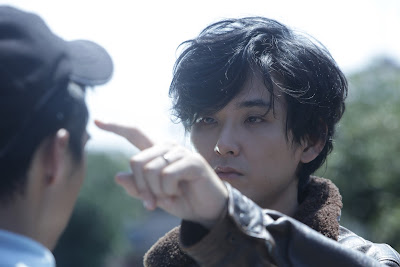 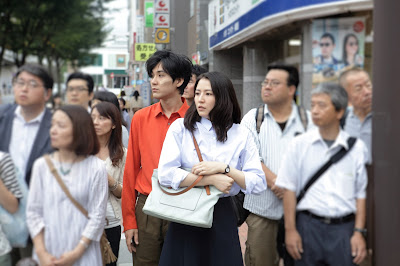 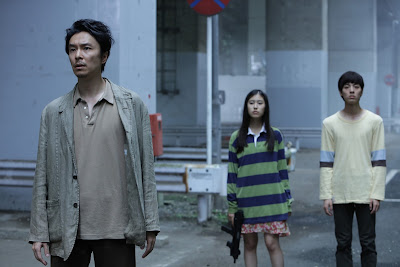 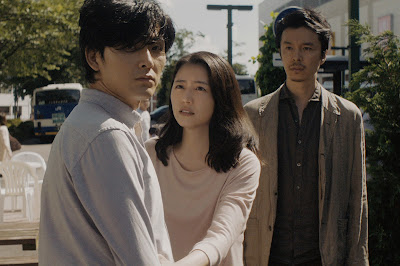 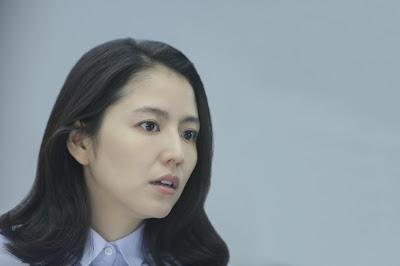 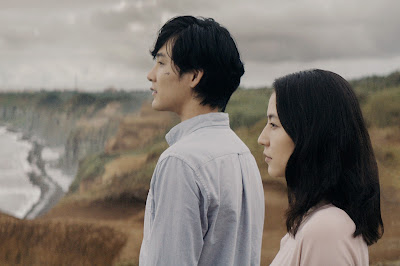 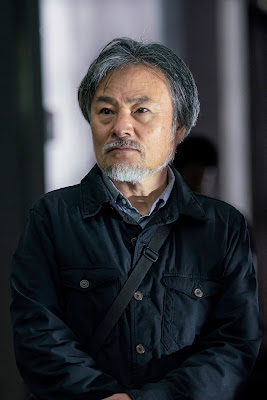 An overly simplistic sci-fi film bathed in violence and plenty of humor, much of it feeling tongue-in-cheek, though like Hollywood it tends to be skewed towards male adolescent viewers, using an almost comic book sensibility, never really rising to anything more profound, where it’s like Captain America – Japanese style, though it’s adapted from a play written by Tomohiro Maekawa.  While it’s an invasion of aliens movie where three intruders invade the earthly bodies of hosts, sucking out all their brainpower, then leaving them dormant somewhere on the wayside, like a “sunken place,” as if they no longer exist, with the aliens assuming what’s left of their personality as well, though obviously altered, where it takes them awhile to adapt to the new physical characteristics, learning how to move and walk, looking overly awkward, subject to falling often.  Yet the more they take on human characteristics, the easier it is to subjugate the entire human race.  In the opening scene, arguably the best in the entire film, with blood splattered all over the walls, a young teenager, Akira (Yuri Tsunematsu) dressed in a schoolgirl uniform, slaughters her entire family once transformed by an alien in her human body, and can be seen walking awkwardly down a highway, swerving all over the road, with cars beeping their horns, yet seems utterly delighted to cause a huge collision involving a semi-truck that flips over trying to avoid hitting her, all happening behind her as she continues walking straight towards the camera, with a devious smirk on her face, leading to the title sequence.  While some of this is humorous, much more is ridiculous, as none of the characters are standouts, no one is that involving, though the story itself has potential, but was previously explored to better effect in Jack Sholder’s THE HIDDEN (1987), particularly the use of a manic rock soundtrack that matches the raucous misadventures viewed onscreen, as each film comes across with a B-movie mentality, but they obviously had more fun with the idea in the 80’s.  This should be more fun than it is and we can only hold this mercurial director accountable for what amounts to standard fare, as even Hollywood got into the act recently with the more superbly done Arrival (2016), where it just feels like Kurosawa shanked this one.

What this amounts to is a body-snatching movie by three extra-terrestrial invaders, with Shinji (Ryuhei Matsuda) and Amano (Mahiro Takasugi) as the other two, stealing “ideas” or human “conceptions” with a simple finger to the forehead, where those concepts then belong to the aliens who have come to Earth to subjugate its citizens, all in preparation for a future invasion.  Of the three, two are basically just kids, never viewed as a particular threat, as their belligerence and adolescent cruelty matches the reckless attitudes of many teenagers, while the third, Shinji, is struck by what his Earthly host means to his wife, Narumi (Masami Nagisawa), who is particularly troubled by his sudden change in behavior.  While Shinji is blatantly honest about being from another planet, Narumi finds this hard to believe and just wants her husband back, admonishing him for all the apparently dumb things she finds him up to.  What these invaders do respect, however, is a human guide, someone who is familiar with earthly habits and can help them overcome obstacles.  For Shinji, that is Narumi, and for Amano, a kid who relishes the idea of being a rebellious kid, his guide is Sakurai (Hiroki Hasegawa), a frivolous journalist with ambitions of grandeur, who views the aliens as the scoop of a lifetime, while Akira, Amano’s female sidekick, is the ultimate bad-ass.  What is amusing is the forthrightness of the aliens, who are utterly truthful about who they are what they intend to do, with their guides helping them every step along the way, as they find their stories at first inconceivable, yet by the time the guides realize they mean every word they say, the aliens have formed a kind of attachment with the humans, becoming perhaps their only friend in the entire world, where it’s hard for humans to act against them.  What this has to say about loneliness is unclear, but these humans have an almost Spielberg E.T. affection for their aliens despite their acknowledged plan to take over the world.  Told in parallel stories, we closely follow the developing human/alien interactions between Narumi and Sakurai, as each feels a special sense of importance about being selected as the human guide, as if they have an obligation to represent the human race.

What’s troubling, however, is that Amano and Akira are assembling electronic parts needed for their ultimate weapon, a transmitter that will communicate to the rest of the aliens for the invasion to begin, with Sakurai more than willing to help his alien counterparts, even as he witnesses the casual brutality they are capable of, especially Akira who seems fascinated by guns and firepower, routinely killing anyone that stands in their way, leaving behind a trail of dead bodies in their wake.  While that’s happening, Narumi is on her own mission to recover whatever’s left of her husband in Shinji, who seems like he’s on an opposite track than the other two aliens, as he’s clearly fascinated with Narumi and the kind of special attraction she has for her lost husband, appealing to his kindness, hoping to resuscitate his human spirit from this seemingly benevolent alien.  But that mission is interrupted by his original motive, as he’s contacted by the other two aliens, where the three have to combine forces, integrating what they’ve learned prior to the invasion, with much of this resembling the low tech style of any typical Star Trek (1966 – 69) TV episode.  There are occasional scenes of street hysteria, like aliens on the loose in downtown Tokyo, or ridiculous efforts by Sakurai to inform the world, standing on a soapbox in crowded city streets to announce the presence of aliens on earth in human forms, as disinterested passerby’s ignore every word he says.  This kind of futility couldn’t be more amateurish and belies the power of making apocalyptic announcements on television, which would have a more drastic effect, but this film, amusingly, is all about taking on the alien invasion all by yourself, sort of asking the existential question, what if this were you?  When a military invasion begins, this turns into a different kind of movie, offering a few special effects before becoming sadder and more distant, as Narumi continues to hold out hope that she’ll discover the husband she loves, finally realizing that the only way to do this is to offer her concept of love to Shinji, and allow him to take it, which alters the direction and scope of the invasion, coming to an abrupt halt, though the tragic consequence for Narumi is that she no longer remembers who the hell she is, or her husband, suffering from an inflicted Alzheimer’s like condition of complete memory loss, which is the saddest expression of all.  With Shinji steadfastly remaining by her side in a recovery hospital, this remains an open question asked of the audience, what do we do when we’ve lost our humanity?
Posted by Robert Kennedy at 12:00 AM