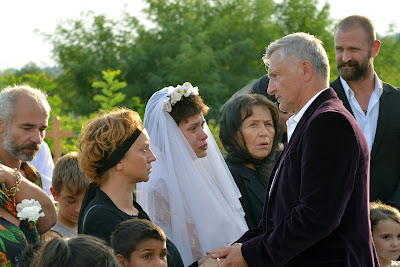 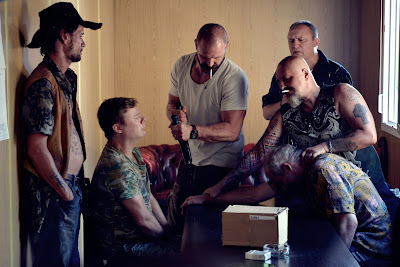 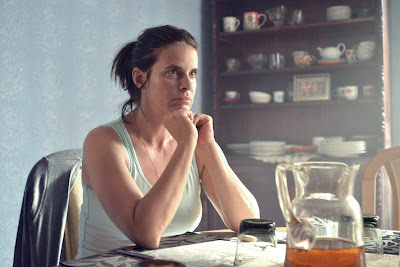 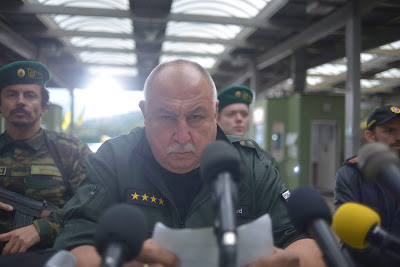 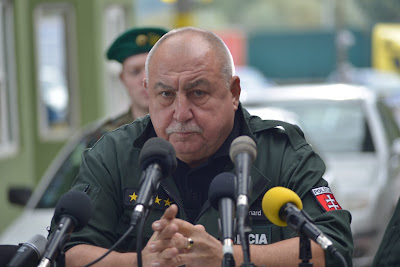 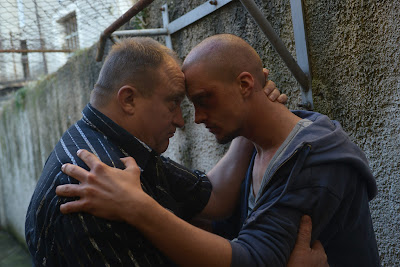 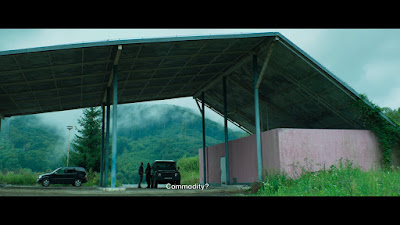 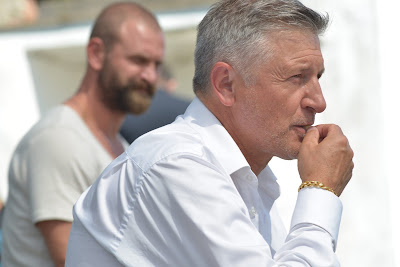 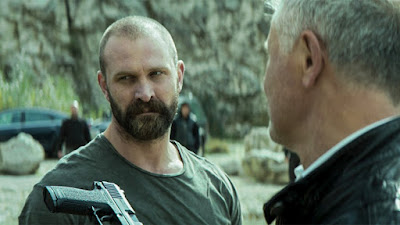 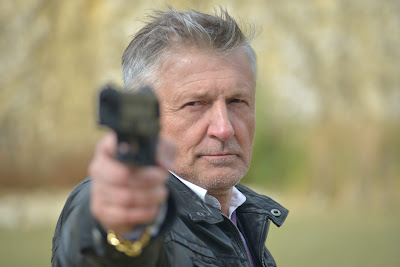 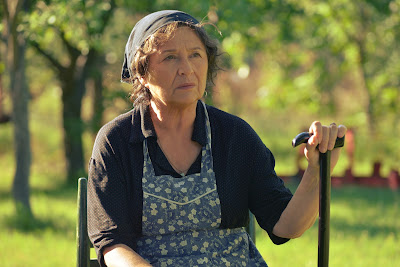 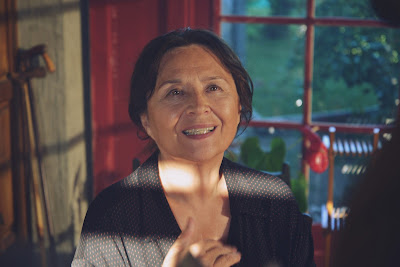 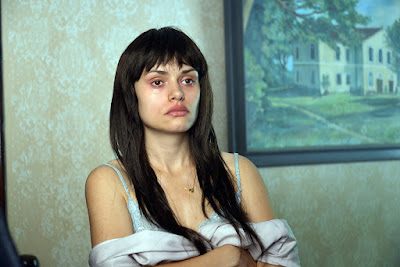 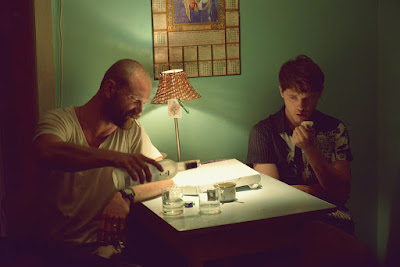 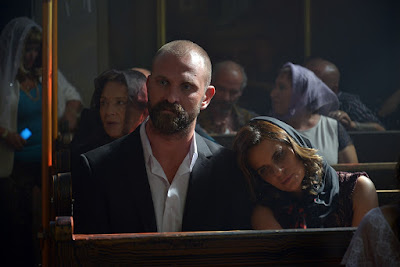 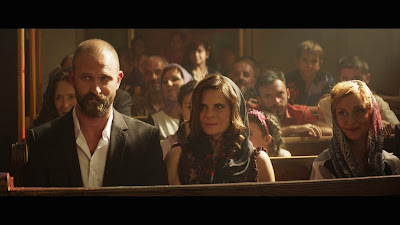 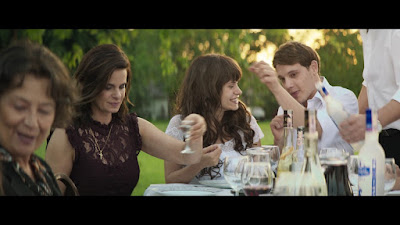 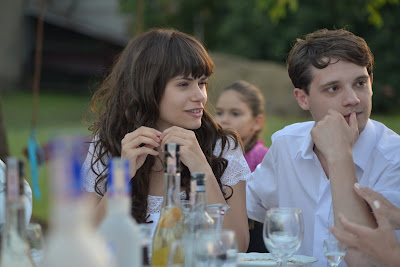 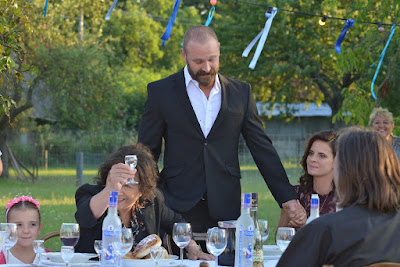 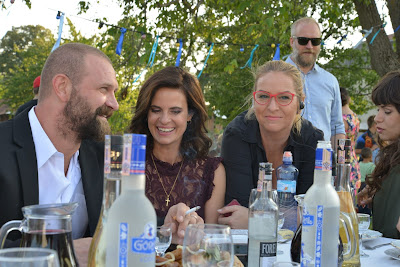 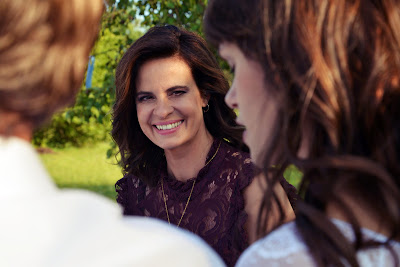 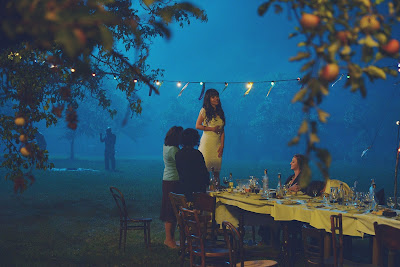 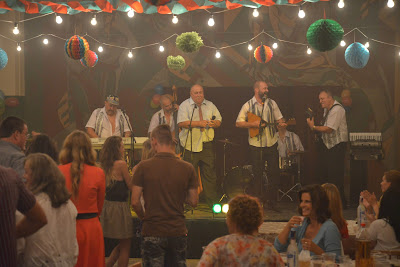 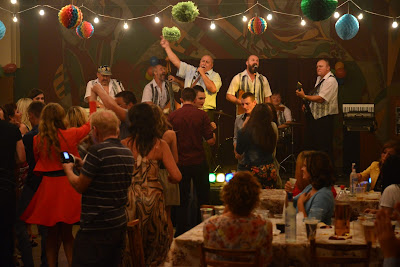 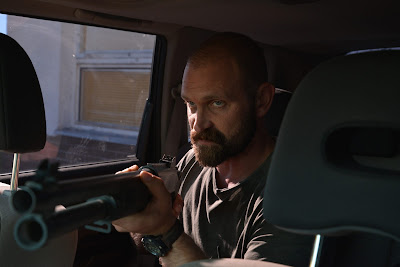 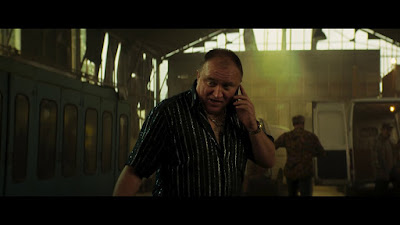 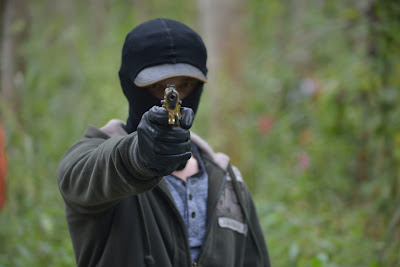 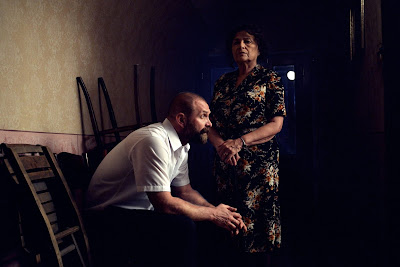 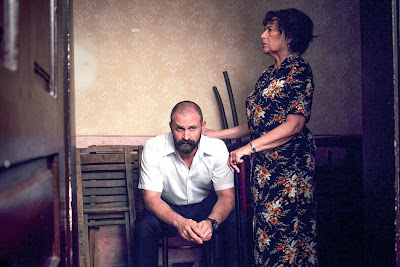 A tongue-in-cheek comedy about the travails of border smuggling, where police bribes are the key to their success, revealing a world where corruption is the only way to do business, though lurking behind the scenes is a darker, Mafioso gangster that everyone is actually working for, who is nothing less than ruthless when it matters, exposing a harrowing world of crime and punishment.  Set in 2007, the film is a mad rush to make what profits they can while security is still lax before Slovakia joins the Schengen Area, an EU collective of states that operates with open borders without passports or Visa’s, where the appearance of efforts to beef up security concerns are in full swing prior to the change-over.  Welcome to the Slovak-Ukrainian border region, where the film attempts to resemble the stylishness of an Emir Kusturica film, who is a clear influence on the director, though as he puts it, “If you have a story with people drinking, fighting and playing an accordion, it does not necessarily mean it is Kusturica.”  Fair enough, but this film pales in comparison to the director of TIME OF THE GYPSIES (1988) and UNDERGROUND (1995), whose rollicking political satires offer an entirely different view of the world through an absurdist lens, while this film is entertaining, but never kicks it into another level.  Slovak strongman Adam Krajňák (Tomáš Maštalír), an Eastern version of Jason Statham, is a hard-assed crime boss that preaches the importance of family, but rules with an iron fist, where cutting off the finger of one of his henchmen is viewed as the right thing to do, as he knowingly crossed the line, violating his principled position to refuse smuggling hard drugs across the border, even though this jeopardizes everything he’s worked for, because if he doesn’t do it, someone else will, which takes money out of his pocket.  Navigating one’s way through this minefield of principled ethics and routine corruption is no easy matter, as Adam answers to Ukrainian crime boss Krull (Stanislav Boklan), who operates with no moral boundaries whatsoever, killing anyone that stands in his way.  Nonetheless, the film uses plenty of sight gags, like every time Adam’s gang meets to discuss “the next job,” with each absurdly lighting a cigarette in unison as they huddle around him to get the details.

The film spends plenty of time with Adam and his cohorts, including his most trusted confidante, Jona (Eugen Libezňuk), his Ukrainian partner on the other side, who picks up from Krull what needs to be smuggled, anything from cigarettes, liquor, even Afghani refugees, where safe passage is guaranteed by the Slovak border police captain, Peter (Andrej Kryc), who always gets his cut.  Influenced by Russia with its lawlessness and black market economy, always operating outside the rules, this is another one of those hard-edged, everyone is corrupt kind of films, as there are no jobs, where presumably the only opportunities for upward mobility are illegal, where payoffs are so routinely built into the system that no one blinks an eye, but there’s little concern how this affects others outside this ring of thieves, as the film literally couldn’t care less, instead it mocks those at the lowest end of the economic scale, who are seen as bottom feeders pilfering one of Adam’s transport trucks that crashes on the side of the road, taking all they can carry, where the whole town from elderly seniors down to infant children are seen puffing away on cigarettes the next day.  There’s also an amusing narrative strand about a group of young elementary school kids that take off in their parent’s pink convertible that simply never develops, still out on the loose, apparently, completely forgotten by the director and his screenwriter Peter Balko.  So while the film has a distinct point of view, emulating the family crime dramas of The Sopranos or even THE GODFATHER (1972), it offers precious little insight into social concerns, save for a brief glimpse into the harrowing life of escaped refugees, where the film seems to be made with blinders on.  Nonetheless, the free-spirited style, constantly shifting storyline, and underlying suspense is injected with wall-to-wall Balkan-inflected music by Slavo Solovic that keeps the energy level high, showcasing the fluid camerawork of Martin Žiaran.  After initially pushing a Ukranian youngster aside as a lovable loser, deemed a detrimental influence on his oldest daughter Lucia (Kristína Kanátová), Adam is forced to reconsider after learning she’s pregnant, welcoming Ivor (Oleksandr Piskunov) to the family, who happens to be the brother of Jona’s wife, even finding a spot for him in the smuggling business.  Peter, the police cop, even sings at the engagement party, which more closely resembles a biker convention, with all manner of derelicts showing up drinking themselves into a stupor.


The contrast between contemporary and old school is charming, where there is honor among thieves, so long as business is good.  But that’s where the troubles begin, as Adam’s business is sabotaged on all sides by the deceitful actions of Krull, prefaced by a memorable meeting with the crime boss at his kid’s soccer game, with Krull the only spectator in an otherwise empty stadium, where his overweight nephew on defense has a tendency to wipe out anyone that comes in his direction, claiming innocence afterwards when the player is injured, but Krull owns the referees, allowing him to make the calls from the stands — No foul.  In the very same breath, he wants Adam to move narcotics across the border, something he adamantly refuses to do, which instigates a parting of the waves, as the two don’t see eye to eye.  While the meeting was cordial, with Adam pledging complete trust and reliability, Krull sees things differently, undermining his operations, causing one disaster after another, leaving Adam in a tough spot, as he grows more and more isolated, even assassinating one of Adam’s henchmen (who gets caught with his hand in the cookie jar) right before his eyes at a flooded rock quarry in an antiquated ritual that suggests these men have met here many times before.  Spiraling into an anxiety-ridden corner, made that much worse by the impending closure of the border, the film is steeped with an increasing paranoia about the world closing in on Adam, as the powers that be are quickly turning on him, allowing the film to expand its horizons and grow more contemplative, where the absurdity of living in the East kicks in, where a supposedly brighter and more hopeful future may actually shut down his gangland operations.  That is, if he doesn’t get killed first.  Things get pretty grim, where he’s down to final options, when his mother (Emília Vásáryová), a macabre spectre in the family, keeping silent most of the time, with a backstory we never learn about, finally comes out of the shadows and rises to the occasion, making her presence heard, though things have changed considerably since her glory days. Even so, combining elements of a thriller with black comedy, and a touch of the surreal, this is a thoroughly entertaining film, with multiple storylines all plunging headlong into an ominous climax that tragically marks that auspicious occasion when the EU finally cleans up border operations, suggesting life will go on, as humans have endured far worse fates.
Posted by Robert Kennedy at 12:02 AM