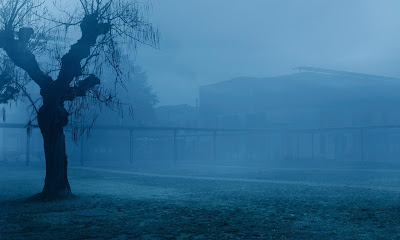 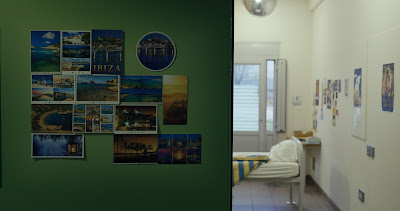 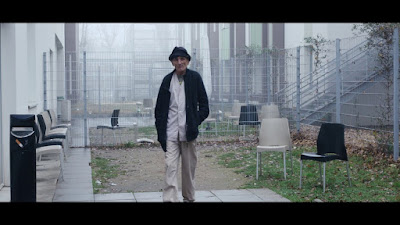 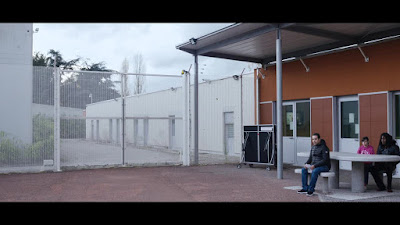 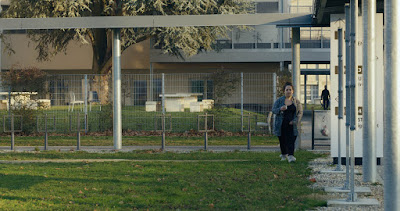 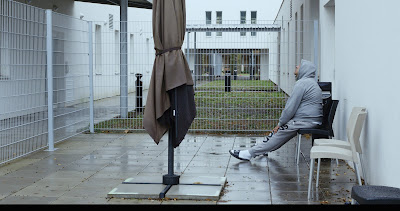 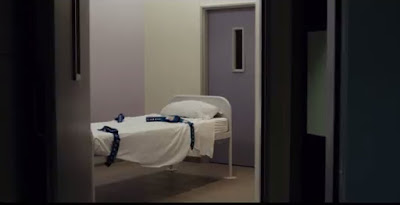 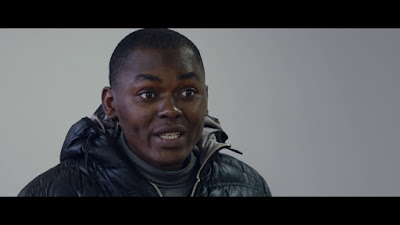 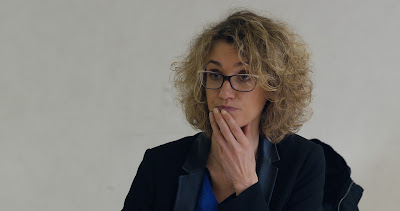 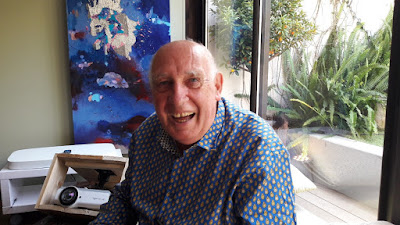 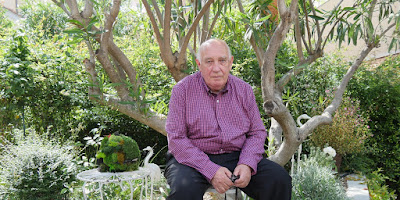 Among the director’s more astute works, this is a bitterly uncomfortable but astoundingly human film, one that offers unique insight into the human condition.  The 75-year old photographer, photojournalist, and documentary filmmaker has been making films since the early 60’s, though in his career as a photojournalist he traveled around the globe covering all the major news stories, from Vietnam to the fall of the Berlin Wall to wars in the Middle East and Africa, where his documentary films are an extension of that social commitment, developing a reputation for displaying a keen observational eye.  What inspired this film is a 2013 law that passed in France requiring anyone involuntarily admitted to a psychiatric hospital should appear before a judge within 12 days to evaluate their status, and again every six months afterwards, so that the psychiatric reports were not the sole determining factor in evaluating a patient’s opportunity for freedom.  Some 92,000 patients, or about 250 per day, are placed in psychiatric care without their consent each year in France.  Granted access to these hearings for the first time, Depardon filmed 72 hearings at the Vinatier Hospital in Lyon, with ten of them making their way into the film, using three cameras, one facing the judge, another facing the patient along with their attorneys, while a third overlooked the entire courtroom.  There are additional auxiliary shots around the hospital grounds, though there is no narration or accompanying explanatory remarks other than an introductory reference to the law.  Not sure any other films come to mind that feature an unfiltered dialogue between mental health patients, attorneys, and a judge, though Depardon’s earlier film EMERGENCIES (Urgences) (1988) shows patients arriving at the psychiatric ward of the hospital, where the film seems more interested in the spaces people inhabit while they are being interrogated, many of them for criminal offenses, becoming a portrait of what takes place overall in the building than an exclusive expression of the patients themselves.  In addition, John Huston made a little seen WWII war documentary LET THERE BE LIGHT (1946) showing the psychiatric treatment of war veterans suffering psychological damage of PTSD (post-traumatic stress disorder) from the war, a film suppressed for 35 years due to issues of confidentiality, only released in 1980.  Suffice it to say, this is not a well-documented subject in cinema, revealing a starkly bleak landscape.

Due to the serious nature of the subject matter, witnessing courtroom procedures, completely unembellished, there were many walk outs during the screening, as some could simply not endure what they see, but this is offers a profound understanding into what routinely transpires with psychiatric patients, some of which, due to the circumstances, is simply heart rendering.  Unlike a Frederick Wiseman film, which Depardon’s unfiltered style resembles, though more concise, this film does contain gorgeous musical interludes composed by Alexandre Desplat, some of it sounding like the piano music of Eric Satie, but also using symphonic orchestration adding more ponderous moments of somber reflection.  The opening shot, a slow pan down the hospital corridors, taking all necessary turns until arriving just outside the courtroom door, reveals the polished shine of carefully waxed floors, resembling Weerasethakul’s intoxicating camera style in SYNDROMES AND A CENTURY (2006) that also peers down hospital corridors, revealing an emptiness that is soon filled.  The first thing we notice is that a patient’s train of thought is often interrupted by the judge, presumably to maintain control, preventing lengthy soliloquies, yet it’s clear patients only have a brief window of opportunity to express themselves, as judges have the final word in their courtrooms.  Usually judges introduce the purpose of the hearings, making sure patients are aware what’s at stake and their right to appeal, yet in every single instance the preponderance of medical evidence obtained from psychiatric records recommended continued hospital treatment, as no one was allowed their freedom to go home.  Nonetheless, each felt their continued confinement was unfair, believing they would do better on the outside, even the ones who acknowledged the seriousness of their illness and a need for continued treatment.  For instance, one patient wanted to be released so she could jump off a third story building and end it all, believing it was unfair for the hospital to prevent her from doing that.  What’s perhaps surprising is that this patient request was communicated with utter sincerity, where there was no mistaking her intent, suggesting she’d spent a lot of time contemplating this issue, complaining of living endlessly with a pain inside that never went away, where this was her preferred solution.  The court did not agree.  Another man continually hears voices, “the voice of the electric chair,” claiming he couldn’t hear a word the judge was saying, as he’d obviously been confined for a lengthy period and would no doubt spend much, much more.

One woman breaks into tears the moment she’s allowed to speak, distraught over the fact it took 12 people to overpower and subdue her from an incident at work, claiming severe workplace harassment, regretting, however, that if she’s not released, she’ll miss the city’s infamous Lumière Film Festival, something she looks forward to every year.  Another woman contends she cut herself to avoid the pain of repeated rapes, but didn’t mean any harm to herself, claiming she missed the vital organs, while a rather fidgety man believed his neighbor was a terrorist, confiscating his gun to ensure he didn’t carry out heinous acts.  One man believes the punishment is too harsh, acknowledging he punched a man in the head, but it was only once, while another asks the judge to contact his father, who normally shies away from legal proceedings, asking him to come visit, sure he’ll provide his full support, as he believes he’s ready to return home.  Only afterwards, in offhanded comments from the judge, do we learn that the man is apparently unaware that he killed his father many years ago, which led to his original criminal sentencing.  Perhaps the most affecting case is a woman seen near the end, viewed on the grounds earlier walking up to the film crew thanking them for a coffee, as she would otherwise not be able to afford one, where she’s desperate to be reunited with her infant daughter.  She claims she is an orphan herself, knowing what it means to be without a parent, wanting to love and provide for her daughter’s needs, provide food, change her diaper, and be a presence in her life, as her daughter needs a mother, contending she’s down to a single medication, believing she could survive on the outside with regular psychiatric intervention, that keeping her away from her daughter is simply unthinkable.  This was an excruciatingly impassioned plea, where words just flew out of her mouth in hopes that someone would finally listen, only to be deterred once again in a profoundly painful moment.  Between hearings we’d see patients walking the grounds, some smoking cigarettes, with obligatory iron gates surrounding the area, appearing like animals in cages.  What might be surprising is the degree of candor provided by those suffering from mental illness, who are inherently honest and open, never shying away from the seriousness of their condition, where they make compelling arguments for their release, sounding much like something we might say if we were in their position, with many viewers probably sympathizing, as that could be us, or anyone we know, where there are no visible signs of a serious problem.  This is what makes this issue so complicated, as the problem is largely invisible.  In one of the most moving films you’ll ever see, this is a mature work, with Depardon also using a pastoral view, providing a hint of artistry with a particularly affecting shot of a tree-lined street shrouded in a morning fog, with trees moving in and out of view, where it’s hard to find clarity through the mist.
Posted by Robert Kennedy at 12:05 AM