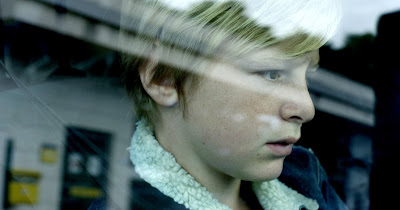 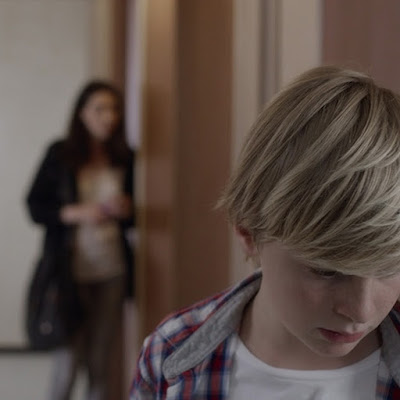 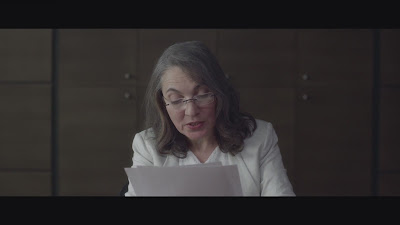 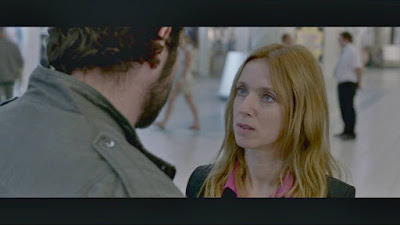 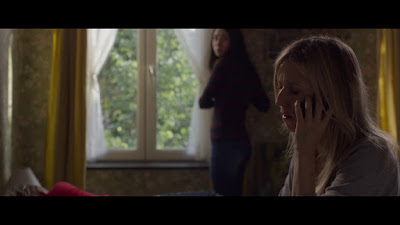 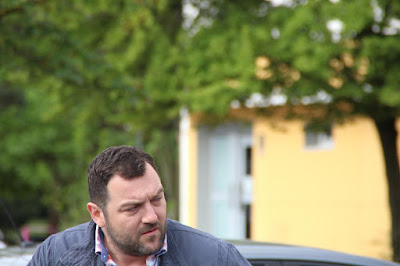 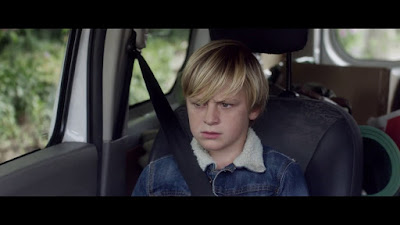 Winner of the Best Director award at Venice, the film is an extension of an earlier short film about a woman fleeing from an abusive husband, JUST BEFORE LOSING EVERYTHING (2013) that was nominated for an Academy Award.  The director, who was himself a child actor in Louis Malle’s AU REVOIR LES ENFANTS (1987), uses the same actors as the quarreling parents, Léa Drucker as the wife, Miriam, and Denis Ménochet as the husband Antoine, opening in an extended child custody courtroom scene that plays out in real time, with Miriam contending abuse and physical violence, with the court reading a compelling letter written by her 12-year old son Julien, who is not in the court, where he wants no further contact with his father.  While there is no physical evidence presented, there is a depiction of an over-controlling husband who still wants to possess his wife, refusing to accept the marital separation, even parking his car (and sleeping inside) directly in front of her home as an intimidation tactic, where she and her son, along with an older daughter who also wants no contact, but is about to turn age 18, so custody is not really a factor, fear for his continued presence in the home, asking for full custody.  Antoine’s lawyer bristles at this over-dramatic, one-sided view, thoroughly disputing its accuracy, citing manipulation and a lack of any evidence, claiming Julien’s letter is a product of his mother’s brainwashing, as he has an excellent relationship with his son.  While the lawyers present their cases without any inherent emotion, speaking strictly legalese, where the audience sympathy shifts first from one side to the other, exactly as the judge hears the case, yet it’s clear from the outset that whatever decision the judge makes, rulings matter, as children’s lives are affected by the outcome.  It’s only later, when some semblance of normalcy has returned, that Miriam receives a call informing her of the court decision, as the judge awarded joint custody.  Literally within seconds, Antoine pulls up in his car and starts honking his horn, calling Miriam on the phone and demanding to see Julien (Thomas Gioria).  With the family cowering inside, they try stalling, but have little recourse but to release him, where Julien can be seen meekly walking out to the car.

It’s a riveting set-up, as both sides are clearly presented, with viewers willing to be objective, though sympathies lie with Julien, as he’s placed in an awkward and obviously uncomfortable situation, basically defenseless, with no protection, where he’s all alone against the world. Initially he’s completely shut down, looking terrified, refusing to respond to his father, fending off questions, mostly inquiries about his mother, where the clear implication is Antoine is trying to get dirt on his mother, but Julien is smart enough to fend him off.  When bringing him to a dinner with his own parents, Julien flourishes in their company, as they simply adore him and shower him with affection, something he clearly appreciates.  But over time, Antoine begins bullying Julien, losing his patience and his temper, going ballistics when Miriam moves to another apartment and he can’t find her, trying to browbeat Julien to get information.  What’s interesting in these scenes is how the perspective shifts to Julien’s point of view, especially as he observes his father in meltdown mode, literally cringing in front of us, where he’s painfully uncomfortable.  The claustrophobia of shooting those scenes from a front seat vantage point adds an element of fear from physical attack, as the emotionally explosive man is so close to his son, it would be easy enough to strike him.  Because the pattern continues, with Antoine literally interrogating his son for information, Julien starts blowing him off, taking offense, using cuss words, where it’s clear the father has no intention of actually “spending time” with his son and instead wants to use him as a sacrificial pawn.  This is evident when Julien wants to go to his sister’s 18th birthday party, which happens to fall on a weekend when Antoine has custody, promising he’ll let him go, but only if he gets something in return.  Initially seeming amenable, but growing irate when things don’t go his way, Antoine eventually blows his stack, returning him back home straightaway, as if spending any time at all is a waste of time.  Using Julien as a battering ram in a marital dispute is simply horrific, where we can read on his face how Julien feels, used as some kind of go between that can be smacked around if he doesn’t provide the information his father wants, who then goes back on his word, clearly punishing him, refusing permission to attend his own sister’s birthday party.

There’s an interesting development with Julien’s older sister Joséphine (Mathilde Auneveux), a music student who meets a love interest on the sly, another music student, lying to her mother about attending meetings or classes when in fact she is wandering around on the loose.  This little aside is not at all uncommon, and may be a rush to freedom, an attempt to eradicate the pain of an abusive household by immediately attaching herself to another relationship, which may or may not be healthy.  At the same time, Antoine continues his incessant self-serving questioning of Julien, rudely giving him the third degree, clearly crossing the line of dinner conversation, until eventually Antoine’s own father has had enough, snapping at him, “You don’t make the rules around here.”  Antoine only grows more belligerent, now mad at everybody and everything, until his father literally kicks him out, finding him too unstable, and an embarrassment as a father, doing what he can to protect his grandson.  And therein lies the crux of the problem, as who is making the rules?  The court attempted to intervene and provide a reasonable solution, but that continually placed Julien in danger, as he’s regularly alone with his ill-tempered father, while Miriam is not there, and still has no proof, but only hears what Julien tells her, while Antoine answers to no one but himself.  Through his father’s imposing physical presence, eventually Julian makes a tiny mistake, accidentally revealing the neighborhood where his family has moved to in a scene that unravels in dreadful fashion, revealing the obsessional mind of a stalker who simply won’t take no for an answer, finally arriving at Miriam’s front door, pleading his case, claiming he’s a changed man.  Frozen with fear, she says as little as possible, not wanting to provoke him.  As if in reward, Antoine relents, allowing Julien permission to attend the party, which is a giant bash at some non-descript, rented hall filled with a hundred invited guests all drinking and having fun.  In something of a complete mood shift, Joséphine walks up to the stage microphone and starts singing “Proud Mary” with her boyfriend on guitar, a slow and gentle, almost polite rendition before a white audience that couldn’t be more of a sleepy contrast to the original, which is sexy and furiously energetic, Ike & Tina Turner Proud Mary - YouTube (4:50), literally one of the greatest shows on earth, but also a product of one of the most abusive relationships in rock ‘n’ roll history.  What follows is simply astounding, one of the creepiest and most terrifying finale’s seen all year, as the film veers more and more out of control, eventually entering John Carpenter territory from HALLOWEEN (1978), an edge-of-your-seat thriller, becoming the definitive movie on joint custody agreements gone haywire.
Posted by Robert Kennedy at 12:20 AM