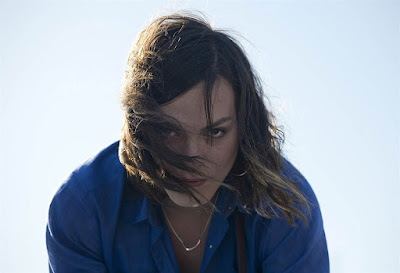 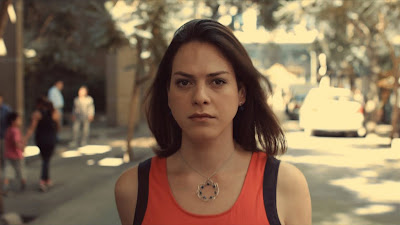 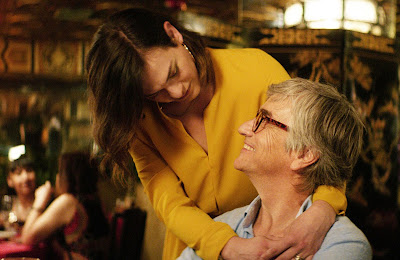 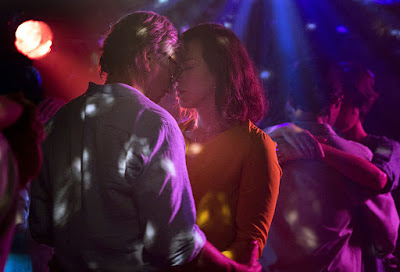 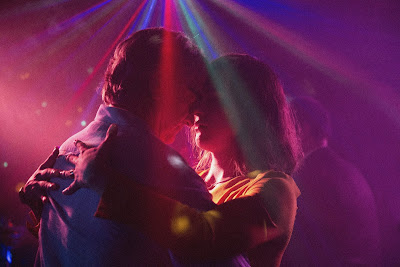 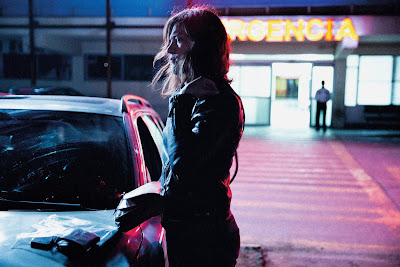 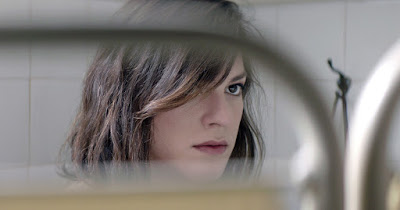 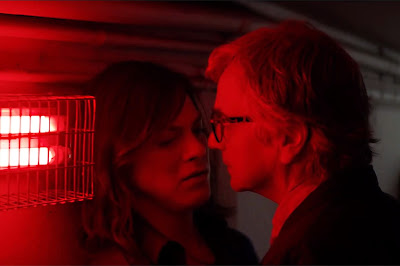 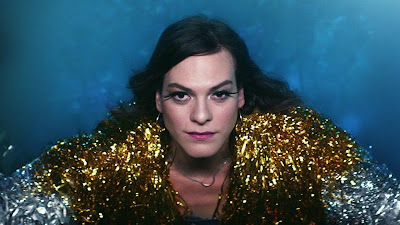 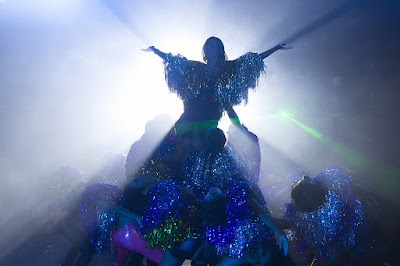 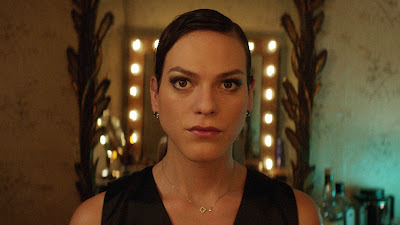 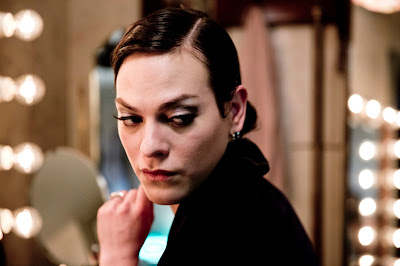 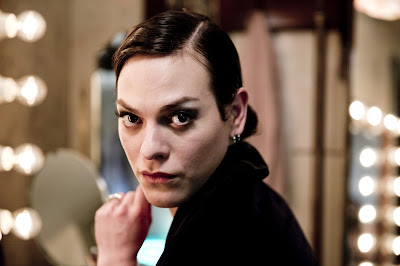 An overly melodramatic look at the effects of machismo culture in South America, particularly in their open hostility towards the gay, lesbian, and transgender community.  Centered by a brilliant performance by transgender Chilean actress Daniela Vega as Marina Vidal, the film has a way of forcing the audience to experience the world through her eyes, becoming a near Christ-like journey of enduring the violence and humiliation from others without striking back, showing extraordinary restraint, allowing a trans actress to play a trans character onscreen, all of which only elevate the dignity of her persona.  While not in the same league as Xavier Dolan’s 2013 Top Ten List #2 Laurence Anyways or Fassbinder’s mother of all transgender films, In a Year of 13 Moons (In einem Jahr mit 13 Monden... (1978), where male actors play the roles of transgendered characters, this film is closer to Almodóvar’s trans actresses, particularly Antonia San Juan in ALL ABOUT MY MOTHER (1999) and Bibiana Fernández in Matador (1986) and Law of Desire (La ley del deseo) (1987), where outstanding performances generate most of the sparks onscreen.   Ironically, last year Chile’s Ministry of Education introduced measures to punish schools that didn’t allow trans kids to use bathrooms that corresponded with their gender identity, just one month after the Trump administration revoked those same protections in the United States.  A follow-up to his wildly overpraised middle-age exposé, Gloria (2013), both films are set in Santiago, Chile.  While the referenced title is never mentioned or spoken in the film, where viewers are allowed to speculate afterwards on the central performance, what is utterly fantastic are introductory images of Iguazu Falls, literally immersing the audience directly into the heart of the falls, an apt metaphor for what transpires, as it may as well be the heart of Marina Vidal leading into the opening credit sequence.  Marina is celebrating her birthday at a Chinese restaurant with a much older aristocratic lover (by 30 years), Orlando Onetto (Francisco Reyes), a textile company executive seen earlier looking on admiringly, even mouthing the words at Marina singing a sultry salsa number at an upscale nightclub, periodico de ayer-hector lavoe y willie colon - YouTube (6:47).  As she blows out the candles on a birthday cake, he offers a trip for two to Iguazu Falls, which they plan to visit together in ten days, while the night is rhapsodized with kisses on the dance floor, turning into a multi-colored spectrum of intimacy and romance before retreating into the bedroom of his nearby apartment overlooking the city.
Whatever may feel like an anticipated love story, that’s the last opportunity to experience those fleeting feelings of romance in the air, as the film turns on a dime when Orlando feels ill but disoriented, unable to explain what’s wrong, losing his equilibrium, actually falling down the stairs before Marina can get him to the emergency room where he dies from an aneurysm.  The attending physician presumes foul play and immediately suspects Marina, pulling her off to the side, with Marina growing equally suspicious, wondering why the third degree, eventually exiting the premises in fear and disgust.  By the next morning, however, she’s up and off to work, waiting on tables at a busy restaurant, where she’s constantly interrupted by rude customers needing something and her boss reminding her she has a visitor, who turns out to be an investigative police officer from the Sex Crimes unit.  What any of this has to do with Orlando’s death is simply the way society views transgenders, as if they are deviants and criminals, making them the initial suspects in any potential crime.  Nothing points to a crime other than these unfounded suspicions that run rampant throughout the police department, and apparently attending physicians in hospitals as well.  Having initially seen Marina and Orlando together wrapped in each other’s arms, viewers have no doubts, but this is a view shielded from the rest of society, where they are instead viewed as outcasts, so they have no reason to share their stories with mainstream society, where they are routinely and often crudely ridiculed and rejected.  So the film taps into and plays with reflected mirror images, one that exists for the participants themselves, seen only by them, and another view from the outside that reeks of hostility and prejudice, filled with notions of deviant criminal behavior.  This mirror imagery is used to a meticulous extent in Fassbinder’s Chinese Roulette (Chinesisches Roulette) (1976), literally bombarding viewers with visually reflective images, suggesting shifting psychological viewpoints, but Lelio has another motive, to play society’s bigoted views back upon itself, where the demeaning remarks aimed at Marina are more appropriately meant for the accusers, as whatever Marina may be, she is not aggressively violent or malevolent, and harbors no ill will towards anyone.  So when outlandishly offensive comments are spoken to humiliate and degrade her, they more accurately reflect back on the one making the hostile accusations.  One of the first rude awakenings comes when Marina is awakened one morning in her own shared apartment with Orlando by one of Orlando’s sons, Nicolás Saavedra as Bruno, who crudely depicts his views of Marina with growing hostility, wondering what his father ever saw in her, that their lives as a family unit were fine until she entered the picture, viewing her as filth, ordering her out of the apartment as quickly as possible.

Orlando has a brother Gabo, Luis Gnecco from Pablo Larraín’s Neruda (2016), (with Larraín and 2017 Top Ten List #2 Toni Erdmann director Maren Ade listed among the film’s producers), who is perfectly accepting of Marina, knowing how much she meant to his brother, but he is an anomaly, as no one else from his family shares his views.  Orlando’s corrosive ex-wife, Aline Küppenheim as Sonia, openly despises her and likely called in the cops in the first place, immediately arranging for the return of her husband’s car before telling her she can’t even describe what she sees in front of her, disdainfully calling her a “chimera,” a fire-breathing female monster with a lion’s head, a goat’s body, and a serpent’s tail in Greek mythology, before making sure she understands she’s prohibited from attending the wake and funeral services.  Tellingly, on the way to this meeting, Marina was playing Aretha Franklin on the car radio, Aretha Franklin - (You Make Me Feel Like) A Natural Woman [1967 ... YouTube (2:50), a song that epitomizes music of the heart and soul.  Meanwhile she’s confronted once again by the Sex Crimes detective, ordering an invasive full-body examination, including nude photographs by a male police photographer, supposedly to reveal no wounds, a humiliating ordeal designed to make her feel exactly as they view her, as if she’s subhuman.  Nothing, however, is as low as a return visit by Bruno, who literally kidnaps her off the street, pulling her into his van, calling “her” an animal as they rough her up, insult  and demean her in every way possible before dropping her off in an anonymous alleyway next to a garbage container.  The continual barrage of her debase harassment is really what’s wrong with this picture, as it was with Dee Rees in Mudbound (2017), for instance, as these directors feel the need to fill the screen with highlighted imagery of hatred and bigotry, to rub the audience’s noses in it, showing the wretchedness of the human condition, as if viewers aren’t sophisticated enough to deal with subtler renderings that contain the same powerfully dramatic message, where Bresson’s poetically understated film Au Hasard Balthazar (1966) comes to mind.  The demeaning melodramatic fireworks actually detract from the film’s most powerful weapon, which is the immaculately placid expression on the face of Daniela Vega, offering one of the most powerful performances of the year, as she is overwhelmingly sympathetic throughout, always above the fray, making her thoughts and feelings imminently clear, becoming the heart and soul of the picture, who stands a good chance of becoming the first transgender actress nominated for an Academy Award (never happened, but she is the first openly transgender presenter at the Academy Awards).  The power of her artistry has elevated this film above and beyond expectations, as the film itself is rather conventional.  Without her there wouldn’t be much to talk about.  While fending off the goons, she retraces various stages of her life, revisiting friends from a noticeable lower-class background, attempting to navigate the extraordinary upheaval that has taken place, losing the love of one’s life in an instant, where all the possibilities of what might have happened ominously disappear, leaving an emotional void that she has to fill.  With recurring ghostly visions of Orlando, her choices get more and more interesting, slowly returning to who she is, at core, regaining her equilibrium in a dreamlike visit to the bowels of a crematorium, spending a few cherished final moments, capturing yet another side of herself, much of it existing in her own imagination, showing a resilience of the spirit that is beautifully and fantastically rendered in a splashy fantasia sequence, a bravura moment before the haunting finale, using an 18th century Handel aria that was originally composed to be sung by a male soprano castrato, a song of exceptional tenderness and care (finally allowed to appropriately grieve), sung of course by Daniela Vega herself, Daniela Vega - "Ombra Mai Fu" (A Fantastic Woman OST) - YouTube (2:52), who is a trained opera singer since the age of 8.
Posted by Robert Kennedy at 12:01 AM