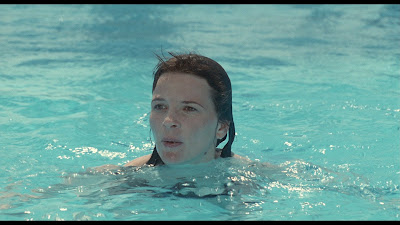 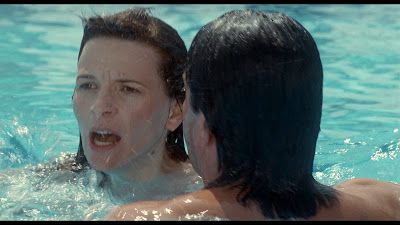 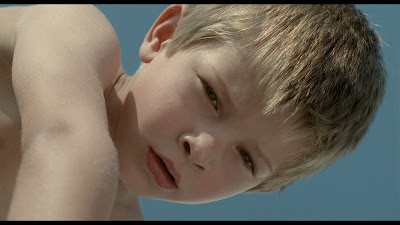 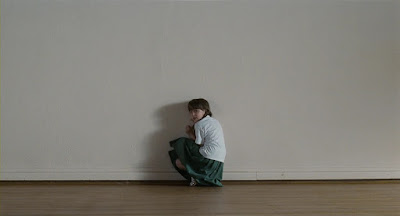 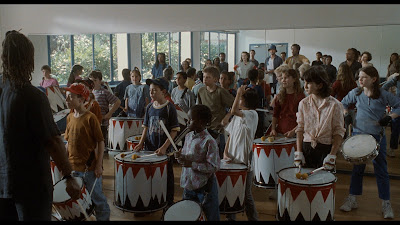 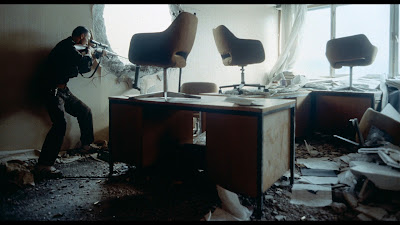 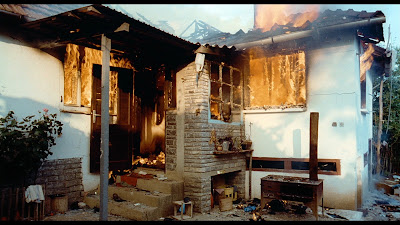 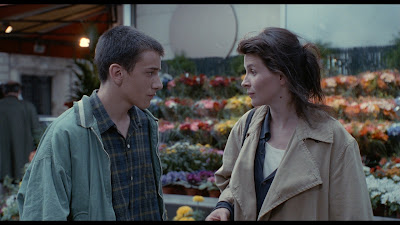 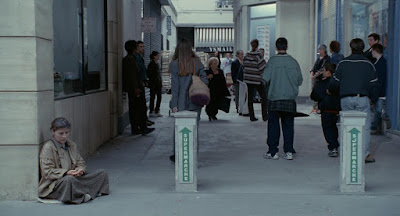 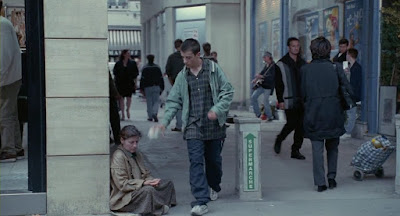 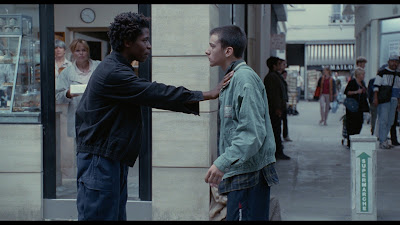 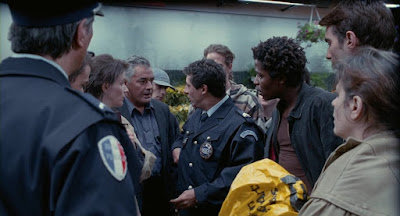 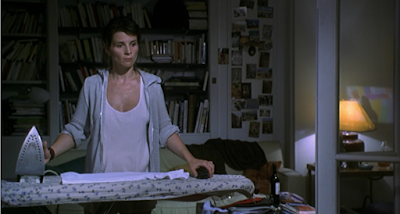 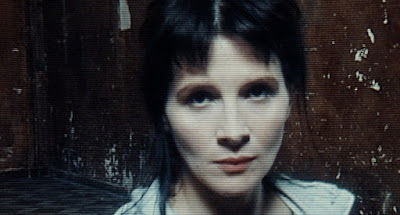 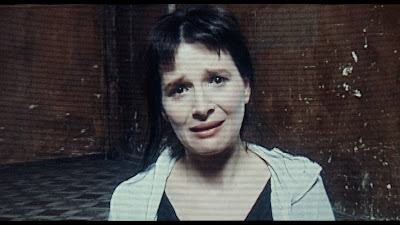 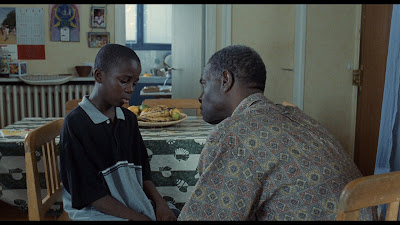 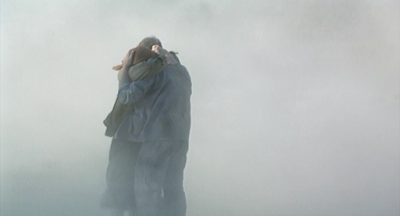 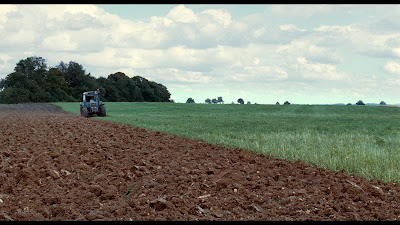 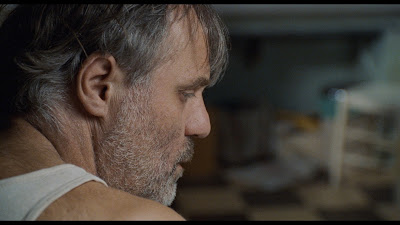 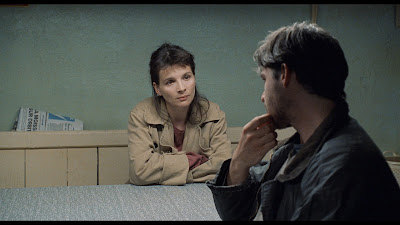 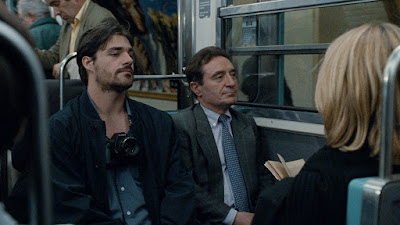 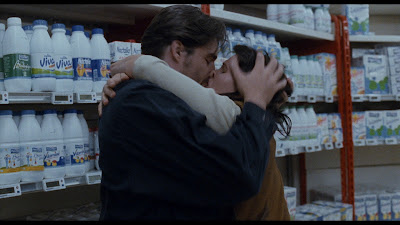 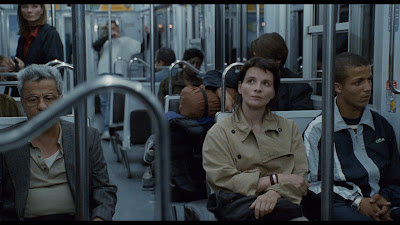 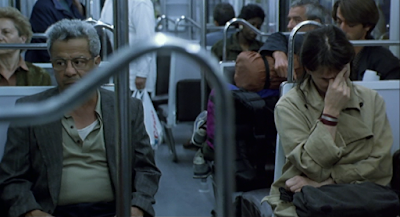 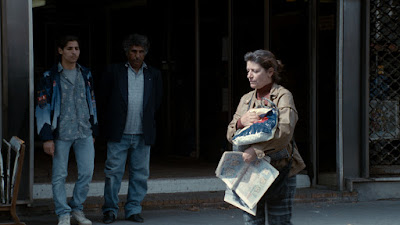 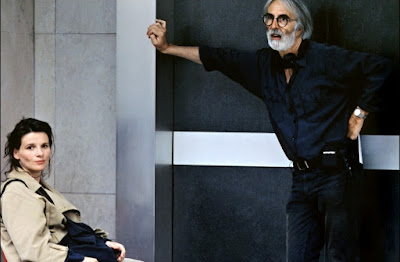 Is truth the sum of what we see and hear?  Can reality be represented?  Is that which is off-camera more precise than that which is on?
—Michael Haneke

The document tends towards the imaginary, fiction tends towards the real.  You could say that if you aim at a form of truth through fiction, then the reality will become enigmatic precisely because it is obvious.  Documentary photography offers an interesting possibility of achieving a poetic form.  For me that is more than just an interesting possibility, it’s what I’m aiming at.  If an image is powerful enough, if it resists us, if, by its obscure coherence, part of it escapes our understanding, then it means that something has been won from reality.
— Luc Delahaye: Snap Decision, Art Press, 2005

An intense, ravishingly beautiful film, a mixed, cross cultural integration of personal experiences that is unlike any other film seen this year, using what amounts to completely original cinematic methods, as the director's style here is to film, with utter clarity and a brilliant sense of being exact and concise, what appears to be random sequences, incomplete fragments from people's lives that, without any explanation at all, produces such a depth of emotion from an audience that is forced to unseal the secret to this inexplicable madness.   A bewildering and exasperating work, this is the first Haneke film to actually enjoy, and one of his best, appreciating the global context, adding an influx of immigrants into the urban Parisian mix, revealing how their presence alters the rhythm of life, while paying a heavy price on their own, yet also examining the difficulty of interpersonal communication, between couples in a relationship or between cultures, as relationships are more tenuous than ever in the modern world, with jobs moving from rural to urban and from country to country, challenging the concept of borders, requiring extreme adaptability in making a living.  Working with French actress Juliette Binoche, a major European star, alters the look of the film, adding a commercial touch while steadfastly adhering to the strict demands of an art film.  Extending what he started in 71 Fragments of a Chronology of Chance (71 Fragmente einer Chronologie des Zufalls) (1994), where a continuous stream of storyline fragments blend into a narrative tale on modern life, these jagged edges have a provocative intent, reminding viewers of Europe’s colonial past, resulting in an often contentious relationship with roots of inherent racism, but most citizens prefer to look the other way, allowing war atrocities and travesties of justice to continue.  Revealing the devastating consequences for seemingly incidental events, one of the underlying themes is cowardice, where more privileged European white people living comfortable lives are more complacent, unwilling to stand up or even speak out, while immigrants, particularly blacks or dark-skinned, often the target of excessive police force, do so with regularity.  Wars raging in Kosovo and Afghanistan are contrasted against the peace at home, where there’s a growing acceptance of atrocities as a routine part of life, as there’s no sense of moral outrage.  While society targets and humiliates immigrants, with illegal immigrants from Romania and Africa seeking work and a better life, but end up fighting in the streets of Paris to avoid arrest and deportation, a closer inspection reveals an underlying dignity in their all but invisible lives, where their histories and struggles are simply forgotten, not even registering a footnote in the modern annuls of European life.

Like the opening of Tarkovsky’s MIRROR (1974), where a stuttering child is attempting to break through barriers of communication, deaf students attempt to act out certain feelings that remain a mystery to fellow classmates (my own guess is fear), before all are gathered together in a triumphant display of drumming in tempo, a joyous and celebratory moment that seems to define the power of the collective, Code Unknown - Giba - YouTube (1:52), bookended again near the end of the film in a scene of Ozu-like cinematic harmony, seemingly integrated into the whole, yet while the drumming music continues into the next scenes, it’s clear lives are as separated and fragmented as ever.  Masterfully shot by Fassbinder cameraman Jürgen Jürges, with a bravura shot near the beginning reminiscent of Paul Thomas Anderson’s Boogie Nights (1997), where a single shot cleverly introduces many of the central characters in the film, and while their lives veer off into differing directions, at this moment they all intersect in an amazing cinéma vérité tracking shot taking place on the streets of Paris, where we are introduced to Anne Laurent (Juliette Binoche), an actress on her way to a meeting, running into Jean (Alkexandre Hamidi), the younger teenage brother of her boyfriend, who is temporarily running away from home.  After they depart, Jean throws a piece of trash into the lap of a homeless woman on the street, Maria (Luminița Gheorghiu), an illegal immigrant from Romania.  This humiliating act grates on the nerves of Amadou (Ona Lu Yenke), himself a Malian immigrant and music teacher for the deaf, as he despises the way a fellow immigrant is treated, like a human garbage disposal, confronting Jean, calling him out for what he’s done, not allowing him to run away, but Jean tries to ignore him, even as a crowd gathers, including the arrival of police, who, of course, forcefully arrest Amadou and Maria, stripping them of any dignity, allowing the white perpetrator who instigated the whole thing to go free.  In what is easily the creepiest Haneke sequence, a curious reference to William Wyler’s THE COLLECTOR (1965), we hear the voice of a film director (Haneke himself) instructing Anne in a scene, having lured her into a secure room in an ugly warehouse where she cannot escape, shot in a grainy video, informing her very matter-of-factly that he simply wants to watch her die, as “You fell into my trap.”  While she thinks it’s all a joke at first, finding it hard to believe, it’s obvious her torture is just beginning, as she pleads for understanding, soon breaking into tears, with the director instructing her to drop the façade, stop with all the pretend artifice and “show me your true face,” Code Unknown - Juliette Binoche (Eng. Sub)  YouTube (3:47).  In this revealing film-within-a-film what we see is the face of fear.

Exposing the truth behind an image becomes a prominent theme of the film, and of Haneke throughout his career, where the endless news cycle of television inevitably alters and distorts war coverage, for instance, creating a point of view in line with government or the owners of the broadcast company, typically a corporate viewpoint with explicit bias.  Appropriately we are shown unsanitized photojournalist images from the war in Kosovo, including dead bodies sprawled on the ground, some in pieces, revealing in graphic detail the true horror (featuring throughout the film the photography of French photojournalist Luc Delahaye, Luc Delahaye turns war photography into an uncomfortable art | Art ...).  Meanwhile, back in her own apartment, Anne is seen routinely ironing clothes, but she’s caught by the horror of what she hears, listening to foreign accented neighbors viciously berate their child, who is probably being subject to abuse, but it’s all happening behind closed doors.  This situation only escalates, with devastating results, all happening offscreen, out of sight from the public.  In a touching moment, Georges (Thierry Neuvic), the photojournalist is back in his apartment in Paris, discussing his work over the phone when Anne walks in, obviously happy to see him, caressing his face.  The look of this apartment exists throughout all Haneke films, especially CACHÉ (2005), including an entire wall lined with books, occasional movie posters, with pictures and artworks on the wall, while magazines and photographs are strewn about.  While Anne and Georges live comfortable lives, we get glimpses of backstories, as Maria has been deported back to Romania, where she’s forced to lie about her experiences in Paris, embellishing the truth, while the rural area where she lives is an industrial area permanently enveloped in poverty and pollution, while Amadou’s mother is in tears about his arrest, claiming in her African dialect that he was badly beaten, already at her wit’s end because he has a sister who is deaf, seen in one of the early scenes, while his younger brother is a victim of bullying at school, with someone stealing his jacket in an attempt to extort money out of him.

One of the comments made by Maria is particularly revealing, expressing how degrading it feels to witness the revulsion on people’s faces as they offer money, as if she were part of the dregs of the earth.  Hard to believe anyone could sink any lower.  The title of the film is significant, as there’s no easy code to unravel these difficult emotional encounters, missing links and lost connections, with many remaining out of sight, off the radar, with few willing to lend a helping hand.  The lives of immigrants are so insignificant to most French citizens, it’s as if they don’t even exist.  While Anne and Georges fight about their relationship, as he ships out whenever the going gets rough, seemingly avoiding conflict by disappearance, a scene as they’re walking through a supermarket suggests longstanding issues, where she may have aborted a child because he was unable or unwilling to commit.  Through these intense flare-ups, questions are asked, but never answered, scene by scene, leaving viewers in a state of limbo.  Time and time again Haneke seeks to present something as truth, only to undermine it.  The film becomes an essay on social disparity, emotional distance, and an unwillingness to involve oneself in the action and decisions of others, remaining instead in a safe haven, supposedly out of harm’s way.  But home does not carry with it the familiar connotation of a safe harbor in Haneke films, suggesting there is no escape from the world’s woes.  This theory is shattered in an intensely authentic metro scene fraught with tension where Anne is subjected to continuous taunts from an Arab teenager, moving to another seat to avoid him, but he follows her, openly terrorizing her with abusive language while other passengers pretend not to notice, eventually spitting in her face.  A middle-aged Arab passenger sitting nearby, Maurice Bénichou from CACHÉ (2005), is the only one to stand up for her, telling the boy he should be ashamed of himself.  But after the kid exits the train, scaring her on the way out with a final assault, it’s Anne who sits alone in tears, consumed by her own guilt and shame.  An orchestration of slowly building tension, it’s the deaf drumming that closes the film, playing over several sequences, with fleeting imagery suggesting a kind of continual bombardment of tiny explosions that threatens to undermine our modern stability.
Posted by Robert Kennedy at 12:01 AM