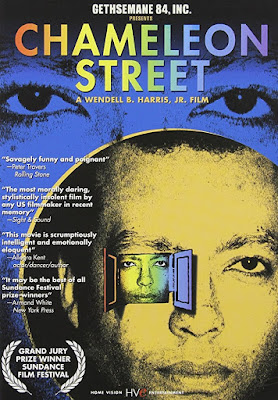 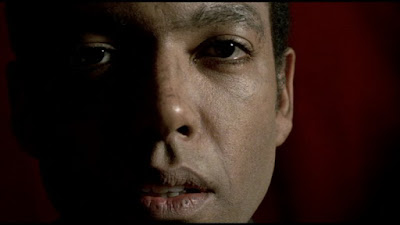 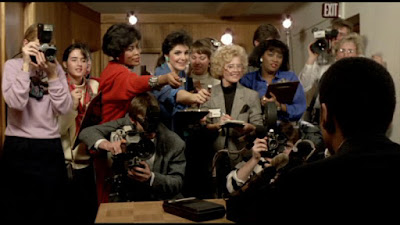 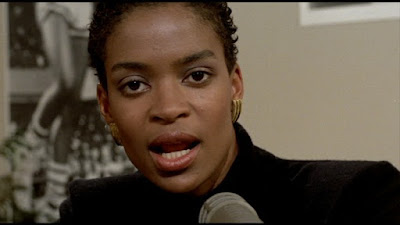 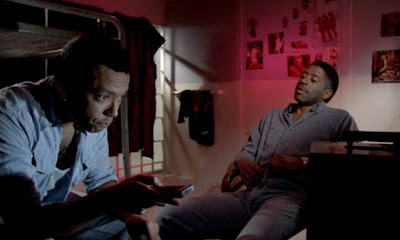 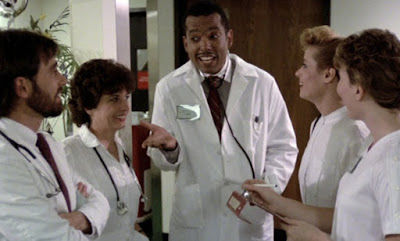 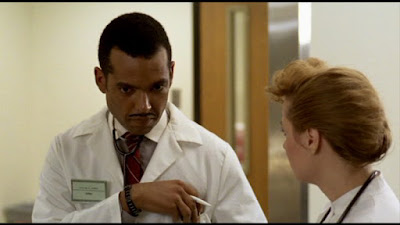 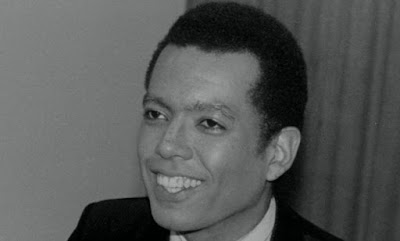 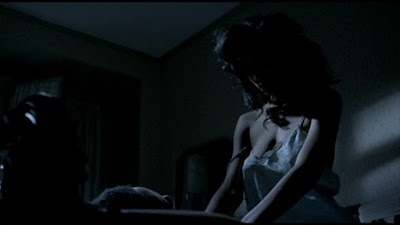 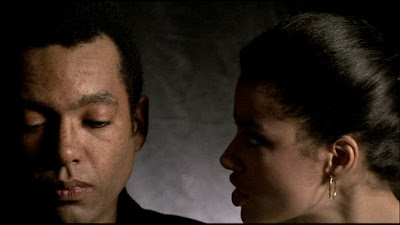 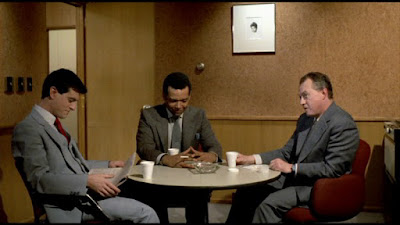 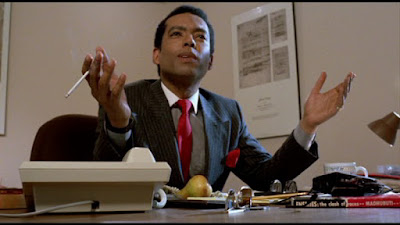 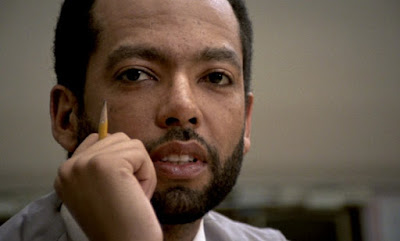 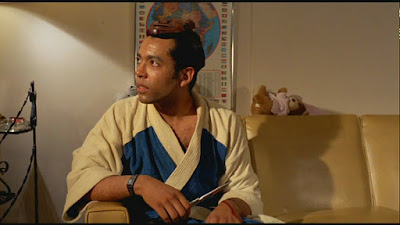 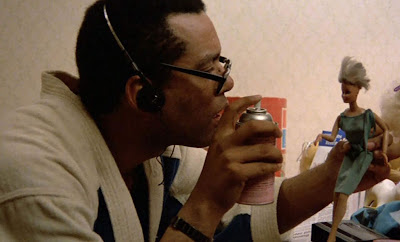 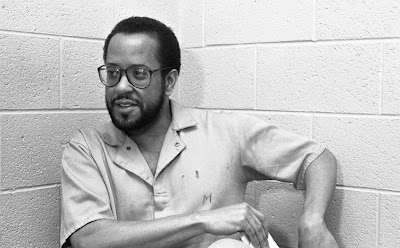 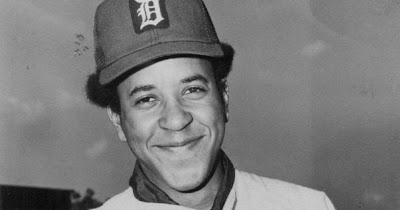 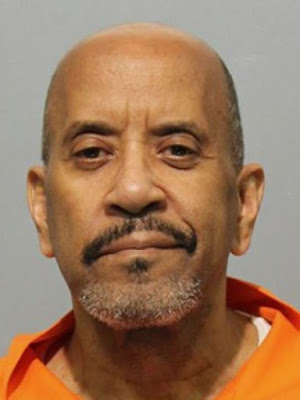 Not an easy film to appreciate, as it grates on your nerves, yet it offers a rare glimpse into the changing identity of being a black man, where this is an extremely provocative yet oddball film selected from the archives of black independent filmmakers, a mix of blackness, academia, and exaggerated satire from Wendell B. Harris Jr. who wrote, directed, and starred in this film that won the Grand Jury Prize at the Sundance Film Festival in 1990, but only received a limited release afterwards, completely disappearing from view before falling into complete obscurity  Despite its limited success and widespread critical acclaim, the director has never made another film.  While bizarre and overly weird, at times hilarious, but also baffling, feeling intellectually aloof, distancing itself from viewers in the haphazard way it plays out, lacking narrative coherency, the essential message extracted from this film is just how complicated it is to be a black man in America.   Loosely based on the real-life exploits of Detroit conman and high-school dropout William Douglas Street, Jr. who demonstrates a chameleon-like gift for becoming what people want him to be, assuming false identities under the guise that he can make more money as someone else than he can by being himself.  Sort of the opposite of what’s portrayed in Black Like Me, a 1961 book recounting the experiences of a white journalist traveling through the Jim Crow era of the American South disguised as a black man, this portrays a black man impersonating a fictitious identity in prestigious positions more commonly associated with whites, like a doctor or lawyer, professions that require graduate degrees, while Street himself had limited education.  This was not without consequences, as Street was continually arrested, accumulating two dozen criminal convictions (and one jailbreak) for his lifelong efforts over the course of 50 years.  In this film, Harris puts himself in Street’s persona and invents his own screenplay, opening the film where he’s being interviewed by a white prison psychiatrist who’s trying to unravel his motives.  Used to being the smartest guy on the room, with a wide variety of interests, Street is the kind of guy who quickly sizes up the situation by reading others, offering what they want to hear, being the best version so that he puts their mind at ease, feeling comfortable with who he is, even if it’s all a lie.  The plain truth about blacks is that they remain an enigma for white America, who are historically immune to being understood, still outside the realm of white comprehension, even if they freely adopt cultural references, like soul music, rap albums, literature, or support Civil Rights legislation.  The original sin of slavery has permanently altered the landscape in America, where the racial divide was never deeper.

The film backtracks to Street’s earlier years in Detroit, still living with his parents, working for his overbearing father installing burglar alarms, where we see him hanging out in a work van between jobs, smoking, shooting the shit with coworkers, spending time at a local bar afterwards with the boys, each commiserating about how they don’t have any money, conjuring up the age-old thought, “Do I have to deal drugs in order to make money?” imagining in his head the conversation he’d have with the dope dealer, the only steady job in the neighborhood, where it’s not about the dope, but the business of making money.  The fact this is exaggerated to comic extremes suggests it never happened, yet it’s an option available to every black man growing up in urban centers.  Street does all right for himself, marrying a lovely and intelligent woman, Gabrielle (Angela Leslie), yet she has a taste for shopping sprees, reminding him every morning when he leaves for work to “Make some money.”  Perhaps prodded by her incessant demands, his first scam is writing an extortion letter to the wife of Detroit Tiger baseball slugger Willie Horton’s wife, delivering it to her door when he’s out of town, asking for $50,000 to avoid making public incriminating photos of Horton having sex with other women.  However this plan backfires when his best friend and accomplice, Curtis (Anthony Ennis), signs Street’s name at the bottom of the note and sends copies to the local papers, eventually exposed as a sham.  Interviewed afterwards like he’s some kind of celebrity, he passes it off like some kind of joke, but really it was too stupid to be believed.  In real-life, Street was arrested in 1971 for extortion, receiving twenty years’ probation, but only after successfully impersonating a baseball player, where he was actually invited to try-outs by the Detroit Tiger organization.  Next he poses as a journalist from Time magazine, interviewing female USC basketball star Paula McGee (who plays herself), claiming “She had the four ‘B’s…black, beauty, brains, and basketball.”  Yet he’s eventually exposed, tipped off by a misspelling in his description of duties, which leads to a more thorough background check.  Gabrielle is dumbfounded that he misspelled a word in his own self-composed background letter, thinking he’s just another hare brained knucklehead.  Similarly, he has interactions with real-life Detroit mayor Coleman Young, playfully resurfacing in moments of history, much like Woody Allen’s earlier mockumentary ZELIG (1983).  While the film is multi-layered and complex, serving as some sort of biting social commentary, much like Jeffrey C. Wray’s recent The Evolution of Bert (2014), it also offers a black perspective akin to Ralph Ellison’s Invisible Man, where the inherent blackness in these impersonations is virtually unseen by his white counterparts.

Among the more surreal sequences is Street’s ability to obtain a student ID at Yale University, offering free entrance to the library, which feels like a sacred entrance into hallowed grounds, where he attempts to teach himself French by immersing himself in Édth Piaf.  Surrounded by beautiful white girls, dressed in a black leather jacket, shades, and a beret, pretending he’s from French-speaking Martinique in the Caribbean, he passes himself off as some kind of looming revolutionary figure, calling himself Pépé Le Mofo, uttering phrases he’s familiarized himself with, which works like a charm until a Belgian exchange student points out the obvious, exposing the fact that he’s not even speaking French.  Undeterred, he steps into a screening of the Jean Cocteau movie BEAUTY AND THE BEAST (1946), identifying with the Beast, of course, while meeting up with a rapturous version of beauty, the Yale-educated, French-speaking sophisticate Tatiana (Amina Fakir, a University of Michigan student who won Miss Black America in 1985) from Kenya, who briefly becomes his love interest.  But when she discovers he’s already married and that he deceived her, she can’t trust him and loses interest.  One of the wild scenes of the film is a masquerade French Revolution party they attend dressed as Beauty and the Beast, where incredulously he runs into Gabrielle.  This kind of anarchistic freedom is short-lived, both in terms of extravagant film style and relationship-wise, as neither woman forgets his betrayal.  While Tatiana is darker skinned and more of his intellectual equal, his natural inclinations prefer the lighter-skinned, less educated woman, claiming he’s “received 400 years of conditioning by the Man,” suggesting he’s not responsible for his own sexual appetites.  Little more than a smug opportunist, the self-righteous nature of Street comes across as sexist and misogynistic, perhaps representative of the times, or more accurately the Blaxploitation era of the previous decade that this film parodies, but also his tendency to blame others and never hold himself accountable, with women bearing the brunt of his inner rage, as they never accept him for who he is.  In this way, that’s part of the challenge of being a black man, as he’s constantly nagged and criticized by black women, who offer him little wiggle room, finding him inadequate, which may stimulate his desire to take refuge in someone else’s identity.  While he takes a turn as a corporate lawyer from a prestigious law firm, easily his most outrageous stunt is assuming the role of a Harvard-educated intern at a local hospital, impressing the nurses, while lauded with praise by the white doctors.  While the film reveals one harrowing incident where he’s asked to perform surgery under the observing eyes of the ranking physician, consumed by doubt and uncertainty, immersed in his own sweat, he’s alleged to have performed 36 hysterectomies before being discovered (all successful, by the way), spending plenty of time in bathrooms scrutinizing medical journals.  The film has the unpleasant feeling of being preached to, while also hustled by the filmmaker himself, as if it’s all a con job, like he’s performing a brilliant vaudeville routine, yet the extreme severity of his situation offers clever insight into the hoops blacks must jump through to be accepted by white society.  Revealing the difficulties blacks encounter when pursuing the American Dream, so long as he can act white enough and pass for a productive member of society, he’s viewed as non-threatening, color neutral, and easily accepted, but the moment he’s perceived as “black” in an overtly racist America, it changes the entire power dynamic, effectively sending his black ass back to prison.
Posted by Robert Kennedy at 12:01 AM