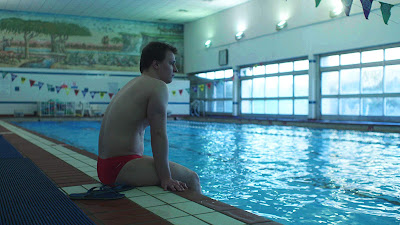 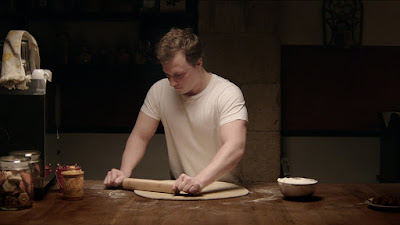 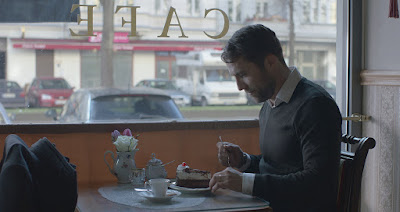 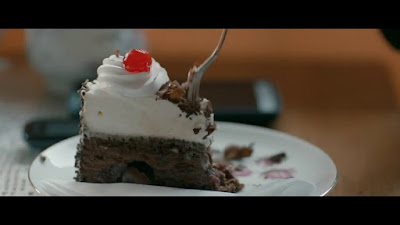 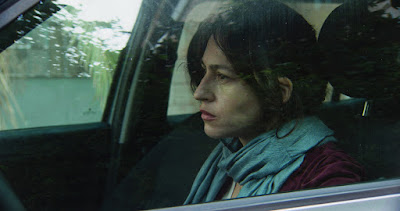 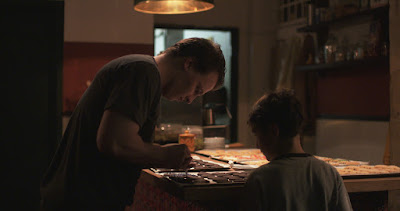 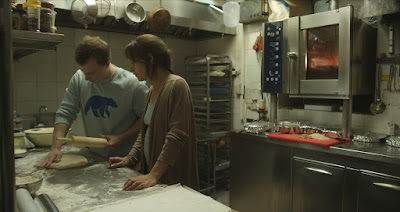 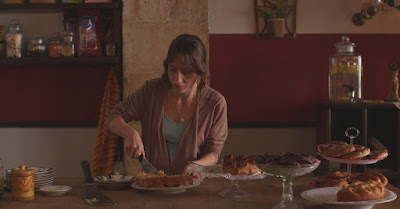 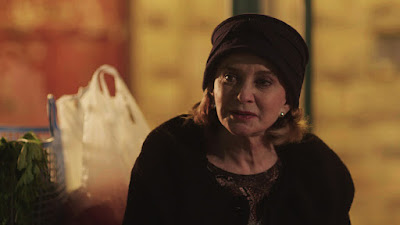 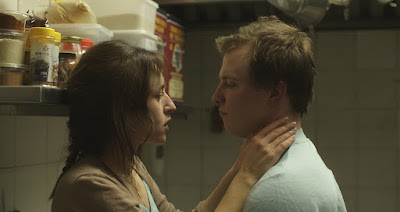 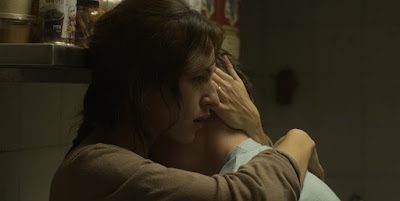 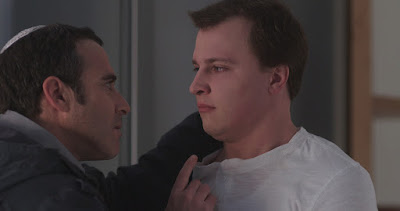 Any German-Israeli joint business venture can only be viewed as promising, suggesting that if these two countries can put aside their past differences and mutually agree to common interests, then anything’s possible.  Imagine how these two nations must have viewed each other just a half a century ago.  It boggles the mind.  Reminiscent of François Ozon’s Frantz (2016), which is an historical period piece set after the end of the First World War when a visiting French soldier pays tribute to his fallen gay lover in Germany, arousing hostile emotions, becoming a subject of derision and contempt by an angered nation still smarting from defeat, yet the family of the deceased comes to embrace him for his wealth of good intentions.  The origins of this film began eight years ago when the openly gay Graizer graduated from the Israeli Film School in Sapir College, Sdero and joined a student exchange, with German students coming to Israel while he ended up in Berlin, residing there for the past seven years, married to a Berlin florist while also training to be a cook (teaching cooking classes on the side), publishing a Middle-Eastern cookbook at the same time his first feature film has an international release.  Traveling between Berlin and Jerusalem, the film is a portrait of two cities, following the exploits of Israeli businessman Oren (Roy Miller), fluent in multiple languages, as he visits his favorite Berlin bakery, Café Kredenz, developing an easy rapport with the pastry chef Thomas (Tim Kalkhof), who creates these luscious concoctions that help keep business booming.  Without so much as a word of explanation, Oren is soon living with Thomas on his near monthly visits, though he has a devoted wife and 6-year old son back home.   This arrangement feels quite natural, though the absences are obviously difficult on the ones left behind.  It is only when Oren fails to answer his cellphone or call Thomas back that any real drama begins, as Thomas is pushed into desperate actions, visiting Jerusalem in an attempt to find him, sadly discovering from his employer that he died tragically in a car accident several months earlier, leaving Thomas alone, languishing in a foreign city, which has its own unique character and established rhythms, with cries of Shabbat being announced all throughout the city, which becomes a kind of bond that helps unite the brethren.

Winner of the Ecumenical prize at the Karlovy Vary Film Festival (where it received a ten-minute standing ovation afterwards), suggesting spiritual bonds can develop while mourning the loss of someone, and made for less than $200,000, the film doesn’t feel sparse or neglected, but spends an inordinate amount of time indoors in small settings, where the weight of the film is what Thomas carries on his shoulders, visiting the small café run by Oren’s widow, Anat, played by the always brilliant Sarah Adler who sprung onto the scene in Godard’s NOTRE MUSIQUE (2004) and the remarkable Jellyfish (Meduzot) (2007), where she adds such depth to any character.  Asking if she needs any help, she initially declines his offer, but later hires him for dishwashing or chopping vegetables, where his willingness to do anything asked gets her attention, though a German working in a Kosher kitchen arouses the suspicion of Oren’s brother Moti (Zohar Strauss), who goes ballistic when he bakes some surprise cookies in the oven for her son Itai’s birthday, instructing him to destroy them all, as she’ll lose her Kosher license if people find out.  Despite his sensitivity on the issue, Anat is not so judgmental, as she’s not a fervent believer, but happens to live and work in a Kosher neighborhood surrounded by devout customers where these things matter.  Nonetheless, this gesture is appreciated by Anat, who starts selling the cookies, much to the delight of her customers.  It’s this kind of unspoken recognition that happens throughout the entire picture, where underneath is a queasy feeling that Thomas is a stalker, yet his eerie motives remain secretive throughout, though the audience is well aware of the connection, yet Anat has no idea.  Is this a beautiful or a terrifying thing?  From the outset, what’s immediately pronounced is the impassioned piano music of Dominique Charpentier, adding a quietly surreal and contemplative element, like a melancholic voice for the ghosts of the missing, adding a mysterious invisible force that seems especially connected to moments alone, such as when Thomas is seen baking in his apartment late at night, adding an intricate layer of complexity to the passing of time, with Thomas especially absorbed in his own thoughts (which are never revealed).  As time goes on, Thomas’s creations become the bulk of the business, as he draws customers with his delightful baking skills, though ironically most are inherently German recipes, like a divine Black Forest cake that she serves.

Even Moti grows to appreciate just how invaluable Thomas is at the café, finding him a nearby apartment (where, of course, the residents are under strict Kosher rules), and eventually inviting him to a family Shabbat dinner.  One of the undisclosed marvels of the films is Moti’s mother Hannah (Sandra Sade), playing a woman much older in years, yet instilling a near telepathic quality, as she may be the only one that actually senses his relationship to her son, exquisitely expressed when she shows him her son’s room, which is filled with pathos and a genuine sadness, with his grief filling the room, setting the stage for what follows.  This connection to the final haunting scene from Brokeback Mountain (2005) couldn’t be more subtle, but it’s impossible to miss, as it’s one of the more remarkable moments of the film.  Anat also grows more curious about her husband’s past, rummaging through a box of his belongings, finding plenty of receipts from Café Kredenz, even asking Thomas about them, but he claims having no knowledge about the place.  The suppressed nature of what remains hidden under the surface only grows more pronounced, culminating in a kitchen scene at the café where Anat takes matters into her own hands, growing sensuously attracted to her blossoming baker, throwing caution to the wind, showing her true feelings, which has a volcanic effect, but also feels a bit taboo, as he’s enticing her under surreptitious circumstances.  Despite opening the floodgates, seemingly overcoming all odds, their happiness is brief, as her curiosity gets the better of her, finally listening to her husband’s final recorded phone messages, where it’s Thomas calling with an increasing sense of urgency.  Stung by this apparent betrayal, she’s hurt beyond belief, summoning Moti to throw the malicious bastard out of the country, where an explosion of confusion takes center stage.  While there is a strange hazardous foreboding underlying Thomas’s every move, the cruelty with which he is dispatched is overly hurtful, leaving him irreparably damaged.  Buoyed by powerful performances and directorial restraint, part of the beauty of the film is the subtle editing by Michal Oppenheim, where a story is told without revealing any of the hidden clues, where most of what happens takes place wordlessly under the surface, eloquently expressed by the haunting piano themes, reaching a sublime finale that couldn’t be more poetically optimistic and utterly enthralling, adding an elegiac quality.  Word is a follow-up film may be in the works.
Posted by Robert Kennedy at 12:01 AM