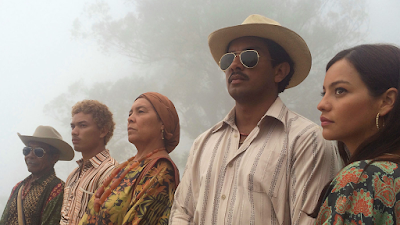 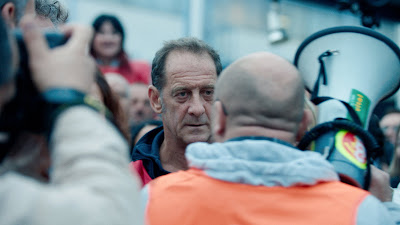 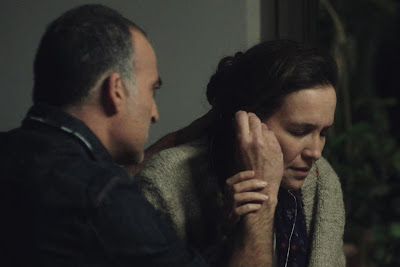 Fewer days and fewer films, yet higher prices, with an unannounced rip-off mark-up price of $2 dollars per ticket, as they’re not using Ticketmaster anymore, which is the most disheartening change, as that’s just price gauging.

No reason why that couldn’t have been announced on the festival website, clearly stating what customers could expect this new year.  By not doing so, the realization does not hit until the moment of actually purchasing the tickets, where the price is not as advertised, which many believe is overt deception.  Getting customers angry and offended at the outset is not at all a good way to start off a new festival year.

Once more there is a plethora of Specials, 12 in total, one-time-only screenings priced at a whopping $20 bucks, many of which include films that will be released in the next few weeks, which is not what the festival should be featuring.  I’m a thorough believer that there should be no more than 3 or 4, and for films with a festival buzz about them, which makes them truly “Special.”  But instead they are money grabs.  By including them into the schedule, they make it appear like a better festival than it is, but it’s a façade, a sleight-of-hand illusion that should by all means be ignored.  Don’t reward this blatantly deceptive practice.

First off, let’s see what will not be playing here, though they’ve played elsewhere in other festivals.

20 or so films not playing

*  films with plenty of festival buzz

There will be 8 films that premiered in competition at Cannes this year, including the Palme d’Or (1st place) winner, Hirokazu Koreeda’s The Shoplifters from Japan, the Best Director, Polish director Pawil Pawlikowski for Cold War, co-winner of Best Screenplay, Italian writer/director Alice Rohrwacher for Happy As Lazzaro, Best Actor was awarded to Italian actor Marcello Fonte from Matteo Garrone’s Dogman, and 4 films from Un Certain Regard, including the award winner Border by Ali Abbasi from Sweden and Denmark.  There are 5 films that premiered in competition at The Berlin Film Festival, including the Jury Grand Prize (2nd place) for Małgorzata Szumowska’s Mug from Poland, and an Ecumenical Jury Prize for Thomas Stuber’s In the Aisles from Germany.  There are 6 films that premiered in competition at The Venice Film Festival, but two are Specials, including the two top prize winners, the Golden Lion (1st place) winner, Alfonso Cuarón’s Roma from Mexico, and the Grand Jury (2nd place) winner, Yorgos Lanthimos’ The Favourite from the UK, US, and Ireland.  The Best Actress prize was awarded to Olivia Colman from The Favourite, while the Best Documentary prize was awarded to Peter Bogdanovich for The Great Buster: A Celebration.

A recent trend has seen fewer Asian films (11), none from the Philippines, a lone African film, while like last year there is a significant increase in American films (55), with only 40 chosen before that.  Those American films constitute 43% of all the films shown in the entire festival, which is 128 this year, as opposed to 143 films last year, yet this is advertised as an “International” Film Festival.  Perhaps in name only, but not in spirit.

Still, expectations are rising as the programming was decidedly better last year, with fewer truly great films, but many more really good films, with hopes that will continue this year as well.
Posted by Robert Kennedy at 12:01 AM