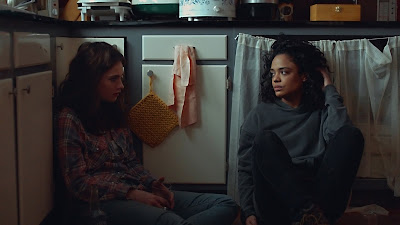 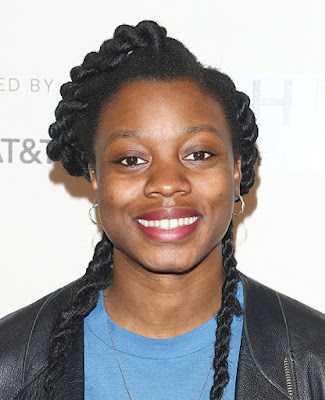 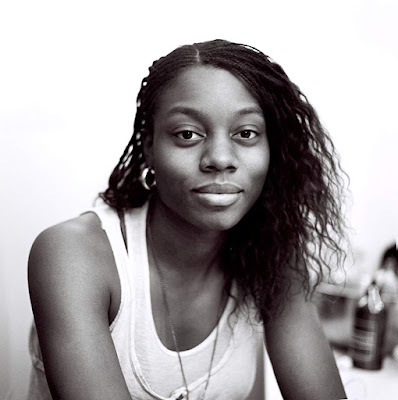 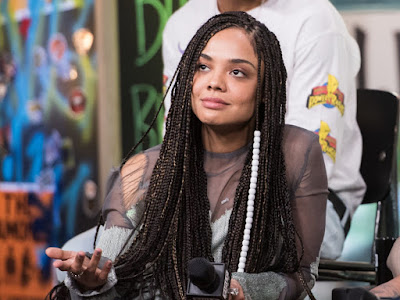 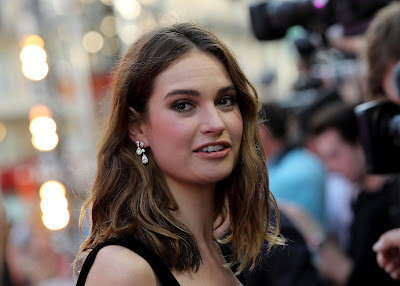 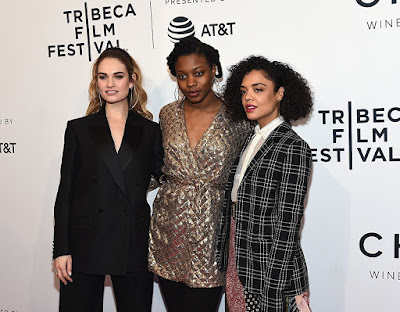 That rare breed of black indie film, almost non-existent on the cinematic landscape, yet writer/director Nia DaCosta won the 2018 Tribeca Film Festival’s Nora Ephron Award, a highly prestigious prize bestowed each year upon a first-time female filmmaker.  DaCosta was born in Brooklyn but raised in Harlem, attending NYU’s Tisch Film School, yet despite her urban lifestyle, she creates an astonishing portrait of rural white America where nearly everyone lives below the poverty line, where things most of us take for granted are exceedingly difficult there, such as access to health care, where the closest clinic might be hundreds of miles away.  Set in the fictional town of Little Woods, it resembles life in Willitson, North Dakota, a tiny oil-boom town where the jobs just aren’t there anymore, where working the oil rigs has been replaced by the fracking business, targeting oil that is much more difficult to extract as it’s more deeply embedded in the earth.  Life there is dangerous, particularly the rowdiness of men drinking heavily, where it’s not safe for women to go out at night, where women were reported to be raped both inside and in the parking lot of a local Walmart, so fear of a constant threat exists, with both men and women typically carrying guns to ward off those existing threats.  If it sounds a bit like the Wild West, it is, as little has changed in the mindset of people living in the open frontier, where hardscrabble lives are the norm.  The film recalls Courtney Hunt’s FROZEN RIVER (2008) or Debra Granik’s 2010 Top Ten Films of the Year: #3 Winter's Bone, yet it could be bookends with Chloé Zhao’s The Rider (2018), set in nearby South Dakota, as that film examines masculinity on an Indian reservation, while this film, conceived, written, directed and produced by women, examines the effects of rural poverty on women.  Portrayed like a Western, where the heroic gunslinger has put down their guns to lead a more normal life, but is drawn back into the fray for one last gunfight, it features Tessa Thompson as Ollie (short for Oleander), a former opioid drug dealer gone straight, arrested for transporting drugs across the border from Canada (including prescription medicine for her terminally ill mother), nearing the end of her parole, where she’s about to resurrect her life into building something constructive, but circumstances force her to delve back into her criminal past and make one final score.  Thompson is the same actress who gave such a riveting performance in Tina Mabry’s MISSISSIPPI DAMNED (2009), as the lone hope of her impoverished rural family in Mississippi tainted by alcoholism and sexual molestation to succeed, to find a way out of a generational cycle of poverty.  In each film, she’s nothing less than heroic.

For anyone who’s been to North Dakota, you rarely, if ever, see a black person there, though census records show they represent 1% of the population, so it’s something of a surprise to find a leading black actress playing a starring role set in the rural backwaters of North Dakota.  That’s the first thing that jumps out at you, while the second is Thompson doesn’t wear a stitch of makeup, giving this film a much grittier look.  The film centers around two sisters (one is adopted) struggling to make ends meet in a small North Dakota town, with Ollie scraping by doing odd jobs, delivering coffee and sandwiches from the back of her truck to oil riggers, while also doing laundry for locals, while her white sister Deb (Lily James) works as a waitress, living in a trailer (with a slew of others) parked in a large supermarket parking lot, barely able to support her son Johnny (Charlie Ray Reid), receiving little or no support from the deadbeat father, Ian (James Badge Dale), who languishes away his time and money in bars.  Ollie is impressive in her visits with her parole officer, Carter (Lance Reddick), exhibiting sincerity in her efforts to stay clean and out of trouble.   But things change after their mother dies, as the bank is ready to foreclose on the home, with no money in sight to pay for it.  While she’s nearly completed her probation and has a lead for a job out in Spokane, Washington, she’s considering moving away for good where she doesn’t care about the dilapidated house.  But things get staggeringly more difficult when Deb announces she’s pregnant, reviewing the options of a single woman without insurance, where delivering a baby in a hospital costs $8000 (closer to $20,000 today), which is completely out of her stratosphere.  One of the more moving scenes is when she confronts the father, Ian, who’s initially thrilled about the pregnancy, but what it comes down to is that she can’t count on him, as he’s simply too unreliable, deciding instead to have an abortion.  It’s a killer moment of stark honesty, never overplayed, but perfectly balanced in the overall context of the film.  In a follow-up meeting with the bank, Ollie manages to reduce the payment owed in half, the rest added to future payments, but she’s in crisis mode when it comes to getting the money needed by the end of the week, as Deb and her son could certainly use the house.  One of the more revealing aspects of the film is how exceedingly difficult it is in rural areas to obtain a legal abortion, where surprisingly few have health insurance, which is no small matter, becoming a heartbreaking experience to watch as these two sisters remain bonded together, but are completely exasperated trying to figure out how to pay for and obtain an abortion, turning this into a suspenseful drama bordering on a thriller.

While this might be described as a quietly affecting, slice of life film, the deeply personal dynamic between the two sisters is the major force of the film, as both are excellent, but especially poignant when playing off one another, as they are an appealing team, but showing a strained relationship constantly on edge reveals the complexities of sisterhood, where these two would do anything for one another, but that love is tested throughout.  One of the nice touches is Ollie continues to sleep on the floor, something she grew used to while caring for her ill mother.  While her instincts are to leave her criminal past behind, before she was arrested, she buried a plastic baggie of prescription opioids, having little choice but to dig them up and start dealing again.  Angry at herself for what she’s risking, and guilty about how her actions undermine the trust of her parole officer, but putting up a positive front, Ollie starts selling again to the oil workers, many of whom are in the same boat, masking injuries that have occurred on the job, with nowhere to go for treatment, waiting six or seven hours in hospitals when they do try, relying instead upon opioids to get them through the day.  However, this attracts the attention of the local drug dealer Bill (Luke Kirby), especially after she repeatedly told him she was out of the business, turning violent with her, wanting a piece of the action, but offering a big chunk of money if she’ll go on another visit to Canada to retrieve prescription drugs that can be sold at a huge mark-up price.  Literally hating the idea, she initially refuses, but things take a surprising turn for the worse, putting them in an even more precarious position, where making that visit is literally their last resort.  Filled with dread and dark anticipation, the Canadian visit couldn’t be more suspenseful, where DaCosta is brilliant in establishing a shadowy atmosphere that grows even creepier in the dark of the night.  The visit has the feel of desperation, heightened by their own anxiety and fears, yet their steely nerve prevails, as they’re used to facing tough situations, so commonplace in their marginal lives.  Yet what makes it even more effective are the authentic emotions of the characters who offer powerful performances, where Deb has to face her constant screw-ups, while Ollie has always come to her rescue, conveying toughness and vulnerability in equal measure, with empty landscapes brilliantly shown with meticulous detail by cinematographer Matt Mitchell (though much of it was shot in Texas), shining a light on the working class women living in the forgotten corners of America.
Posted by Robert Kennedy at 12:03 AM