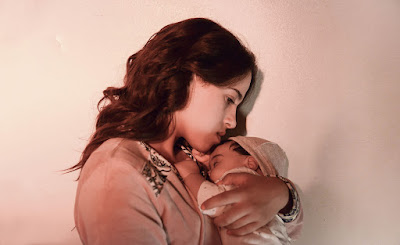 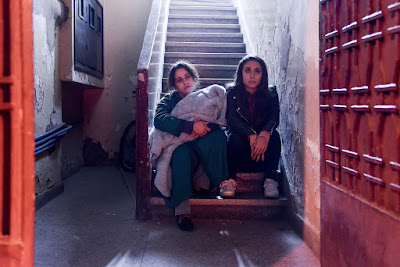 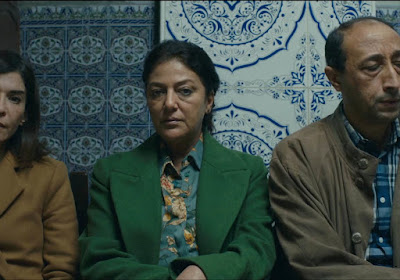 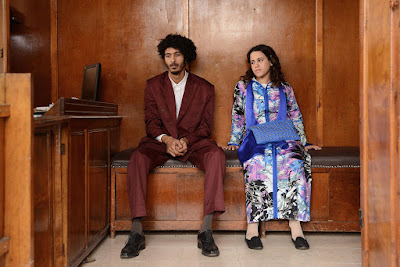 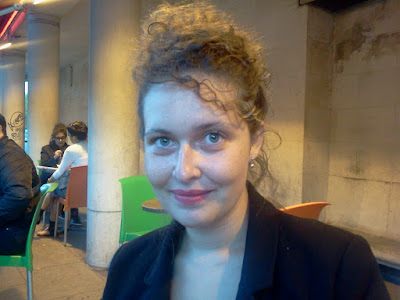 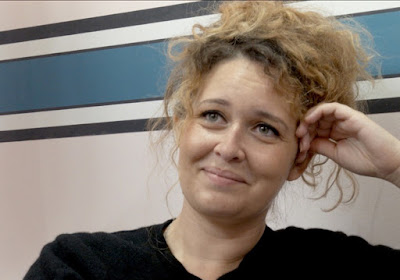 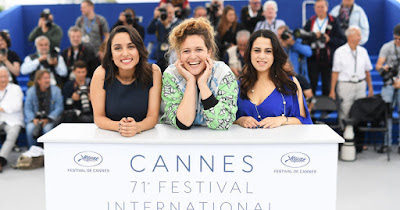 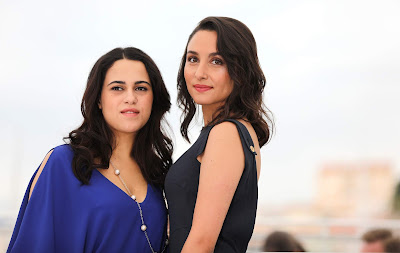 A blistering piece of social realism that may leave you reeling afterwards, as this first-time director takes viewers on a whirlwind tour of what it’s like to live under religious Islamic rule, where common sense is no longer applicable, as harsh repressive punishment awaits those that can’t follow the letter of the law.  Viewers are informed at the outset that childbirth outside of wedlock is punishable by a prison sentence unless the father claims it as his, as sex is only allowed between married couples.  Of interest, Morocco is actually among the more liberal Muslim nations, with its longtime colonial ties with French culture and language, which is still spoken there alongside Arabic.  The director herself grew up in Rabat, the capital city of Morocco, was educated in Paris and Brussels and now lives in Paris, winner of the Best Screenplay award in the Un Certain Regard section at Cannes, the film exposes the consequences of the archaic laws, which only grows more absurd as the film progresses.  Opening in a celebratory mood in an upscale apartment in Casablanca, where the father (Faouzi Bensaïdi) of a middle class family is entering into a business partnership with a wealthy Frenchman, Ahmed (Mohamed Bousbaa), asking his 20-year old daughter Sofia (Maha Alemi) to serve the desert, when her cousin Lena (Sarah Perles) notices in the kitchen that she’s in some distress.  As a medical student, Lena quickly realizes something is wrong, where a brief exam suggests she’s pregnant, but Sofia ignores her, attending to her serving duties until her water breaks, with Lena quickly rushing her to a hospital on the pretext that they’re just going to a pharmacy, but the hospital won’t deliver the baby if she’s unmarried, public or private, fearing fines and harsh punishments of their own, leaving her in limbo.  Lena finds a doctor on staff that she knows who will secretly deliver the baby off the books, where she must leave immediately afterwards, but the father must claim the child within 24 hours or Sofia will be charged with a crime and sent to prison.  Sofia is but one of 150 unwed women who give birth in Morocco daily (Our Bodies, Our Sons: A Complicated Moroccan Parental Connection ...).  Welcome to the new Casablanca without Ingrid Bergman or Humphrey Bogart.

While the baby is healthy, this only begins their mad journey through a labyrinth of arcane customs and laws, where it’s not so easy for Sofia to recall the location of the father, getting lost in the seedy section of Derb Sultan, seemingly walking forever with no success, with Lena pressing Sofia for more details.  The two women are exact opposites, as Lena is gentle and sympathetic, offering help, while the crestfallen Sofia continually demonstrates a sullen demeanor.  When they appear to find the right address, the inhabitants grow suspicious, so Sofia barges right in, but no young man is present, exiting without success.  As they sit in a nearby staircase reflecting on their options, making excuses over the phone for why they have not returned home, an idea occurs to Sofia that they can just leave the baby on the street and no one will ever know how she got there, searching for a box from the garbage to put her in.  Lena looks at her incredulously, like she’s out of her mind (24 babies are abandoned daily in Morocco) before discovering her parents have been to the hospital and know exactly what happened, heading back home to meet them where the grave mood is overly somber and grim, devastated by the news, believing this will bring great shame to the family.  After a night to sleep on it, they head out to meet the father the next day, identified as Omar (Hamza Khafif), where he claims he never touched her, meeting her only one time and he just offered her a cup of coffee when he found her distraught and in tears after losing her job at a call center because her French was inadequate.  Nonetheless, after some parental wheeling and dealing (thoughts of bribing police were mentioned), they both end up before a magistrate, with Omar acknowledging paternity while agreeing to marry Sofia, but the look on his face is utter shock and disbelief, like he’d been handed a death sentence, while Sofia is surprisingly upbeat, happy that there’s no jail time for anyone, as the agreement reached seems to accommodate both sides.

Part of the untold story here is the class difference between the two families, one educated and well off, living in a modern house, while the other is stuck in a ghetto with few prospects of ever getting out.  Both resort to cynical plans afterwards, as the wealthy family intends to hide the baby until after the wedding, as no one needs to know, so no shame will be brought down upon the family, or interrupt the planned business partnership, while a good job will be offered to the prospective husband, which will elevate that family’s economic standing as well.  Throughout the film Sofia has been portrayed as an overly passive traumatized victim, speaking little, instead wearing that hurt expression on her face, where the repressive patriarchal laws are viewed as demeaning and humiliating to women, who aren’t even recognized as human beings, with Sofia treated like a criminal throughout the entire ordeal.  But as her wedding approaches, with her family sparing no expense, turning this into a lavish, high society event, she becomes more outspoken and selfishly motivated, sneering at those that helped her, thinking they’re no better than her, obviously enjoying all the attention being paid to her, where she envisions herself as a beautiful young bride, though Omar has made it clear under no uncertain terms that love will never enter into this marriage.  In the course of events Sofia lets out a little secret that completely alters the outcome, subtly changing the overall dynamic, shifting the viewer’s perspective, and making a mockery of the proceedings.  The moral hypocrisy on display is stunning, revealing just how easily people adapt to their circumstances, but no one addresses the real issue, which is the insidious law itself that traps women and places them in a demeaning and medically precarious position.  So if the laws remain, society will have to adjust, and this is but one example of an overly corrective method that reeks of self-protection.  In the end, cynically turning the tables to her advantage, Sofia is just another spoiled and ungrateful rich kid getting what she wants, even if it’s all a lie.
Posted by Robert Kennedy at 12:02 AM