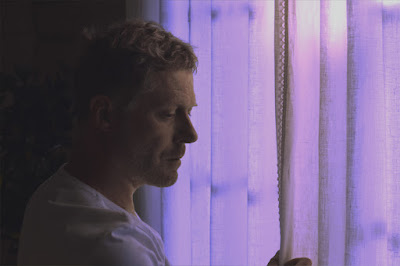 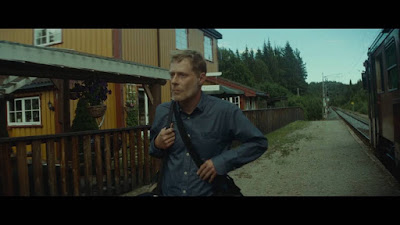 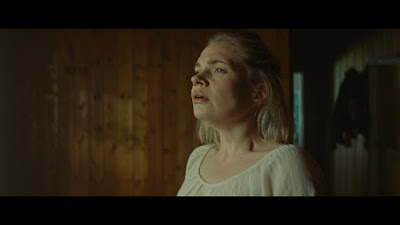 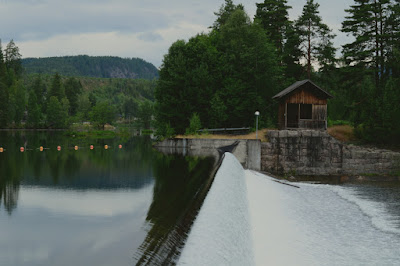 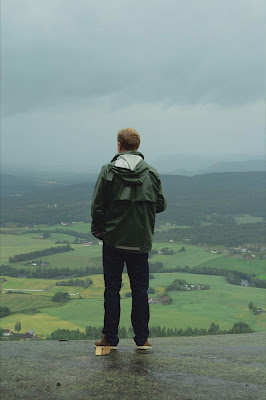 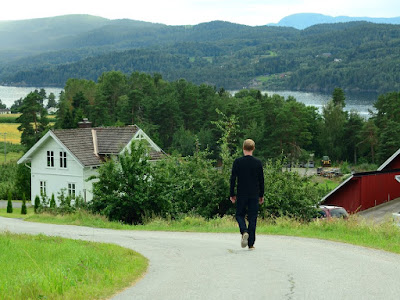 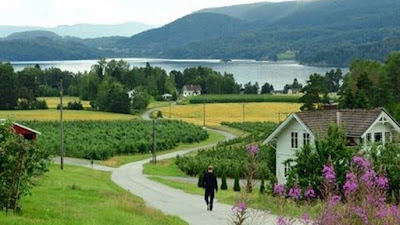 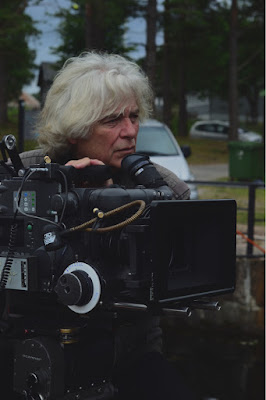 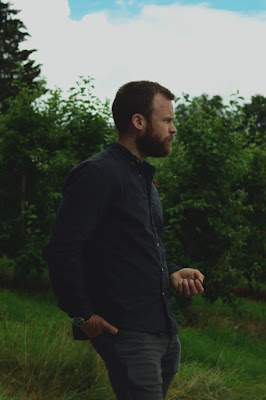 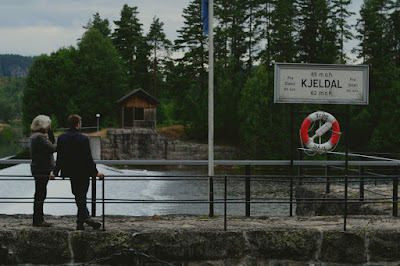 Rob Tregenza and Kirk Kjeldsen survey a location for the film 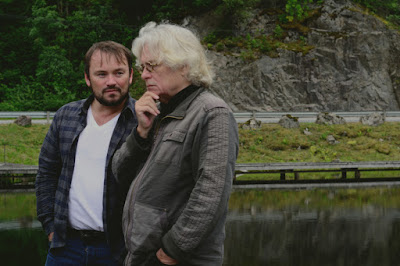 Actor Mikkel Gaup on the set with director Rob Tregenza 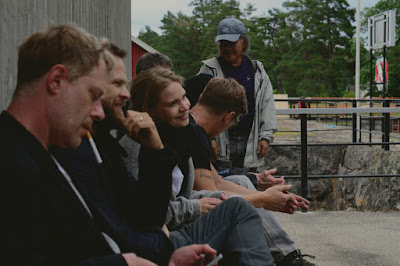 cast and crew on a film break 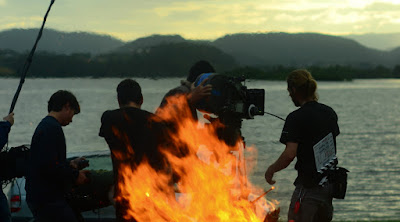 bonfire on the set 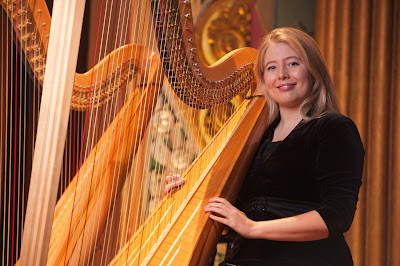 Harpist Earecka Trezenga-Moody (the director’s daughter), along with her husband, violinist Jason Moody, composed the music for the film

The road ends in the night,
but the night ends on the road.
The road slices like a knife
through life.
Separating good and evil.
The road is the road
to the last day.

A film about the eternal, love and grief, and the everlasting, offering an extreme portrait of personal loss, expressing the agonizing consequences of losing a soul mate, a spouse, whose dead spirit appears throughout the film, as a lonely man retraces their steps together, taking a journey throughout the Telemark region of Norway, a place they spent their happiest years, where she translated the poems of local Norwegian poet Tareji Vesaas (1897–1970) into Chinese while visiting the region where he lived, which was the project of her life.  After her death, he tries to revisit those places and complete her unfinished work, which he does largely in silent homage to her while reading passages of the poetry, making this a ruminating tribute to both his wife and the poet, becoming a painful journey where the implications of what he’s dealing with are initially unclear, as he’s simply closed off and alone, stoically incommunicative, but slowly things reveal themselves, with the film exploring the essence of the human soul, recalling the haunting quiet of Alexander Sokurov’s ORIENTAL ELEGY (1996), which is more of a shared communion between the living and the dead, where thoughts, feelings, and memories intersect in a void of timelessness, where all happen to occur simultaneously in one’s head.  It also feels like a Kiarostami film, in particular TASTE OF CHERRY (1997), though this isn’t about wanting to end one’s life, but to connect in the spiritual realms with a loved one already deceased, where you’re trying to commune with their living spirit before it dissipates, raising one’s level of awareness to acute, using poetry as a kind of exploratory mechanism trying to break through an impregnable layer, like reaching into an abyss, feeling stuck on the other side, as death in all its permanence leaves one devastated, producing a solitude incapable of being defined by words.  So quickly thoughts are lost, as everything that we came to appreciate in life is mourned in death, feeling like the other side of joy, becoming a piercing anguish that doesn’t go away, lamenting what was lost, as part of you dies with her.  Rejected by multiple film festivals, this may be as close to Norway as many of us get in our lives, as the film feels so exploratory, not just the layers of poetry that so eloquently express the heart and soul of the nation, but also the personal journey to revisit special moments in one’s life, a literal search for meaning while traveling through a rural countryside, allowing viewers to share in a deep understanding of an existential dilemma.  Certainly a somber film, but it’s a memory search, like an autobiographical Proustian journey deep within that bleeds with intimacy.

At the center is Carsten Neuer, Austrian actor Andreas Lust from Götz Spielmann’s REVANCHE (2008) and Benjamin Heisenberg’s THE ROBBER (2010), both excellent character studies in films making the rounds at film festivals, arriving by train to a remote stop in the middle of nowhere, the lone passenger to exit, slowly making his way out of the picture, walking towards an unknown destination until he quickly retreats and runs back onto the still awaiting train, as if he forgot or lost something, exiting again just before the train pulls away, seemingly carrying the same amount of bags.  What follows is a visit to a small shop nearby where he encounters Niko (Mikkel Gaup), a burly guide to elk or even beaver safaris who speaks English, though it’s clear he doesn’t have much of a business.  Offering him money to be his driver, as the stranger inexplicably is unable to drive, they set out on a journey that only becomes understandable over time, as Carsten barely utters a word, where the narration includes his reading of various passages of poetry that provides an underlying lyricism to the landscape images seen out the windows of the van, which include apparitions of his wife all dressed out in colorful formal attire, wearing a Kabuki face painted white, dressed in elegant silk robes.  Without explanation at this point, he sees her everywhere, haunting him wherever he goes, silently sitting in the back of the van, ignoring any conversation with Niko.  When they make a stop at a grocery store, they amusingly reveal who they are by what they decide to buy, as Carsten buys fruit and water, healthy choices, while Niko prefers junk food, buying chips and beer.  But it’s not until later at the continual prodding of Niko that Carsten’s actual intentions are revealed, thinking he’s lugging around “the Lonely Planet Guide to the most lonely shit in Norway,” which quickly changes him from providing comical relief to being an understanding and supportive friend.  Niko has his own issues to deal with, first meeting up with a girl, Mari (Anni Kristiina Juuso, who also doubles as the ghostly image of the wife), who’s not particularly thrilled to see him, but once the mood shifts with his solemn friend opening up to him, he changes his tone, getting serious with Mari, stopping at a nearby cemetery where she works, where a devout spiritual mood shift takes place with an exquisite musical selection that reaches for the sublime, Å, for djup i Jesu kjærleik / Locus iste (Bruckner) - YouTube (5:10).  It’s here that Niko unexpectedly asks for her hand in marriage, making promises for the future, a willingness to change, which she gladly accepts, providing a tender moment in the quiet hush of the journey.

Shot on 35mm, directed, edited and co-written (with Kirk Kjeldsen) by Tregenza, he is a master of the long shot which helps establish the mood, providing a slow and lingering pace, where each shot is like its own self-composed essay that is literally filled with contemplation.  It’s a perfect way to infuse regional poetry that reeks of loneliness and distance and fleeting opportunities, suggesting humans are ephemeral creatures, short-lived on this earth, struggling against the immovable indifference of the permanent.  Within this context, in a relatively brief period of time, it’s clear that something profound happened within this relationship, something that marks them as human beings, that speaks not just to their character but to their human consciousness, defining who they are, that when separated is a hollow shell of what previously exists.  This realization of suddenly and abruptly being alone is what this film is all about, as it’s a startling revelation that we spend most of our lives avoiding, as it never enters into our thoughts.  Only death provides this shroud of mournfulness that clouds our entire outlook, affecting us like nothing else, becoming an inescapable anguish that literally paralyzes our souls.  Perhaps the only other film that captures this extreme degree of emotional isolation is Hirokazu Koreeda’s first film, MABOROSI (1995), a poetic embrace of death that leaves one in a dreamlike state of quiet grace.  While there’s a gorgeous ferry sequence, with the men initially completely out of sequence with each other, on separate wavelengths, but there’s a meeting of the minds by the end, culminating with a mountainside trek where Carsten releases the ashes of his wife, easily the most painful moment for him, spewing untranslatable thoughts, shot in a deluge of rain, where the man is utterly inconsolable.  Afterwards two roads diverge in an interesting parallel ending the film, as Niko heads for his impending marriage at a beautiful seaside setting while Carsten drifts off in another direction all alone, their futures at opposite ends of the spectrum, one just beginning, the other wrought with pain.  Part of the beauty of the film is the haunting musical score played by the director’s daughter, harpist Earecka Trezenga-Moody, who provided the music as well in his earlier film INSIDE/OUT (1995), playing along with her husband, violinist Jason Moody, musicians with the Spokane and Seattle Symphonies, both of whom composed the music for the film, adding a touch of lyrical reverence bordering on the sacred.  The film ends with one of those Kiarostami final shots, much like he ends each film in the Koker trilogy, a beautifully composed shot that lasts for several minutes, that by itself sheds light upon the multi-faceted subject matter of the film, revealing a weary traveler far from home, making his way into undiscovered territory, or perhaps an endless wanderer, stuck in a purgatory of endless grief, taking a journey into the infinite.
Posted by Robert Kennedy at 12:00 AM