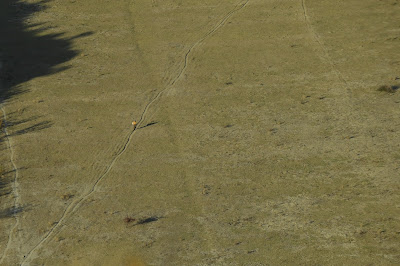 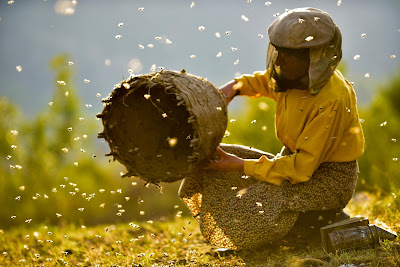 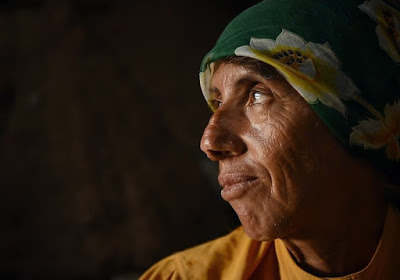 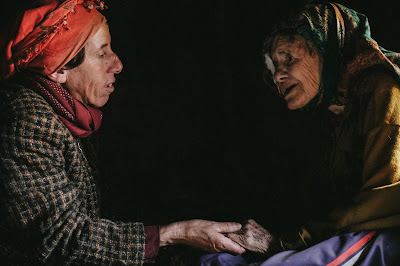 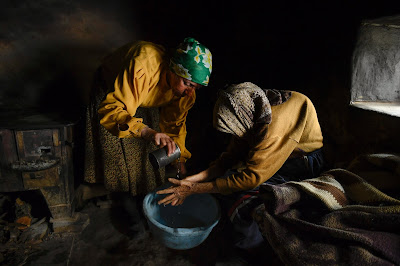 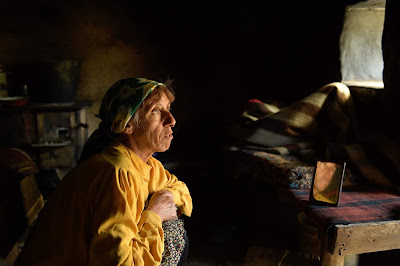 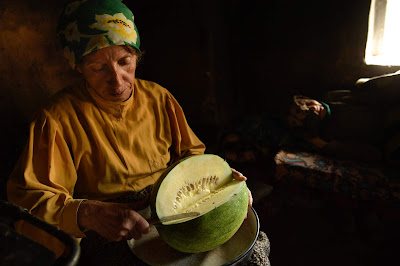 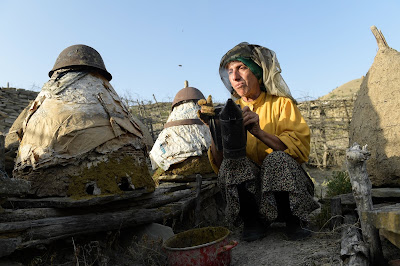 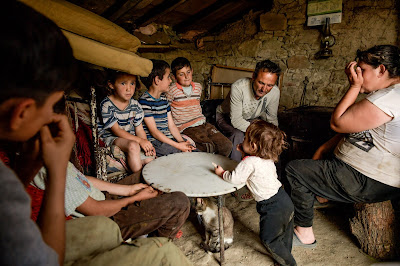 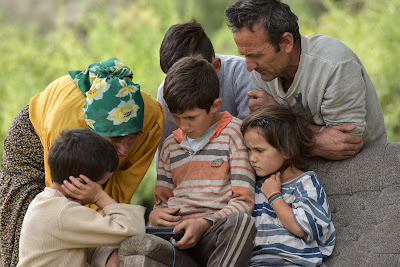 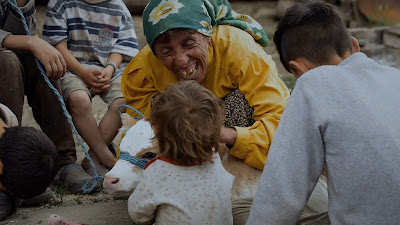 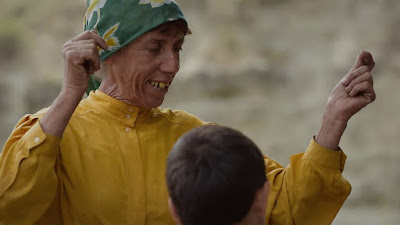 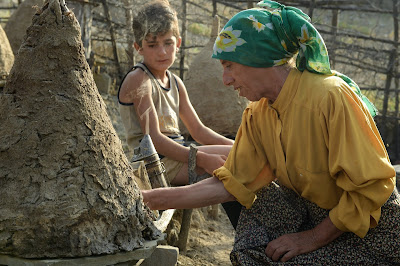 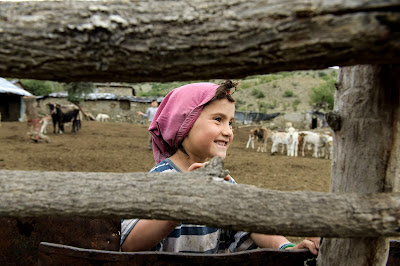 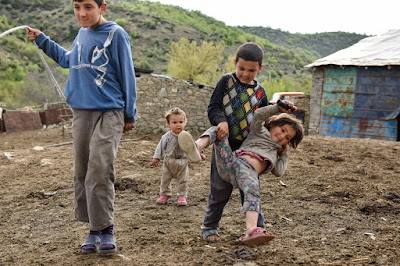 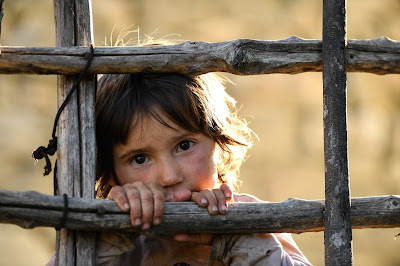 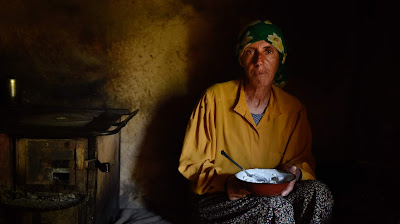 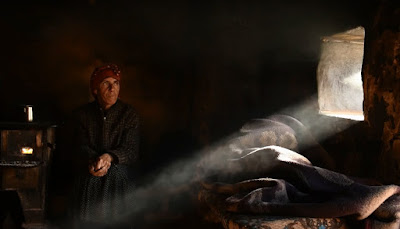 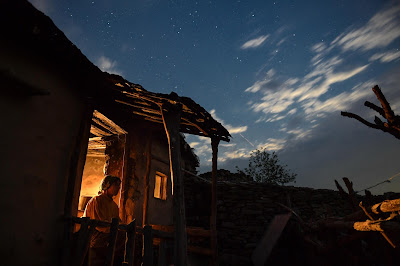 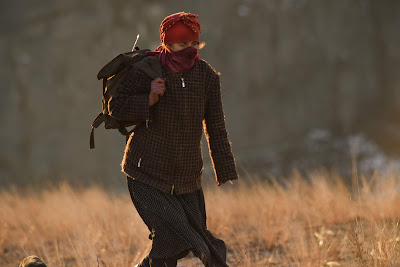 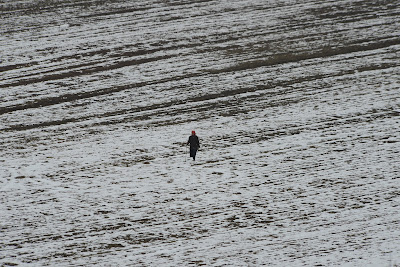 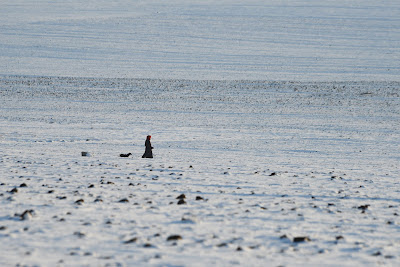 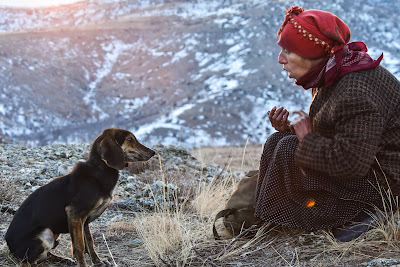 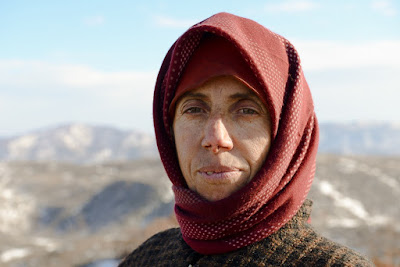 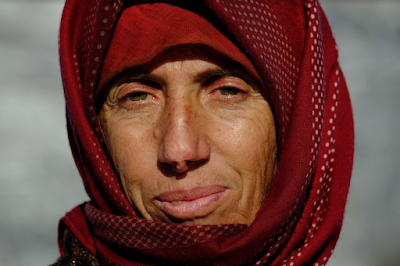 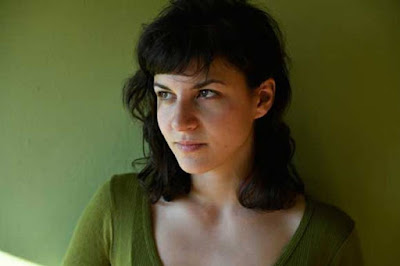 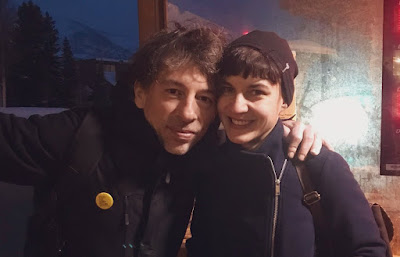 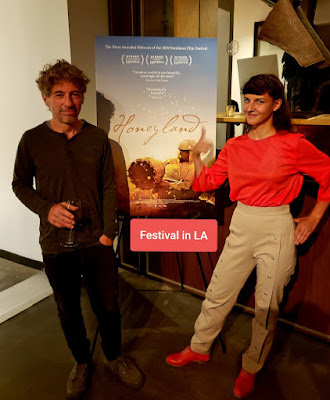 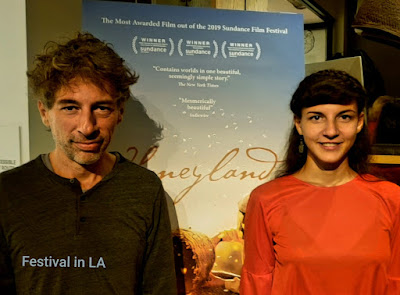 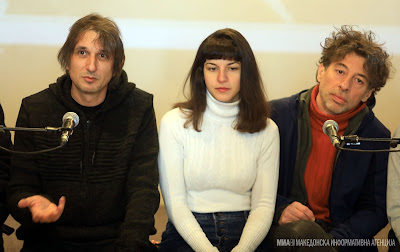 Winner of the World Documentary Grand Jury prize at Sundance, with Special Jury awards for cinematography and “impact for change,” this is an unflinching yet excruciatingly painful view of dire poverty, in stark contrast to Nadine Labaki’s heavily acclaimed yet overly manipulative Capernaum (Capharnaüm) (2018) that rubs viewers faces in the misery, yet here nothing is contrived, offering a wide-ranging and encompassing view of one of the more isolated regions on earth that also includes a striking portrait of a resourceful woman who manages to survive in the rural outback of a region time forgot, living by her wits and her respect for nature, something the ever-changing world around her ignores at its own peril, becoming a cautionary tale about survival.  The opening ten minutes reveal the essence of the film, featuring intimately quiet choral music written by the Macedonian band Foltin that has an ancient sacred sound that both opens and closes the film, using a cinéma vérité style, gloriously filmed by Fejmi Daut and Samir Ljuma, capturing the barren emptiness of the land from a view on high (taken by drones), where humans appear as tiny specks on the ground, set in the hilly upper plateau of the rugged terrain of the Macedonian Balkans.  It’s here that we find a solitary inhabitant crossing the landscape, making her way to a harrowing mountain edge, a dangerous precipice that leaves little wiggle room for the cinematographers hovering nearby, removing a large flat stone, discovering a hive of bees hidden inside, carefully removing half of the honeycomb, “Half for you, and half for me,” her credo of living in harmony, using puffs of smoke to calm the anxious bees at so rudely being discovered, seemingly left unhindered for centuries.  This eye-popping opening says it all, introducing viewers to Hatidže Muratova, a scrawny, middle-aged woman with horribly crooked teeth, whose weathered face reveals a life of hardship and duress, yet through patience and accumulated wisom, she calmly endures.  Living in a one-roomed shack with no water or electricity, lit only by candlelight, she cares for her aging mother who is blind in one eye and can no longer walk, spending her entire existence bedridden under a swarm of flies, relying upon the considerable talents of her daughter, with cats and a lone dog having the run of the place, often seen curled up next to the wood-burning stove, providing her mother with constant companionship, not that she notices.  Their running dialogue is spare, yet pointed, revealing little affection or personal detail, mostly trying to get her mother to move around or eat something, spending most of the film buried under a pile of blankets.  Their lonely, solitary existence is interrupted by the nomadic presence of new neighbors arriving in a trailer home, Hussein and Ljutvie Sam and their seven children setting up camp next door, bringing along their livestock cows, creating a maelstrom of disorganized youthful energy, with absolutely nothing for those kids to do, continually berated and chastised by their father for not helping out enough, where he’s always on their case for something, as they seem to thrive on hostility.

Hatidže initially tries to be a good neighbor, becoming especially fond of their oldest son, treating him like a son, patiently showing each meticulous step in caring for the bees where you don’t get stung, which he picks up very quickly, soon realizing his father has not grasped the art of details, more aggressively taking shortcuts, where his lack of calm guarantees that they constantly get stung, angrily denouncing his son afterwards for critiquing his methods, behaving like a tyrant, authoritatively dismissing any advice while banning future visits with Hatidže, where they typically end up shouting profanities at each other.  The Sams show little interest in actually looking after their children, or their livestock, as they’re left unfed and alone most of the time, both beaten regularly, soon discovering their lifeless animals are dying right before their eyes in painfully graphic imagery, losing as many as 50 cows.  While Hussein insists they’ve encountered a disease, and maybe they have, but more likely they’re just underfed, depleting their immune systems.  Quickly realizing this, Hatidže shares her knowledge about caring for the bees, stressing how important it is to practice methods of sustainability, as there’s little else in the vicinity to provide food and an occasional source of income.  Hatidže makes the long trek by foot and by bus into the nearest town of Skopje, the capital city of the Republic of Macedonia, a thriving urban metropolis teeming with outdoor food vendors, walking around like she owns the place, announcing her Turkish heritage, finding a scattering of Albanians and Serbs, developing an easy rapport so they trust her, selling her unfiltered honey for anywhere from 10 to 20 euros, buying a hand fan for her mother to swat away the flies while indulging in hair dye for herself, though we always see her head covered by a scarf.  Living this lifestyle, there’s not much of a need for money, rarely venturing into the city, but it’s profitable nonetheless, establishing a reputation among the vendors for having the richest tasting honey, making them willing to pay a little extra.  Despite the utter isolation of her life, she’s gregarious and social, even dances a bit to ethnic music she likes, where there’s plenty to choose from, considering the historical melting pot of neighboring cultures, even returning with a few bananas that she eagerly shares with her mother, who’s not much of a conversationalist, but surprises us from time to time with her acerbic humor.  Never revealing much personal information, Hatidže inquires as to why her mother never arranged for a marriage, as is the custom, but her mother had no issue with the prospective suitors, claiming it was her father who refused.  Other than that, absolutely no backdrop information is ever provided, with no narration, leaving viewers to adventurously find their way in this rather raw and unfiltered slice-of-life narrative.

The filmmakers themselves were visiting the region in search of making an environmental documentary along the Bregalnica River in North Macedonia, as the panoramic landscape is filled with stunning vistas and very few people, with the vacuous location testing them as perhaps few others do, where the degree of physicality needed to survive in such an uninhabited region is enormous, recalling the equally remote Sibel (2018), shot in an isolated mountainous region of Turkey.  And while there are many questions that come to mind, wondering what actually happened and what was staged for the camera, once having met Hatidže, realizing her conscientious approach to survival, she became the central focus, with the filmmakers visiting her regularly over a period of three years, initially spending weekends over a 6-month period due to the difficulty of transporting food and needed equipment into the region (unable to approach by car, requiring an all-terrain vehicle, which limits the amount you can carry), acquiring more knowledge over time, eventually adding these mysterious shots of jet streams passing overhead, with modernity making its presence in what otherwise resembles Biblical times.  This feeling of being out of time prevails throughout the film, yet Hatidže seems to find the right harmonious balance, disturbed by the overly intrusive presence of her neighbors who don’t take the same precautions, feeling ever more desperate with so many mouths to feed, eventually agreeing to quick money up front from a shady businessman, with Hussein promising more honey than he could possibly provide, lured by the dollar signs, eventually selling the entire honeycomb and lying about it to Hatidže afterwards, claiming he’s perplexed by it all and doesn’t understand what happened, leaving angry bees without a hive, quickly attacking Hatidže’s healthy bees, wiping them out entirely, leaving her helpless and utterly disconsolate, sharing her dejection with her mother who sardonically offers the words of wisdom, “May God burn their livers.”  Similarly, according to a recent publication, Plos One, the prevalent use of toxic pesticides in American agriculture has destroyed ten million bee colonies in the United States since 2006.  The question could just as easily be asked if the enveloping presence of modernity isn’t the problem, with its reckless habit of disregarding what came before in its rapid pursuit of the future.  Hussein’s belligerence is simply the metaphoric stand-in for this ill-advised approach, representing the encroaching future that he thoughtlessly destroys.  In no time, they’re packing up their belongings and heading down the road for another destination, returning Hatidže and her mother to a quiet and solitary existence.  This coincides with the changing seasons, which her mother fails to survive, growing wintry and more brutally harsh, having to fend with the snow and the plummeting temperatures.  But spring does arrive, with Hatidže having to start building her bee hives all over again, basically starting anew, but despite the long and arduous treks needed, she knows where to find them, using knowledge accumulated over time, becoming a final survivor in this bleak and desolate environment.  Of unique interest, viewers may contribute to local community improvement by donating to the website http://honeyland.earth in exchange for 30g (a quarter of a cup) of pure unfiltered honey extracted from the region.
Posted by Robert Kennedy at 12:02 AM