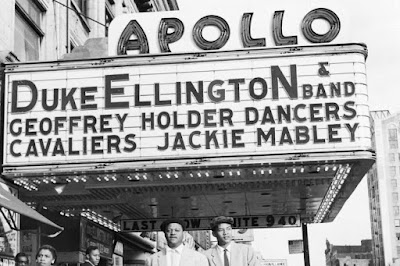 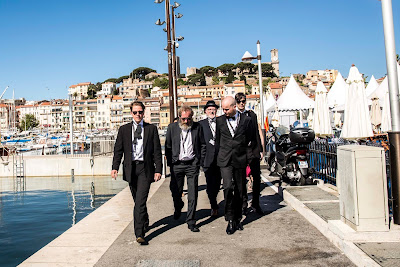 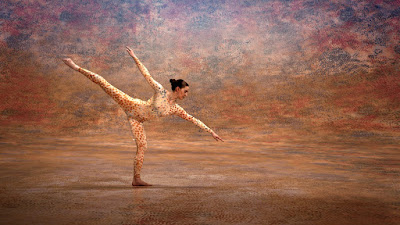 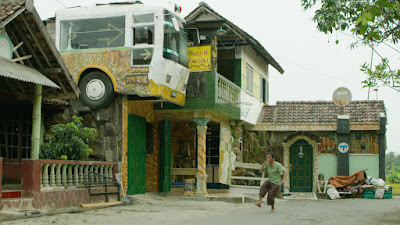 Perhaps the real surprise of the festival this year was the number of films available winning awards at Cannes, Venice, Locarno, or Berlin, offering a wide range of styles, but those were certainly among the most interesting options, including the three best films seen, all award winners at Cannes.

All three reflect a new focus about women in film, yet their styles are remarkably different from each other, as the Sciamma film was made nearly entirely by women, offering a decisively female point of view in a highly stylized, historic yet romantic love story between two women, made by an openly lesbian filmmaker, while Aïnouz also has a history of making gay-themed films, whose MADAME SATÃ (2002) about the anguishing life of a drag queen won the Gold Hugo top prize at the festival more than a decade earlier, this time devising a more classical style of filmmaking reminiscent of Italian films in the 50’s and 60’s starring Anna Magnani, yet focusing upon the struggles of women, who have a“history of invisibility” in Brazil.  The Díaz film was like a fictionalized documentary honoring the victims of mass genocide in a 36-year civil war conflict in Guatemala that left over 200,000 dead, targeting almost exclusively an indigenous population, leaving only the surviving widows to tell their story of what actually happened, which is harrowing.

The Sciamma film went on to win the Gold Hugo for Best Film of the festival, the only time in recent memory when my personal favorite was also awarded the best film by the festival.  While I didn’t see it, Jonathan Dabian viewed Litigante, winner of the Gold Hugo in the New Directors competition, and claimed the festival also got that right.  Once again, like last year, the quality of documentaries has diminished as they were no match for the fictional film programming, so their positions have reversed in recent years.  What was once the cream of the crop in terms of festival offerings in Chicago has shifted in recent years.  For those preferring more challenging and experimental filmmaking, this festival offered I Was at Home, But... (Ich war zuhause, aber), winner of the best director at Berlin and Vitalina Varela, best film and best actress at Locarno, invaluable films that are not for everyone, but set a different standard for non-commercial filmmaking, literally challenging the limits of cinema.  This diversity reflects an expansion in offerings, as the Chicago Festival is known for more traditional, less challenging choices, so it was good to see a little adventurousness in the programming.  There was also a crowd pleaser, Les Misérables, a racially explosive, incendiary work loosely based on the Parisian riots of 2005, almost entirely filmed with constantly moving handheld cameras, capturing a spontaneously erupting, violent insurrection against the police in a housing project in the banlieue regions of Paris, an explosive revolt that captures the French revolutionary spirit of the Hugo novel.  Some of the most rapturously beautiful nature photography you’ll ever see produced one of the most audaciously original films of the year, Fire Will Come (O que arde), near wordless, magnificently shot on 16mm, winning a festival award for best sound design, mixing music with natural and man-made sounds, sometimes indistinguishably.

Easily the best thing that’s happened to the fest is the addition of programmer Alissa Simon, which is a major coup, as she specializes in Middle Eastern and Eastern European films, formerly in charge of the Iranian fest at the Film Center when it was the best and most progressive festival of the year, but now she helps run the Palm Springs Film Festival for the rich and famous, but it’s one of the earliest fests of the year, beginning the day after New Years.  In addition, she’s the best interviewer, by far, and brings needed talent and energy to the fest, as there’s no one else in her league.  She also makes Facets a second home, with a bundle of mail piled onto a desk just waiting for her to sift through, also catching up on her email in an office there for years, much like detectives making phone calls in a bar in film noirs.

As it turns out, the increased ticket prices this year explains that the $2/per ticket surcharge from a year ago still applies, but it’s a hidden fee, as customers are still paying for it in the ticket prices.

All films scheduled to screen in Theater 20 were relocated to other theaters in the nearby vicinity, either directly across the corridor or down the hall, due to projector malfunctions.