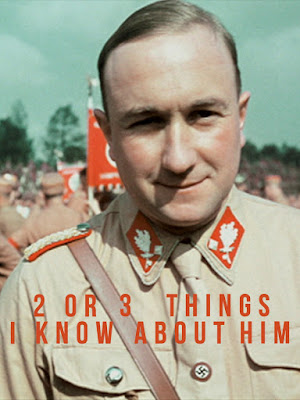 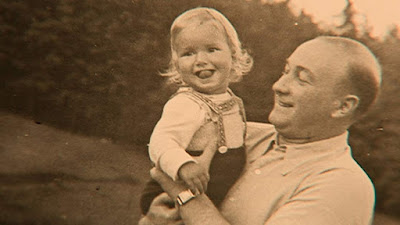 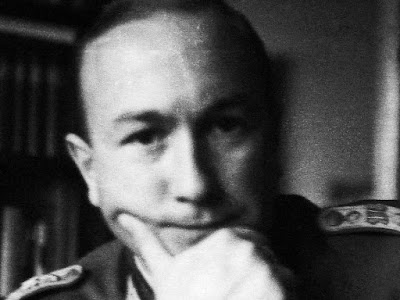 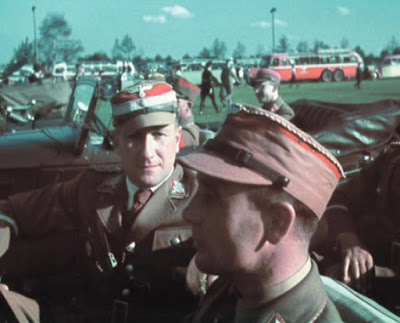 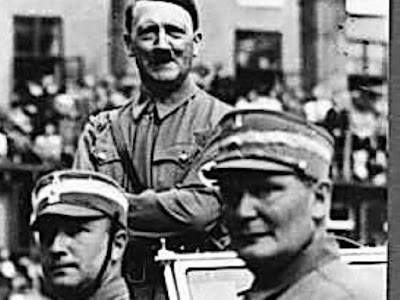 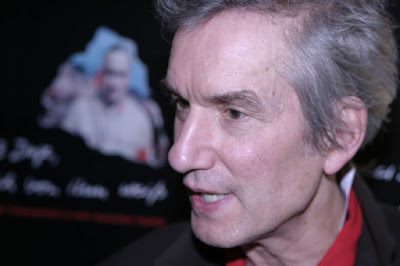 The spelling of the letters in the last image of the film before it cuts to the end credits tells you exactly what we’re dealing with here, as a typical German family reluctantly attempts to tie the missing pieces of their family’s past together with the knowledge that dad, Hanns Ludin, was a war criminal sentenced to hang in Bratislava in 1947 as one of the higher ranking Nazi collaborators who facilitated the transportation and eventual extermination of Jews during the Holocaust.  He was one of the guys that made it all happen.  As the Nazi Ambassador to Slovakia chosen by Hitler himself to represent the Third Reich, one document alone bearing his signature is evidence of over 8700 Jews and some 500 Slovaks transported out of Slovakia for permanent liquidation in the death camps.  Despite his role, the family squabbles over how much he knew, how he couldn’t have knowingly sent all those people to their deaths, as they were believed to be in labor camps, trying to blame it all on that weasel Adolf Hitler, how he was a pawn in someone else’s game, much like the arguments played out at the Nuremberg war crimes tribunals.  A review of the collected evidence suggests Herr Ludin never initiated a single act over the course of his entire career, that he arrived at his position by steadfastly carrying out the Führer’s Final Solution orders without so much as a blink.  But that’s not how everyone in the family sees it, as the filmmaker, the youngest of his six children who was only 5 when his father was executed, points his camera at his siblings, nieces and nephews, and even a few in-laws, most all of whom have favorable recollections of his dad, the most vociferous defender of which is his older sister Barbel who refuses to believe he committed any crimes, much less atrocities, believing he was a victim of the madness of war.  Her unwavering support for him is the centerpiece of the film, which also produces gorgeous never-before-seen color photos of Hitler on parade with Hanns Ludin in dress uniform smiling at his side, including a memorable photo of an infant Barbel proudly handing a bouquet of flowers to the Führer, with a treasure chest of Nazi photos signed by many of the luminaries, and with documents obtained from a Slovakian War Crimes museum that verify much of Ludin’s activities during the war.

This project would never have taken place while their mother was alive, and as the filmmaker notes, “she lived a long life.”  We later learn through footage shot while she was alive that his mother claimed she had never heard of Auschwitz.  At first, Barbel planned not to participate in the film, which was only digging up the past in her view, hounding her father’s legacy much like a pesky investigative reporter, exposing family secrets document by document that were better off kept secret, as after all, no matter what, he was still their father, and she loved and admired him, only agreeing to participate in order to defend his honor.  When little brother asked if she didn’t feel any shame for his actions, as not a single family member ever once mentioned the words guilt or shame, Barbel claimed she didn’t even know what that was.  In denying her father’s actions, which may typify German family reactions around the country, she is not only denying family history but that of Nazi Germany as well.  The most poignant moment is the face to face interview with a Holocaust survivor, Slovak poet Tuvia Rübner, who was fortunate his family sent him to Palestine before they were all deported on Ludin’s orders as part of the final Slovakian liquidation.  So while the filmmaker’s family haggles over its legacy, Rübner has no family left at all.  Instead he reads one of his poems and also discusses his belief that evil is stronger than good, that good remains still, at peace with itself, while evil never stops moving, that it lives in a vacuum, always needing new victims to feed on.

Of note, the richness of color in the film shot by Franz Lustig is superb, especially for a documentary which usually features grainy or poor quality digital video.  Lustig was the cinematographer in two of the more recent Wim Wenders films, DON’T COME KNOCKING (2005) and LAND OF PLENTY (2004), where the interior shots of interviews in darkened rooms with the older sister are especially impressive.  As there is plenty of dialogue, the subtitles are routinely pulled off the screen before ample time is provided to read it, while much is illegible as well, with white titles fading into a light background.  As there are multiple languages used in the film, English, German, and Slovak, this was a disappointment.  One of the biggest limitations of the film was narrowing the vantage point to this single family, like an isolated CAPTURING THE FRIEDMANS (2003) family in Germany.  Themes of historical guilt and shame are not really addressed in a universal sense, as white Americans brought African slaves to America and outlawed reading and learning, keeping many shackled, something most Americans tend to forget or have no interest in exploring, even black Americans.  Even a hundred years after our own Civil War and an Emancipation Proclamation, or monumental Supreme Court decisions, blacks continue to be housed and schooled in segregated urban ghettos while Native American Indians still live in decrepit conditions in economically starved, geographically isolated reservations.  Japan’s militarist expansionism in WWII and white South Africa’s Apartheid loom in the not so distant past, while North and South Korea, Vietnam, Serbia and Bosnia, African genocide in Rwanda, Sudan, or the Congo, all have shown an inability to face up to their own history.  Current torture and prison atrocities in Abu Ghraib and Guantánamo, or the government sanctioned practice of rendition continue to be widely ignored by an all too accepting American public, who may find it disturbing but do little to rebuff the maniacal power of our own President today, yet expected Germans to have ignored the fanatic racist popularism of Hitler’s Third Reich 70 years ago?  What this film shows is that denial anywhere in the world, even in the face of the truth, is a family institution that is passed down from generation to generation.
Posted by Robert Kennedy at 12:00 AM