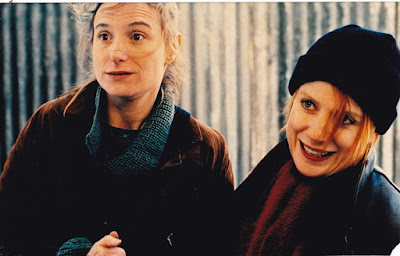 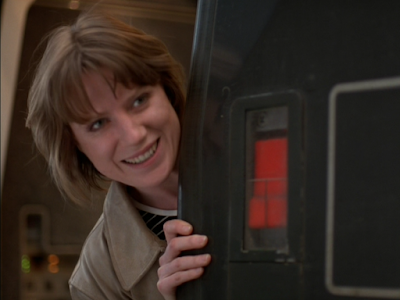 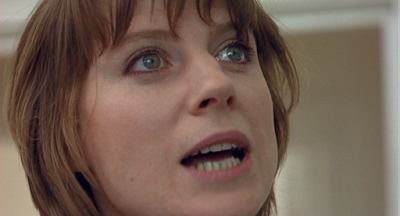 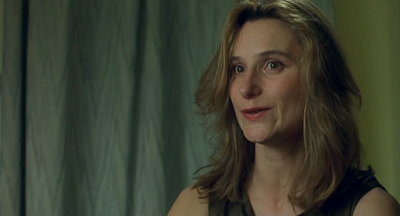 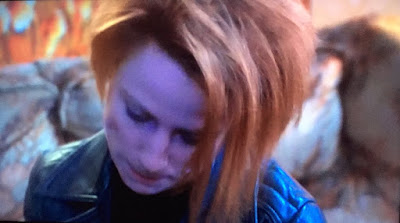 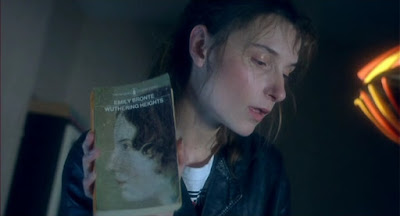 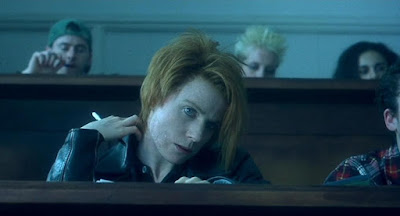 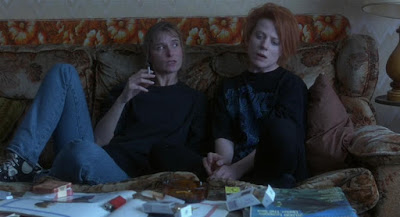 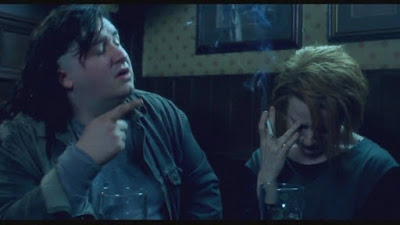 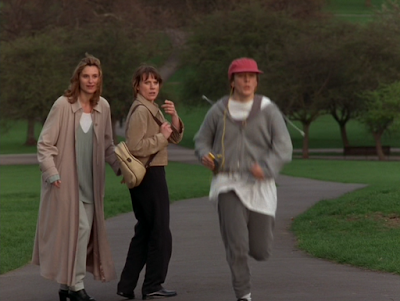 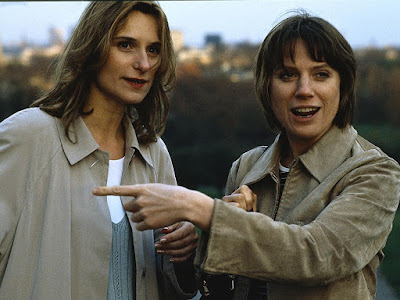 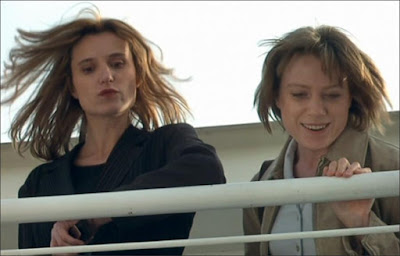 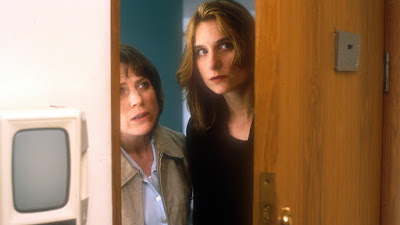 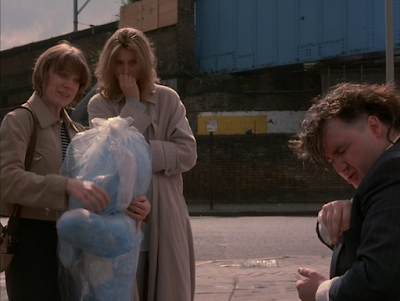 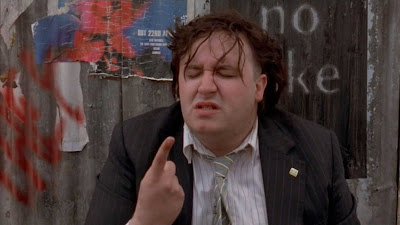 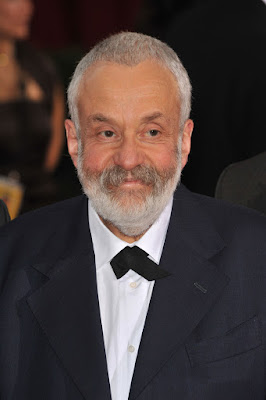 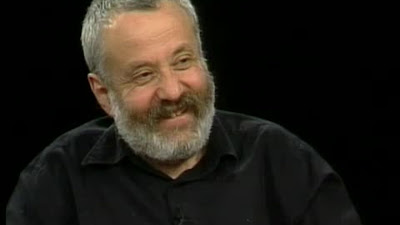 Less cynical than the usual Mike Leigh working class miserablism, but about as uncomfortable an experience as one can have at the movies, a character study of two flat-mates in college who meet again in London six years later, where repeated flashbacks are interwoven into the mix contrasting the past and present, but the physical and mental imperfections and peculiarities are on overdrive here, accentuating the grotesque with rashes and tics and signs of mental distress, this film puts viewers through the ringer, coming out the worse for wear, exhausted and likely disappointed, as this is a weirdly incomprehensible film about next to nothing.  Following the success of SECRETS AND LIES (1996), the Palme d’Or winning film from Cannes, having won Best Director earlier for NAKED (1993), both huge landmarks in the director’s career, but this couldn’t be a more deflating follow-up, receiving some of the worst reviews of his career, which is unfortunate, as it stars Katrin Cartlidge, such an appealing actress who regrettably died five years later at the age of 41, never achieving the success she deserved.  So the film is significant for that reason alone, and she offers a quirky performance, spilling out some terrific one-liners that get lost in the shuffle, but it can’t overcome the downward thrust of dysfunction that defines this film, filled with too many overly troubled characters who simply can’t express what they’re trying to say.  In this myriad of confusion, a friendship develops between the outrageous extrovert and overly sarcastic Hannah (Katrin Cartlidge) and the much shyer Annie (Lynda Steadman) in her high-pitched voice, where the film is largely seen through Annie’s viewpoint, opening when she is perceived as damaged goods among the walking wounded, but becomes more resilient over time.  The flashbacks to their earlier college days are troubling in their exaggerated attempts to prove emotional separation, shot in a bluish tint, where the earlier immaturity has a rougher edge, with the acting drawing attention to itself, perhaps flaunting its own artifice, making it difficult to be in the same room with them, as Annie has a skin condition on her face that she describes as dermatitis, never looking anyone in the eyes, looking down out of habit, as if to protect herself, but she’s subject to cruel jokes about her face, even from Hannah, making the quip, “You look like you just did a tango with a cheese grater,” leaving Annie in tears hiding in the bathroom afterwards.  Unfortunately, much of the rapidly spoken dialogue is drowned out and lost, where British films with thick accents often need subtitling.  Initially there are three roommates, including Claire (Kate Byers), but she’s pushed out the next year, yet there’s little viewer evidence that Hannah and Annie are closer friends.  Instead what we see are people coming and going with regularity, including the stuttering and mentally challenged Ricky Burton (Mark Benton), kicked out of his old residence, where it’s highly improbable he would be welcomed into the apartment with open arms, who says things like “I’m not an idiot.  I’m like an idiot savant, I just haven’t found my savant yet.”  One drunken evening, however, he blurts out his love for Annie, who spurns his advances, sending him reeling out the door in rejection and never returns, like a spurned lover in a romance novel.

The film is a departure from the social realism of Leigh’s other films, using a jazzy score written by Tony Remy and Marianne Jean-Baptiste, the gifted black actress from SECRETS AND LIES, which simply doesn’t fit the often gloomy trajectory of the film, which is an indicator of the film overall, as the more socially awkward and emotionally immature scenes of the past aren’t particularly reflective of student behavior, as there’s little interaction with other students and no mention of class assignments, instead there’s an overreliance on the youthful music of The Cure, which is never played loud, as students are inclined to do, but is instead used as background music.  There’s simply no explanation for why Hannah and Annie are such good friends now, as there wasn’t much of an emotional connection earlier, yet suddenly they’re more vulnerable and open with each other, free to discuss the intimate details of their lives.  None of this feels organically real, but feels forced together by the director, which is not representative of his other films.  Opening on a train and closing on the railway platform at King’s Cross Station, the film is a seemingly connected series of ephemeral moments, perhaps revealing the transitory nature of our lives and the intrinsic power of these seemingly random moments that shape our lives.  While their youth was spent drinking, smoking, and experimenting with sex, experiences filled with jagged edges, the present allows them to speak in more measured tones, becoming a picture of restraint and even a touch of conservatism, not so flippantly detached as before.  We learn both come from painful childhoods with absent Dads who left the family around the age of 8, but their responses are decidedly different, as Annie was left in tears, no longer remembering anything that came before, yet retains an empathy for others, even as she tends to remain in the background.  Hannah learned never to cry, to grow independent from an early age and take care of herself, using humor as a means to protect her inner sanctum, which is completely off limits to anyone else.  In college Hannah is sexually voracious while Annie is virginal, yet their friendship seems to thrive on eccentricities, such as being seduced by the same guy, Adrian (Joe Tucker), a self-centered stoner with a love for the ladies, but gets an attitude when somebody mentions commitment or responsibility, scornfully claiming, “Vagina.  Nice place.  Wouldn’t wanna live there.”  When recalling this experience in the present, Hannah confesses that she’s always admired Annie’s innocence, that the period in her life when they first met was the absolute worst for her, knowing she was on the edge and about to go under, closing herself off to others out of self-protection, but admired Annie’s ability to trust people, to remain open and still fall in love.  Annie, on the other hand, has always admired Hannah’s independent streak, viewing it as a strength, thinking she was too trusting, herself, growing sick and tired of people walking all over her and using her as a doormat.

Though Hannah is living in a beautiful apartment with giant windows overlooking a park (“Welcome to my humble abode”), Annie is duly impressed, her skin condition all cleared up, now able to look people in the eye, discovering Hannah is looking into real estate options, thinking it’s time to buy something of her own.  With that in mind, the two decide to visit a few high-end places together, getting some idea on how the other half lives, yet their playful style is comically revealing, where viewers aren’t sure if they’re serious or going through the motions, as they’re not really interested in buying, perhaps inventing a way to pass the time away, all in good fun, inheriting new personas where they are each playing caricatures of themselves.  In the first, a large apartment overlooking the river, shown to them by a flirtatious Andy Serkis in a robe, continually offering them drinks, as if trying to seduce them, where Hannah’s hilarious reaction is to suggest, “I suppose on a clear day you can see the class struggle from here,” eventually running out the door giggling for joy, leaving the poor sucker gasping for more.  This kind of inspired writing is easily overlooked in the film due to the theatrics of the characters involved, many of them suffering through ailments or abnormalities.  Their next home visit comes as a surprise, as the agent showing the house is a cleaned-up Adrian from their student days, dressed suspiciously conservative in wire rim glasses and a sport jacket, remembering only Annie, not Hannah, though a flashback shows them in bed together, eventually wandering into Annie’s room, obviously playing the field (with Hannah chiding him with derision, “This isn’t a bordello you know, you can’t just walk into any boudoir and choose a different bint!”), now revealingly with a wife and child.  These memories fade into the woodworks, their lives considerably different from what they imagined at the time.  Again, purely by chance, as they walk through a park a female runner jogs by, and it’s Claire, earplugs in, completely oblivious that they are standing there gaping at her, but not really liking her enough to even say hello, laughing about it afterwards.  Wondering what happened to Ricky, they find him sitting outside their old flat, as if he’s been there all along, now boarded up and condemned, along with the Chinese restaurant below, saying hello to him, as if waking him from a dream, but he’s boisterously rude and ill-mannered, more dysfunctional than ever, drowning in his own sorrows, screaming profanities at them, as if they’ve done him some terrible wrong that he’ll never forget, yelling at them to leave him alone, both powerless to help him, seen scrambling away afterwards and returning Annie to the train back home.  While these unexpected coincidental meetings feel strange and surreal, the film ultimately paints a portrait of two friends, both survivors of rough experiences, a couple of working girls for better or for worse, seen in the opening playing Ouija board word games with “Ms. Brontë, Ms. Brontë,” asking a mandatory question about their future, usually involving sex, while Hannah does a magic spell gesture above the book Wuthering Heights, turning to a page at random and mysteriously finding the answer, offering a copy of the book to Annie as a present when she leaves.  In our eyes, however, the film solidly provides a foundation where they will always be the combative and acid-tongued Hannah and the achingly vulnerable Annie.
Posted by Robert Kennedy at 12:01 AM