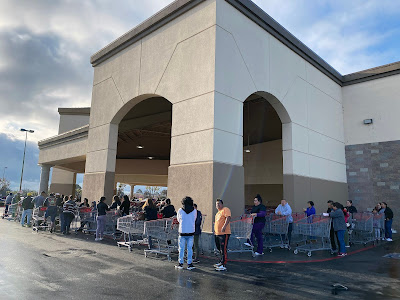 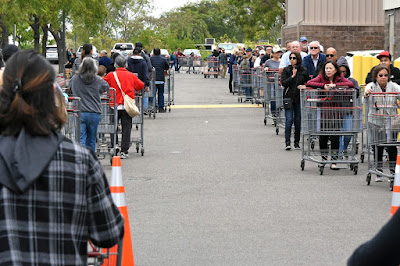 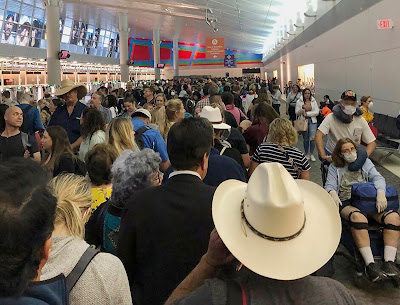 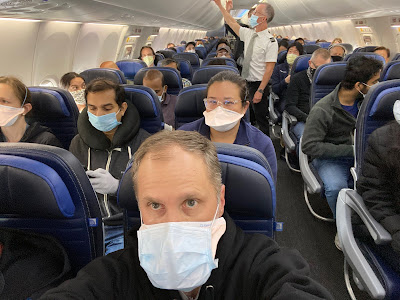 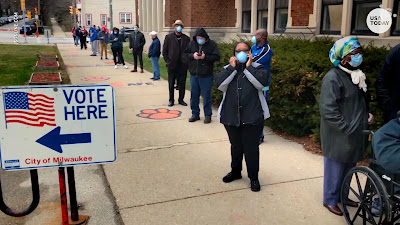 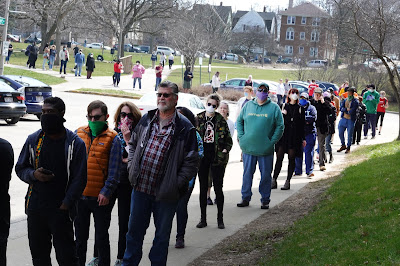 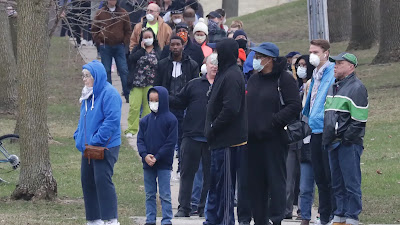 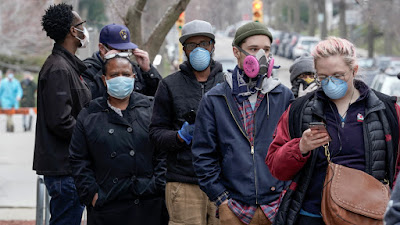 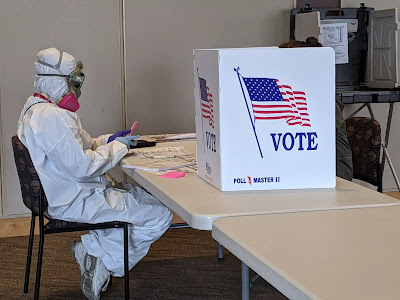 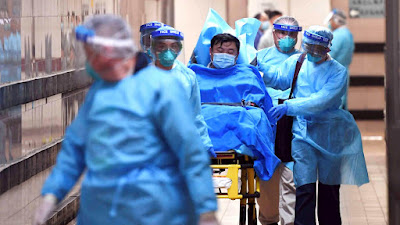 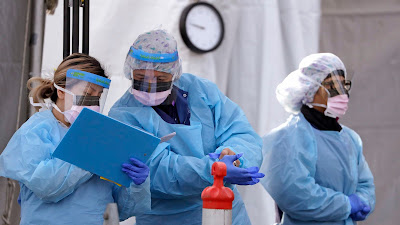 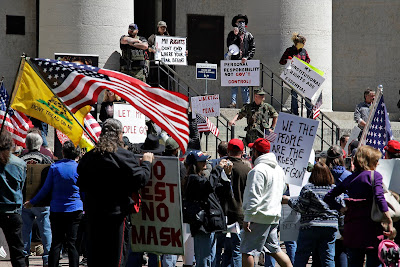 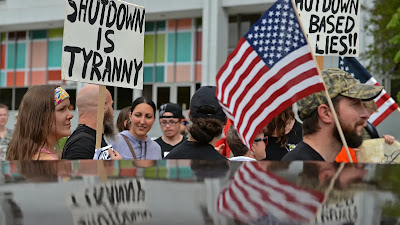 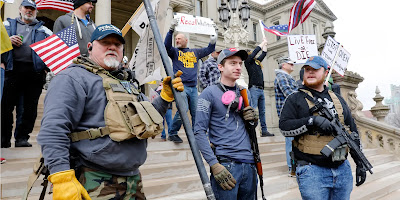 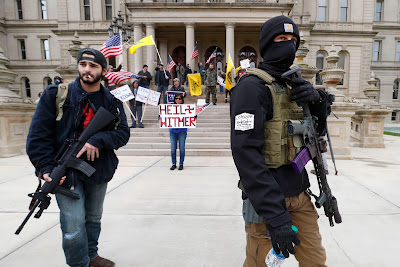 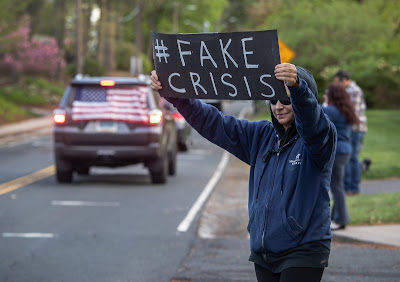 In the event people are unaware of the deadly influenza pandemic of 1918, this is a quick refresher course, obtained from the Weather Channel, of all places.

By comparison, according to:  https://www.worldometers.info/coronavirus/, more than 4.5 million have caught the coronavirus today (in just 4 or 5 months), with more than 300,000 deaths worldwide from Covid-19, and over 85,000 deaths in the U.S.

Compare that to these staggering numbers from 1918.

They are simply mindboggling.

The Pandemic that Killed 50 Million

In 1918, it is estimated that about 500 million people — or about one third of the world’s population — caught influenza, otherwise known at the time as the “Spanish Flu.”

It was the deadliest flu outbreak in recorded history, with between 50 million and 100 million people worldwide being killed. In the United States alone, 675,000 died and the average life expectancy fell by about 12 years between 1917 to 1918.

The virus spread quickly because of World War I, with soldiers in close quarters passing the disease to one another then traveling far and wide, spreading the disease throughout the world. There was no vaccine at the time to protect against infection (the first licensed flu vaccine didn’t appear in the US until the 1940s) and there was no antiviral medication to treat it once infected.

All that people could do to try to avoid catching the disease was wash their hands, isolate themselves, avoid public settings, and quarantine the already-sick. Citizens were also ordered to wear masks to try to slow the spread of the disease, and many schools, theaters and businesses shut down. In New York City, an ordinance was passed to fine or jail people that failed to cover their coughs.

The first wave of the 1918 pandemic hit in the spring and was considered relatively mild, but later that fall, a second, much deadlier wave hit. Some victims died within hours or days of developing symptoms. Hospitals became so overloaded with patients that schools, private homes, and other buildings had to be converted into makeshift, emergency substitutes. There was also a doctor shortage back home due to the war, so medical students sometimes stepped in to try to treat patients. In some places, so many people got sick that there weren’t enough farmers to harvest crops or enough workers to collect garbage and deliver the mail.

Today, according to the Centers for Disease Control (CDC), scientists now know that the 1918 influenza pandemic was caused by the H1N1 virus. While the epidemic did die down by the summer of 1919, that same H1N1 virus continued to come back seasonally for about 38 years, and, according to a study in Emerging Infectious Disease, all influenza A pandemics since 1918 have been caused by descendants (or mutated versions) of that same 1918 virus.

Mortality was high in people younger than 5 years old, 20-40 years old, and 65 years and older. The high mortality in healthy people, including those in the 20-40 year age group, was a unique feature of this pandemic. While the 1918 H1N1 virus has been synthesized and evaluated, the properties that made it so devastating are not well understood. With no vaccine to protect against influenza infection and no antibiotics to treat secondary bacterial infections that can be associated with influenza infections, control efforts worldwide were limited to non-pharmaceutical interventions such as isolation, quarantine, good personal hygiene, use of disinfectants, and limitations of public gatherings, which were applied unevenly.

There have been other flu pandemics since 1918, but none have been quite as deadly. This is partly due to the fact that there have been huge advancements in our understanding and treatment of the flu.

There is now a global influenza surveillance system that includes 114 countries. Seasonal flu vaccines are also available every year to help protect people from getting sick and there are antiviral drugs available for treatment. There are also antibiotics to help treat secondary infections, such as pneumonia.

Still, according to the World Health Organization, the seasonal flu still severely affects three to five million people a year and kills between 290,000 and 650,000 worldwide. That’s why it’s very important to get the vaccine every year and take other steps — like staying home from work when you’re sick — to help minimize the risk of spreading the disease to others.

From reading about 100 years ago, the first wave of the virus was bad, but not disastrous, where the similarities to today are eerily familiar, shutting down businesses, keeping people off the streets, restrictions on public gatherings, while the sick were quarantined, and they arrested people for coughing in public without covering up.

The mistake was made when they opened everything back up again prematurely, which allowed the second wave of the pandemic to spread in record numbers.

This historical tragedy from 100 years ago should be the headlines of all the papers across the country, and lead all the nightly news reports.
What’s the old saying - - Those who cannot learn from history are doomed to repeat it.
It’s a blueprint for how to stay safe, and also how to foolishly re-open the pandemic floodgates, putting everyone at even greater risk.

What follows are films viewed at home on television, a significantly inferior product than large-sized movie screens with Dolby sound systems.

Nonetheless, this will have to do until times change and theaters can re-open.

Many of these have been seen in theaters previously without having the chance to write about them, but most have not.
Significant in their own way, and somewhat historical due to the circumstances we all share, these are the Covid-19 Films.
Posted by Robert Kennedy at 12:00 AM

Email ThisBlogThis!Share to TwitterShare to FacebookShare to Pinterest
Labels: Covid-19