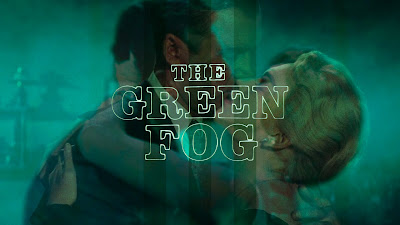 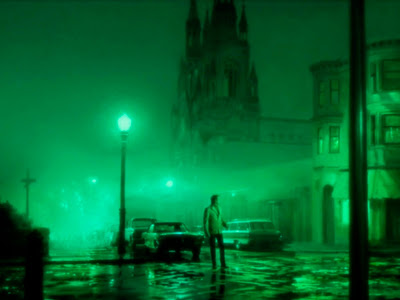 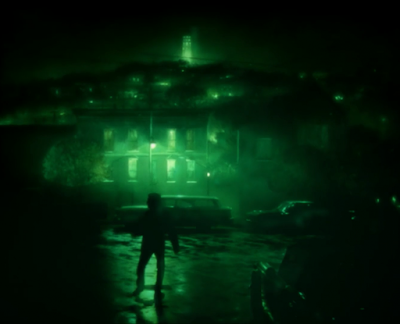 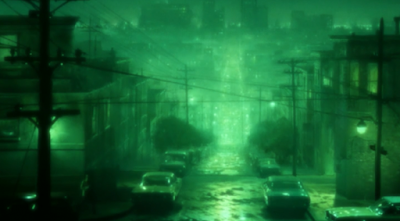 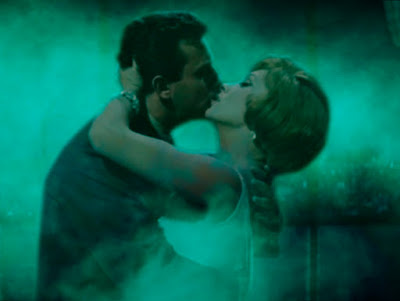 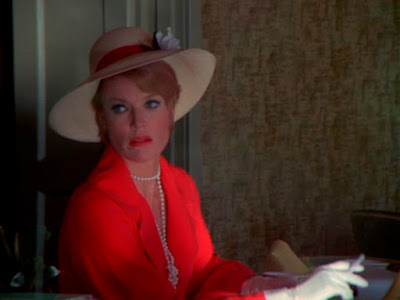 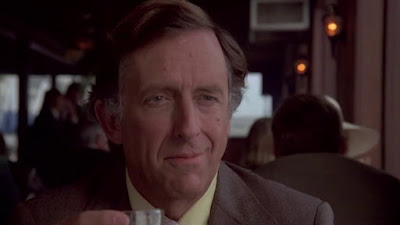 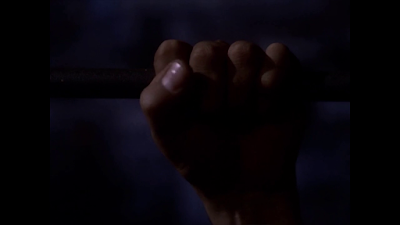 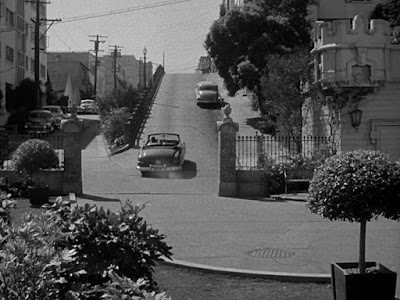 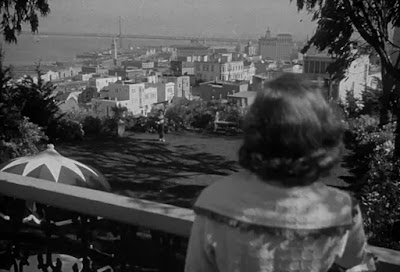 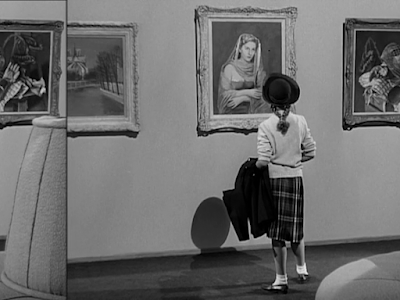 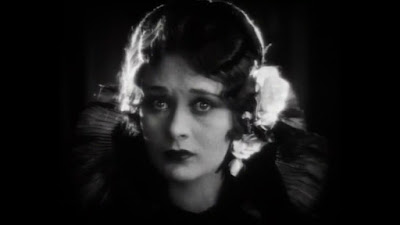 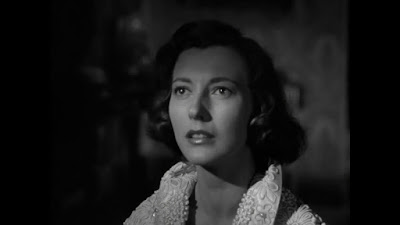 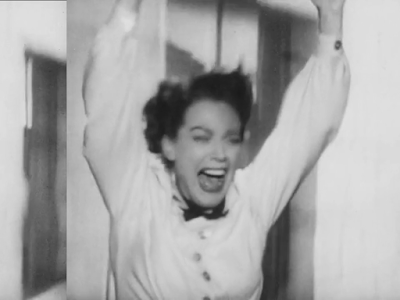 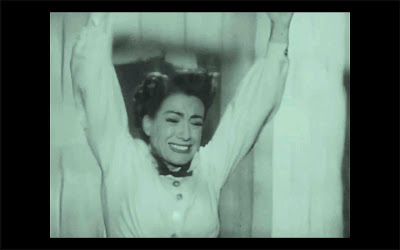 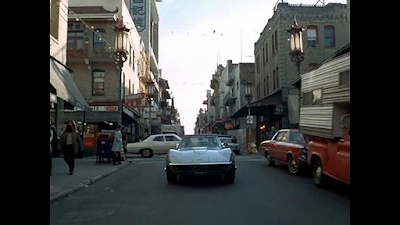 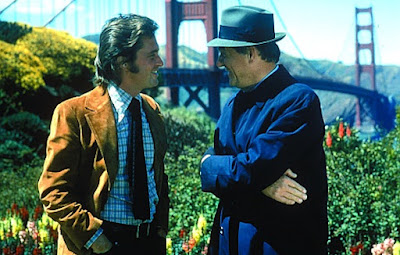 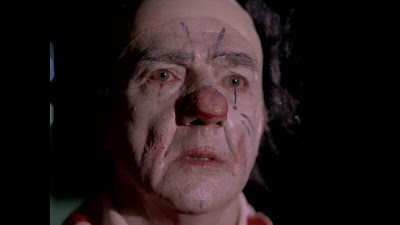 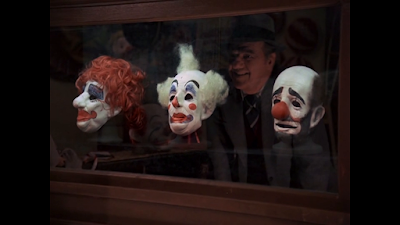 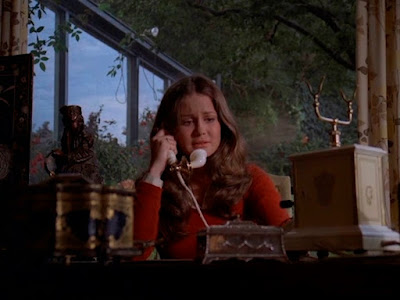 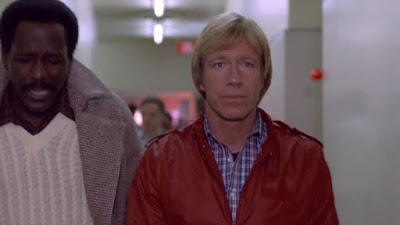 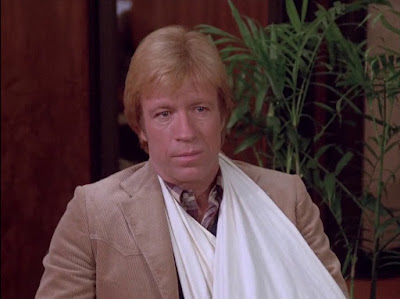 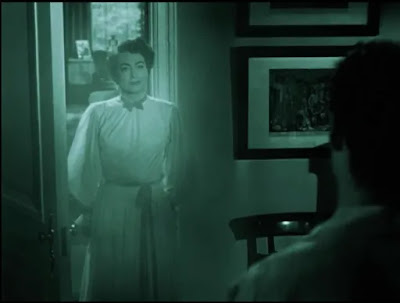 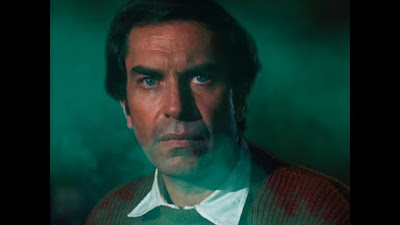 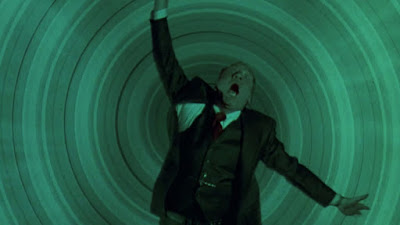 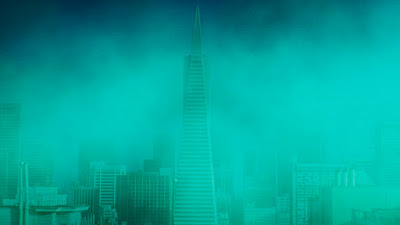 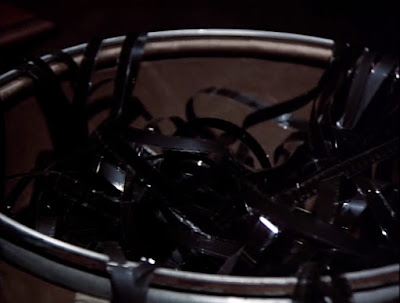 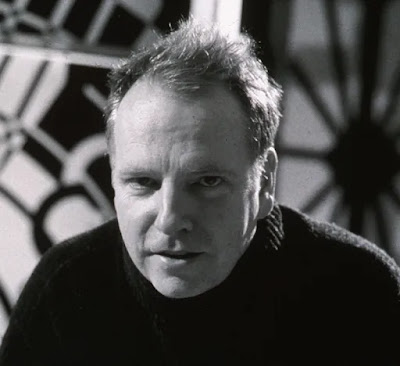 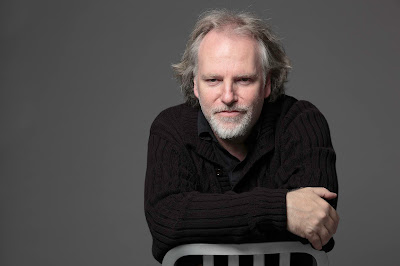 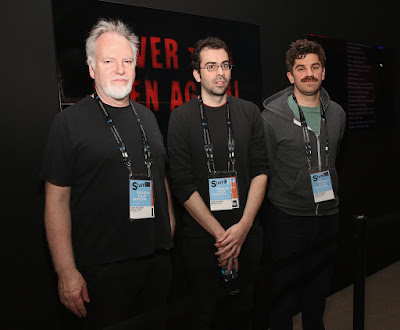 Like a master of the collage, Maddin and his directorial cohorts, brothers Evan and Galen Johnson, specialists in highly visualized production design and coloring effects, all worked together in his earlier film The Forbidden Room (2015), which itself feels like the resuscitation of a phantasmagorical dream from the cobwebs of time, like something that might appear after rubbing Aladdin’s magic lamp.  Ingeniously different, Maddin has always provided an imaginary, stream-of-conscious storyline that simply defies the work of other filmmakers, using a combination of German Expressionism as well as recreated scenes from lost Silent era footage, and while it may seem largely plotless and strangely incomprehensible, as if submerged in Freudian symbols and dream vocabulary, the experience itself simply boggles the mind, as it’s rare to find a filmmaker so uniquely different from the rest.  Nonetheless, his films are difficult and extremely challenging, hard to make sense of, often mystifying, where it’s easy to get lost and confused along the way.  Maddin offers no shortcuts or lifejackets for the coming storm of disorientation, as viewers will be knocked out of their comfort zone, with Maddin becoming more experimental in recent years, where his films resemble video installations, where the power of just a few minutes is bewilderingly complex, where the brain can only sustain that level of intensity for a few short minutes, quickly reaching overload or a saturation point, yet plenty more follows.  Not nearly as artistically dense and beautiful as his previous film, where every frame was a compositional highlight, this is something else altogether, reminiscent of Woody Allen’s early foray into cinema with WHAT’S UP, TIGER LILY (1966), taking existing footage, but re-arranging it into a different order, changing the original intent, and turning it into something completely different.  While Allen did it for sight gags and cheap laughs, delving into the B-movie paradox of low-grade entertainment, Maddin comprises a near wordless film homage to San Francisco, creating a playful montage assembled from 98 archival films and 3 TV shows shot in the Bay area (even music videos), set to the anxiety-ridden music of composer Jacob Garchik and Kronos Quartet, loosely modelled after Hitchcock’s Vertigo (1958), having the feel of an echo effect, with ruminations and reverberations bouncing off the original source material, with no original footage shot at all, turning this into a massive editing exercise that has the feel of inventing a visual game surrounding a single film, turning Where’s Waldo into Where’s Vertigo?  According to Maddin (in Vertigo Redux), “Rather than a slavish remake, our approach was that wherever possible we would withhold what Hitchcock shows and show what Hitchcock withholds.  It was a way of presenting the same trajectory but by constantly switching the point of view, by as much as 180 degrees.”

Maddin’s film is the polar opposite of Thomas Andersen’s Los Angeles Plays Itself (2003), another collage film, using clips from more than two hundred movies portraying the city of Los Angeles, with an accompanying essay narration, where Andersen offers a critical analysis of how the city of Los Angeles has been mythologized by the movie industry, asking viewers to dispel the illusions and see beyond the mirage, hoping to restore the city’s image by discovering new underlying realities that actually exist within the city limits.  Rather than scrutinize material in the quest for an underlying truth, Maddin is adding to the alluring mythology of a city, offering no commentary whatsoever, no actual storyline, no dramatic arc, instead plunging viewers into an experimental abyss of bewildering cinematic innovation, like entering a no man’s land of unwritten rules and guidelines, where pretty much anything goes, yet clinging to the *underlying ideas* behind Hitchcock’s film, revealing a choreographed ballet of halting and incomplete conversations, cutting out the spoken words, leaving an abbreviated language of contorted eyebrows and facial expressions, near wordless throughout, with only occasional, seemingly inexplicable utterances spoken out loud.  The words themselves offer little clue to what viewers are experiencing, with Rock Hudson appearing in a Prologue sequence from the 1970’s TV series McMillan & Wife intently looking at a TV screen at gunpoint while a mysterious green aura invades San Francisco, literally immersing the city under a green fog, reminiscent of John Carpenter’s THE FOG (1980), which uses striking California oceanfront locations just north of San Francisco at Inverness and Pt. Reyes, with the fog taking on near-human characteristics before evolving into a title page, Chapter 1, “Weekend at Ernie’s,” which happens to be a local restaurant of some repute (now closed) visited several times by Scotty (James Stewart) in Vertigo.  Following only the barest outline of the Hitchcock film, with Rock Hudson apparently reprising Scotty’s role here, as do a host of others, Maddin playfully mirrors many of the sequences (and the mindset), using only one infamous scene from the Hitchcock film, Scotty climbing a steep outside building wall ladder leading to the rooftop, exaggerating the effects by showing multiple rooftop and car chase sequences from a myriad of different movies, punctuated by the rising and falling inflections from the dissonant musical score, which bears little resemblance to Bernard Herrmann.  By the time they make their way into the restaurant, these incoherent facial expressions are suddenly in play, standing in for edited-out conversations, revealing oddly melodramatic poses, but to what end?

With endless street scenes and various glimpses of cathedrals, it’s as if the Hitchcock references are subliminally placed throughout the film, abstract to the point of being incoherent, where a knowledge of the film would be required to understand their significance, and even familiarity does little to help mitigate how easily one becomes disoriented in this film, where it’s hard to find recognizable road signs along the way, especially with Rock Hudson reviewing surveillance tape, while others are seen eavesdropping as well, building multiple side plots that get lost in the shuffle, including Michael Douglas as a sidekick cop in the 70’s TV series The Streets of San Francisco making a snide comment about the naked backside of his own appearance in BASIC INSTINCT (1992) morphing into an animated drawing of the human anatomy, “Boy, you look good Mike,” suggesting that guy’s got a shot in show business.  His partner Karl Malden assumes the Scotty role, making his presence felt throughout the city, popping up everywhere, as does Dean Martin, while Anthony Franciosa playing opposite Gina Lollobrigida momentarily reprises the Scotty and Kim Novak pairing, where even Doris Day has her Novak lookalike moment.  The interest wanes a bit when the super bland Chuck Norris enters the picture, where one’s roving eye is much more interested in Richard Roundtree from SHAFT (1971) as the sidekick, one of the few characters of color to appear, making his appearance that much more intriguing.  Suffice it to say, one would never describe Norris as a decent actor, largely overshadowed by Bruce Lee who annihilated him in THE WAY OF THE DRAGON (1972), so his presence here, never showing even an ounce of emotion, is instantly forgotten.  There are recognizable faces everywhere, including appearances by Joseph Cotton, Faye Dunaway, Vincent Price, John Saxon, Glenn Close, and even Joan Crawford, not to mention Virginia Gray, appearing in older and much younger versions of herself, mirroring the double role of Kim Novak.  While the second part is entitled “Catatonia,” the movie turns into a special effects picture, doing a variation of the disaster genre, including monsters from the ocean, a gargantuan earthquake, a fire consuming the city, all wreaking havoc, leading to the classic image of an alien-infected Donald Sutherland making an infamous appearance in the sci-fi remake of INVASION OF THE BODY SNATCHERS (1978), but curiously the heart of the film seems fueled by Vertigo, commissioned by the San Francisco Film Festival celebrating their 60th anniversary, the film premiered in 2017 under the working title, The Green Fog — A San Francisco Fantasia.  Something of a love letter to the city, inspired by the great city symphony films like Walther Ruttmann’s BERLIN: SYMPHONY OF A GREAT CITY (1927), Vertov’s MAN WITH A MOVIE CAMERA (1929), or Jean Vigo’s short film À PROPOS DE NICE (1930), Two Jean Vigo shorts, it may be largely incoherent to some, particularly those unfamiliar with all these earlier movie and TV references, and while not nearly as majestically artful as some of his other works, it’s a playful exercise in cinematic scholarship.
Posted by Robert Kennedy at 12:05 AM