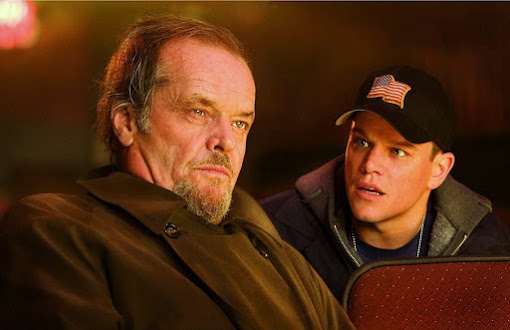 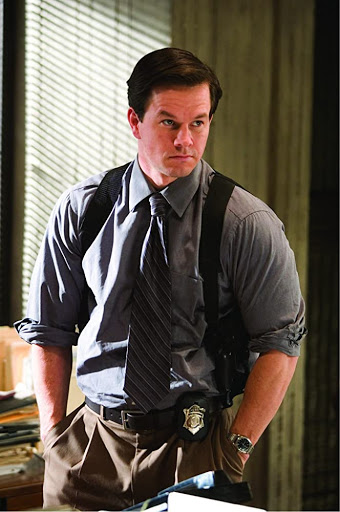 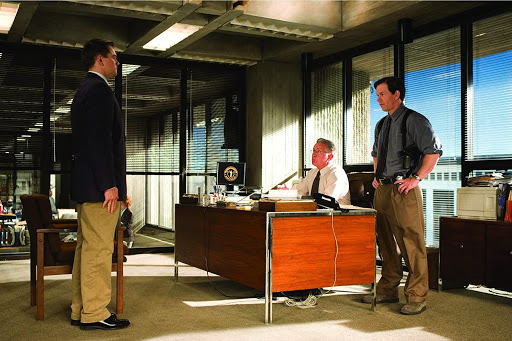 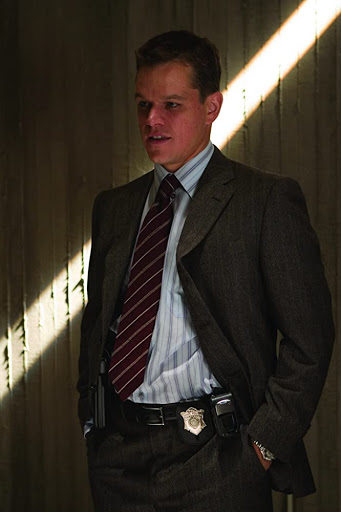 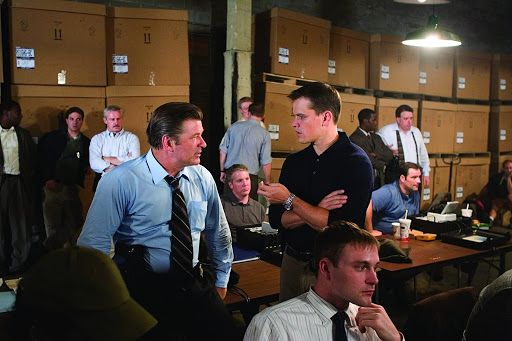 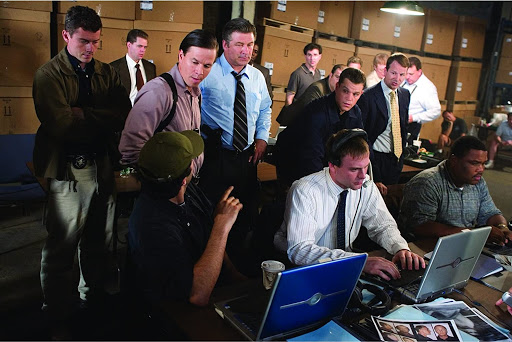 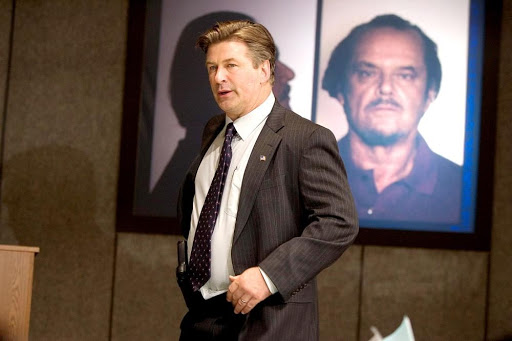 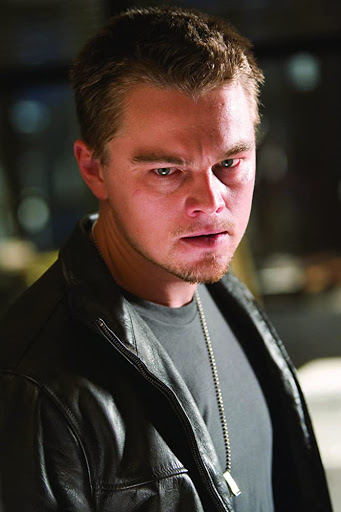 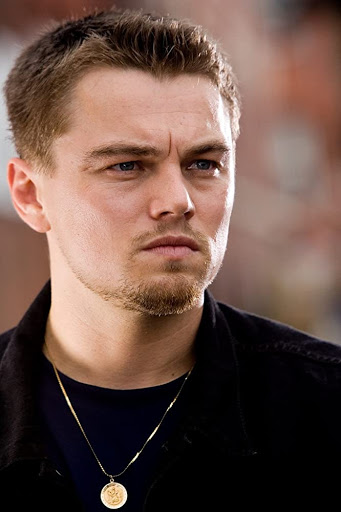 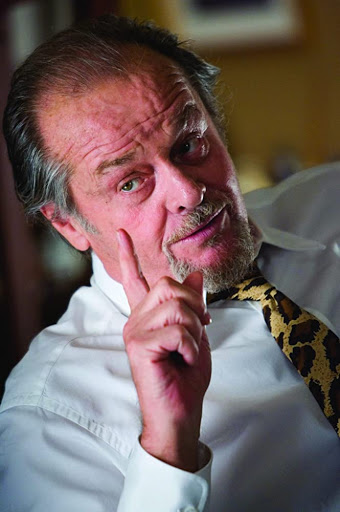 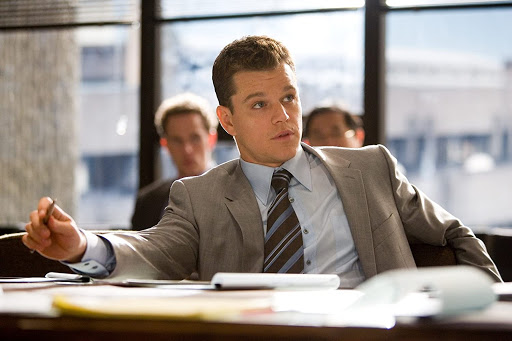 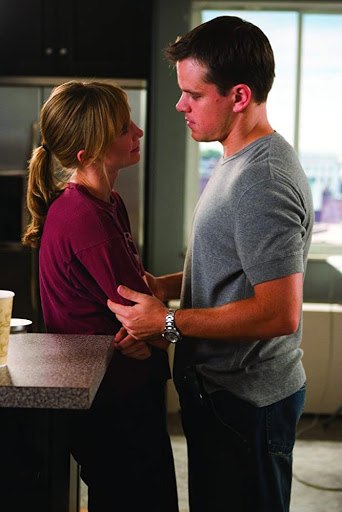 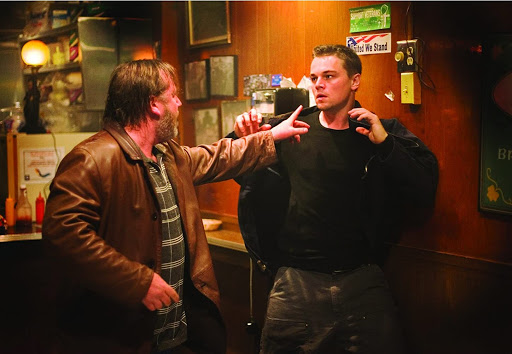 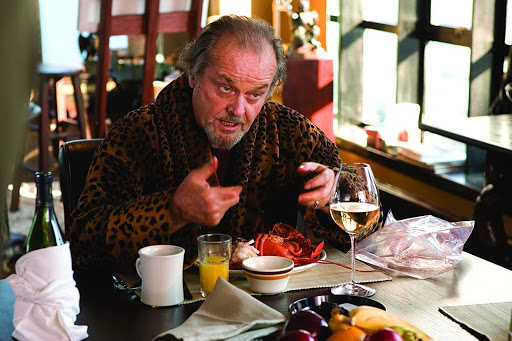 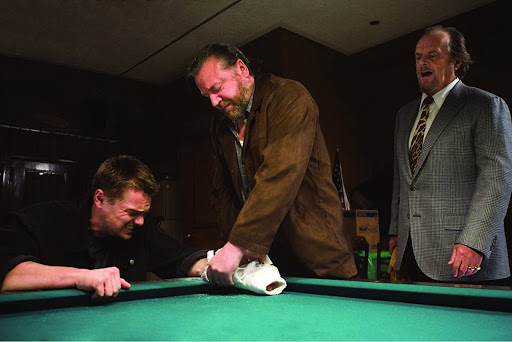 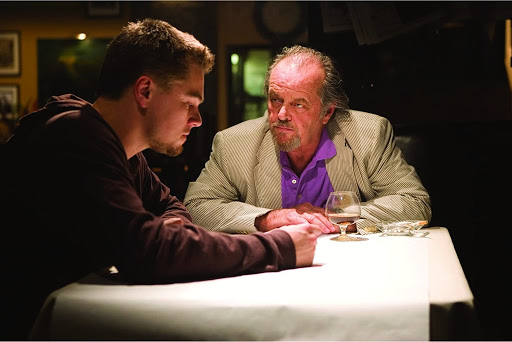 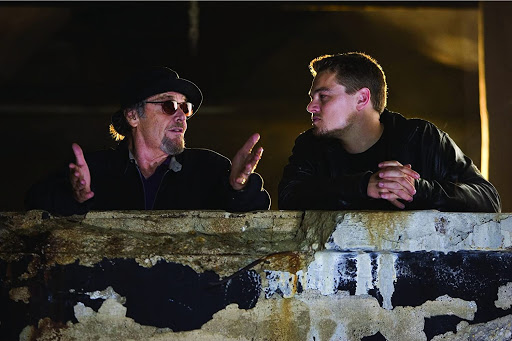 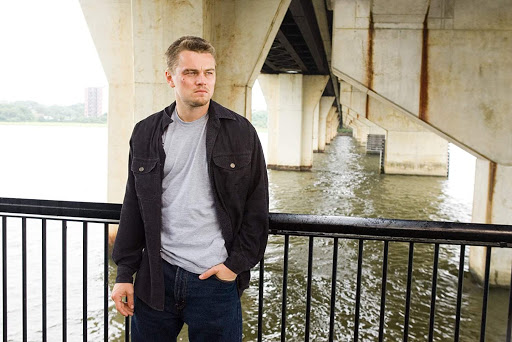 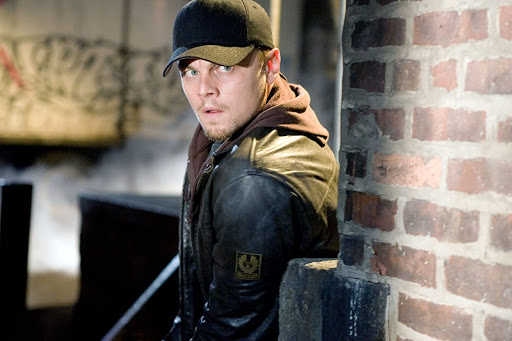 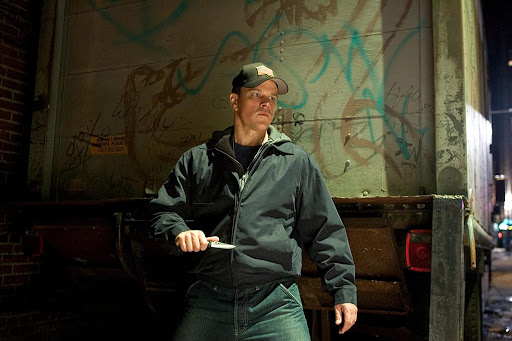 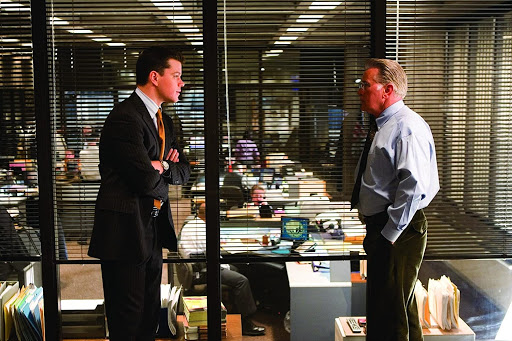 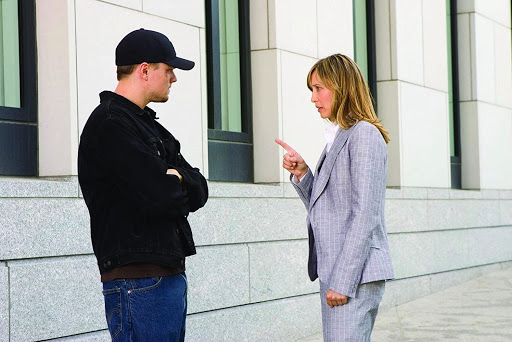 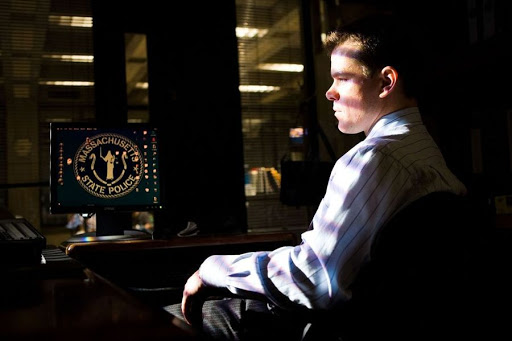 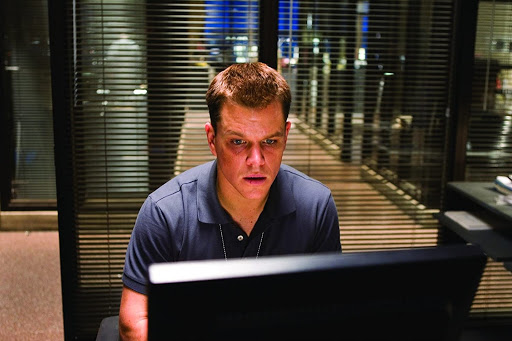 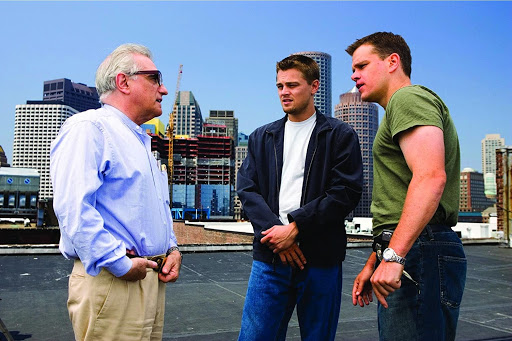 No one lives and breathes movies like Martin Scorsese, with this testosterone-laden picture winning Academy Awards for Best Picture, Best Director (his first win after six losses and 35-years in the business, many believing it was a correction of former mistakes), Best Adapted Screenplay, and Best Editing, as not since Goodfellas (1990) has the pure use of language and particularly profanity in a film risen to such singular heights, becoming the most humorously provocative aspect of the film, written by William Monahan, combining the personas of cops and criminals into one stir fry mix, and they both come out sounding the same, which is a neverending discourse on politically incorrect use of slang distinctively designed to immediately offend and as quickly as possible disarm or render powerless every racial group.  Mark Wahlberg, especially, fresh from INVINCIBLE (2006), his Disney film as the PG bartender turned professional football player, plays a brash cop who protects the identities in his Undercover Division, making the most out of every second onscreen with his extraordinary delivery of machismo trash talk, who actually needs to be toned down by the more polished and understated Alec Baldwin, whose presence immediately conjures up images from South Park writer’s TEAM AMERICA: WORLD POLICE (2004).  Jack Nicholson and Ray Winstone are an interesting sadistic pairing, the crime boss and his heavy, while the same can be said for Leonardo DiCaprio and Matt Damon, two informer cops on the force, each secretly answering to a higher power, one on the inside and one on the outside, who miraculously come together through a police shrink who sleeps with both of them, Vera Farmiga, without ever knowing it.  An accomplished remake of Andrew Lau and Alan Mak’s INTERNAL AFFAIRS TRILOGY (2002-03), coming out of a Hong Kong New Wave that was itself heavily influenced by Scorsese, as John Woo dedicated THE KILLER (1989) to him while Wong Kar-wai modeled his first feature, AS TEARS GO BY (1988), after Mean Streets (1973), yet this is set in the Irish sector of South Boston, where by the end, you need a scorecard to keep tabs on who’s informing on who, a film that starts out like gangbusters, filled with humor and a free-wheeling energy, but it sadly fizzles out a bit by the end when it’s time to settle the score, but the body count is so heavy you may not notice.

With wall-to-wall rock music, most adeptly chosen by Robbie Robertson of The Band, the opening is quintessential Scorsese, with the use of the Rolling Stone’s “Gimme Shelter,” The Departed Opening (HD) - Jack Nicholson Monologue ... YouTube (1:26), with exquisite use of the ‘Scope camera by one-time Fassbinder cinematographer Michael Ballhaus, hard to believe it’s the same man who shot THE BITTER TEARS OF PETRA VON KANT (1972), and by the sheer ferocity of power coming off the screen, also making scintillating use of the Dropkick Murphys song “I’m Shipping Up to Boston,” Im Shipping up to Boston full scene in The Departed - HQ ... YouTube (2:23), while also featuring a Van Morrison vocal from the Pink Floyd song “Comfortably Numb” during a sex scene, The Departed - YouTube (3:13).  Side by side, we get a highly complex internalized glimpse of both the police force and a crime boss’s operations, how they use one another for information and try to outthink the other by using their guys.  It gets pretty tricky having to sort out the jumbled mix of information which needs to be acted upon immediately, where lives are at stake, but it becomes pretty clear the risks are enormous and puts a huge psychological drain on the informants, who continuously appear dangerously close to exposure.  This is not for the faint of heart and remains gripping throughout, keeping us on the edge of our seats until it all falls apart at the end, much like the INTERNAL AFFAIRS series, which turns into a bloody massacre of mayhem where you can’t tell the good guys from the bad, as dead they’re all one and the same.  And that’s the problem here as well, as it becomes overly simplistic considering the build up of an exemplary darkened world that Scorsese has taken great care to embellish, probing rapidly shifting themes of identity, trust, betrayal, and deception, where even in this murky Macbethian atmosphere of paranoiac revenge where everyone has blood on their hands, it defies belief that when top officers are killed, no one within the department is held accountable.  In the aftermath the film doesn’t even address what the department does, other than bury its dead with honors, suggesting it’s completely irrelevant, focusing instead on the stunning wreckage from a few high powered individuals, both cops and criminals, who administer their own brand of street justice, which is without paperwork, served up man to man.

It’s astonishing how much operations manpower is placed behind this informant information, considering the degree of difficulty and risk needed to get it, which leads to its highly questionable accuracy.  The film raises the question about similar information utilized by the highest intelligence gathering sources in the land, the special forces operatives in Iraq or Afghanistan, who are responsible for sending missiles into the homes of third world families suspecting terrorists are inside, sometimes resulting in a high death toll of innocents due to mistaken intelligence, largely from the word of a single informant who may be playing one side against the other.  Despite its brutality, the film is surprisingly humorous throughout, right down to the very last shot.  Interesting as well that Scorsese threw nuns and priests into this mix, begging the question, just who can you trust anymore when every professional entity protects its own with cover ups and lies?  What’s left to believe?  Is it safe?  Roughly half the film’s budget went to paying salaries, where Matt Damon is a pathological liar adept at self-preservation, mentored by Nicholson, a lifelong criminal, both loosely based on famous gangster Whitey Bulger and his childhood pal John Connolly who would grow up to become a corrupt FBI Agent, Leonardo DiCaprio describes his own character as a “constant 24-hour panic attack,” constantly downing anti-anxiety medicine, while Mark Wahlberg running the undercover operation is easily the freshest face in the bunch, nominated for an Academy Award with the least amount of screen time simply for his ferocious and hilarious use of profanity, as the “f” word, and its derivatives, are used two hundred thirty-eight times.  One of the few Scorsese films set in the present, very few films capture the amorality of police culture running amok quite like this one, where the line between moral authority and criminality is thin, frequently crossed, and usually covered up, mirroring the mentality of Matt Damon, worried only about self-preservation, as it’s a culture that protects its own at the expense of the public that it’s sworn to serve and protect.  The only remake of a foreign film to win an Academy Award for Best Picture, it’s a thoroughly entertaining tour de force, where Wahlberg’s psychological undressing of new police recruit DiCaprio is easily the best thing in the film, a blistering profanity-filled exposé of his family’s criminal history, yet even with that realization they find a place for him within the police force, but only through a crushing ostracization that turns him into an outcast, making him feel subhuman, like an alien in an alien world, revealing precisely how dehumanization defines police culture.

Still contemporary and more relevant than ever following the needless police murder of George Floyd, when a white police officer kept a knee upon his neck for nearly 8-minutes, showing no resistance, already handcuffed and lying on the ground, even after yelling “I can’t breathe,” where the last 3-minutes are entirely still and motionless, resembling a public lynching (with 5 other men across the country shot and killed by police that same day!), causing global outrage, leading to weeks and perhaps months of unending protest against police brutality, particularly against people of color, who are stereotyped, dehumanized, brutally manhandled, and treated vastly differently than whites, suggesting a white supremacist carryover mentality since the era of slavery and a gross manipulation of the U.S. Patriot Act signed immediately after 9/11 to counter the impending threat of terrorism, now routinely targeting blacks as terrorists, where police in America have not gone more than two days without fatally shooting someone since 2015, so it may not be enough to reform such a closed and protected system that is so deeply unaccountable to the public it allegedly serves.
Posted by Robert Kennedy at 12:00 AM