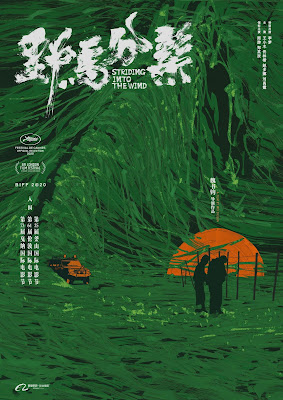 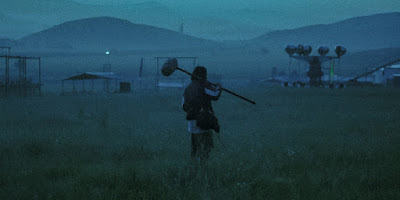 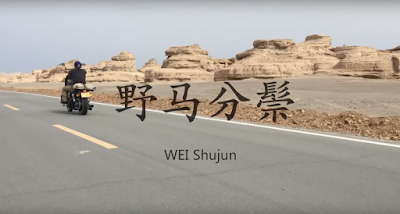 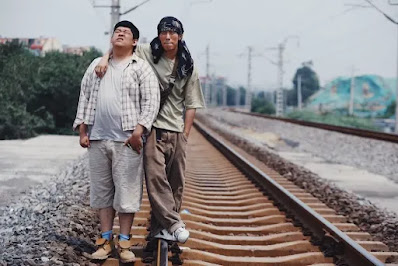 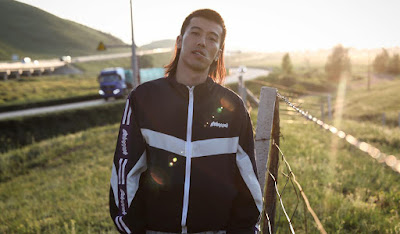 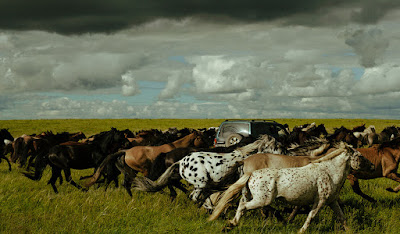 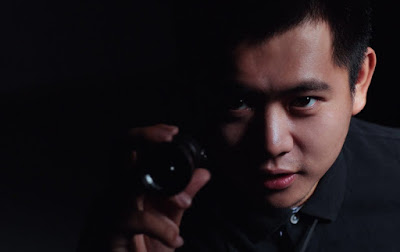 One might think this is a stab at portraying the hopeless dreams of misguided youth, yet simply put, it’s a rambling, incoherent mess, a sardonic slacker satire suggesting the Farrelly Brothers’ DUMB AND DUMBER (1994) has finally made its way to China, featuring a couple of imbecile Beijing college students, our hero Kun (Zhou You) and his chubby incoherent sidekick Tong (Tong Lin Kai), both film students who are attempting to master the art of holding the sound boom, as it’s the easiest job they could find on a film set.  With few redeeming features, it would not be unfair to describe this as one long, exaggerated experiment gone wrong, where its inclusion on the festival circuit is puzzling.  Maker of the 15-minute short film ON THE BORDER (2018), which was awarded a Special Jury Distinction prize in the short film competition at Cannes, this is not really a comedy, not really a feature, and it’s certainly outside the norms of traditional Chinese filmmaking, or any other nation, for that matter, where this may stand out by being decidedly different, reflecting a rebellious outsider streak, but what’s sad is how the mocking attempt at satire only makes clear just how dysfunctional things are both on the movie set, yet it’s an equally painful expression of a hollow society at large, offering little hope for the future.  Part of the difficulty of the film is trying to make any sense out of it, as any attempt at narrative just seems missing, feeling instead like a collection of random occurrences, where these two screw-ups just don’t fit in anywhere, selling stolen test exams on the side, and are largely rejected by society as a whole, offering no real reason why anyone would want to pay attention to them, much less feature them in a movie.  This is the kind of film where, as a viewer, you’re fighting the urge to simply walk out or shut it off, because honestly, this is one prolonged headache that is mind-numbingly dull, feeling like a complete waste of time.  Having stuck through it, there is really nothing to be gained, as those are simply two hours of your life that you’ll never get back.  The film is as aimless as the featured character himself, likely a self-portrait, where even the coherence of these briefly written paragraphs are in stark contrast with the nebulous style of the movie.

While this may be an attempt at hipsterism, like a couple of numbskulls appearing in a Kaurismäki movie, but it lacks the wit and dry humor that endears one to that director, where one continually questions the thought behind this project, as it may simply be one long, rambling autobiographical vanity project, like checking off the boxes of things that might have happened in his life, as if adhering to notes scribbled in a diary, but he utterly fails to string them together in any coherent fashion that would provide sense or meaning for others.  Kun, strangely enough, is the son of a policeman, yet he’s something of a misfit that defies authority, seen early on failing his driving test in his quest for a driver’s license, making a scene, exiting hopping mad even before the test is over, seen running away, leaving no doubt as to the results.  Nonetheless, the first thing he does afterwards is go shopping for a car, the cheapest option possible, which turns out to be a broken-down ’97 Jeep Cherokee that offers possibilities, with the salesman recognizing a free spirit, promising a purchase would not only guarantee access to the open road, but “You’ll have a fabulous life too.”  Dreaming of driving to Inner Mongolia (just under 800 miles from Beijing), this is just what the doctor ordered, so long as they don’t get stopped by the police, which of course, plagues him for as long as he owns the vehicle.  In his final year of studying sound recording with his goofy boom operator buddy Tong, they get called out in class for ignoring the professor and conducting their own nonstop conversation throughout his lecture, mostly spent tipping nude cam girls on their phones, forcing them to have to repeat the course with the same professor next term, yet both have also signed on to work on a student graduation film by the arrogant and overly pretentious Ming (Wang Xiaomu), invoking the names of Wong Kar-wai, Hou Hsiao-hsien, and Hong Sang-soo in every self-congratulatory shot, using that as an excuse not to write a script, evoking empty expressions, like ”The film will become alive on its own, once the camera rolls,” proclaiming it’s all about the “spirit of the grasslands,” featuring a Mongolian actress in a rambling work supposedly set in the Mongolian grasslands, shot entirely in Beijing, of course, but Kun dreams of making that long and arduous trek in his Jeep.

Initially Kun is seen having a girlfriend, Zhi (Zheng Yingchen), a cute but fiery hostess working hospitality events, but she quickly loses patience with his colossally poor judgment, tired of hearing his broken promises, realizing his irresponsibility will never amount to anything, dumping him on the spot even before viewers understand their connection in the first place.  Perhaps most inexplicable, they meet a construction boss with dreams of becoming a rapper, calling himself High$eas, developing concept albums with galactic implications, where these two fools can’t even give away the promotional CD’s to students and end up using them for target practice along an isolated stretch of train tracks.  These guys just refuse to embrace the idea of work, and avoid it as much as possible, yet spend all their time trying to devise ways to make money, but are inevitably stymied by an overly restrictive society implementing authoritarian rules.  Living on the fringe, outside all laws, his only options are black market scam operations, like obtaining a fake driver’s license and then driving that Jeep just about everywhere, where he’s practically living in it, but it’s always breaking down, subject to endless repairs that continually drain them of money, taking Kun’s dreams along with it, while Tong’s startling revelation is paying all that money for four years at college just to learn how to press two buttons.  The exotic celebratory banquet after the film shoot is garishly opulent and excessive, spending money they don’t have, all meant to represent some grandiose success story that doesn’t exist.  Kun’s irreverence takes him off the beaten path but leads him nowhere, as his car breaks down, he gets arrested, and sent to a detention center where his father has to make things right.  He even has to sell his beloved Jeep for next to nothing, evaporating his elusive dreams of freedom on the road.  On the cab ride back, the radio plays the latest sensation, none other than High$eas, which feels ironically fitting, with all his dreams now up in smoke, where we’re left somewhere lost in his imagination, with final images of wild horses running free on the vast emptiness of the Mongolian plains, a symbol of infinite freedom, but blink and there’s nothing there.  Inexplicably, this film ends on a sublime grace note, with the same Bach piano chorale played at the end of Pawlikowski’s 2014 Top Ten List #2 Ida, though it’s not Alfred Brendel playing, BWV639 'Ich ruf zu dir, Herr Jesu Christ' Brendel 1976 (3:39), feeling utterly out of place with the chaos that preceded it.