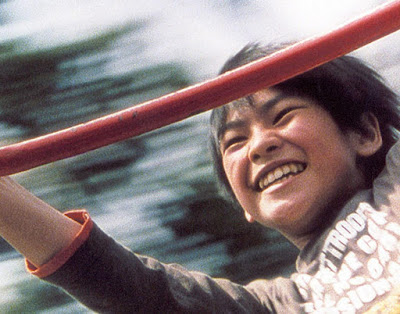 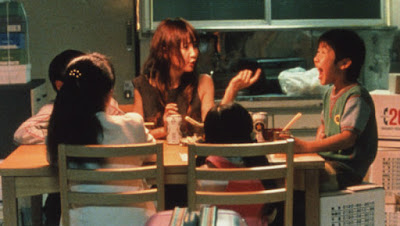 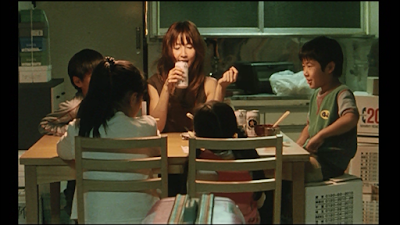 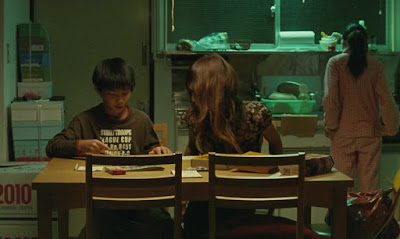 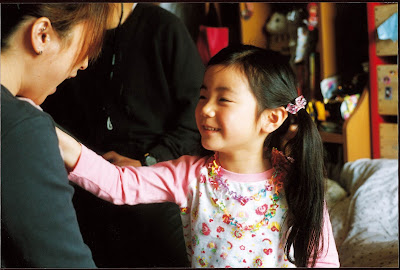 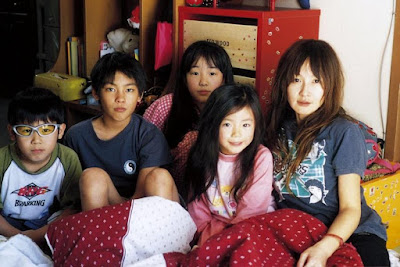 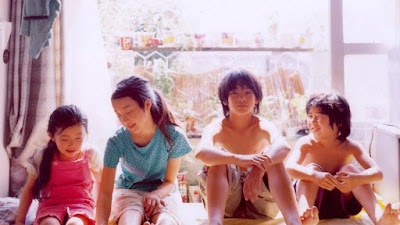 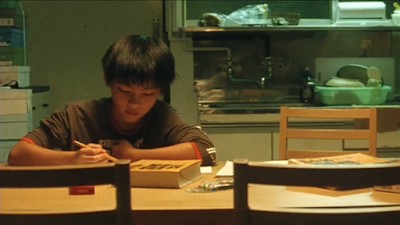 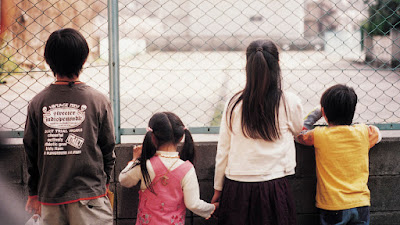 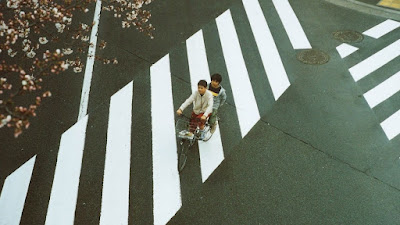 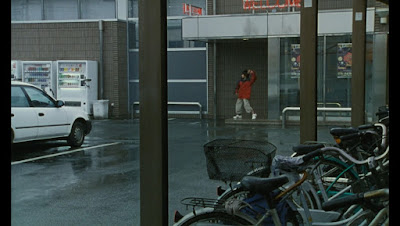 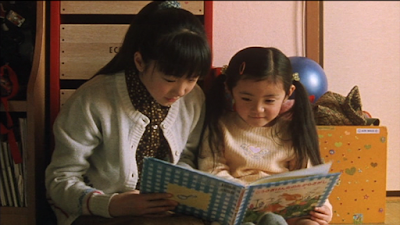 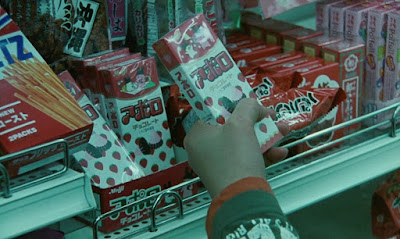 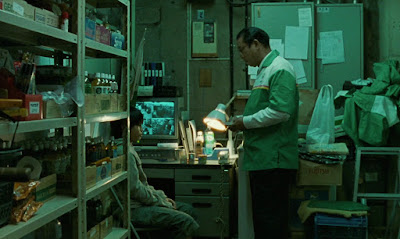 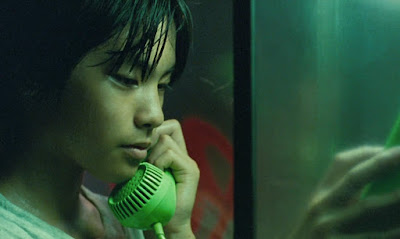 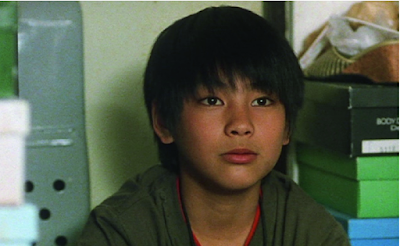 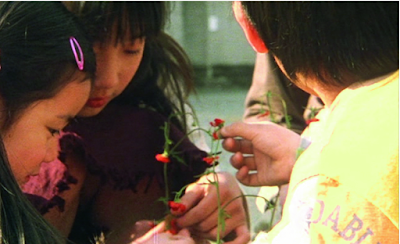 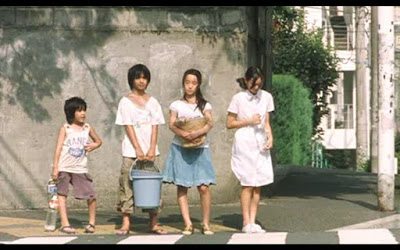 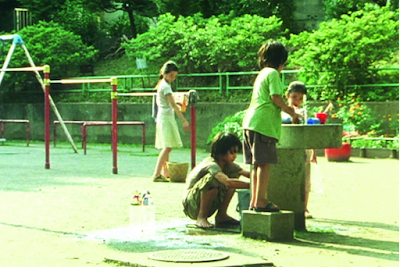 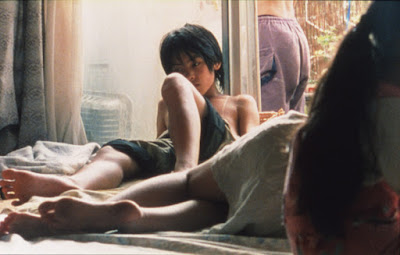 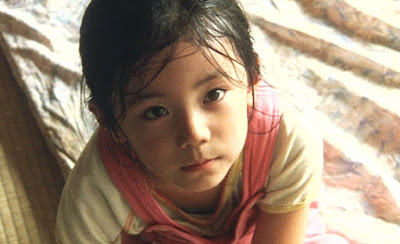 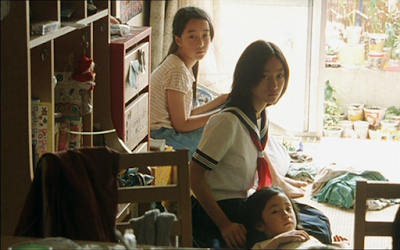 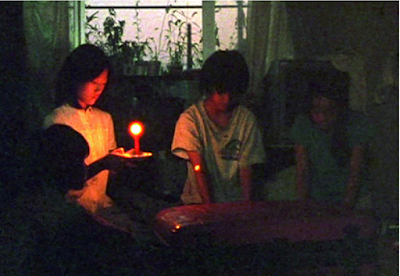 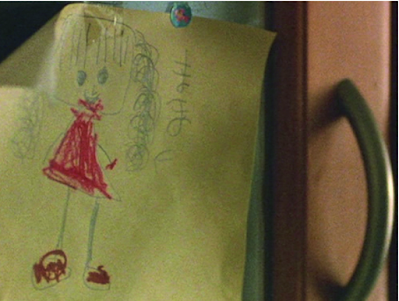 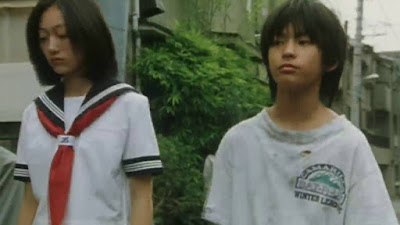 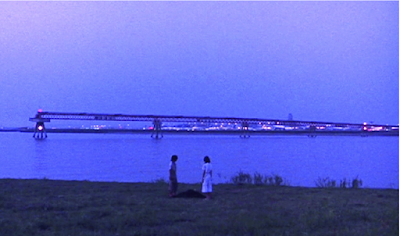 A near perfect film (digesting for 15 years before having the opportunity to film it), written, directed, edited, and produced by Kore-eda, a haunting and quietly affecting experience inspired by real events, given documentary-like qualities, becoming a sweet, gentle, and beautifully filmed story about 4 children, the oldest age 12, who are left by their mother to fend for themselves, with some extraordinary intimacy, adding length that only increases its raw intensity and dramatic power.  Told almost exclusively from a child’s point of view, with adults near absent the entire time, the film details what the children do each day, following their established routines and carving out well-developed personalities for each of the children.  Only the oldest is allowed outside, impressively played by Yūya Yagira, winner of the Cannes Best Actor award, as the others are hidden from a landlord that won’t accept younger children, so there’s a kind of Anne Frank secret life going on here that nobody knows about.  That award, however, must be attributed to the director, as his style in working with children is second to none, where certainly a parallel can be drawn to Kore-eda’s later film Shoplifters (Manbiki kazoku) (2018) that won the Palme d’Or at Cannes, both aspiring to a kind of unsparing social realism, compassionate and socially conscious to the core, suggesting Japanese society simply isn’t willing to accommodate unconventional families like those shown, yet this earlier film has so much more originality and cinematic urgency.  Smuggling the two youngest into the apartment in suitcases, while the third arrives by train, we are introduced to two girls, ten-year old Kyoko (Ayu Kituara) and four-year old Yuki (Momoko Shimizu), and two boys, twelve-year old Akira (Yūya Yagira) and seven-year old Shigeru (Hiei Kimura), none of whom attend school, each with a different father, while the mother Keiko, played by a TV personality known as You, leaves home in a constant search for the right partner in life, avoiding any mention of her children.  When Akira ultimately confronts her about her selfishness, leaving them alone for months on end with 50,000 yen, or what amounted to $350 dollars when the film was made, her response is cringeworthy, “I’m not allowed to be happy?”  Based on news reports in 1988 of an incident described as the Sugamo child abandonment case, the actual story is even more shocking, as the body of a fifth child, a baby, was discovered decomposing in the apartment.  Instead, Kore-eda’s story has a lyrical grace about it, where Akira’s single-minded perseverance is the film’s emotional driving force, with recurring musical ukulele motifs written by Gontiti to reflect the passage of time, told with an impressionistic eye and meticulous precision, as Yutaka Yamazaki’s intimate camera style underlines their claustrophobic imprisonment, focusing upon small insignificant objects that suddenly acquire greater meaning over time, a desk revealing the dwindling supply of money, a toy piano, a squeaking shoe, a cup of instant noodles, crayons on the floor, stuffed animals, telephones, accumulated utility bills, dirty feet, or plants growing on the outer balcony showing signs of distress.

While there is really nothing else like it in the cinema universe, utilizing familiar landmarks as recurring uses of space, like the street corner where they live, or the outside landing of their apartment, or a steep stairway up a hill that takes them to a supermarket, the story resembles the collective trauma found in Shinji Aoyama’s EUREKA (2000), which dealt with the survivors of a murderous bus hijacking, Kore-eda’s naturalistic film accentuates the innocence of their ages, gentle and absorbing, seeing what they see, thinking what they think, where there is no one to guide them through, as they are literally all on their own and have a wonderful sense of who they are.  Embellished by poetic imagery that is both beautiful and purposeful, there isn’t an ounce of sentimentality, with much of it playing out in long wordless sequences, only occasionally resorting to close-ups, where there are no tears to speak of.  Kore-eda’s style with children is mesmerizing, all non-professionals who are brilliant in this film, never providing them with a script, or even revealing how the story turns out, instead whispering what to say before each shot, which provides a greater degree of spontaneity, as there are no lines of dialogue to memorize.  Often seen but not heard, only a handful of films have given an authentic voice to children, where Truffaut’s The 400 Blows (Les quatre cents coups) (1959) near documentary style is an early example of vivid realism, where the freeze frame on the final shot of this film is a living tribute, but Ken Loach’s KES (1969) also provides an intimate social commentary, yet the silences in this film are chilling, creating an underlying poignancy that speaks volumes, offering a clue to the distressed interior worlds.  Only Akira is allowed outside, free to roam as he pleases, but the other three children are secretly locked inside and forced to watch other children play outside from the apartment window, with Shigeru continually stretching the boundaries within his grasp, finding any excuse to reach further and further out onto the outside balcony.  Akira confronts some of the fathers, a cab driver, a Pachinko parlor clerk, yet each is evasive, clearly showing disinterest, never following up afterwards to check on them, with Akira sensing their worthlessness, as hopes disappear along with their money, where they can’t tell the police of their plight for fear of being split up into different foster homes, which happened once before, described as a terrible experience.  Stopped by a convenience store manager for shoplifting, Akira, who often passes the time reading manga comics there for free, is saved when a young store clerk indicates it was the other kids who placed the stolen items into his bag.  That clerk eventually becomes a life saver, routinely sneaking out leftover food items, but when the mother’s promise to show up by Christmas fails, Akira gives each a gift of money, enlisting the aid of the clerk to alter the handwriting, supposedly from their mother, which they later give back to him when funds are depleted, growing more desperate over time.

At one point the mother returns with gifts, lavishly paying attention to each child, cutting Akira’s hair, painting Kyoko’s nails, brushing and rearranging Yuki’s hair before disappearing again, where all that remains is a stain on the floor where Kyoko dropped her nail polish.  Taking place over four seasons, shot chronologically, the winter chill in the air is conducive to staying indoors, but come spring, the suffocation feels more evident, as does the collective mess growing inside the apartment, as the squalor around them increases, with lights and water turned off for non-payment, requiring regular visits to a park across the street for water, but also to launder clothes and wash their hair.  Their initial collective venture outside feels not just liberating but euphoric, deliriously happy in the physical joy of movement, taking great pleasure just being a kid again after being cooped up for so long.  But the inevitability of their situation grows more tenuous, as they can’t sustain themselves on their own, where the film’s emphasis is on a suspended period of time, with the camera lingering on their hands or feet, with close-ups reserved for moments of extreme emotion.  As times grow more desperate, Akira loses his grip, growing testy with each of them, furious with his mother for abandoning them, ready to throw out her clothes, yet there’s also a crazy boyish weirdness in the physical comedy of Shigeru, like watching how he runs down the outdoor vertical stairs after his older brother loses his temper with him, finally embracing that outer balcony in the apartment as his own private refuge, dutifully watering the plants, as if his life depended upon it.  But when a potted plant falls to the ground, it foreshadows danger signs ahead, which happen off camera when a tragedy strikes, yet its presentation is calm and unsensational, leaving a sudden pall in the air shrouded in gloom.  Kore-eda’s homage to Ozu is best reflected in his luminous images of passing trains in the night, revealing a soulless and faceless Tokyo cityscape where abandoned kids may be left alone, with the city utterly indifferent to the children’s plight.  Akira discovers a kindred spirit in Saki (Hanae Kan), a lone girl his age who is also avoiding school, becoming a surrogate mother to the family, part of their collective aftermath, which is really the beginning of the makeshift family depicted more than a decade later in Shoplifters (Manbiki kazoku).  One of the most powerful sequences in the film is a monorail ride to and from the airport near the end that features a gorgeous and heartfelt song of innocence and growing up called “A Jewel (Houseki),” Dare Mo Shiranai (2004) - Sad Moment YouTube (4:57), written and sung by Takako Tate, that convenience store clerk offering assistance to Akira, resembling the song at the end of Miyazaki’s SPIRITED AWAY (2001) that encapsulated the entire film in a few brief moments, where the image at the end of the song is a near still image of the monorail cutting across the Tokyo skyline, an imprint of the world’s largest city where its inhabitants are invisible.  This is a loving, tender film filled with painstakingly small moments, revealing unforgettable sequences of brilliance.