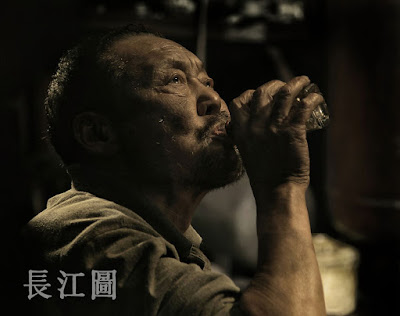 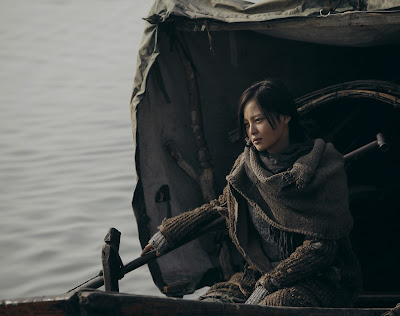 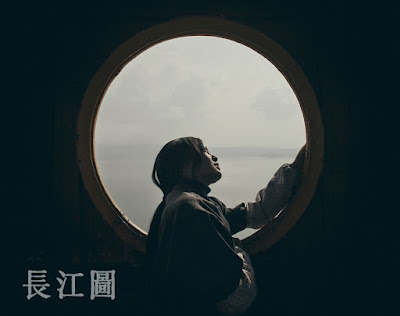 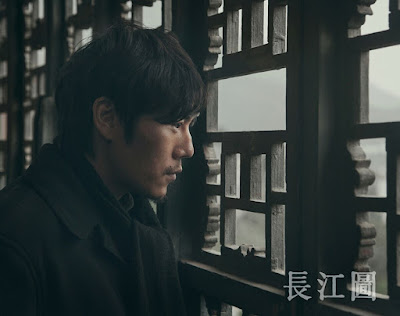 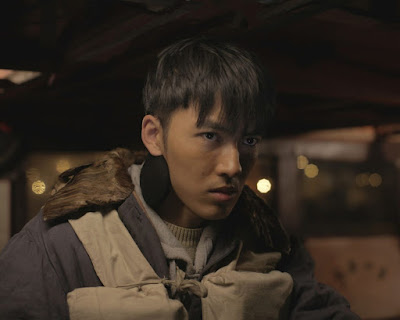 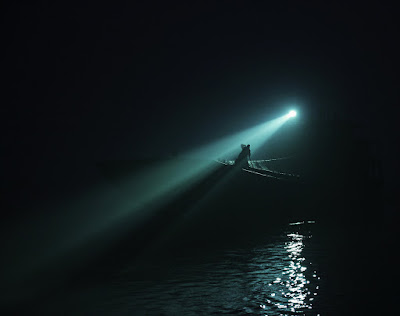 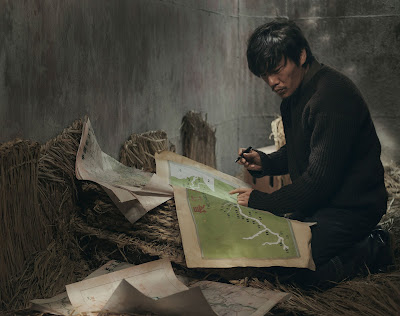 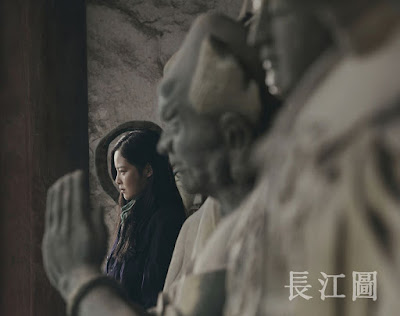 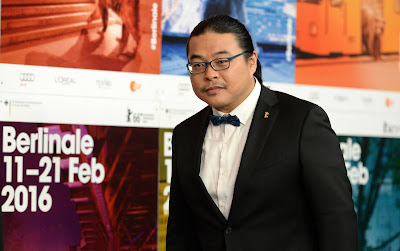 Time, like a river, flows both day and night.

A moody, atmospheric, yet breathtakingly beautiful film shot on 35mm (among the last of the Chinese films shot on celluloid) in ‘Scope by Mark Lee Ping-Bing, who also shot Hou Hsiao-hsien’s utterly enthralling 2015 Top Ten List #9 The Assassin (Nie Yinniang), with Hou developing a lifelong collaboration with the cinematographer which began with A Time to Live and a Time to Die (Tong nien wang shi) (1985), while also recognized for sharing shooting duties with Christopher Doyle on Wong Kar-wai’s IN THE MOOD FOR LOVE (2000).  With little narrative to speak of, the film is largely a meditative tone poem of a lengthy 1200 mile river journey from the mouth of the Yangtze River in Shanghai, the third longest river in the world, and the longest to flow entirely within one country, traveling all the way to Yibin where the river meets the Min River.  A contrast of modernity and tradition, nature and technology, enhanced by spectacular visual poetry, the river is given a mythical context from the outset, interspersed with passages from poems identifiable by the towns where they were written, much like Bi Gan’s 2016 Top Ten List #2 Kaili Blues (Lu bian ye can) (2015), reflecting a Buddhist interchangeability in all things, where Gao Chun (Qin Hao) loses his father, inheriting the captaincy of a rusty river barge, a cargo transport vehicle, yet we are told his father’s soul will never be at peace until a black fish caught in the river by his son is placed in an incense bowl, unfed, and dies a natural death.  While at anchor in Shanghai harbor, Chun spots a beguiling young woman on another boat, An Lu (Xin Zhilei), but departs before he has a chance to speak to her.  While attempting to repair an auxiliary motor, he discovers an old handwritten collection of poems (all written by the director) from an earlier time entitled Map of the Yangtze River, which is the Chinese film title, a diary written by a previous deckhand describing his thoughts about the river and a mysterious young woman, conveying a vague sense of loss.  As he travels further along the river, following the same journey as the author of the poems, he reads passages from the book, growing more obsessed with the young woman that he continually finds waiting for him along the way, developing a sexual rapport, yet she remains elusive, until it is impossible to distinguish fiction from reality, as they all blend into one, using a magical realist style that resembles a dream language of the river.  The sound design is equally remarkable, with a constant sound of motors on the water, where there is a heightened sensory experience, shot in the dead of winter where characters are always wearing heavy coats with scarfs, where you can see their breath in the cold.  Like some kind of River Styx, transporting souls from the living to the underworld, the river seems to possess supernatural powers, with the river captain attempting to navigate his own path, yet the life of the river, given this unfathomable context, becomes vibrant and mysteriously alive, where the ravishing beauty in this enveloping universe is simply indescribable.

Winner of a Silver Bear at the 2016 Berlin Film Festival for Outstanding Artistic Contribution for the cinematography, the aesthetic superlatives are mind-boggling, as are the multi-layered sound effects, creating an orchestrated cacophony of sounds at sea that become quite sophisticated, allowing viewers an existential view of the river passage, largely wordless with poetic incantations, where you’re able to disappear into someone else’s identity while blending into the majestic landscape, like air, land, and water having a symbiotic relationship with each other.  Much of it shot at night, the use of a searchlight or fire onshore in the mountains brilliantly illuminates a living spirit that feeds the void of emptiness.  At some point they pick up a mysterious cargo, demanding extra payment for the danger incurred, but the contents are never revealed, yet this adds a layer of suspense.  Uncle Xiang (Jiang Hualin), the ship’s mechanic who worked for Chun’s late father, and a younger deckhand Wu Sheng (Wu Lipeng) are the only others onboard, yet they rarely engage one another in conversation, adding to the silent mystery.  Due to a lack of a coherent story, many viewers may be perplexed and baffled by the pervasive emptiness of content, meandering, seemingly going nowhere, where they may find themselves lost in a netherworld with no way out, with many viewers finding it hollow and overly pretentious.  With films like this, the poem translations are a key element, as they may leave many hanging in a world of incoherence, struggling to find meaning or purpose, finding it incomprehensible.  But don’t believe the critics, whose contempt for this film basically killed its chances of international distribution, screening at the Chicago International Film Festival in 2016 where it sold out, but was never shown anywhere else after that except New York and Los Angeles.  This is a film to watch and make up your own mind, as it defies convenient categorization, but it’s challenging, somewhat abstract, yet ultimately a highly rewarding experience.  All films need not be explained, which is actually a refreshing and invigorating touch, allowing viewers themselves to navigate the murky waters of such a languorous, dreamlike journey, open to multiple interpretations, a blank slate filled with symbolism and recurring images, where a life on the water is its own mystical experience, yet it feels as much like an investigation into the mystery of the human soul.  At one point Chun can hear, but not see An Lu speaking to a monk in a Buddhist pagoda, asking spiritual questions, yet he feels trapped on another floor, like being caught in a labyrinth, with sound his only sensory connection.  By the time he finds his way to the monk she has disappeared.  The director continually drops little hints, like pieces of a puzzle, that when strung together reveal a larger whole, yet through most of the film Chun feels distant, melancholy, and lost, disconnected from the whole, in search of the perpetually missing piece.  As they move from town to town, they are identified by name onscreen, like chapter headings, where there is also an indicator of the number of days on the journey, the last being the 98th day.

An Wei writes musical passages for the film, dark and melancholic, with lonely cello-infused music by David Darling (who just died recently in January 2021) from his Dark Wood album added as well, David Darling - Darkwood - 1995 on Vimeo YouTube (44:36), offering lyrical depth underneath the lush visual palette.  Passing through relocated villages, Chun eventually makes a grueling two-day passage through the Three Gorges Dam, a gigantic hydro-electric project where homes have been meticulously and tirelessly relocated brick by brick to higher locations, each one numbered, as otherwise they will forever be submerged underwater after the dam’s completion, requiring a massive displacement of 1.3 million people to new locations, where a town literally disappears only to reappear elsewhere.  Perhaps the most ominous moment occurs at the Three Gorges Dam, with the barge engulfed in one of the locks that suddenly fills with water, yet the grating mechanical sounds of the large gate opening could just as easily be the gates of Hell, yet suddenly a whole new world opens.  The farther along the journey the more vague and mystifying it becomes, like a Heart of Darkness journey, growing even more contemplative with an interior focus, at one point growing surreal.  An Lu is seen along the way in different incarnations, continually disappearing only to reappear again, always recognizable, like an elusive object of desire, eventually existing only in his own mind, which is where she may have always been, as who or what she is has always remained obscure.  A hint may come early on when she throws herself into the water, an apparent suicide attempt, but afterwards we see a miraculous swimmer who seems unfazed by traveling great distances, where she assumes supernatural powers.  After a heated argument Wu Sheng falls overboard, with no sign or trace of him, but the next morning An Lu suddenly reappears out of the water, possibly capable of disappearing into someone else’s identity, which matches a parable told in one of the poems, a ghost story of a girl who crept into the body of a merchant, again reflecting an interchangeability in spirits.  Uncle Xiang is plagued by the journey’s bad omens, leaving a note that he has left without explanation, jettisoning the illegal cargo.  Arriving in Yibin with no cargo, the shady business partner has sent someone to stab Chun, laying collapsed and bleeding, where he sees An Lu’s face underwater, like a river nymph, smiling, yet remaining submerged in the water.  Surviving the attack, he makes his way into Tibet’s Chumar River, another 1300 miles to the northern headwater of the Yangtze, which flows from the disappearing Jianggendiru Glacier, the southwest side of Geladandong Peak in the Tanggula Mountains.  In this vast Tibetan Plateau, he finds an isolated gravestone of An Lu’s mother, guarded apparently by her religiously devout father who abandoned both of them to follow his own spiritual path, making this feel more like a religious pilgrimage, followed by early archival footage of the Yangtze River, including flimsy vessels attempting to navigate their way through a ferocious current before turning into a major thoroughway for shipping traffic.  In a final image, as religious statues can be seen overlooking the river, An Lu has taken her place among them.