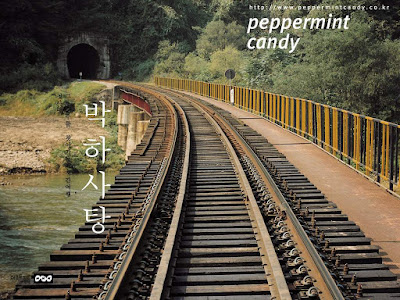 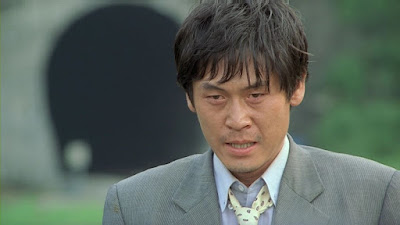 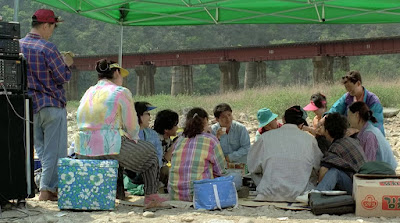 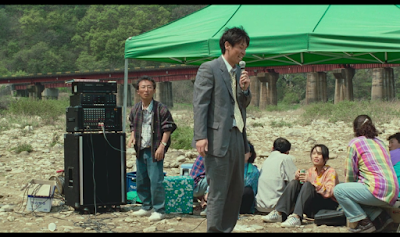 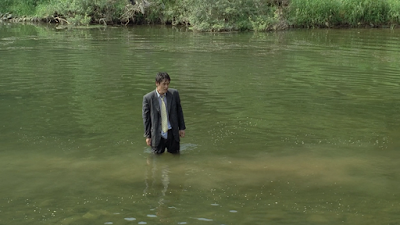 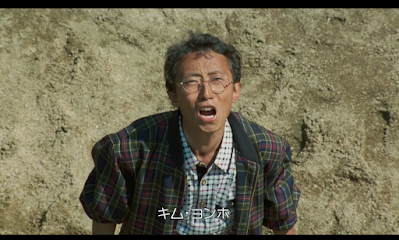 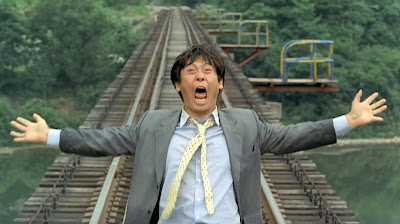 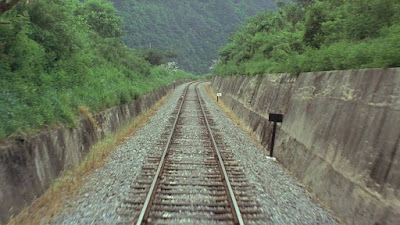 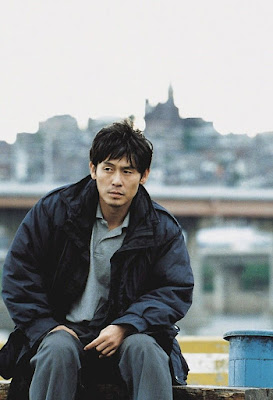 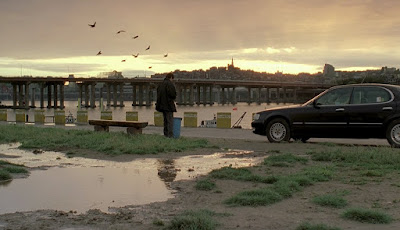 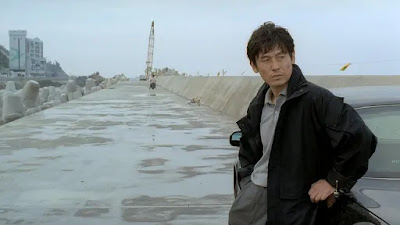 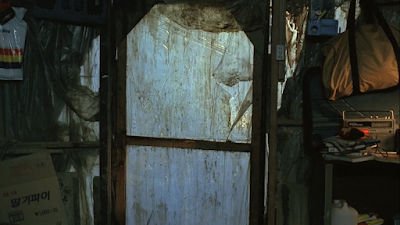 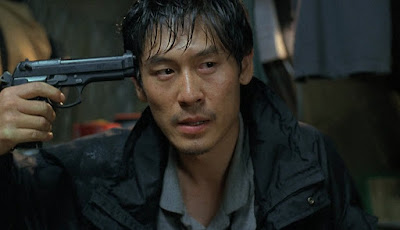 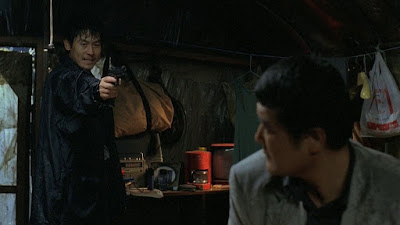 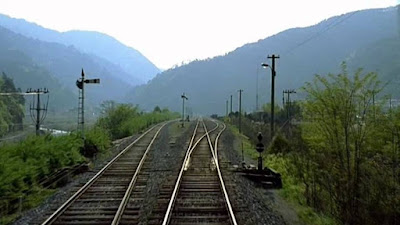 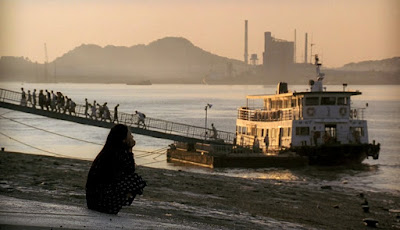 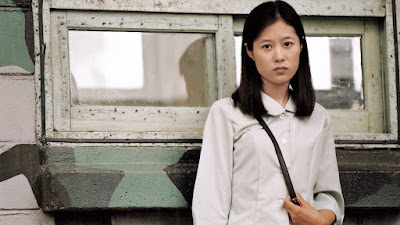 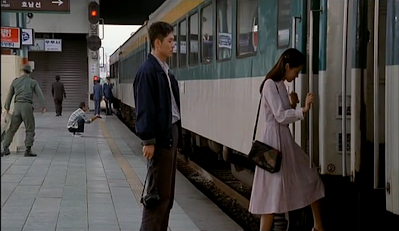 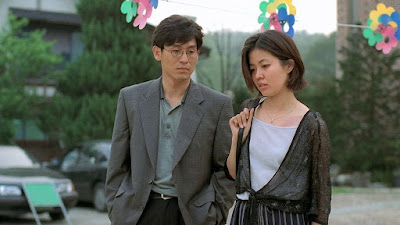 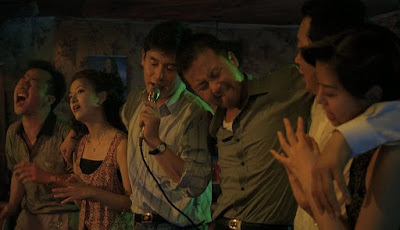 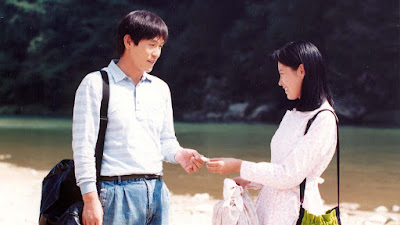 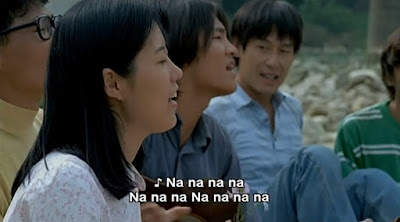 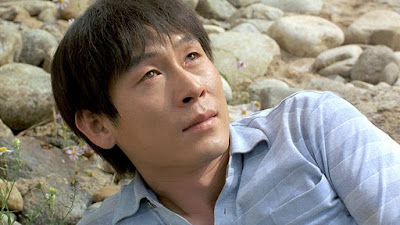 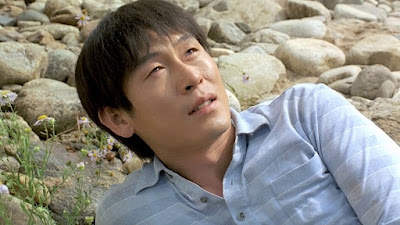 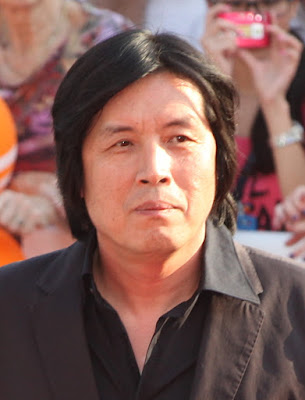 One of the early films that put South Korean cinema on the map, winning Best Picture, Best Director, Best Screenplay, Best Supporting Actress, and Best New Actor prizes in the Grand Bell Awards, the Korean version of their Academy Awards, drawing international attention at the Karlovy Vary Film Festival, while drawing attention to writer/director and novelist Lee Chang-dong, who would become the Korean Cultural Minister from 2003 to 2004.  What’s remarkable about this epic and emotionally wrenching film is its backwards chronology that parallels twenty years of turbulent South Korean history, viewed through a single character, Yong-ho (Sol Kyung-gu), whose troubled life retreats backwards into more innocent times, yet he’s psychologically scarred by traumatic events coming early in his life, becoming an exaggerated and emotionally hysterical melodrama that features a clearly unsympathetic central figure, yet the overall epic style is captivating.  Much like Hou Hsiou-hsien’s A City of Sadness (Bei qing cheng shi) (1989), which opened new doors of Taiwanese democracy in a nation that had been under strict martial law for forty years, the key to this film is returning back to 1980 when two events reawakened the public conscience and altered the course of South Korean history.  The first occurred on October 26, 1979 when President Park Chung Hee, after almost twenty years of tyrannical rule, was assassinated by the head of his own intelligence team after ordering murderous attacks on Korean citizens who were protesting the unabated continuation of martial law, The Park Chung Hee Regime in South Korea, while the second event occurred just a few months later known as the Gwangju massacre, one of the most horrific events in Korean history, yet also one of the turning points from dictatorship to democracy, where unspeakable atrocities were committed by the military, reportedly claiming the lives of more than 2000 citizens, including bayonetting students, raping and dismembering women, while using flamethrowers against protesting students, a horrendous, catastrophic event that was largely suppressed, receiving little media attention, with the government reporting the incident was initiated by treasonous North Korean spies and leftist infiltrators.  As a result, the incident would linger for several decades, eventually leading to a pro-democracy movement that would finally prevail by the end of the century against a weakened military dictatorship, opening the doors to democracy and a prosperous middle class when this film was made.  This background information is essential in understanding the traumatic trajectory of a relative innocent who goes astray, easily becoming part of his corrupt surroundings, growing psychologically damaged by what he witnesses and experiences, where this uncompromising film, which remains the director’s most overtly political drama, offers a road map into the nation’s moral vacuum and lack of conscience, playing out in a tense, fictionalized scenario that is graphically disturbing and eerily chilling.

One of the key criticisms of the film is the total focus on toxic masculinity at the expense of more broadened female character development, which the director has taken to heart and corrected with many of his later, more mature works.  But here Yong-so reveals narcissistic and obsessive tendencies, languishing in a misogynistic self-pity while accentuating his failures throughout his life, lamenting what he’s been forced to endure, becoming himself a reprehensible and utterly loathsome human being.  From a literary perspective, this sounds very much like the guilty conscience of a wretchedly miserable Dostoyevsky character, whose personal transgressions haunt him for the rest of his life, affecting every aspect of his daily life, perhaps best expressed in the acutely examined psychological study in Crime and Punishment.  Yong-so feels like a criminal, an outcast no longer worth living, showing disturbing suicidal tendencies at the outset of the film, absurdly joining the 20th reunion picnic of his old student group that is already in progress, having started without him, yet while he’s welcomed and embraced, he appears deranged, awkwardly sending all the wrong messages, inadvertently bumping into people, singing offensibly loud and horribly off-key karaoke, culminating with a primal scream that just draws looks of helpless confusion, where he’s simply out of kilter with the group, as if on the wrong speed, not even remotely fitting in.  So he stumbles out into the shallow river, pretty much making a fool out of himself, before climbing the railroad trestles and standing on the tracks awaiting a train, where his mindset appears to be a death wish.  While others show their concern and warn him to come down, especially with the sudden arrival of a train, but he ignores their pleas, grotesquely setting the tone for what follows.  The introductory credit sequence is deserving of mention, as there’s a tiny blip in the center of the screen that grows larger and larger, eventually becoming a recognizable train tunnel as we watch a train passing from complete darkness into the alluring bright light of the opening.  Without knowing it at the time, that opening marks the scene of the crime.  Train track interludes with a pleasant musical theme also mark the transition between time periods, curiously shot from the back of the train and then run backwards, so traces of smoke or people walking and riding bikes adjacent to the tracks are seen moving backwards, offering a surreal twist, each segment marked with a chapter title identifying the time and place, revealing seven different episodes beginning in 1999 and ending in 1979, each shedding light on Yong-so’s personal history while also offering comment on the formation of a national identity, subverting the idea of development, as if in a perpetual state of evolving.  By always moving backwards, viewers are retreating back to the original source of the trauma, with an emphasis on what went terribly wrong in the man’s life, his mandatory military service leading to his involvement in the massacre, his failed business decisions and doomed career choices, his disastrous marriage to Hong-ja (Kim Yeo-jin), or his broken relationship with his first love, Sun-im (Moon So-ri).

One interesting aspect of this picture is the attempt to bring to life historical issues that have been obscured by political repression, using one man as a kind of Biblical Job figure, as he is tried and tested throughout, finding disaster both behind and ahead of him, enduring overwhelming challenges, none particularly successfully, yet his ordeal humanizes the viewer’s relationship with history, offering a rare insight into such troubled times.  Even today, there are unanswered questions about the Gwangju massacre, yet this film, and several others as well, has helped the younger generation become more knowledgeable about the history that changed South Korea into what it is today.  Yong-ho represents a kind of ordinary everyman who can’t forget the past trauma as it continues to affect his life, angry at himself and at the world, using violence as a way to forget, thinking it will help him heal, becoming a policeman, for instance, yet ends up pressured by his peers to go overboard, routinely brutalizing subjects with torture techniques, becoming psychologically distanced from his own humanity.  When he discovers his wife has cheated on him, he kicks and beats her mercilessly, exposing the fact Korea is a patriarchal society with a long history of domestic violence against women.  Violence, in fact, has become synonymous with South Korean cinema, with Park Chan-wook, a former film critic, and his Vengeance Trilogy becoming one of the most notoriously acclaimed purveyors of torture porn, where his immaculate framing exposes grotesque and graphically barbaric subject matter.  The more understated Lee Chang-dong has gone in a different direction, where his films are more novelesque, driven by subtlety and extremely detailed character studies, offering a more poetic view of cinema, becoming a kind of poet laureate for his country.  Ostensibly a morality tale, he somehow mixes hope with pessimism, inspired by the typically Korean notion of Han.  It’s worth noting that Yong-ho was lulled into a false sense of security, as his plan that violence would help him forget is doomed from the outset, becoming a total failure, leading only to further depression and suicidal thoughts, believing his life is worthless and meaningless.  His sins stand for the sins of the nation, for which there is no antidote.  It’s also curious how the one character that follows him in nearly every episode is Sun-im, the girl he tries so hard to forget, reminding him of his younger days of innocence.  We see her in various stages of her life as well, suggesting her memory continues to haunt him, always longing to be with the one you love, often indistinguishable between reality and a dream, even finding a girl in a bar who pretends to be her.  We’re privy to his own crudeness when he personally rejects her, intentionally groping another woman in front of her, thoroughly humiliating her.  We are reminded of an interrogation scene that turns gruesome, when a prisoner defecates all over himself, with Yong-ho furiously scrubbing his hands afterwards, but a fellow officer amusingly reminds him that smell is very difficult to get rid of, suggesting some memories are extremely difficult to wash away.  The film suggests our lives are forever connected to history, where all attempts to forget about the past only lead to further despair.  The naïve innocence of the final segment is positively stunning in its tenderness, seemingly disconnected to everything that came before, where Yong-ho is simply a different person, a wide-eyed student filled with aspirations and dreams, which are quickly altered by the savage inhumanity he faces.