The Plow That Broke the Plains 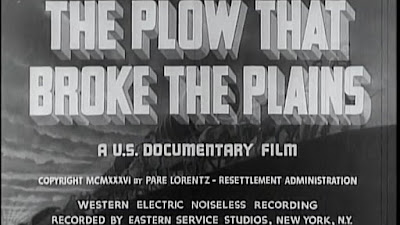 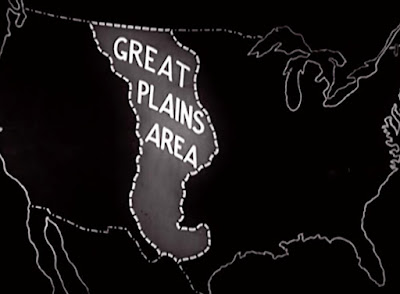 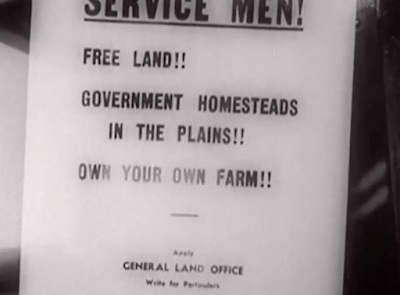 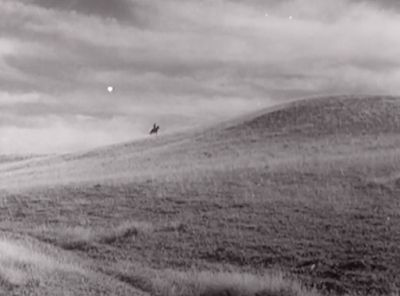 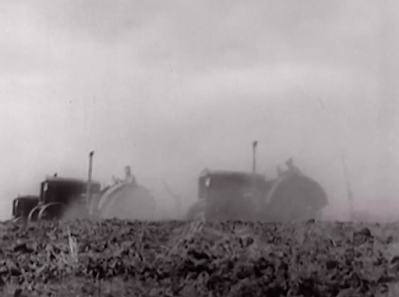 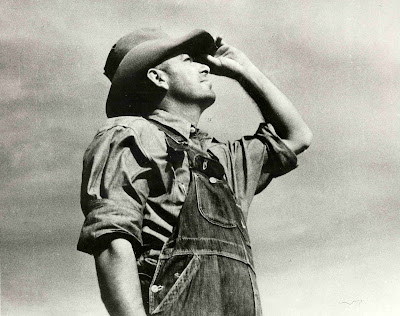 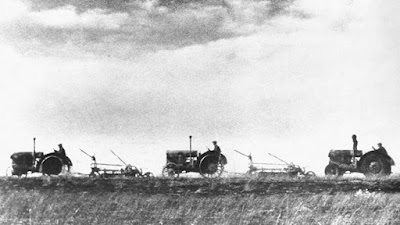 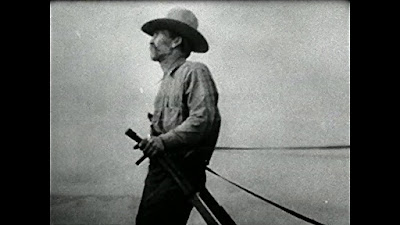 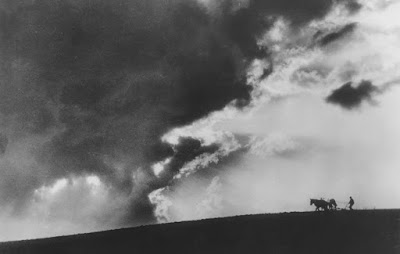 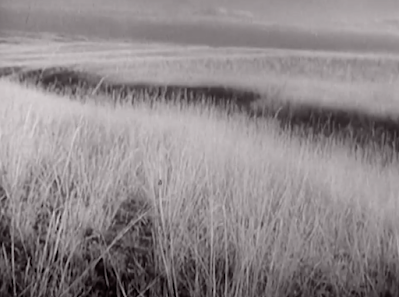 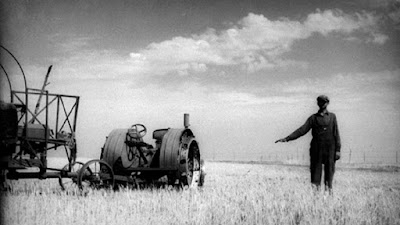 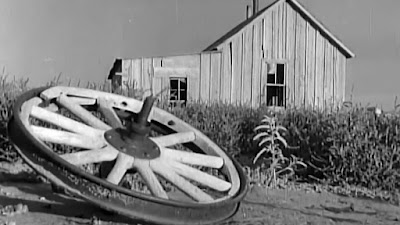 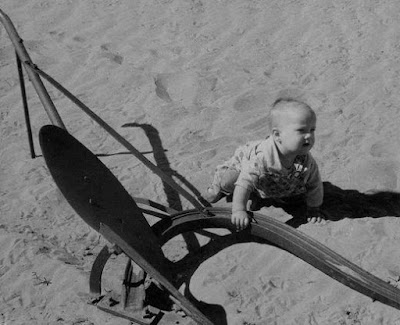 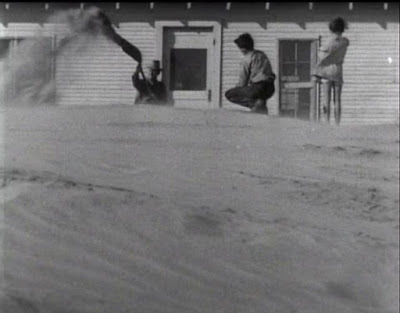 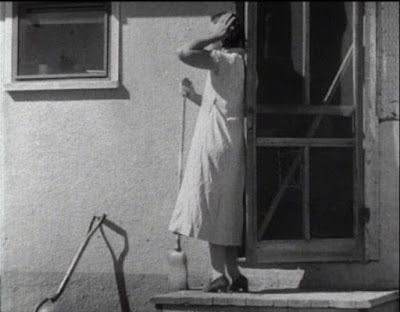 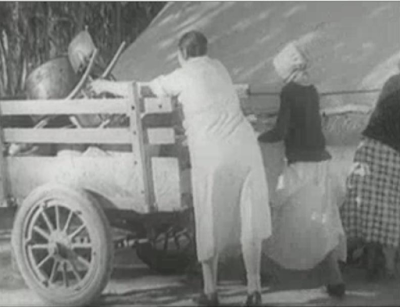 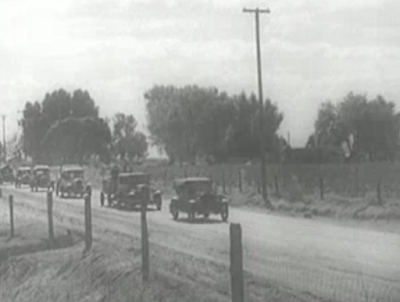 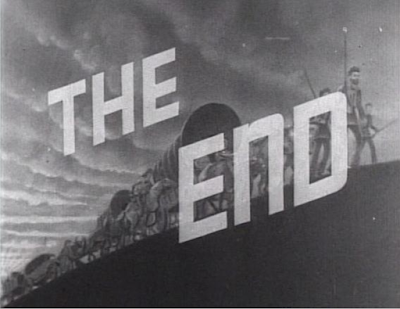 This is a record of land . . . of soil, rather than people -- a story of the Great Plains:

A high, treeless continent, without rivers, without streams . . .

By 1880 we had cleared the Indian, and with him, the buffalo, from the Great Plains, and established the last frontier . . .

A half million square miles of natural range . . .

This is the picturization of what we did with it.

One of only two government-sponsored films coming out of Roosevelt’s New Deal era, the other being THE RIVER (1938), made by the same director, both produced by the Resettlement Administration, which was established in 1935, merging into the Farm Security Administration in 1937, which captured the nation’s imagination by producing legendary photojournalists capturing the stark Depression-era conditions faced by rural Americans, like Walker Evans, Dorothea Lange, Arthur Rothstein, and Gordon Parks, among others, but the office eventually dissolved in 1946, becoming what is now known as the Farmer’s Home Administration.  The film explores farming practices on the Great Plains, suggesting a combination of ill-advised farming practices as well as severe drought led to the Dust Bowl of the 1930’s, without even mentioning a great economic calamity.  What’s interesting is that the filmmaker had never made a film before, but worked as a freelance film critic, even co-authoring a book, Censored: the Private Life of the Movie in 1929, basically railing against established censorship practices in Hollywood, which made him persona non gratis within the industry itself, with Hollywood refusing access to stock footage owned by the studios.  But what jumpstarted his career was editing a book of news photos entitled The Roosevelt Year (1934) documenting in dramatic fashion the first year of FDR’s Presidency.  An ardent New Dealer, he was disgusted and disappointed that Hollywood’s way of dealing with the Great Depression was to largely ignore it while continuing to produce escapist fantasies.  Believing we were living in momentous times that “cried out to be filmed,” this led him to Washington where he became a film consultant within the Resettlement Administration, troubled from the outset, one of the more controversial New Deal programs, as critics felt Roosevelt’s reforms too closely resembled the collective socialization more commonly implemented by the Soviet Union under communism, where the film was designed to raise awareness of an environmental catastrophe.  During the making of the film, Lorentz fired all but one (the uncredited Paul Ivano) of his four cameramen over philosophical differences, Paul Strand, Leo Hurwitz, and Ralph Steiner, radical leftists out of New York City who felt communism was not a dirty word, all contending capitalism was at the root of the tragedy, finding the film overly scripted and not sufficiently visual, preparing their own shooting script, but Lorentz rejected it.  Scrounging for Hollywood stock footage afterwards, Lorentz was successful in getting material smuggled out of the studios, who were not happy with having to compete against government films, describing Lorentz as the president’s propagandist, eventually known as FDR’s Filmmaker.

For a government film it is uniquely poetic, bordering on melancholic.  Lorentz described it as a “melodrama of nature” that “tells the story of the Plains, and it tells it with some emotional value—an emotion that springs out of the soil itself.”  The melodramatic narration is the bone of contention, spoken by Thomas Hardie Chalmers, a former opera singer in the days of Caruso who switched to theater following an unfortunate throat operation, associated as the newsreel voice of The March of Time, where the hyperbolic reading resembles Whitmanesque poetry, supposedly telling a uniquely American story, yet it’s more theatrical than informative, or even helpful, failing to mention the changing historical time periods, as it begins with Woodrow Wilson as President, presumably in the aftermath of the First World War, with cheap land offerings to veterans, promising vast quantities of open farmland, focusing on the challenges faced by wheat farmers and cattle ranchers living in the Great Plains, while making no reference whatsoever to a Great Depression, a term that was used prior to 1930.  So that aspect is confounding, as well as the racist Manifest Destiny implications in the opening Prologue about “we had cleared the Indian,” which sets the wrong tone, describing genocide as a noble duty and achievement.  Perhaps most baffling is the repeated claim to a land “without rivers, without streams” clearly outlining the geographical area in question, which includes some of America’s greatest rivers.  The Great Plains in question is a vast expanse of grasslands stretching from the Rocky Mountains to the Missouri River and from the Rio Grande to the timberland forests of Canada, which happens to include legendary rivers known as the Missouri, Platte, Yellowstone, Colorado, Rio Grande, Arkansas, Kansas, Pecos, and Red Rivers, among others, Encyclopedia of the Great Plains | RIVERS.  So the narration itself is highly questionable, as it’s not even accurate.  The theatrical manner in which it is spoken and interwoven into the film suggests other motives, as the filmmaker is clearly trying to persuade the hearts and minds of the viewers, conveying images of downtrodden families in a mass exodus leaving a bone dry land, “Blown out, baked out, and broke.  Nothing to stay for. Nothing to hope for.  Homeless, penniless and bewildered they joined the great army of the highway,” leaving it open to claims of New Deal propaganda.  Largely inspired by Soviet films of the 20’s and 30’s, like the documentaries of Dziga Vertov, both fall under similar critiques, but so what if it is?  Released just a year after Leni Riefenstahl’s controversial THE TRIUMPH OF THE WILL (1935), excerpts of which played alongside the official opening of the film in May 1936, sponsored by the Museum of Modern Art, the film will stand on its artistic merit, historical value, and the complexity of the imagery that is shown, added to the Library of Congress National Film Registry in 1999.  Adding to the film aesthetic, a symphonic composition was written for the film by American composer Virgil Thompson, adding a contextual layer of gravity that sounds distinctly American.

What may remain lost to many viewers are the underlying human errors that are ultimately responsible for damaging the soil, with the film never explaining the effects of soil damage in the narration, instead viewers experience a photogenic assault of mechanized farm machinery supposedly cultivating the land, yet ripping apart the unanchored topsoil, which immediately turned to dust, becoming darkened clouds in the sky blown by the prevailing winds.  Like a Soviet montage, tanks of war are juxtaposed against the tractors, suggesting an armed military assault, depleting the soil of its needed nutrients.  Unfamiliar with dryland farming techniques, mechanized equipment cut too deeply into the soil, displacing the topsoil and deep-rooted grasslands that normally contained the moisture, even through extended dry periods.  Because there is such infrequent rain, perhaps only ten inches per year, made worse by extensive periods of draught, as long as eight years in some regions, there was insufficient moisture to hold the soil together, allowing it to evaporate into dust, creating the conditions that arose during the Dust Bowl era, with farmers and their families packing up their belongings and heading west, a migration documented by John Steinbeck in his 1939 novel The Grapes of Wrath, also depicted in John Ford’s The Grapes of Wrath (1940).  Filmed years earlier, Lorentz provides the first documentation of the uncommonly grim plight of the farmer.  Times were good during a WWI wartime agricultural drive to produce food, with wartime slogans “If you can’t fight, farm:  food will win the war!” or “Plow to the fence for national defence,” converting millions of acres into farmland.  But international demand for grain plummeted after the war, especially for farmers that over-extended their operations.  The Agricultural Adjustment Act was the first major measure by the new administration to combat rural poverty, advocating crop restrictions, which had disastrous consequences.  In 1930, shortly after the stock market crash that created the Depression, as banks across the country closed in record numbers, 45% of all farmers were tenants and in some states up to 75% of tenants were sharecroppers, who were tenants who gave landlords a share of their crops in return for land, housing, and farm equipment. Landlords responded to the crop restriction measures by setting aside tenanted land and evicting 100,000 farm families, which began the steady flow of migrants westward to the cities and California, and with it the derogatory slur of being labeled “Okies.”  The belief at the time was that farmers over-cultivated the land through ignorance and human folly, turning 400 million acres into arid wasteland instead of fertile soil.  Part of the problem with the film is that it provides little context and presents no solutions, only accentuating the crisis, where the end feels like something of a thud.

The Plow That Broke the Plains The entire film may be viewed on YouTube (25:26)