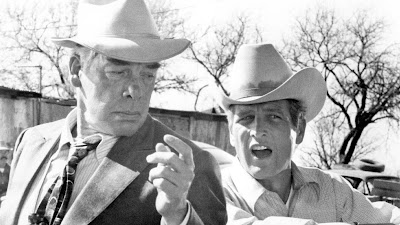 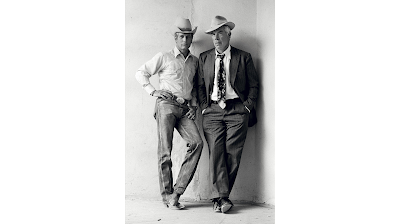 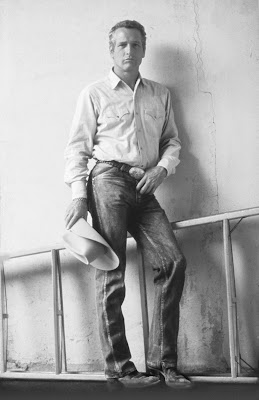 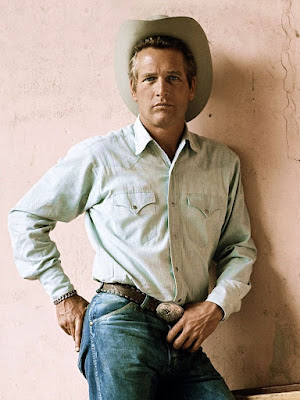 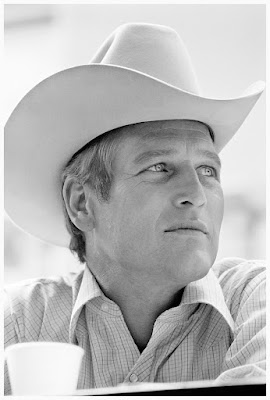 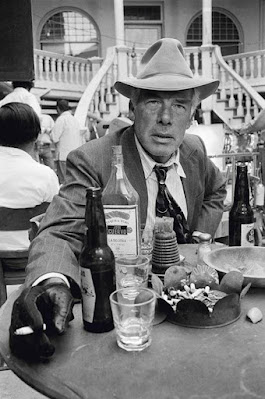 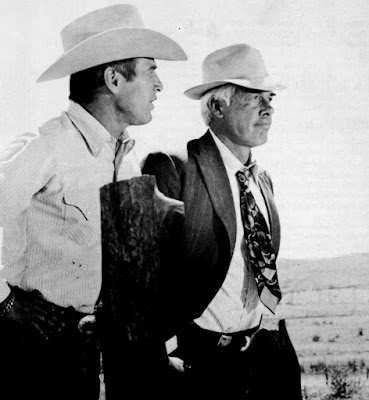 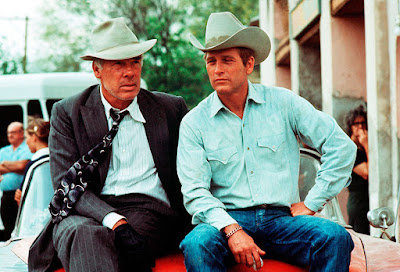 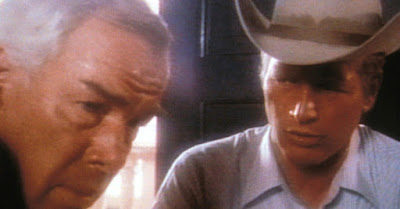 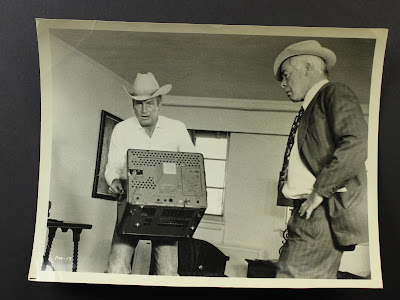 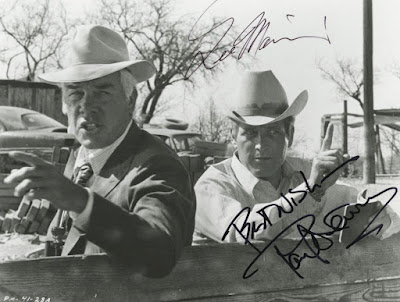 An existential road movie that time nearly forgot, this unassuming film, with Paul Newman and Lee Marvin, is surprisingly offbeat, perhaps the best directed of Rosenberg’s work with Newman, unusually low key for films of that era.  Terrence Malick, just before he released his first film BADLANDS (1973), helped write this aimless and meandering comedic screenplay!!  László Kovács, from Easy Rider (1969), That Cold Day In the Park (1969), Five Easy Pieces (1970), The Last Movie (1971), New York, New York (1977), and The Last Waltz (1978), did the memorable photography.  One other familiar face in all these movies with Newman is Strother Martin, who shows up like Henry Gibson does in Robert Altman flicks, usually with comical effect.  Rosenberg is just not a skilled director, and one must lay the blame at his feet for why such well-written films that he worked on didn’t turn out better.  Very much a reflection of the times, a slow moving western with almost no story and surprisingly little action, chiseled down to a barebones character study, where Newman and Marvin make the most of it, bringing their legendary screen history to the film, where it feels like we know these guys, as if we’ve spent time with them before, kind of like relatives we know all too well but that you really don’t want to spend a lot of time with, sort of a loveable loser’s buddy movie, funny, personable, filled with plenty of charm, where that’s really the picture.  Marvin confessed that he did not much appreciate working with Newman, upset about being the sidekick, apparently, with Newman getting the more prominent role, claiming Newman had control over the final edit, trimming down Marvin’s part considerably, yet Newman vehemently disputed this.  Both felt attracted to the originality of the dialogue, while also acknowledging it never translated well to the screen.  Despite the poor reviews, never getting a lot of love at the time of the release, this film breaks the mold, as they don’t make movies like this anymore, particularly with big name stars, instead turned into smaller, more independent features made for next to nothing.  The real problem is the overly conventional wall-to-wall music by Alex North, which is all wrong for this movie, breezy, lighthearted, even peppy, more appropriate for a television series, Paul Newman - Pocket Money (1972) YouTube (44 seconds), where it needed to be quieter, less intrusive, and much sparer, allowing the actors plenty of room to breathe.  In something of a surprise, Carole King sings the opening theme music, Carole King - Pocket Money (1972, Paul Newman, Lee Marvin) YouTube (2:47), adding to an overall mainstream feel.  Based upon the 1970 novel Jim Kane by J.P.S. Brown, who felt this movie “demeaned the Mexicans,” this is a dialogue-driven story following the actual exploits of two brothers, J.P.S. Brown and Gene Adams, two authentic cattle buyers and horse traders in Mexico, transformed into two clowns and misfits trying to make a buck by screwing local Mexicans out of their cattle in shady deals, but end up getting screwed themselves.

Paul Newman plays Jim Kane, a small-time, naïve, overly passive and dimwitted cowboy, who never lives up to the billing of actually being a cowboy, basically a horse trader who is down on his luck, but he’s stymied when several of his newly purchased Appaloosa horses from Mexico are contaminated with the dourine, described as the clap, quickly put out of their misery while the rest are sent to quarantine for six weeks upon reaching the border, making it impossible to collect his payday.  Unable to make his alimony payments and in need of some quick cash, he accepts an offer from a shady rancher, as unscrupulous as they come, Bill Garrett (Strother Martin) and his henchman Stretch Russell (Wayne Rogers), to bring 250 rodeo cattle from Mexico to the Texas border.  Once south of the border, he meets up with his partner Leonard (Lee Marvin), a seemingly shrewd businessman always dressed in a business suit, ready for the crassness of cutthroat business deals, usually ending in a standoff, where each side holds out until the other caves.  But Jim has no patience for this kind of thing, preferring to get in and out without wasting his time, so he overpays the premium prices, much to the chagrin of Leonard, muttering something under his breath about establishing a good reputation, but he’s getting out-finagled by cunning Mexican farmers who have done this sort of thing for centuries.  Jim is the outsider, the new guy on the block, where the back and forth between Newman and Marvin is what makes the picture, a tag team of ineptitude, principled but outfoxed, usually caving in to the initial asking price, which drives Marvin nuts, as these are his stomping grounds, so it’s his reputation on the line that’s taking a hit, constantly reminding Jim how to play the game, but he’s just not interested.  This rapport between them is the entire picture, as everything else is simply window dressing.  Marvin shows signs of his drunken escapades in CAT BALLOU (1965), resorting to gestures, talking to himself, smart aleck comebacks, and all manner of physical comedy, including driving like a maniac through the Mexican desert, while Newman pretty much plays himself, a noble hero, the picture of decency, a bit befuddled, a nice guy on the straight and narrow yet out of his element, but he hates being cheated out of money, feeling morally obliged to stand up for himself, unafraid to make a spectacle of the situation, but more likely than not, he’s still going to end up getting screwed.  Mostly shot in Ajo, Arizona and Chihuahua, Mexico, the rambling, scatterbrained aspect of the adventure lends itself to the freewheeling visual style of László Kovács, capturing the open spaces of the endless landscape, becoming a silent witness to the shenanigans pulled by this oddball team, where their individualistic yet reckless ways lead them absolutely nowhere.

Newman Is a particularly generous actor, deferring to others onscreen and allowing them to shine, where his work with Robert Redford is what made Redford a star, and this picture with Lee Marvin is no different, as it’s Marvin’s tics and eccentricities that stand out, pocket money scene YouTube (1:36), on the edge of sheer lunacy and drunkenness, always feeling a bit deranged, where he’s the comical sidekick, endlessly getting the punch line joke to Newman’s straight man, yet their back and forth banter comes to resemble the modern day futility and absurdism of Beckett’s Waiting For Godot.  Marvin has got a bag full of hair-brained schemes, something of an idyll dreamer himself, where they get rip-roaring drunk in seedy cantinas and fleabag motels, mostly getting beaten down by life and the toll it takes on them, endlessly humiliated and defeated, as if this is the American way, particularly in foreign lands.  This is not among the better pictures for either of them, yet it’s distinctively different anyway, rare that they’re even working together, but their hamming screen personas are fun to watch, adding a few side characters to ramp up the horseplay, like Gregory Sierra and Héctor Elizondo in Mexico, or Kelly Jean Peters as Kane’s ex-wife, working in a miniskirt at one of those iconic American diner drive-ins, just part of the lovingly detailed Texas setting.  While there are odorous stereotypes, and no female characters to speak of, getting short shrift from these writers, it’s still an oddball western comedy with plenty of uniquely developed character, and even an occasional ruminative tone, yet there’s surprisingly little complexity or depth to speak of, and no innovation whatsoever, typical of this director, making this fairly lightweight material, perhaps trying to replicate the outcast individualism of the extremely popular COOL HAND LUKE (1967), the first Newman picture made with this director, or the subversive undertones of the next, WUSA (1970), where this third pairing has an aimless quality about it, like a moral void, perhaps reflective of Nixon’s re-election, already stained by Watergate, and the American misadventure in Vietnam.  Their final work together was THE DROWNING POOL (1975), an offshoot of Jack Smight’s HARPER (1966), with Paul Newman playing a gum-chewing private detective from the squalid LA underbelly transported to the bayou of Louisiana, not nearly as atmospheric or as dramatically effective as the original, which remains a classic in film noir, largely in tribute to Humphrey Bogart, turning a man of action into a cerebral thinker, something of a template for Altman’s The Long Goodbye (1973) and Polanski’s CHINATOWN (1974).  After they wind up getting cheated and hoodwinked, once again, they’re at a lone Mexican railway station with no one else seen for miles, trying to make it back into the states with a heartwarming finale, Newman turns to Marvin and says, “Leonard, you come down here and what do you got?”  Marvin instantly replies with a smile, “You’ve got me, Jim.”  Makes you want to revisit the beginning of a beautiful friendship at the end of CASABLANCA (1942).