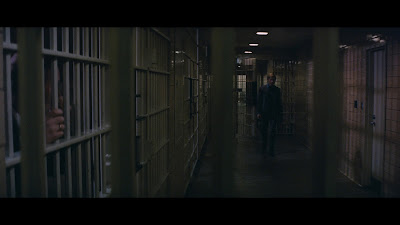 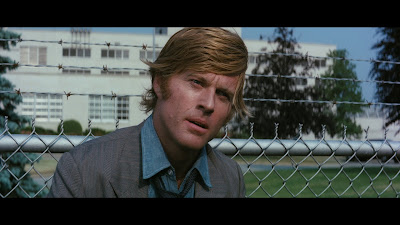 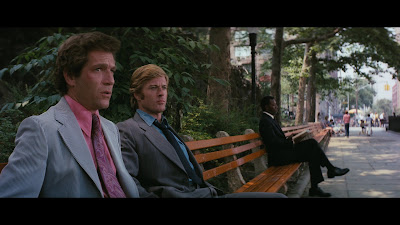 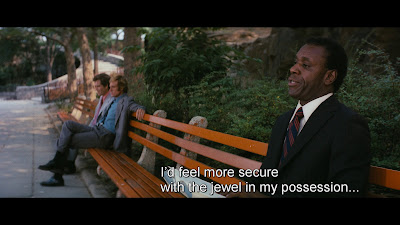 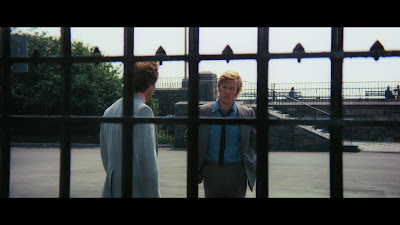 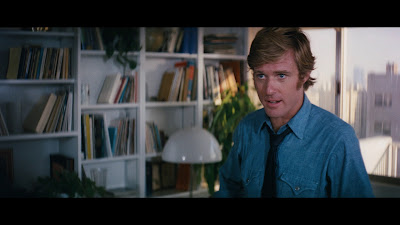 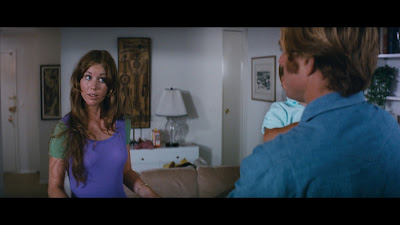 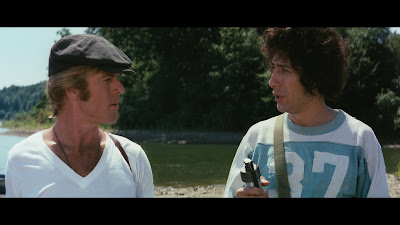 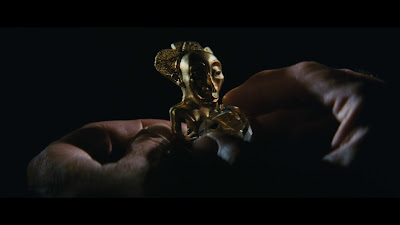 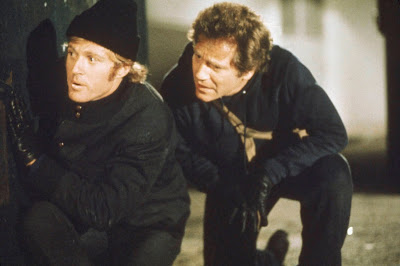 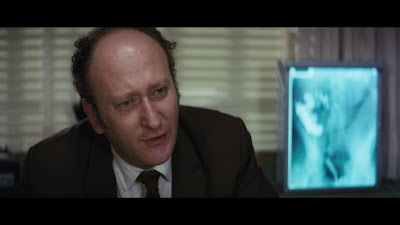 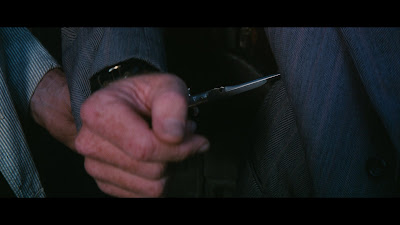 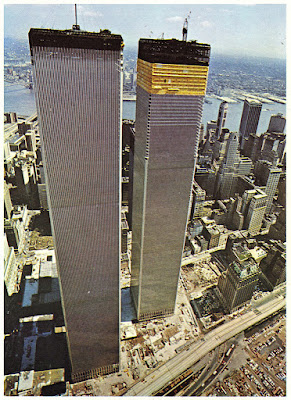 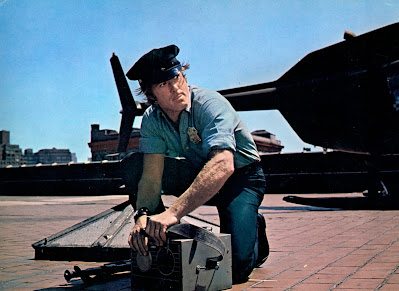 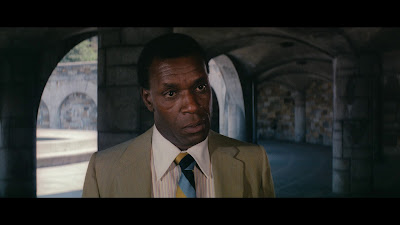 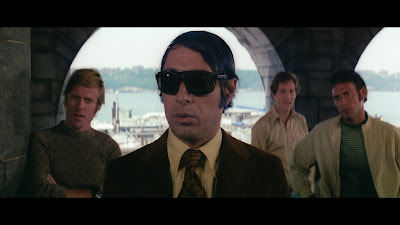 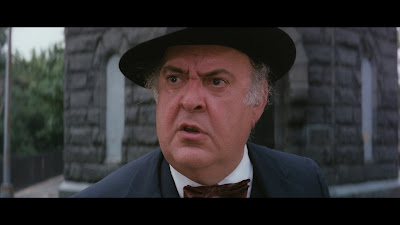 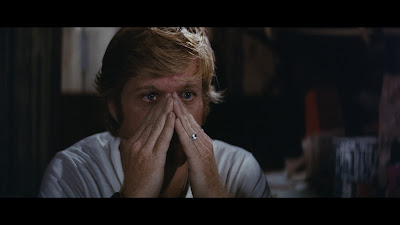 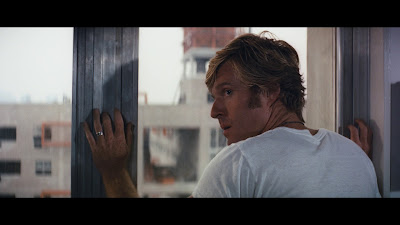 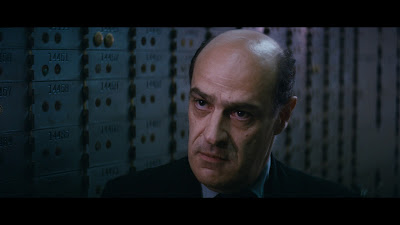 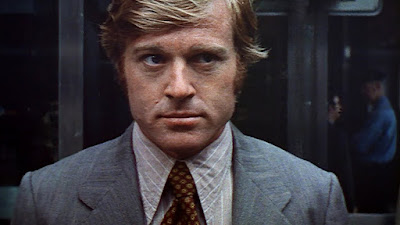 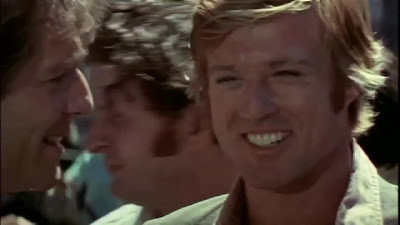 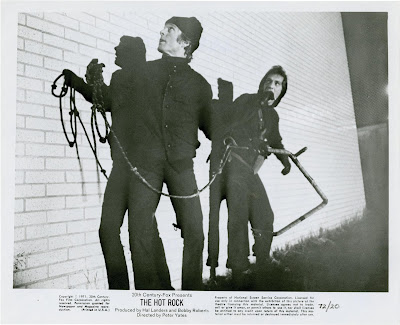 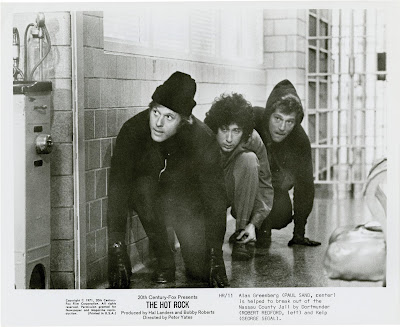 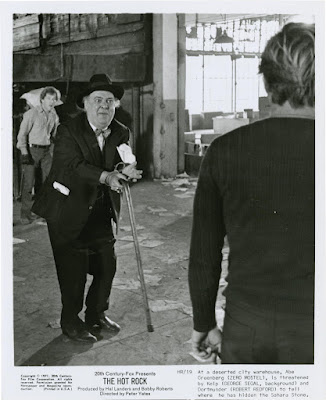 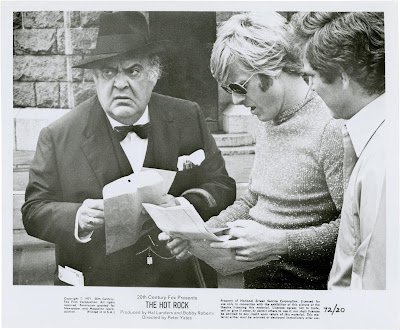 A somewhat quirky comedy of errors movie that is a combination of character study and heist film gone wrong that got poor reviews at the time of its release, yet is something of a hidden gem to watch, offering a time capsule of Manhattan in the early 1970’s, with an aerial helicopter shot that beautifully merges the Hudson River with New York City skyscrapers, providing ample evidence of the still-under-construction twin towers of the World Trade Center buildings clearly seen when they were nearing completion.  With more than a hundred novels and non-fiction books to his credit, specializing in crime fiction, Donald E. Westlake had been providing material for some of the better American thrillers for years, usually centered around a single character, where he is perhaps best-remembered for creating two professional master thief criminal characters who each starred in a long-running book series with over a dozen books, starting with the relentless, hardboiled Parker, published under the pen name Richard Stark, where his 1962 novel The Hunter was the source material for John Boorman’s Point Blank (1967), later introducing the more stoic and notably pessimistic John Dortmunder, where bad luck seems to find him, developing the reputation of being jinxed, allowing the author to explore greater aspects of unexpected humor.  Written in 1970, adapted for the movie by heralded screenwriter William Goldman, this was the first of the Dortmunder novels, the protagonist of 14 novels and 11 short stories published between 1970 and 2009, a character known for his careful and meticulous planning, where there’s literally nothing he can’t steal, yet he’s twice been convicted of burglary, where hanging over his head is the knowledge that a third conviction will mean that he will be sent back to prison for the rest of his life with no chance of parole.  Yet moments after his release from his second stint in prison, he’s already plotting the masterplan for a new crime.  According to Westlake, this started out as one of his darker Parker novels, but that “it kept turning funny.”  Essentially a story involving a precious gem that is stolen, lost, reacquired, stolen again, lost again, becoming a revolving door of utter futility, featuring a likable yet bumbling cast of characters, where despite their best efforts, something always seems to go wrong.  In the eyes of British director Peter Yates, who had a short-lived career as as a professional race car driver, he actually preferred this movie to the much more acclaimed Bullitt (1968), proving there’s just no accounting for taste, yet this film accentuates characters who, “like many people, plan things all their lives and never have it work out.”  While the film was surprisingly nominated for an Academy Award for best editing, what stands out is the eloquent and sophisticated quality of the jazz score composed by Quincy Jones, where each of the musicians are listed in the end credits, an unheard of practice at the time.

Robert Redford plays Dortmunder, having recently learned the trade of plumbing while in prison, met on the outside in a stolen Cadillac by his perky brother-in-law Andy Kelp, George Segal, a locksmith whose cheerful optimism is the polar opposite of Dortmunder’s dour reticence, schmoozing up to him while making immediate suggestions, as a giant African diamond, the Sahara Stone, is currently on display in the Brooklyn Museum, the crown jewel of a former British colony that was recently granted independence and split into two nations, remaining a bone of contention between two rival African nations, unfortunately claimed by both ever since it was stolen during colonial days.  Hired by an unscrupulous United Nations ambassador representing one of the countries, Dr. Amusa (Moses Gunn), Dortmunder hires his team, including Kelp, of course, explosives expert Allan Greenberg (Paul Sand), learning his trade at the Sorbonne and from esteemed college campuses across the country known for expressing political dissent, and the gang’s driver, Stan March (a memorably over-the-top Ron Leibman), a jack-of-all trades who can drive anything, living at home with his cab-driver mother (Charlotte Rae), where his life is consumed by cars, yet his happiest moment is listening to audio LP recordings of the revving engines racing by from the Indianapolis 500 race for relaxation, and virtually every conversation he has includes a wildly detailed account of his most recent excursions in his car.  Despite careful planning, something always goes wrong, and the group must steal the diamond all over again, as the list of items needed keep accumulating expenses, yet the inventive aspects of each heist grow wildly imaginative, where the preposterousness of their daring acts is extraordinary to behold, becoming the template (along with the Ratpack’s original version of OCEAN’S 11 in 1960) for Soderbergh’s Ocean's film series (2001 – 2007), with an all-female spinoff in 2018, along with a host of other heist flicks, becoming an elaborate choreography of outlandish criminal acts mixed with well-known celebrities, recognized for displaying stellar ensemble casts.  The real flavor of this film is just how unlikely the personalities mesh, as they all kind of get on each other’s nerves, yet they’re all skilled at what they do.  Dortmunder, as the master planner, gets no more than the rest, each one distinguishing themselves in their roles, so it’s a carefully calibrated operation where everyone gets an equal share, yet the atmospheric jazz music gives this a cool, laid-back vibe, where the whole thing looks effortless.  The 70’s was a terrific era of American films, (In '70s, movies were more daring, real - Chicago Tribune), with many scholars claiming it was the greatest decade overall due to the arrival of a new young crop of directors, not only New Hollywood, but around the world.  Adding to the illustrious mix of Martin Scorsese, Francis Ford Coppola, Steven Spielberg, and George Lucas would be new talents like Hal Ashby and Alan J. Pakula, Sidney Lumet and Robert Altman, Barbara Loden and Elaine May, John Cassavetes and David Lynch, Gordon Parks and Melvin van Peebles, along with German New Wave legends Rainier Werner Fassbinder, Wim Wenders, and Werner Herzog, just to name a few.

In an interview with Daily Blender back in 2017, Steven Soderbergh offered some insight into his Ocean’s films, An Interview with Steven Soderbergh | Daily Blender.  “There’s no rational reason why, as a kid, what I would call caper movies would have such an appeal to me.  But they always did.  There’s a great film called ‘The Hot Rock.’  It’s really good.  Robert Redford, 1972.  It’s hilarious.  You’ll see how much of an influence it was on the Ocean’s films.  That sense of humor.  I just like them.  That kind of humor and a sort of puzzle.  It’s something that movies are good for.”  When the film tanked at the box office, Redford blamed it on the British director, known for making action movies, contending this is a small, character-driven comedy filled with American humor that had a difficult time resonating onscreen.  Not so sure that’s true at all, as this is a comedy of misdirection, providing some zany, off-the-wall heists, carried out to perfection, yet something invariably goes wrong, something impossible to plan for, reality perhaps.  They’re such smooth operators that you have to admire their obvious skills, ability to improvise on the spot, and continuously throw others off-track, and while these are career criminals, their perspective is so calculated and so expertly realized that audiences will side with them, turning this into an ensemble buddy movie, where the extreme degree of personal flavor added only adds to our appreciation of them as a group overall.  They’re just a likable bunch, willing to go the extra mile to create and execute ingenious plans that carry a heavy entertainment value, where handing over the new shopping list of their requirements grows increasingly hilarious, and it’s not based on guns and explosions, or heavy gratuitous violence, and no sex to speak of, yet the ability to bring so much character development into the film works wonders, as we feel like we know these guys, having hung out with them for a good part of the film.  But things take a sudden and unexpected turn for the worse when we are introduced to a new character, the larger-than-life, fedora-wearing Zero Mostel as Abe Greenberg, a scene-stealer if ever there was one, a variation of his slimy role of Max Bialystock in THE PRODUCERS (1967), a man who could con anyone out of their money and do it with a smile.  He is the unexpected roadblock that puts the kibosh on all their hard-earned plans, suddenly outsmarted by a venerable old lawyer whose wretchedly underhanded tactics are the picture of corruption and sleaze, so extravagantly unorthodox and evil that even this cabal of thieves must sit back and admire, throwing a monkey wrench into their entire operations.  Mostel is so adorably repugnant that in the theater he would get a standing ovation for his mastery of sheer gall on display, taking a back seat to no one, where in a nod to THE MANCHURIAN CANDIDATE (1962), a hypnotist named Miasmo (Lynne Gordon) provides the missing ingredient.  Seeing as how this is a breezy, feel-good movie, it all works out in the end.  Bookending the beginning with Redford cautiously walking down the street after he gets out of prison, yet breaking into a playful dance at the end as he so effortlessly strolls across the busy streets and down the heavily populated Manhattan sidewalks of New York, confidently walking a couple of blocks, relishing his celebratory mood to the music of Dixieland, bringing the film to a rollicking curtain-ending close where it will likely leave you with a smile.