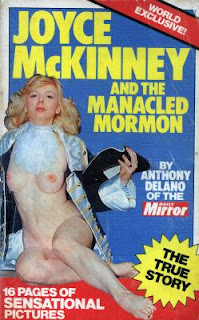 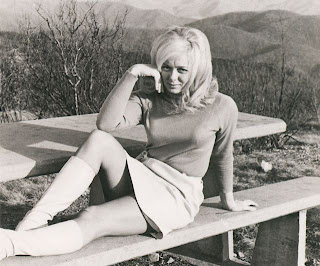 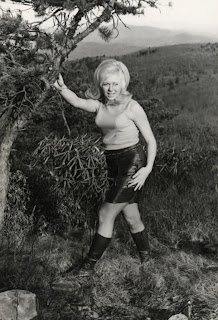 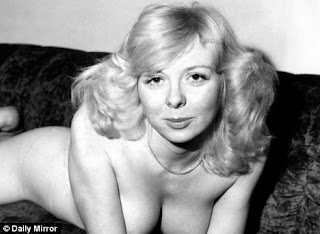 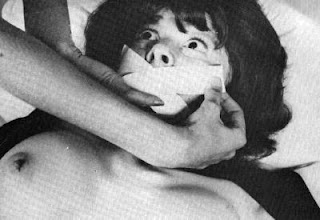 TABLOID                             B+
USA  (87 mi)  2010  d:  Errol Morris
Another zany exposé from Errol Morris, in the comic manner of FAST, CHEAP, & OUT OF CONTROL (1997), digging out of the mothballs the story of Joyce McKinney, a North Carolina beauty queen with an alleged IQ of 168 who in 1977 fell in love with a Mormon boyfriend in Utah named Kirk Anderson, but had to track him down to his missionary duty in England and allegedly shackle him to a bed as her sex slave for 3 days of wanton lust where they apparently had intercourse 7 times as she attempted to drive the Mormon out of the boy.  This alleged de-programming effect failed however, as he eventually returned to the Mormon fold, but not until after a police inquiry that became sizzling tabloid sensation in the British press, becoming a full out war between the Daily Express and the Daily Mirror, dueling tabloids that couldn’t invent more salacious copy than the words that came out of Ms. McKinney’s mouth during a bail hearing in open court where she freely admitted to her attempted rescue operation.  Though she claimed to use ropes on only one leg, allowing him to reach the toilet, the tabloids preferred to use phrases like “chained to the bed with padlocks where his arms and legs were spread-eagled.”  Morris tracked down the reporters for each paper, Peter Tory for the Express, still fixated on the word spread-eagled, and Kent Gavin, a photographer for the Mirror who helped dig up some naked photos in her past.  As the Express was running a weekly column with McKinney dressed as a nun confessing her innocence, the Mirror had lurid front page photos of a nude beauty queen who ran S & M sex ads to earn her living.
Left out of the story was McKinney’s earlier attempt to snare one of the Osmond’s, and that would be Wayne, before becoming obsessed with Kirk Anderson, following him around the country, where his family didn’t think she looked like a Mormon, continually stalking him and confessing her love until he’d had enough, requesting to be sent overseas.  Little did he know that she hired a detective to find him, also a pilot and a helper to arrange the kidnapping, men who themselves were smitten with Ms. McKinney, who made a habit of wearing sheer, see-through blouses in their company.  Calling herself Little Miss Perfect, McKinney has put on a few pounds as she looks into the camera, prompted by questions from Morris, still claiming Anderson was the one, the love of her life, claiming she gave up her virginity to win his love, to save him from brainwashing, confessing to the court such juicy items as:
“Kirk has to be tied up to have an orgasm. I co-operated because I loved him and wanted to help him. Sexual bondage turns him on because he doesn't have to feel guilty. The thought of being powerless before a woman seems to excite him. I didn't have to give him oral sex…I did do it at his request because he likes it.”
But her most memorable utterance was her declaration:  “I loved Kirk so much that I would have skied down Mount Everest in the nude with a carnation up my nose.”  Tabloid sensationalism has never been driven by a more willing public offender.  The judge released her on bail whereupon she and her partner-in-crime donned mime troupe costumes and wearing a red wig she skipped out of the country pretending to be a deaf mute.
This kind of stuff flies fast and furious out of McKinney’s mouth, where she claims she was moved by scenes from Franco Zeffirelli’s  BROTHER SUN, SISTER MOON (1972), a dramatization of the life of St. Francis of Assisi before his conversion, including a special relationship with a tantalizing young female, Judi Bowker, who later resurfaced with Harry Hamlin in CLASH OF THE TITANS (1981) and can be seen here: Images for judi bowker photos.  But she eventually faded from public view, a footnote into a forgotten era.  Then out of nowhere, Ms. McKinney veers off into her lifelong companionship with her favorite dog, claiming she’s still pining away in celibacy for her man, where all the love she has to give now goes to her dog, who eventually succumbs to cancer.  But alas, she discovers a Korean doctor who specializes in cloning, providing her with 5 cloned puppies, which creates yet another tabloid sensation, especially when this cloning revelation traced back finds hidden among the forgotten archives this even juicier story that was encapsulated in a tell all book, The Case of the Manacled Mormon, sure to be available in libraries and book stores near you.  Especially when questioning the tabloid reporters, the offscreen voice of Morris can often be heard with a mocking incredulous tone, as the reporters themselves, even after all these years, can hardly believe what fell into their laps out of the blue one day, turning Joyce McKinney into the sleazy story of all stories in tabloid heaven.  In the end though, does it really matter whether any of it's true?
Posted by Robert Kennedy at 1:09 AM